I was a cinematographer before I became a director. Although others have done this, it is still a relatively rare transition. It provides me with unique insights into a director's thinking about the cinematographer. I would like to impart those insights here. There are four things in particular I think every cinematographer should know about how a director thinks. 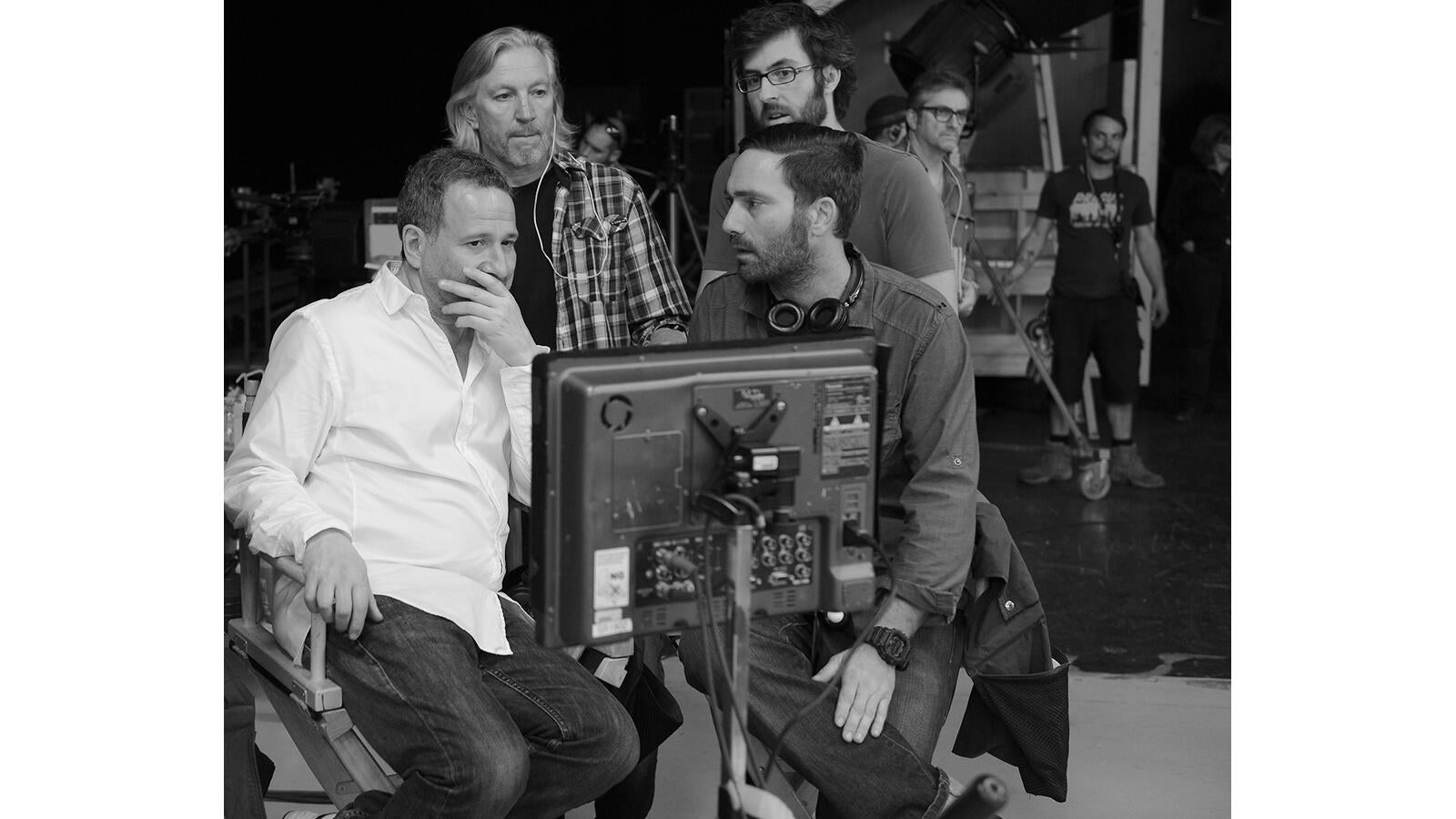 Directing is a daunting job, so a degree of anxiety is natural. The director's agony is made worse because many feel their fear cannot be shown as it will make them appear weak and incompetent. They think they have to internalize their worry, and it preys on them.

When a cinematographer offers unsolicited support, it is gratifying to a director.  Directors are vulnerable. Their many decisions are subject to scrutiny, and there can be no certainty about their wisdom until the film is edited and complete, which is a long time in the future. Further, the director is constantly and necessarily issuing orders while simultaneously seemingly being fêted by the producers, the studio (if there is one), and investors. This can attract the animus of jealous crewmembers. Directing is one of those jobs that everyone is certain they can do as long as they don't have to do it. It is an on-set pastime with many crew members to have a sotto voce running commentary on the director's work. It is a very confident director who isn't a little paranoid around whispering crews. As the cinematographer is one of the key bridges between the director and the crew, I think it is part of their job to defend and support the director.

This is not always easy, particularly when the DP disagrees with the director about a shot of a scene. It is these particular moments where the cinematographer has an opportunity to either rise to the occasion or to seriously subvert the director. The cinematographer who rolls their eyes (actually or figuratively) about a director's choice may believe they are aggrandizing themselves in the eyes of their fellow workers. They are not. Their behaviour certainly has a profound impact, just not the one they intended. Two things happen. First, the film's quality will invariably be reduced because there can only be a single unifying intelligence on a movie, and that has to be the director. Films are complex designs. Someone has to have their eye on its final overall shape. Further, the director has to marshal the crew’s and cast's talents and energies. When the senior technician on the unit is implying the director is incompetent, morale collapses, as does efficiency because there is no longer an agreed informing vision.

When people start second-guessing decisions on a film, the film loses its way. Crews intuitively know that bad directors make bad films; if the DP causes them to believe by implication, they are working on a bad film, the crew will not be inspired; they won't try to make the film greater than it is, and the film's "badness" becomes a self-fulfilling prophecy.

The second effect of a cinematographer subverting a director is that, surprisingly, the cinematographer loses the respect of the people they sought to impress. It's difficult to say why, but I have observed that even directors who are unpopular are recognized as leaders, and attempts to undermine them are seen as acts of low character. Many young cinematographers, if in conflict with their directors, think that neutral observers will see the justice of their cause and side with them. They are usually wrong. Crews are predisposed to respect directors, and they are predisposed to have some natural mercenary inclinations, to protect themselves and their futures. They are not going to jump into a fight that will hurt their careers. 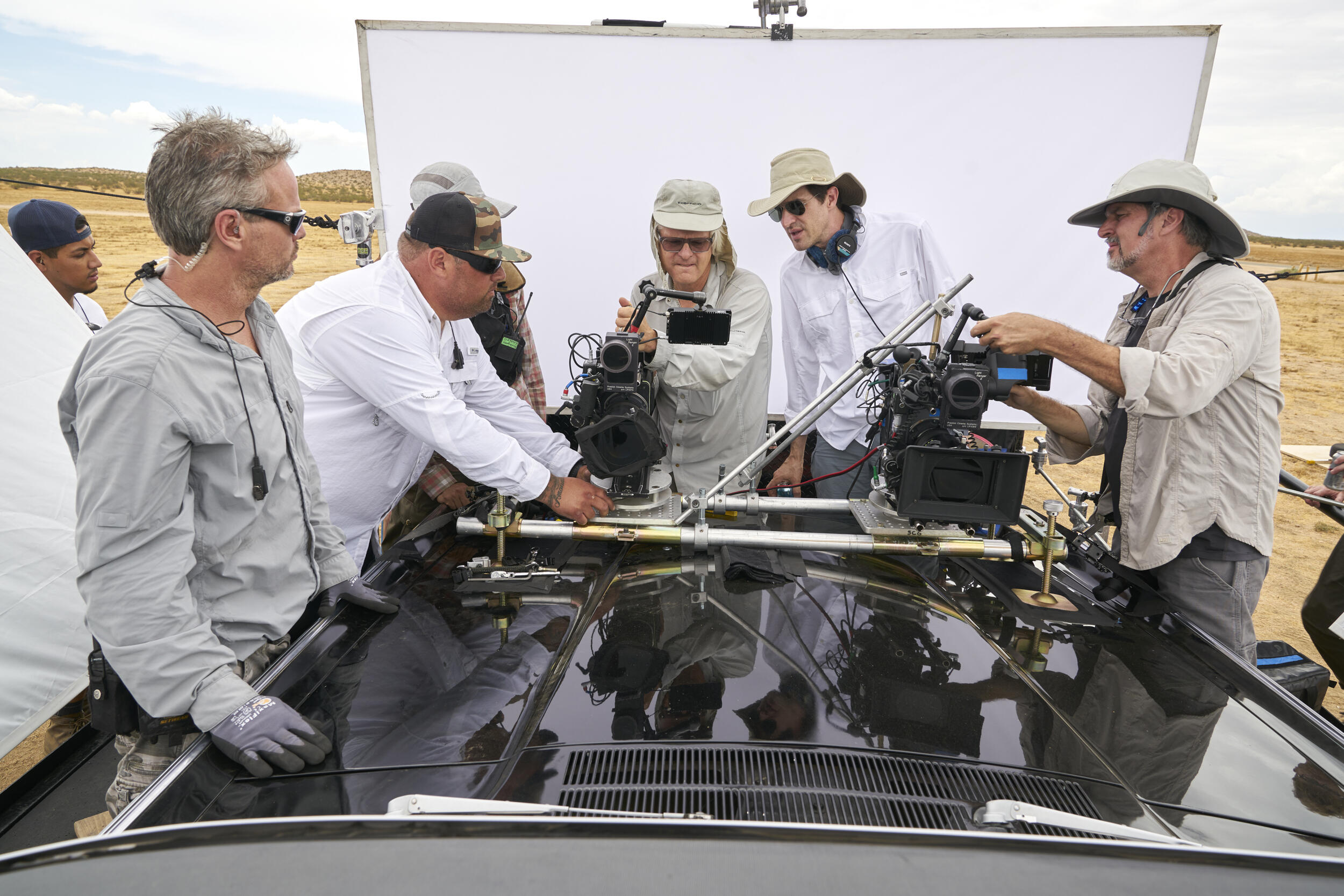 There's another better reason why the cinematographer should subordinate their own views to the director's views. I have found that when I force myself to overcome my ego-attachment to my own notions and instead get fully behind someone else's ideas, it changes my character and nature.

Rather than diminishing me, it makes me better; I discover new ways of looking at the same things. It is not a matter of right or wrong; it's a matter of a different perspective giving a new and better understanding. The Sophist philosophers suggested that any point of view can ultimately be argued. There is something of value in that perspective. To FORCE yourself to take a wholly different view from where your intuition guides you is edifying; ideas become fresh. It is not always easy, particularly when a DP is heavily invested in an idea (like a major lighting set up), and a director rejects it. It is humiliating and worse; busy directors don't always explain their reasons, compounding the embarrassment for the DP. Having directed, I wholly understand the efficacy of making a decision without discussion, and I learned to accept it as a DP. In fact, I made it easier for directors to tell me to change something; I had a catchphrase, which was, "Of course, your idea is better, my God, what was I thinking? It wasn't my idea. It was the producer’s." This was sort of a comic mantra; it relieved tension. It showed respect for the director. It showed considerable humility on my part and it allowed the unit to move forward efficiently, without argument or drama. It even got the occasional laugh from some stone-faced producers.

The point is to recognize that directing is a lonely occupation. They need help, so I think it is the height of professionalism for a cinematographer to support the director. It not only makes the film better, but it also makes the cinematographer better, and it earns the admiration of the crew. 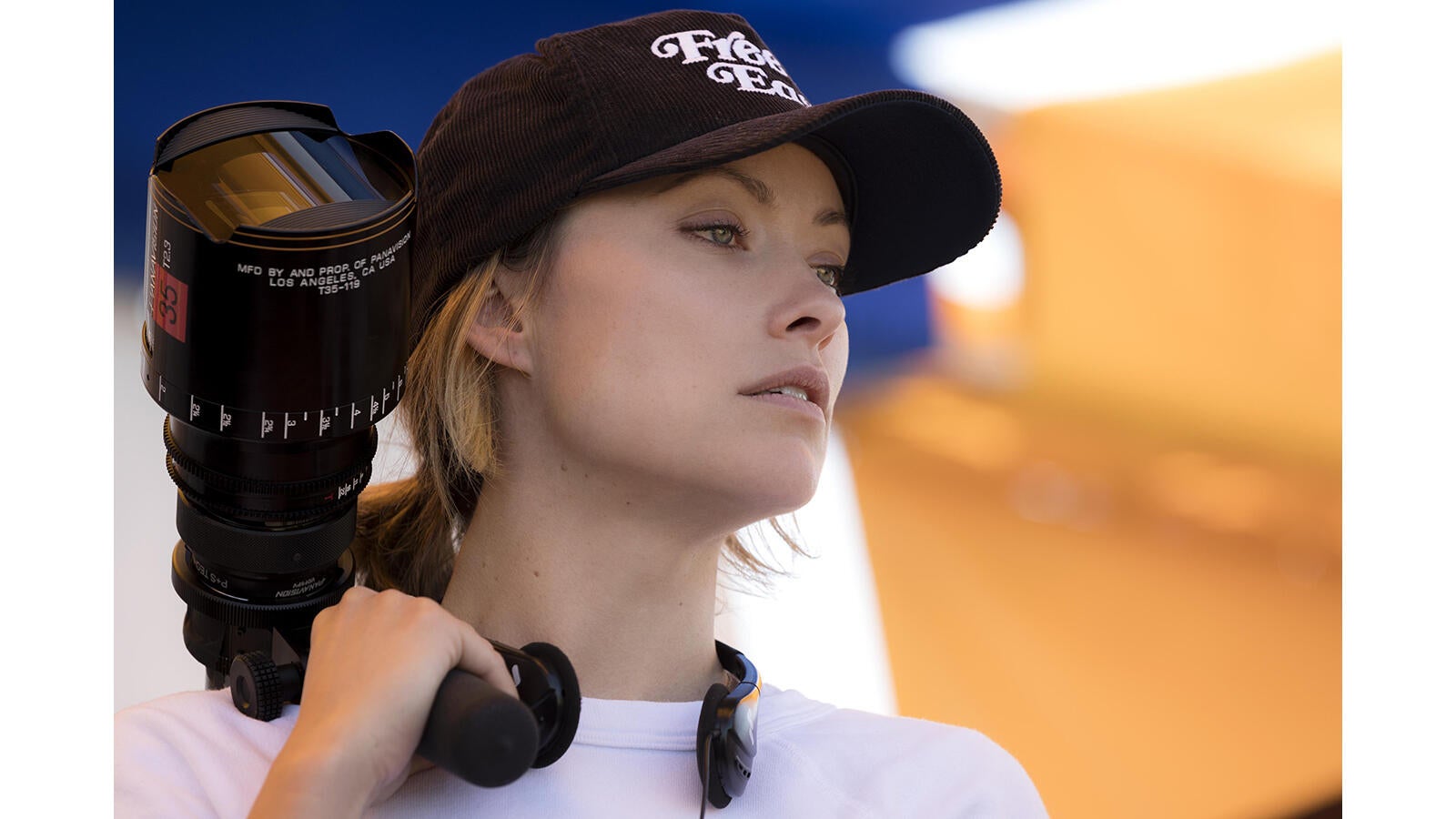 Olivia Wilde, director of the short film "Wake Up" - Shot on VENICE

2. Very often directors only have a partial plan.

Directors come to a film in a variety of ways. Sometimes they are a gun-for-hire, and sometimes they have written the script and are writer/directors. In either case, they will have a general idea about what they want to do, and even some specific notions about individual scenes. What they won't have is a detailed plan about lighting, camera movements, composition, and anything else to do with cinematography. These things have to evolve in collaboration with the cinematographer. Not all directors are willing to admit they haven't always thought out every minute aspect of their film, but I can assure you they haven't.

Directing a film is a monumental undertaking. Directors do a lot, but they can't and shouldn't try to do everything. This then is another opportunity for the cinematographer to step up. The cinematographer should have as many conversations with the director as early as possible in the pre-production to come to an understanding of the director's general vision. Directors have an impossible amount of work, and everyone is vying for their attention. In my own case, I would start each day in prep with plans and priorities, but inevitably small crises would pull me in different directions. So, it is incumbent on the cinematographer to carve out time with the director and emphasize its importance.

There are two equally important scripts on every movie. The screenplay, which everyone knows about, and the visual script, which no one references directly. That visual script, the determinations about lighting, camera movement, composition, lenses, filters, color design, the camera package selection, and many more things is co-created by the director and the cinematographer. However, unlike the screenwriter they don't have weeks to do it, not months and years. A word of warning - as the shoot date approaches on a film, directors start to slide things forward; they never have enough time to deal with everything in prep. There is an inclination for them to think they can figure things out with the DP on the shooting day. This is a huge error. Figuring things out during prep is more creative, less fraught, and much less expensive. If you are a cinematographer, fight for time with the director. Get the meeting out of the production office if possible. It is essential creative work shouldn't be interrupted by PA's asking for lunch orders. It has to be about art. When I was a cinematographer, I would bring art books and still photographs and clips from other movies to the meeting to inspire the director and also to create a visual shorthand we could use, as words fail the description of images. I would offer many alternatives and suggest a variety of ideas as potential pathways forward. 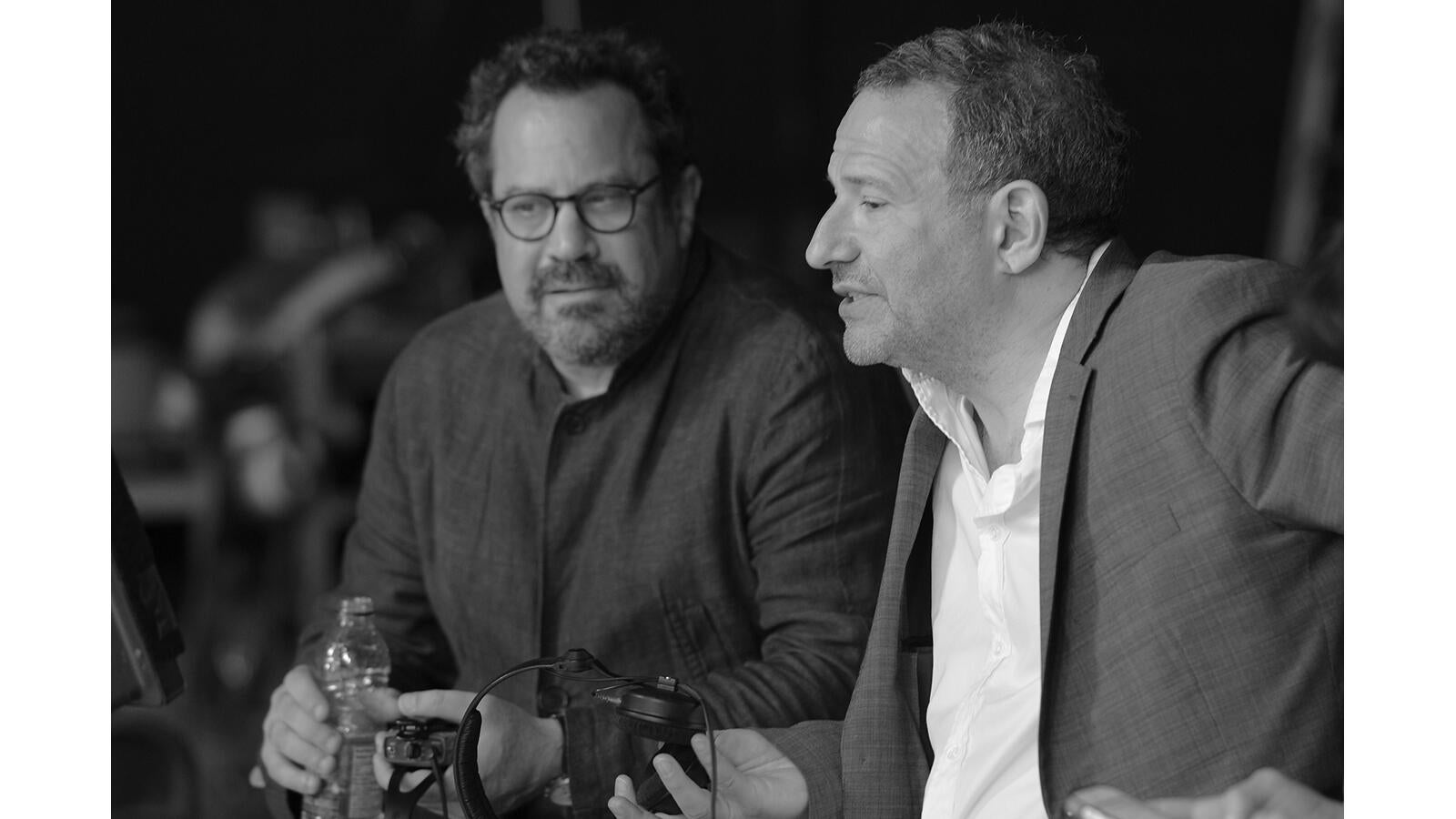 Storyboarding can be very useful in this process. More often as not, the storyboard won't be fully utilized in the shooting, but that's okay. Storyboarding in the pre-production allows the cinematographer and the director to come to a specific visual understanding of the film's general look and the visual devices that will be employed to serve the director's, (sometimes amorphous), gradually sharpening vision.

To not have detailed discussions in the pre-production with the director is a disservice to them and to the film. It also makes it hard for the cinematographer to do their job properly. As remote and fearsome as a director might seem, they need a plethora of suggestions offered to them so that they can choose between fully formed and concisely presented ideas to make their decision-making easier. It is said that President Eisenhower used to have his Chief of Staff, John Foster Dulles, reduce everything into a matrix that could be answered with a yes or no to make the president's decisions easier. As a director, I found that the department heads I most appreciated were those who offered up a variety of different ideas from which I could choose. And, the ones who insisted on meeting with me and going over their own visions made my work much easier. 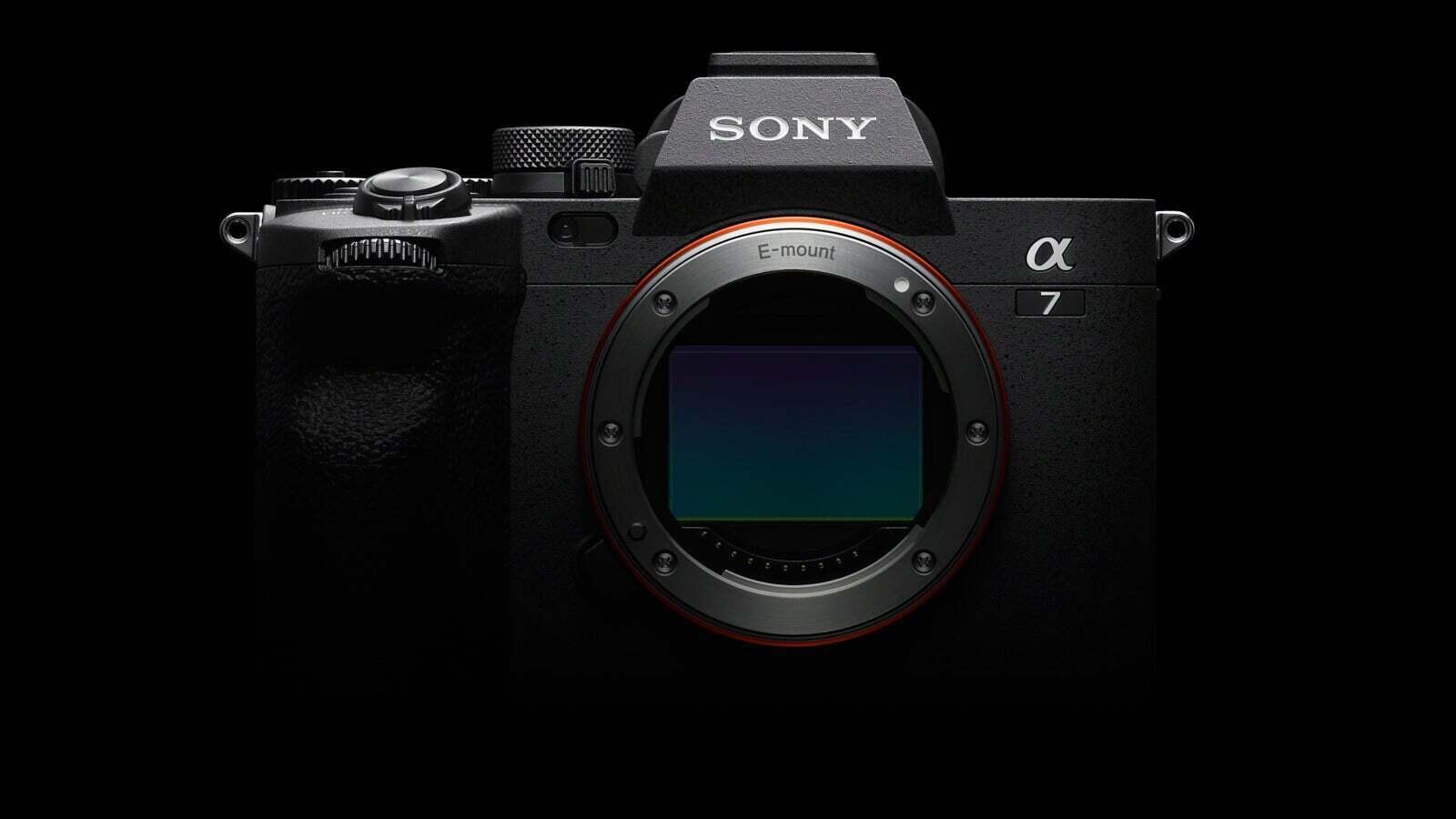 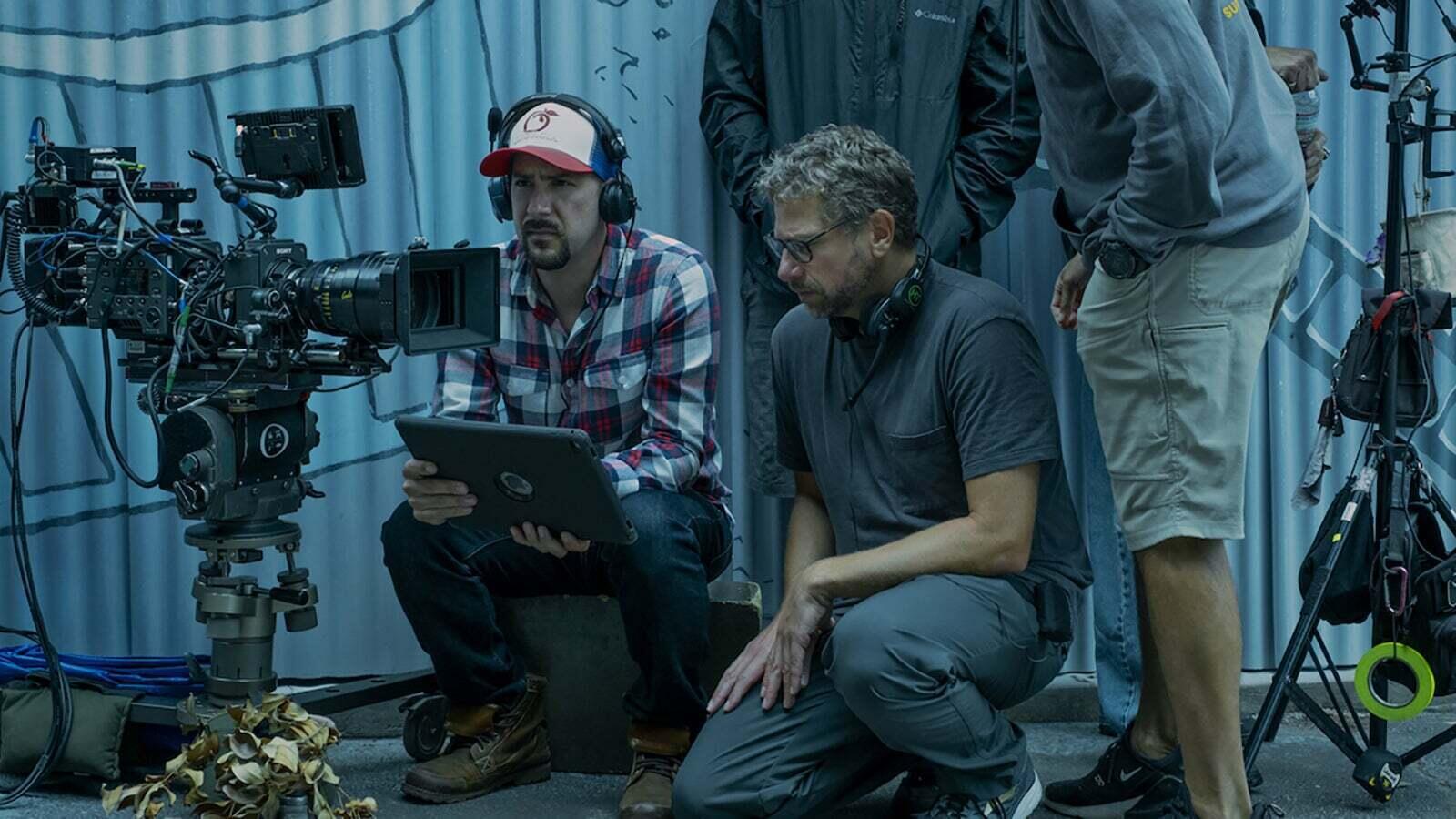 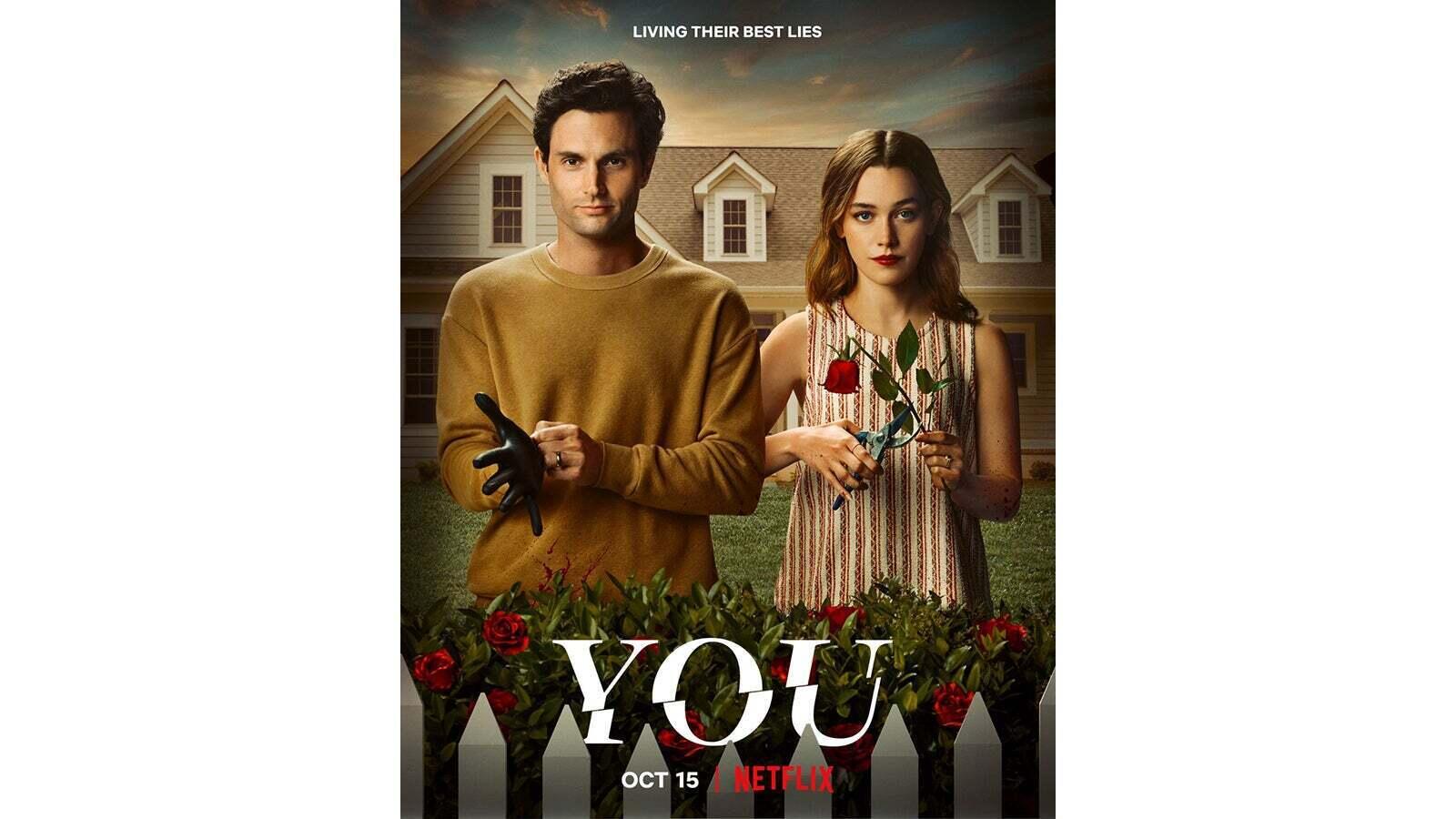