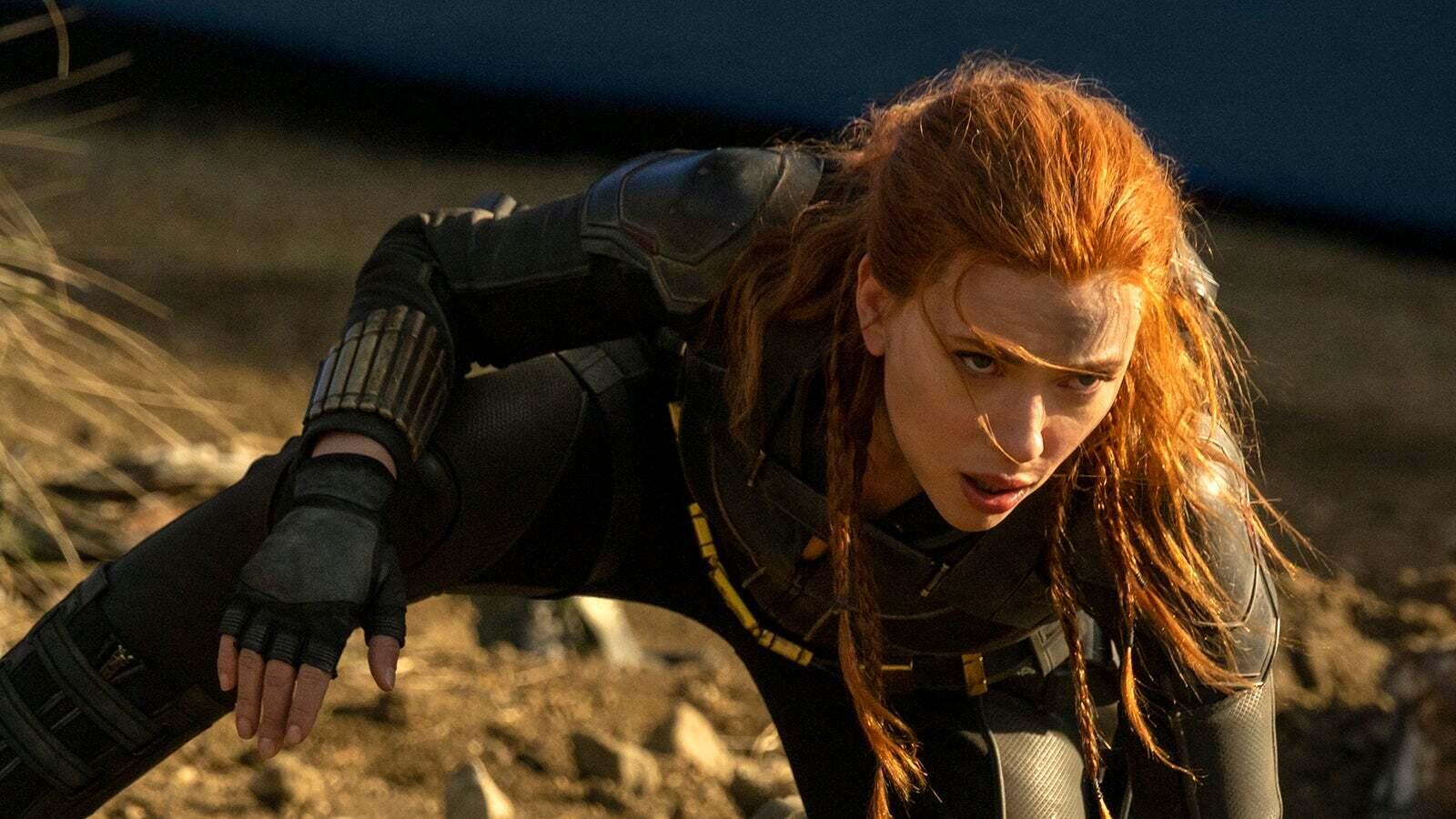 Gaby, I remember when we were both in the UK starting out, we would use a lot of filtration on the lens; front element filters, and even nets or stockings on the rear element. Do you still do that?

It all depends on the project. On Magic City, as you know, because we worked on it together, we used vintage lenses, which work a bit like filters.

Can you talk a bit about the lenses we used on Magic City?

Well, that was one of the very first shows if not the first I started using Super Baltars. Bausch & Lomb had stopped producing them because they use highly radioactive materials for the polishing of the lenses. And also, film lenses were not a good business for them. So we grabbed some and adapted them all to the PL Mount.

Can you explain to the readers about the lens coating on those lenses, or lack thereof?

Exactly. Those lenses don’t have coatings.

And how does that impact that image?

Well, you get really fascinating results in the highlights and flares. The coating on modern lenses, called the anti-halation coating, stops the highlights and flares from blooming. That’s good, but not always interesting. I love the look of the lenses without a coating, to the point that when we used conventional lenses we would remove the coating to match the Super Baltars. We did that with an old set of Cooke lenses and removed the coating from the front element and the back elements. The quality we got was unique. The Super Baltars were special and the Cooke lenses never completely matched them, but they were close enough and worked for us.

I started experimenting with these ideas back when I was shooting Agent Carter, because we also wanted to have that vintage look but in those days equipment houses were not diving completely into vintage lenses. Now companies provide professional housings for the Super Baltars and assistants love them, but before these housings were available using these lenses was an issue. Every time I would change a lens the assistants would have to adapt everything as each lens in the set was completely different from the other lenses in the set; different sizes, different wheels to lock the focus. To really get them all to match and to establish the look I had to put rear element nets on them, which smoothed out the differences, the same way that we used to shoot commercials back in the in England in the '80s.

Gradually as the digital technology has improved and got more similar to film, I switched to front element filters like the Hollywood Black Magic. It’s gotten even better in recent years and now we can be a bit more conservative in the way that we use filtration. If you're doing a visual effects film, you have to be very careful and you can't use a lot of filtration because the effects people cannot easily deal with it; it makes it harder for them to create the effects. 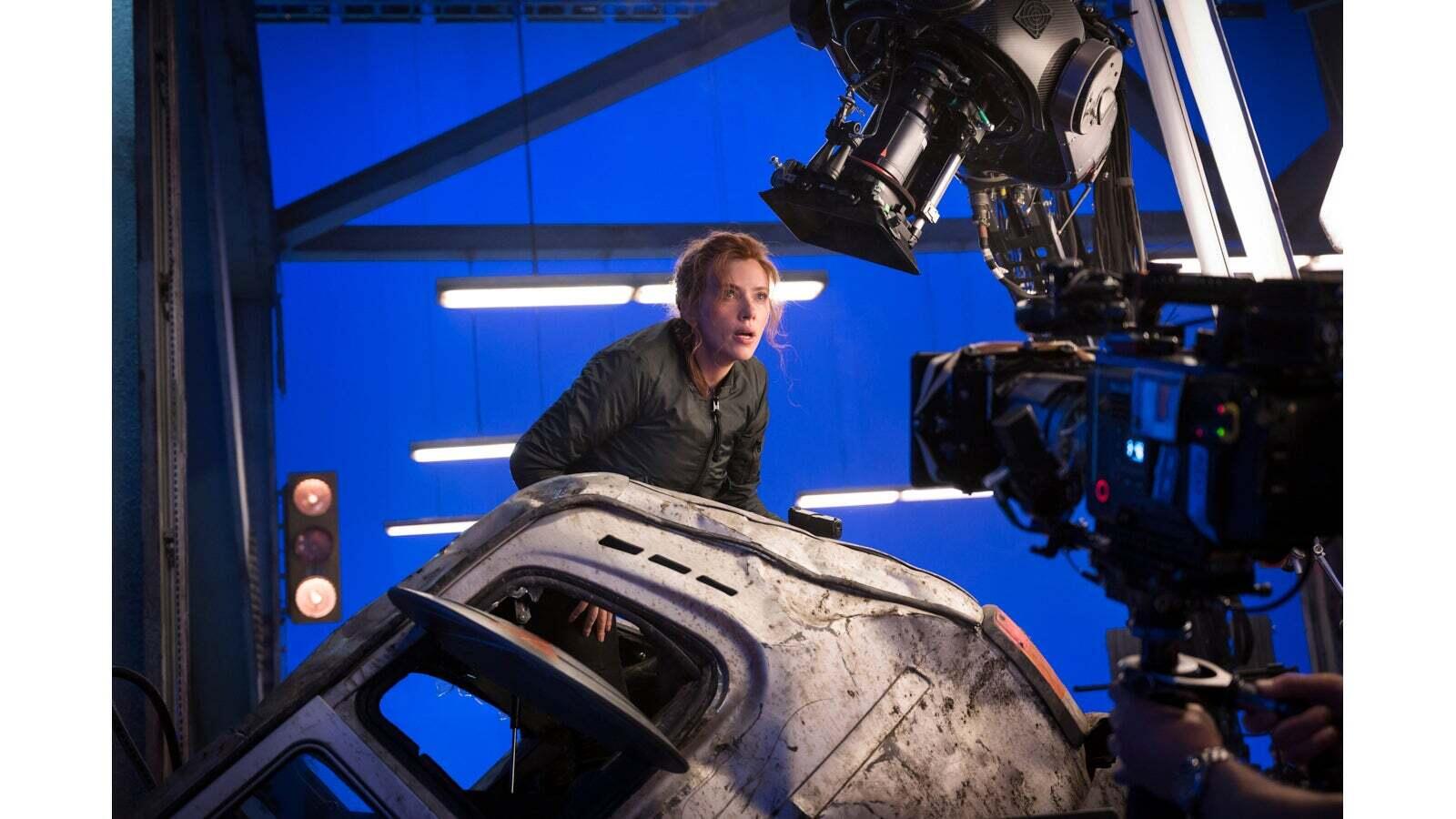 Speaking of effects and backgrounds, when you were doing Black Widow, were you doing any of your work with the Unreal Engine LED screens, or was it green or blue screen?

It was a lot of blue screen. We have one little sequence; a car sequence, where we used the new digital system.

They are great. Not only do they provide the background, it’s not something we add later; the actors can see and interact with what is on the screen. That’s great. It’s like the old rear-screen projectors.

Gaby, I want to talk a little bit about you, the person. I think, genuinely, you’re remarkable. I only know a few people like you who have interest in multiple disciplines which they have studied and examined. Also the fact you can speak multiple languages, the fact you've lived in the United States, you lived in Mexico, and of course you lived in the UK for a long time, which is where we met. You also traveled for films; you went to Pakistan and into the Hindu Kush and the mountains there, you filmed with Michael Douglas in South Africa. You've also worked as a producer. You've got a company that you own and run in Cuba for bringing productions there.

You have a company in Mexico. You're developing scripts. And of course, you direct, so you work with actors, and you have to raise money like all producers do. But you are mainly a creative person and you are an A-List cinematographer who has worked on some of the biggest films ever made. And you have shot and directed television. Less experienced cinematographers don’t have all this experience to draw on. So Gaby, if you can assess it, how does all that you've learned about the human experience, about leadership and management, inform your work as a cinematographer and as a director? 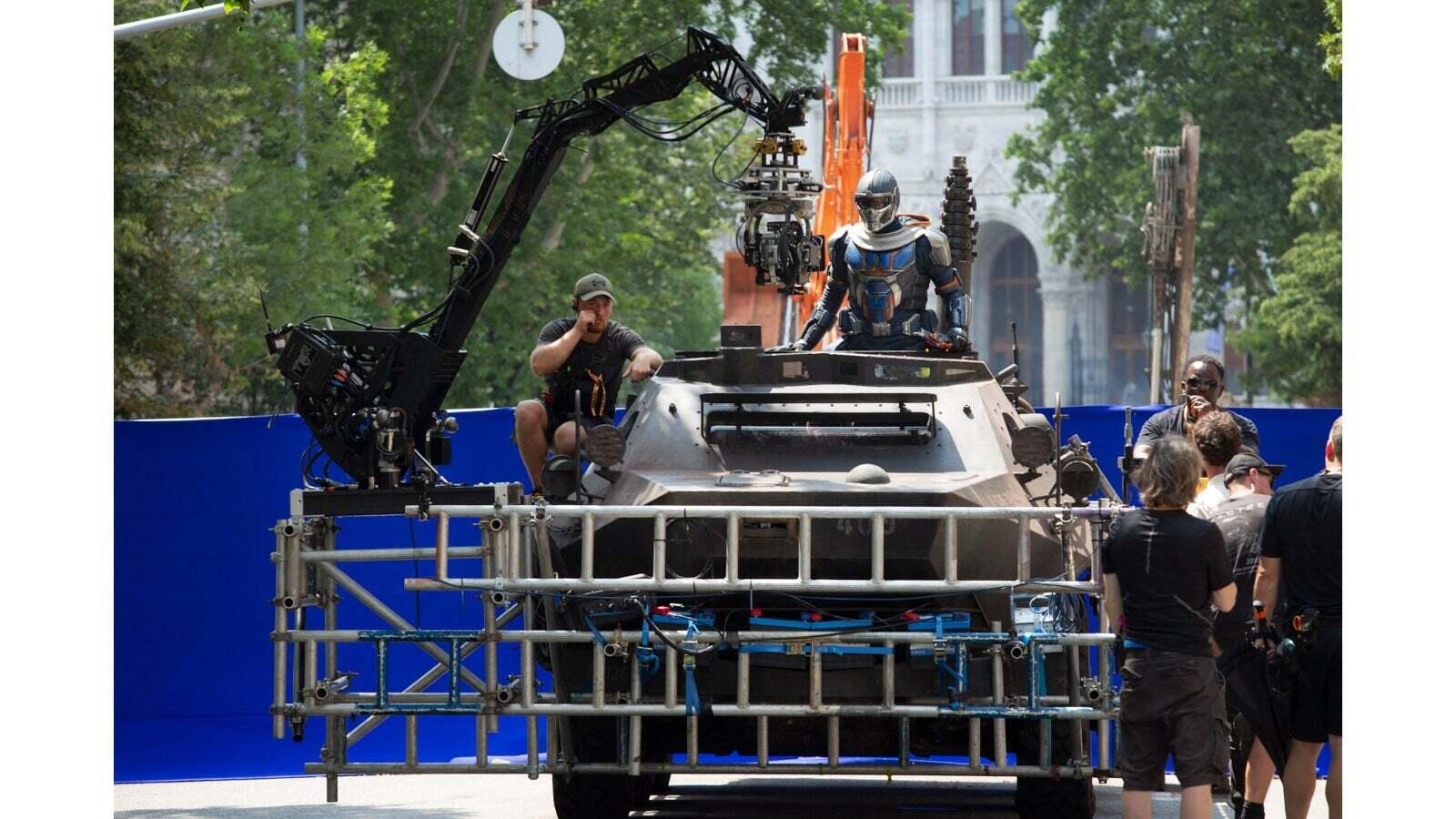 Well, thank you, Steve. You make me laugh a little. You are kind. You have known me for a long time. More than 30 years. I guess in my darker moments I’m convinced that my career is going to be great posthumously. Some student at some university is going to discover me, and write an important paper about me. That's secretly why I don't want to get an award now, because the beauty of that is I don't have awards. I don't have a single award; I don't have a nomination. I don't have anything. It's fantastic.

Funny. Awards or not you are widely admired. More importantly, widely hired for big films. That’s the award I guess.

I think now what I find fascinating is when you truly, truly absorb all your experiences in life and then you decide, Okay, I'm just going to behave in a much more holistic way. I will accept what I can’t change, change what I can. Be at peace, do good work, continue to grow, be generous to others. This is where I have arrived. Why I am so comfortable on set. Why I can direct most things, why I can be supportive of actors and directors. I'm a yogi as you know. I practice Bikram Yoga. I love the practice, not the man by the way.

I have to be a cinematographer now. So in this particular moment, I have to understand that I'm working with the vision of a director, not my vision. I shouldn’t be making my film. I want to realize the vision of the director for whom I am working. So I take what I have learned in my life and I put every bit of knowledge that I have to the service of that idea.

When I direct, now, I want and I demand from everyone that they understand that I have a voice. I could be wrong, but it's my voice. I will see the story I am telling in a particular way. As the director I will play many roles, juggler and jester. And just as I hear the directors for whom I work, I want to be heard when I am directing. But because I have evolved now, everything is about finding a method to express myself creatively. I love directing. I will keep directing, there is joy there and satisfaction, but there is a different joy and satisfaction when I get a call and the caller says, "Gaby come and do my film as a cinematographer." I will do it, and understand better than most that my first job is to absolutely realize the vision of the director and make sure that they are heard. 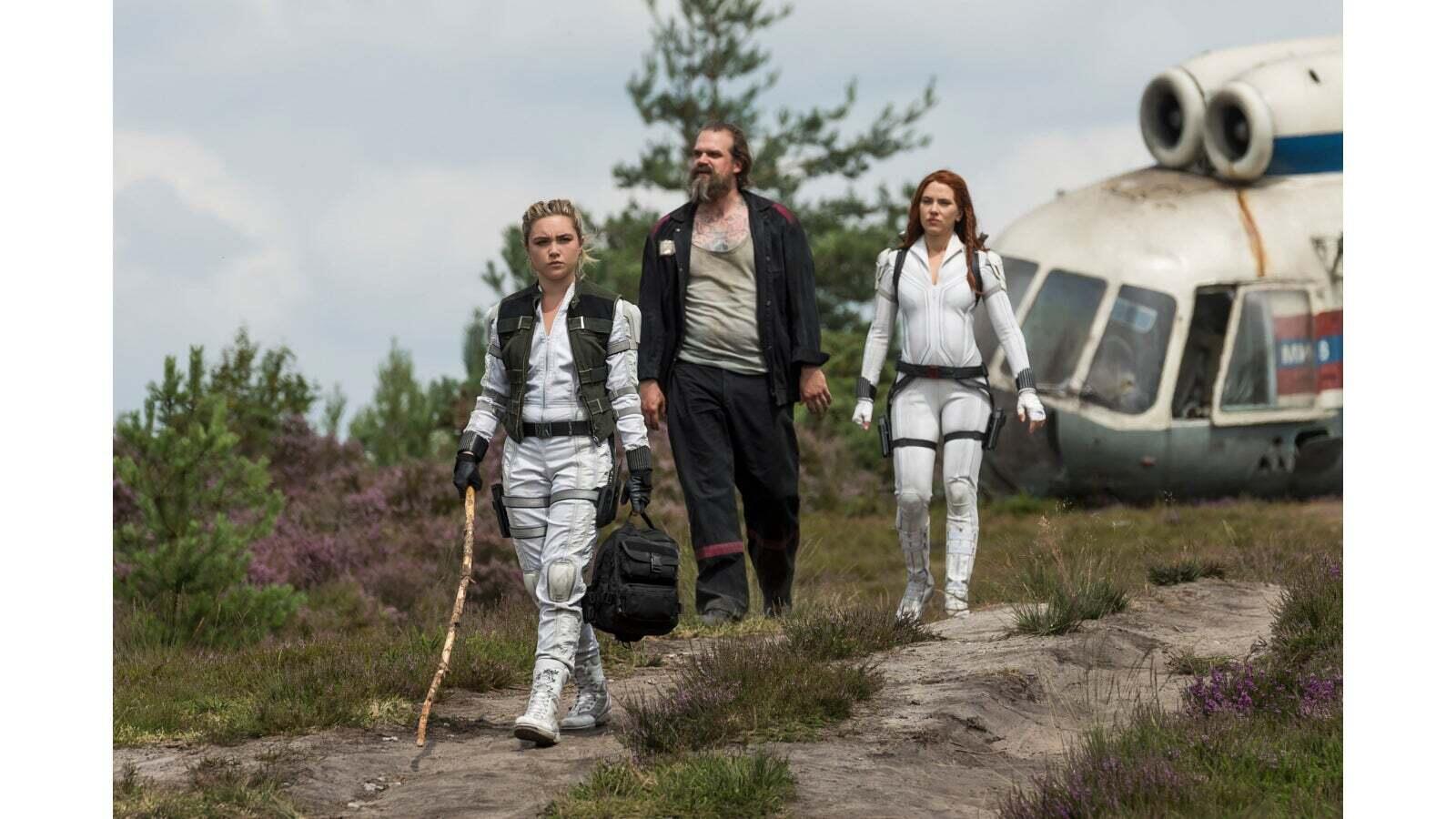 So what I hear you saying is that with experience comes the ability to free yourself from the caprice of ego, that when we're younger and we want to demonstrate our worth, what we think we're trying to do, because in the end, of course, it is the inverse of that. But younger people try to demonstrate their worth by drawing attention to themselves. It’s like what you said about the lighting trucks. When you first have access to multiple lights, you'll tend to use a lot of them. But as you evolve, you discover that sometimes you only need one.

I think it's the same thing with ego that sometimes when we've seen enough of life, we can step back and serve another's vision. By the same token, when we direct we want to work with people who are evolved enough to serve our vision without their ego getting involved.

The general lesson is that acquiring life experiences makes us more valuable, particularly as directors and cinematographers because our jobs are so complex. Have I made it more muddy or does that clarify it?

No, no, I think you put it beautifully. "The caprice of ego," I think is something that I want to borrow. It's such a beautiful expression, absolutely. Yes, experience makes us more valuable. We have seen things before, we have dealt with complex people, famous people, brilliant people. Experience prepares us.

Also it makes us fearless as well because we realize that the consequences of making a mistake are rarely as catastrophic as they seem in our imagination. So we're more inclined to take reasoned risks based on our experience and understanding of what consequences there are. But they're never as bad as they seem in the fevered imagination of someone who's young and ambitious.

Absolutely. Look, I should have a tattoo on my arm (I don't) that says “No fear, no hope. No hope, no fear." Which means, from the Buddhists principle, that if you are fearful you turn to hope, and if you are full of hope, then it brings fear. They are afflictions from which you have to free yourself. 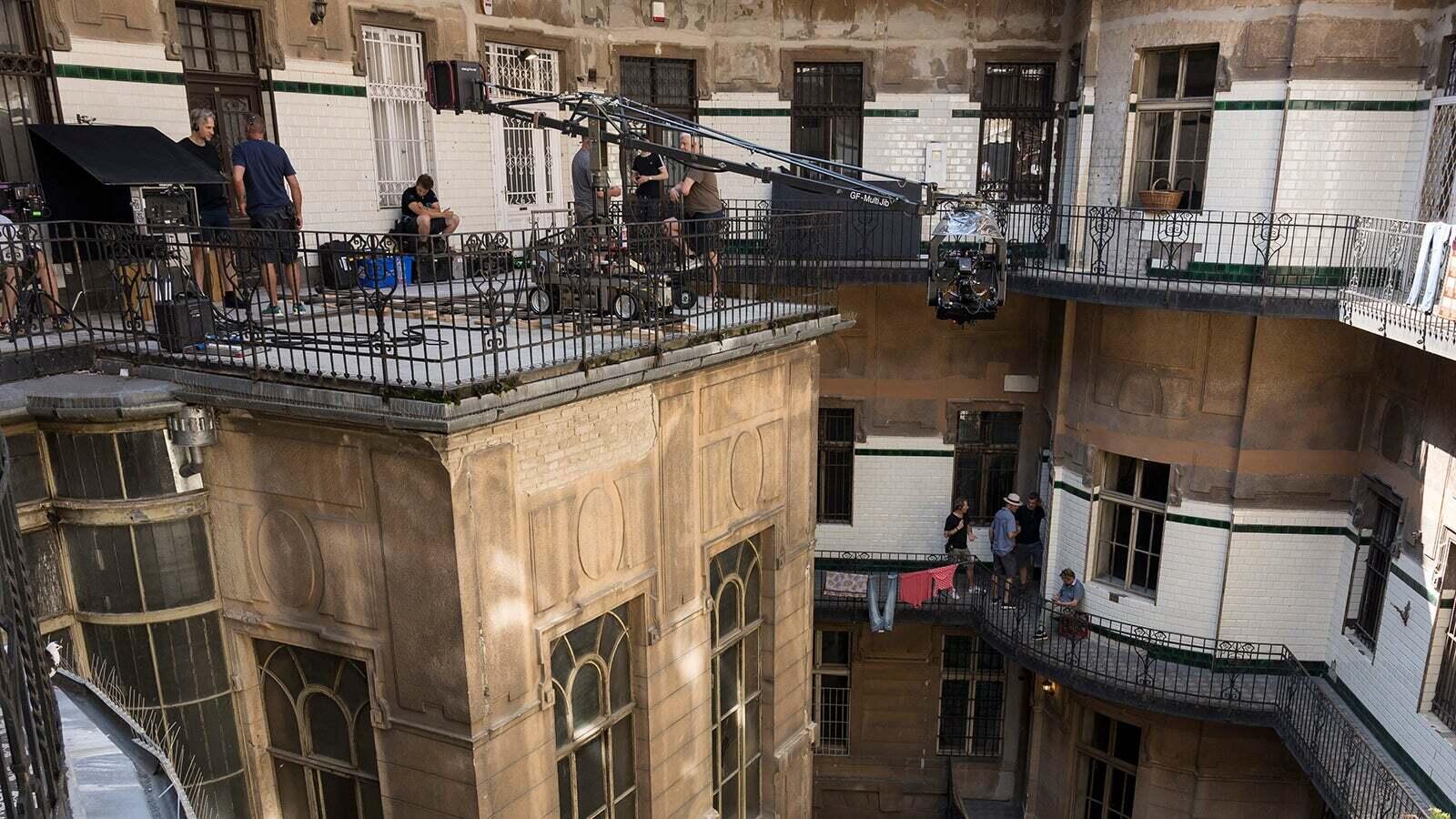 We didn't talk about the TV show you're currently shooting. You mentioned it, Just Beyond. Can you tell us a bit more about it?

It comes from Boom! Studios. They have a phenomenal catalog, and Goosebumps was one of the most important shows in that catalog. But they have tons of other very powerful pieces of material. Very soon, they will be competing in the market with DC and Marvel because their catalog is huge. But they are now working with Fox/Disney, so this is going to be part of the Disney+ slate.

As for the show, so far, it's one season, eight episodes. The producer is David Katzenberg. If you remember, I worked with his dad, Jeffrey Katzenberg, many years ago. David is becoming a very accomplished producer / director in his own right. The pilot and episode two was directed by Marc Webb, who is a very solid director.

Each of the eight episodes are 30 minutes long and anthological. Each story is a completely fantastic little feature film. And each one has got its own style. We will finish by the end of May.

Fantastic. So will Black Widow have a premiere?

I think it's going to be great. I mean, the film is truly remarkable. Scarlett is phenomenal. Florence is wonderful. A great cast. And Rachel Weisz, who just basically brought a lot of class to the project.

Cate Shortland, my director, who had previously worked on very small independent films in Australia, did an extraordinary job. She completely exceeded all expectations, and I think she produced a very solid piece of work.

I'm looking forward to seeing it, Gaby. You are a remarkable person, a remarkable director and cinematographer and a very great friend. Thanks. 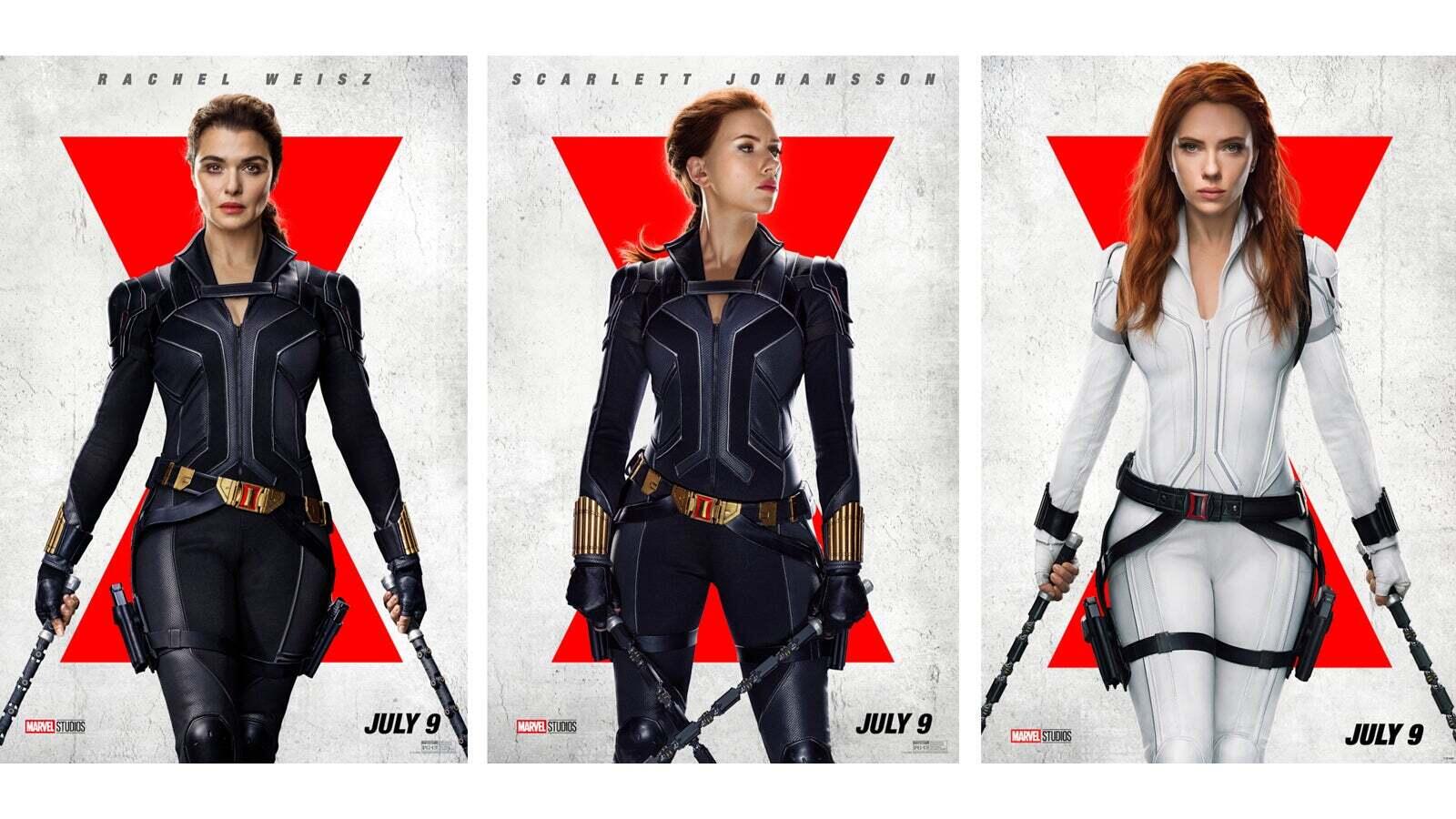