Shot on VENICE: Behind the Scenes of Weird: The Al Yankovic Story

This parody will make you laugh, but the cinematography is no joke. We sat down with cinematographer Ross Ri for a behind-the-scenes look at this outrageous parody of Weird Al’s life and rise to pop culture icon.

Perhaps the only expectation of this feature is that it delivered the unexpected in the most Al way possible. When asked if it’s what Reige expected, he responded “It was tough to have any kind of expectations. I knew all the pieces on paper, I was really excited about it. But none of us knew how we were really going to accomplish it in 18 days. The budget was very tight, even considering the short schedule. So it was like, how do we do justice to the script, because the script is really ambitious? From an AD standpoint, everything has to be where it is, otherwise we've got to rewrite the scenes. Again, we were super fortunate that there weren't any major glitches. We definitely had to make adjustments, but we got away with it.”

As for gear, Weird was shot on VENICE and Hawk V-Lite ‘74 anamorphic lenses, along with the VENICE Rialto extension system. Riege put several cameras to the test. So how did he land on VENICE?

“That was a thing I liked about my test with the VENICE, is that it gave me a little more look around area, so I could just choose how much or how little of the lens I wanted to use. In some of the wider lenses in particular, but it's almost 30% more resolution in area of lens. That was a big part of it, and the other part was I had done just enough work with the VENICE to become comfortable with the 2500 base ISO mode.”

“We carried one Rialto system. With the tight schedule, we had to have it as close to prebuilt as we could, so we'd have the ability to switch. We couldn't carry a dedicated body for that. But we definitely used it a lot for the action stuff, and handheld stuff, and of course when you're on location the spaces aren't always as big as you want them to. Oftentimes on my set, you'll see at least one operator jammed against the wall.” 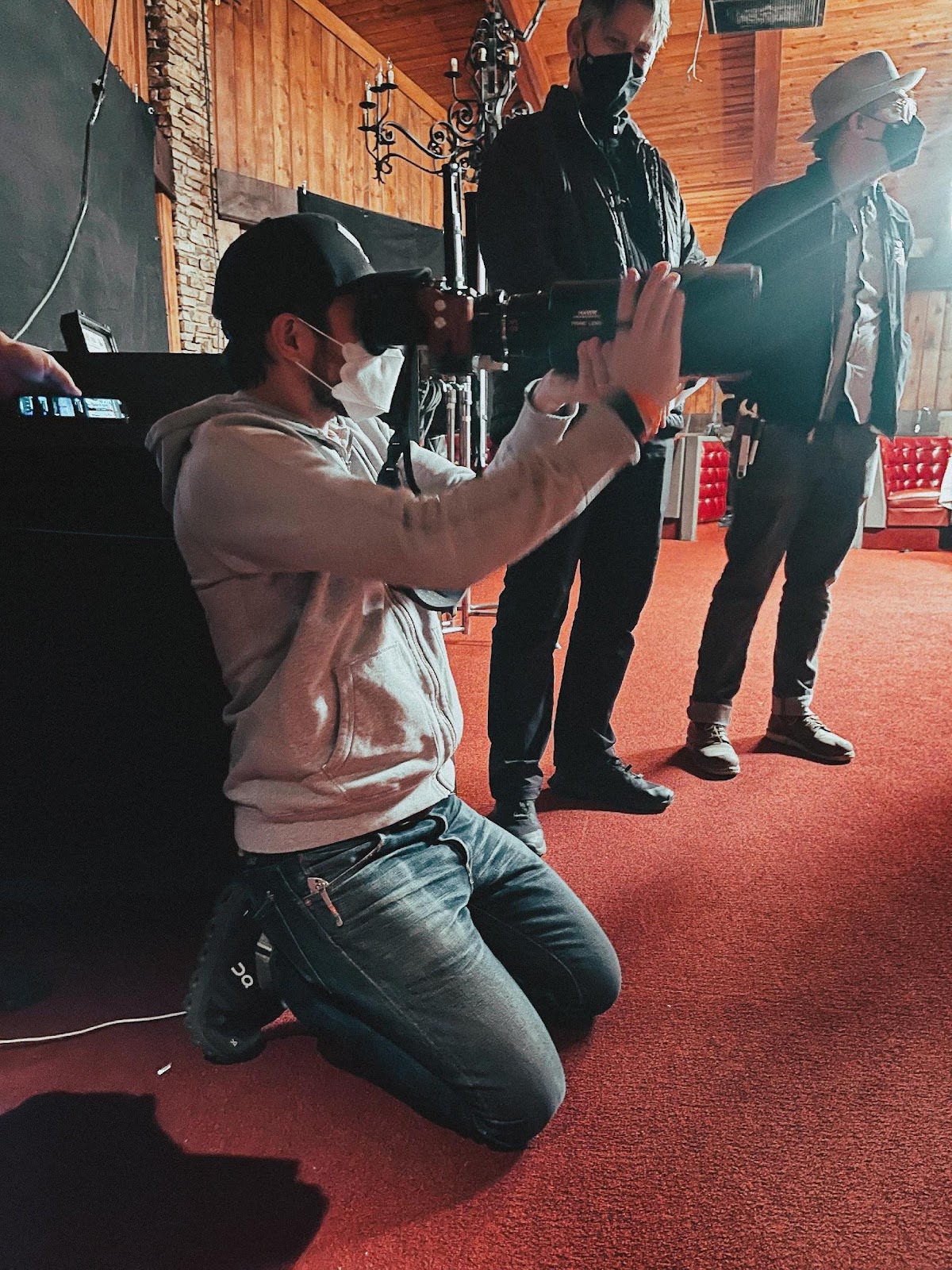 While shooting on location can have its own set of challenges, Reige shares how location shooting paired with the necessary need to innovate and stretch a tight budget offered an unexpected upside.

“One of the things that I always think is an advantage with location shooting, which is sometimes a pain too, is that when you have control over everything, when you're shooting on stage, when you're building sets and you can choose how much space you have, it's hard to keep the same level of character and some of the spontaneous stuff that happens when you're forced into a corner. Focusing on that, trying to turn that into an advantage versus a challenge all the time, served us as well.”

Throughout the beginning of the film, there’s an emphasis on warm tones and primary colors. This begins to shift to cooler tones later on. Riege shares more about developing this looks.

“Definitely the beginning, we wanted there to be an idyllic setting. Dan, our production designer, was very conscious about telling those color stories. The way his childhood home was set up, a lot of those browns and warm colors, that was just something that he built into the sets, which gave me a lot of direction. The scenes at the dinner table, we wanted those to be familiar. A very similar time of day, they like to eat at the same time every day, and they've been doing that for 20 years.” 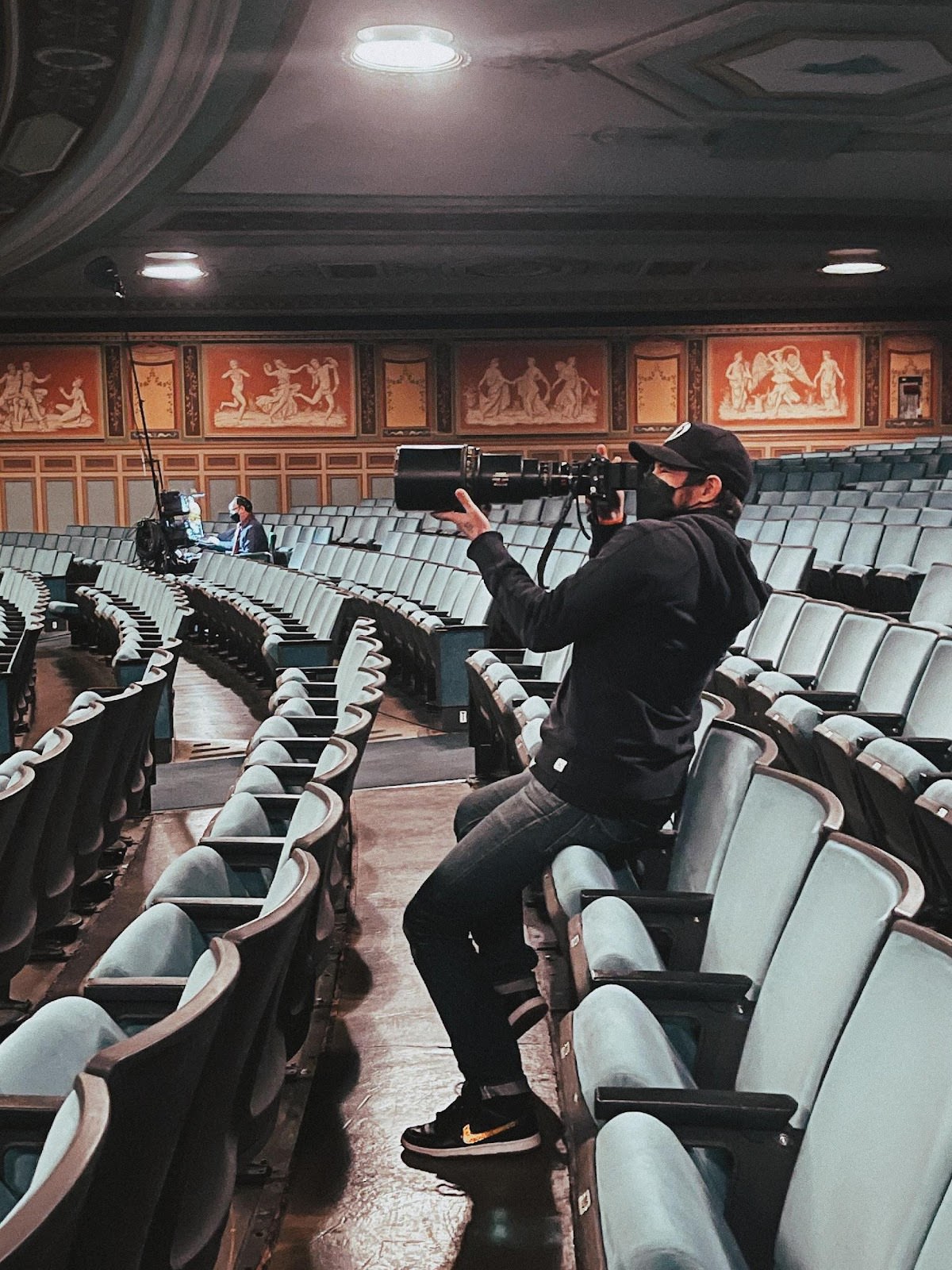 Reige continues, “A lot of that was trying to merge his family life, which was challenging with his unsupportive parents, in this setting that felt very '50s, perfect, ideal. Then, of course, once he hits it big, we wanted to lean into cooling it off a little bit more. There's the vibe in his mansion, kind of dictated what direction we were going to go, because it's not the thing that we would be able to redress. Being able to find the right location that had a lot of that already built in was pretty critical. All the gilded columns and all that stuff gave us a great base to start from, and we just took that and ran with it.”

Throughout our conversation with Reige, it was clear that the biggest obstacle was the 18 day shooting timeline that was due to mandatory COVID restrictions and some tight scheduling needs. However, it was also clear that this project had an enormous amount of heart and soul from each and every member involved.

In Reige’s words, “there is a responsibility to telling this untrue story, because everybody was such big fans of Al. All the cameos were had were mainly because people love Al and they're like, ‘Oh, I want to be a part of this.’ That was something that really helped alleviate some of the challenges.”

For all of the Daniel Radcliffe fans out there, we’ll leave you with this story from Reige.

“Dan was on set next to me, and he said, ‘Hey, by the way, I just wanted to... We've got a minute, I just hadn't had a chance to thank you for helping us be able to make this movie on such a tight schedule.’ And this is my classic Dan story, because he's the nicest person. I go, ‘Are you kidding me? You're the reason why we're able to move this quickly, because you come, you're prepared, you nail it, you walk off.’ It was just funny, because there was this team element where everybody was aware that we were underdogs, in a way. But we came to play and it was great.”

Weird: The Al Yankovic Story can be streamed on Roku.