Shot On VENICE: David Moxness, ASC Re-Invents The World In "The Wheel Of Time"

David Moxness, ASC, CSC, is no stranger to fantasy storytelling, having served as Director of Photography on acclaimed shows such as Fringe and Smallville. Recently, Moxness has taken his talents to new heights by bringing to life the exciting world of author Robert Jordan’s fantasy epic Wheel of Time for Amazon.

Never having explored this level of world building in Wheel of Time, Moxness discussed at length the finer details of this new universe with Director Uta Briesewitz, Show Creator Rafe Judkins, and other members of the crew, and together they decided the world of Wheel of Time should be grounded in reality and leave the viewer with the feeling of being in a real place. The model for this place ended up being Prague, in the Czech Republic, with some scenes shot in Croatia, Slovenia, and the Canary Islands.

Moxness tells us of the show’s look: “My inspiration was from a lot of all naturalistic work. I studied a vast number of natural sources, whether it's sunlight through windows, or candles, or torchlight, and so on. It wasn't just a few distinct things. It was going through a lot of images that had that look and feel to them. And then for the landscapes, we asked ourselves how we can best capture these amazing vast landscapes and place our characters there. We definitely wanted to make the landscapes a part of the story.” 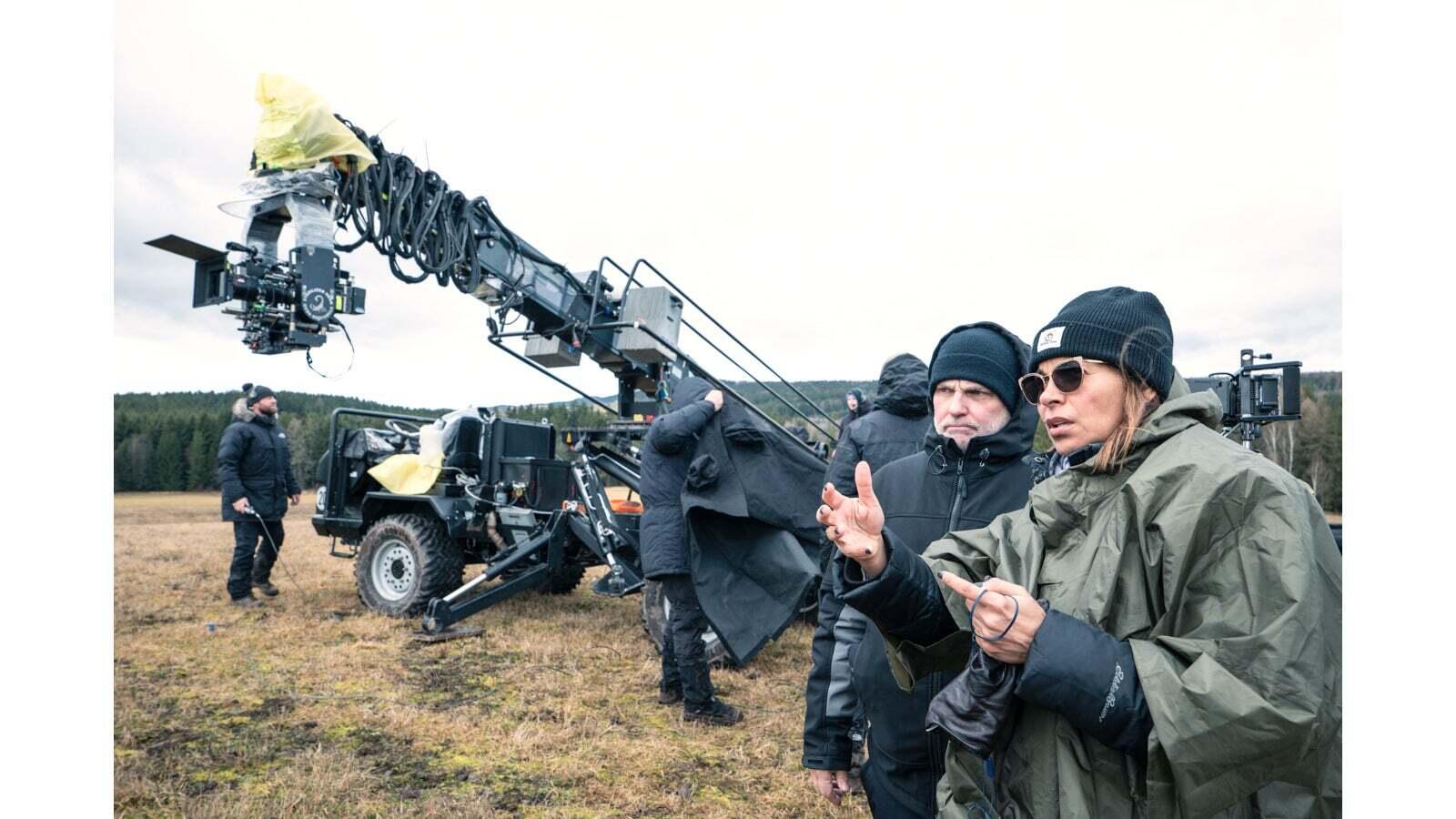 Good storytelling has always been the primary focus for Moxness, who runs every decision through a “what’s best for the story” filter. He shares, “That was certainly my focus all the way through, how do we treat this in the best storytelling way possible? And then that's why we weren't always on a particular lens, we were always on a camera device—Dolly, Steadicam, handheld—we were approaching each sequence in the script based on what we felt was appropriate from a storytelling aspect. And that's certainly my goal and my vision for the whole thing—to do the best storytelling we possibly could.”

Moxness chose the VENICE for its versatility and innovative features, after early discussions suggested the need for 6K capabilities. They later settled on 4K, as the Amazon deliverable required true 4K. He tells us of his experience with Sony cameras and choosing the VENICE in particular: “I've always been intrigued and pleased with Sony products going back a decade. I hadn't shot a full piece with the VENICE prior to this. We did testing and we were fortunate to have hands-on demos and work with it a bit beforehand.” But it was the camera’s performance in low and natural light that sealed his choice. “Most importantly, with this piece, I knew we were in a world that had no artificial light sources—everything was generated by sun, moonlight, candles, torches, and so on. And we had some vast night exterior work to do in very difficult mountainous areas. I knew that the 500/2500 ISO capabilities would help us in a resource management way—and we did end up shooting in both ISOs. From the testing, I felt that the 2500 was clean. Then having a full range of clean built-in NDs was super valuable with all our day exterior work, which allowed me to use other glass in front of the lens. It was great at getting bounce-back and reflections and such, and just being able to quickly change NDs between takes. All in all, I was very pleased with the VENICE and it was the correct choice for this piece.”

For lenses, Moxness paired the VENICE mostly with Cooke S4 Primes. “I really like the 27, 29, and 40mm. The production design is fantastic to collaborate with on choice of gear when building sets, and that allowed for those lenses to become a part of the show and almost another character within the show. Just again, to run down that road of feeling real, I stuck to wider lenses versus longer lenses so that we didn't lose too much of the environments we were in. And in emotionally driven pieces we would go longer at times, but I found being right there with the actors and characters, it was nice to be able to see the wheels and gears turning and emotions in their eyes.”

Moxness’s favorite scene? He has many, but one stands out: “The massive battle sequence in The Two Rivers Village was quite an undertaking, but such a collaborative group effort with everybody involved. I'm very happy with that, very proud of that piece of work.” The scene took multiple days to shoot, and even though the production schedule allowed for appropriate time to work the sequence, they had to go back several weeks later to reconfigure the set, which made blending and keeping it consistent a little tricky but allowed Moxness the ability to plan out the scene in detail for all the main characters. “The handheld work was primarily around two characters, Egwene and Mat, because Mat's in a desperate search for his brother and his sisters, his family. So I wanted to be right with Mat and right in the action and almost lose some of it by staying with Mat. I tried to find techniques that complemented the story in our characters, in that situation. We were lucky to have a fantastic stunt coordination team who did a lot of the flying rigs for us, and then collaborated with visual effects to do some of that work as well. It was a lot of discussions going into it. We used the story boards to pick and choose how we were going to approach certain shots, certain sequences. It was a big moving machine, multiple cameras at times to capture action happening at the same time.” 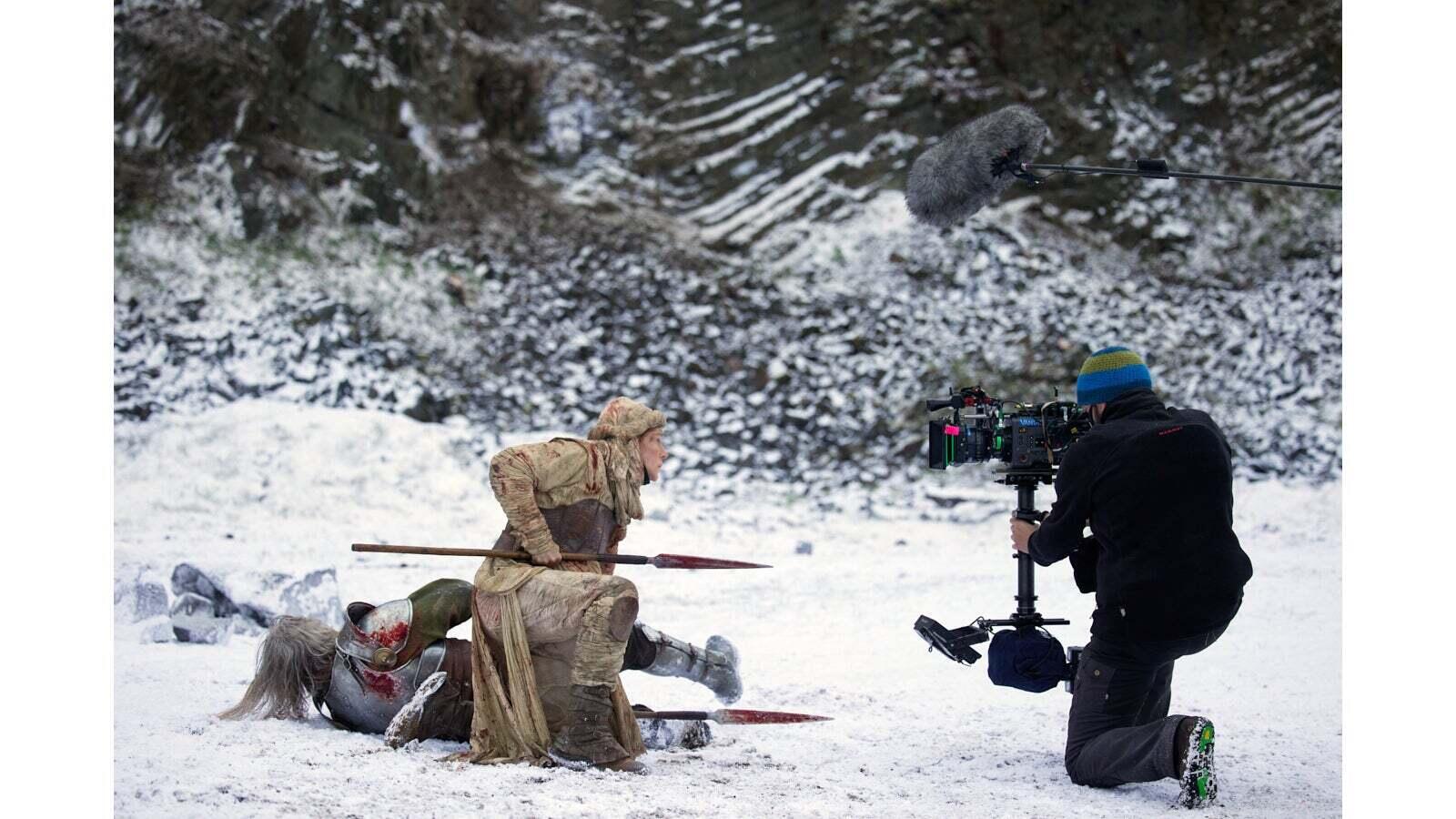 The use of color stands out in Wheel of Time and is almost a part of the cast. “Early on, Rafe [Judkins, Show Creator] had expressed that he felt color was a big part of the show and understandably so. And I think in the fantasy genre it's not uncommon to run down the road of a cool, desaturated palette. It has become a bit stereotypical, and we collectively didn't want to do that. We wanted to keep color in the show and I'm really glad we did. It became part of building that into set design, costumes, different locations, different environments. We used color to differentiate the multiple worlds while also trying to keep within a consistent palette for the whole show. And that can be pretty tricky to keep the palette consistent but alternate for different environments.” 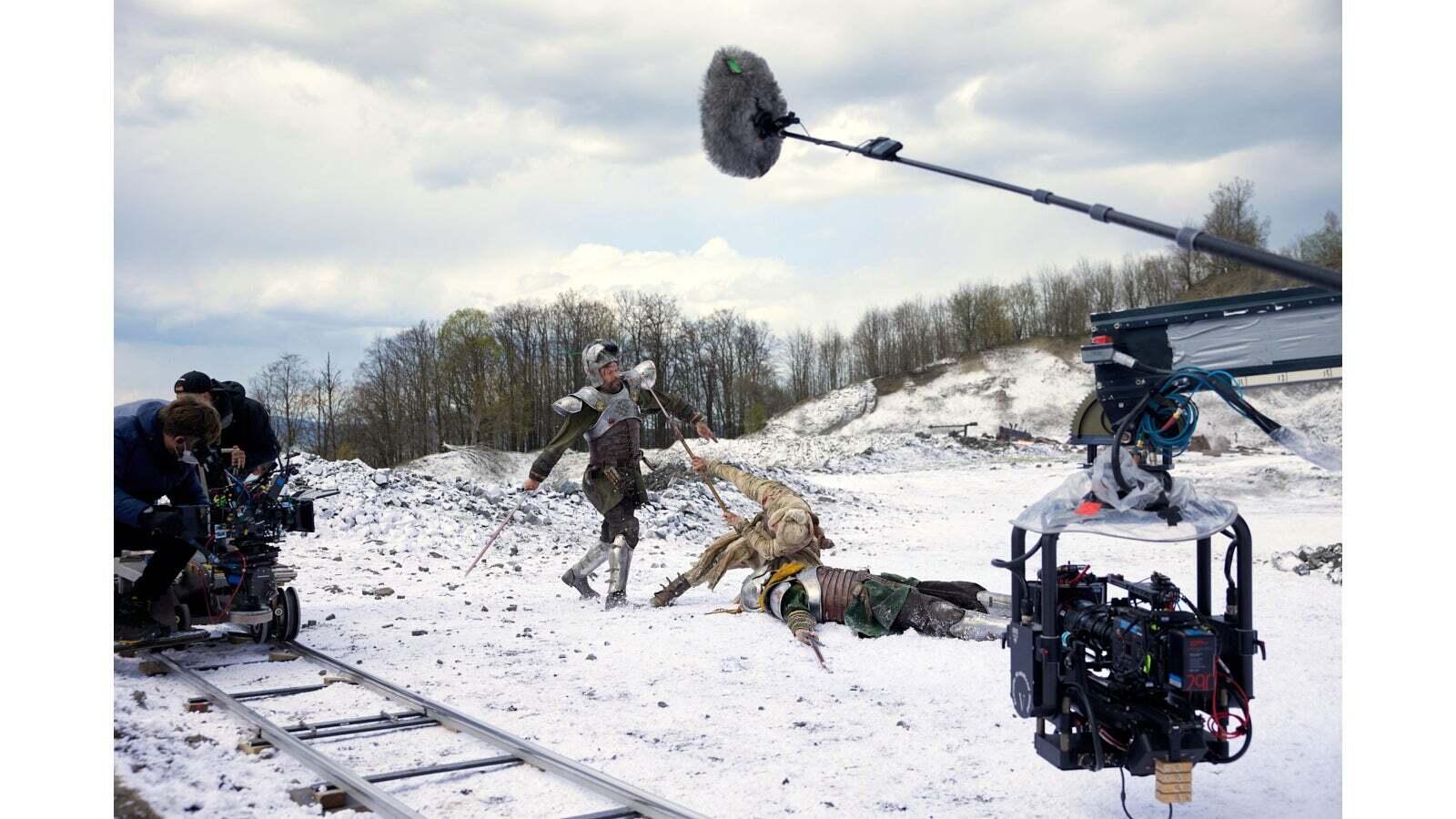 The fluctuation in environments would have posed a challenge for many, but Moxness used the capabilities of the VENICE to jump from snow scenes to completely dark environments without losing the quality of each and keeping it realistic and natural. “The opening battle scene in episode 107 was tricky because of the snow. You get into that natural hot-white snow and then the darker rock or the darker costumes, trying to keep some contrast in the show—the VENICE performed phenomenally well for that. We were fortunate that the weather was quite consistent. We had mapped out our shooting over those days based on where the sun would be. And I was always hopeful that we would get a little bit more overcast versus direct light, which we did. We did have spells of sunlight but I was able to keep those two tighter shots where we could manage that with overhead frames and such. But it was a tricky environment to get to a cliff on one side, which is the off-camera side. Our set was all against that rock wall primarily and we had a safety zone of some distance before the edge. It was difficult to get equipment in and keep it out of shot because we had to preserve the snow ground cover as we didn't have natural snow—that was all made by the art department and special effects team, which was pretty incredible. The VENICE performed really well despite all these challenges.”

Ultimately, Moxness’s experience on Wheel of Time more than made up for the many challenges brought on by creating a brand-new world. He shares, “I’ve been super fortunate and blessed to have this opportunity and I’m very grateful for that. We had an amazing team all the way down the line. The cast is absolutely phenomenal and amazing to work with. And our crew was off the charts—huge international crew and everyone was just great. So yeah, I was super fortunate. It's really nice when it all comes together.”