A lens technician by trade, Matthew Duclos began working in optics under his father’s guidance at a very young age. His passion and technical aptitude for optical and mechanical design have led to a lifelong obsession with cinema lenses. Matthew continues exploring lenses of all kinds, consulting for a variety of lens manufacturers around the world. An associate member of The ASC and SoC, Matthew strives to share his knowledge and experience with the motion picture industry as a whole. 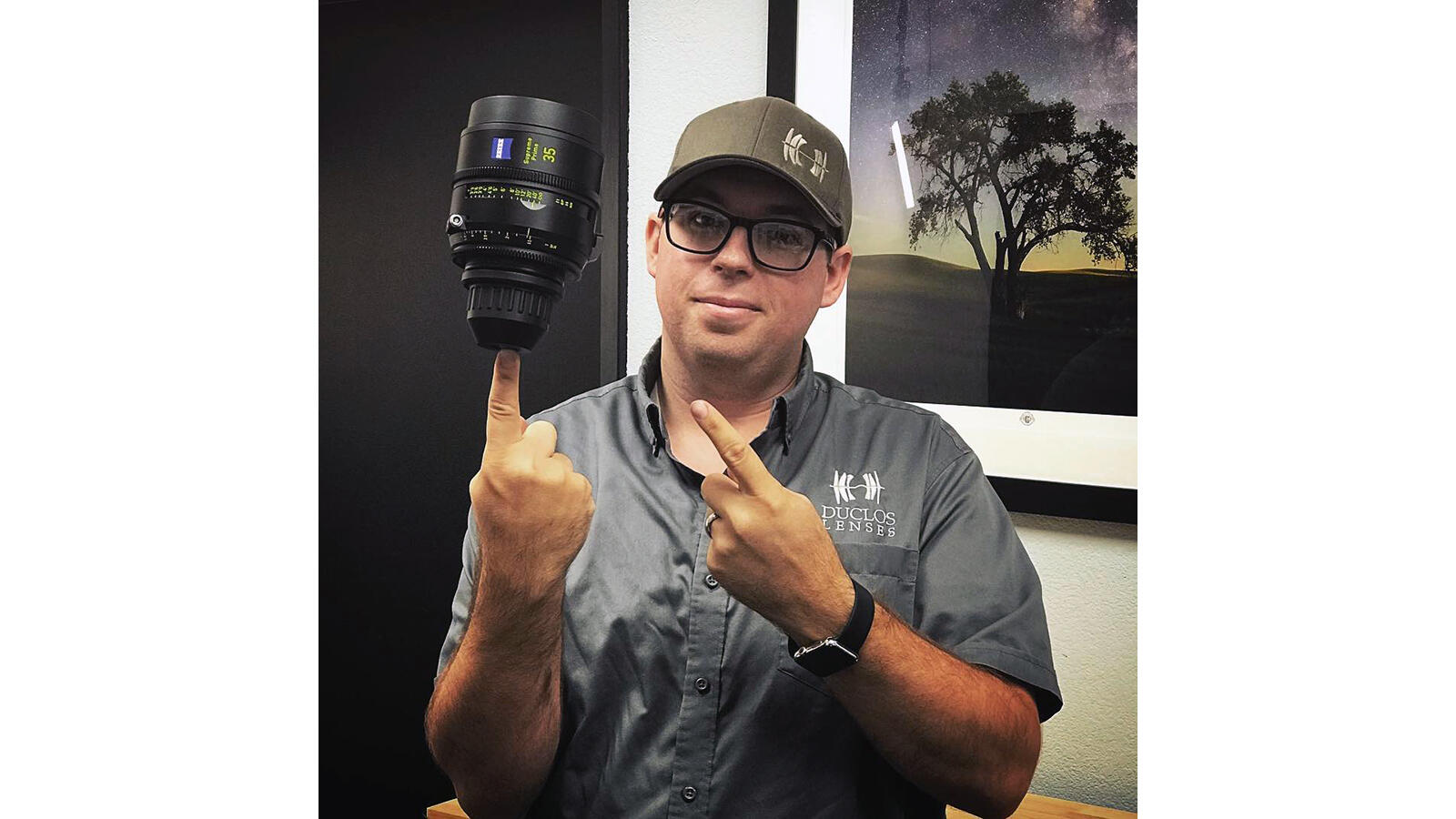 What do you guys do at Duclos Lenses?

Everything lenses. Duclos Lenses is a full service repair facility. We work directly with most cine lens manufacturers and perform authorized sales and service for most of them. The third aspect of our company is custom modifications, hot rodding and tuning lenses. So if you buy your lens from us, or not, we offer full maintenance and owner support where customers periodically bring the lenses back for service. If you want lens modifications, we can do that as well.

So advice for the prospective buyer, and full service and support for existing owners.

Yes. Lens service, maintenance, and upkeep should be a big concern if you're buying a new lens. Obviously with vintage lenses it's important because it's also going to need service. So when shopping, you want to make sure there's always somebody who can work on your lens. And that's harder with some lenses than others. Some vintage lenses you can't even get parts for anymore, so support should definitely be a consideration when buying.

This is also a concern with some newer lenses as well. There are a lot of new lenses from other countries that aren't supported in the US. So if you're buying some off brand lens, you're going to save a ton of money up front, but when you drop it, or it needs some tuning or service, and there's nobody in the U.S. to take care of it, you'll have to ship it overseas for service, so that's something to consider. For new lenses, you generally want to look for something that has support in your country, either official or unofficial, but some way to keep that lens running smoothly. 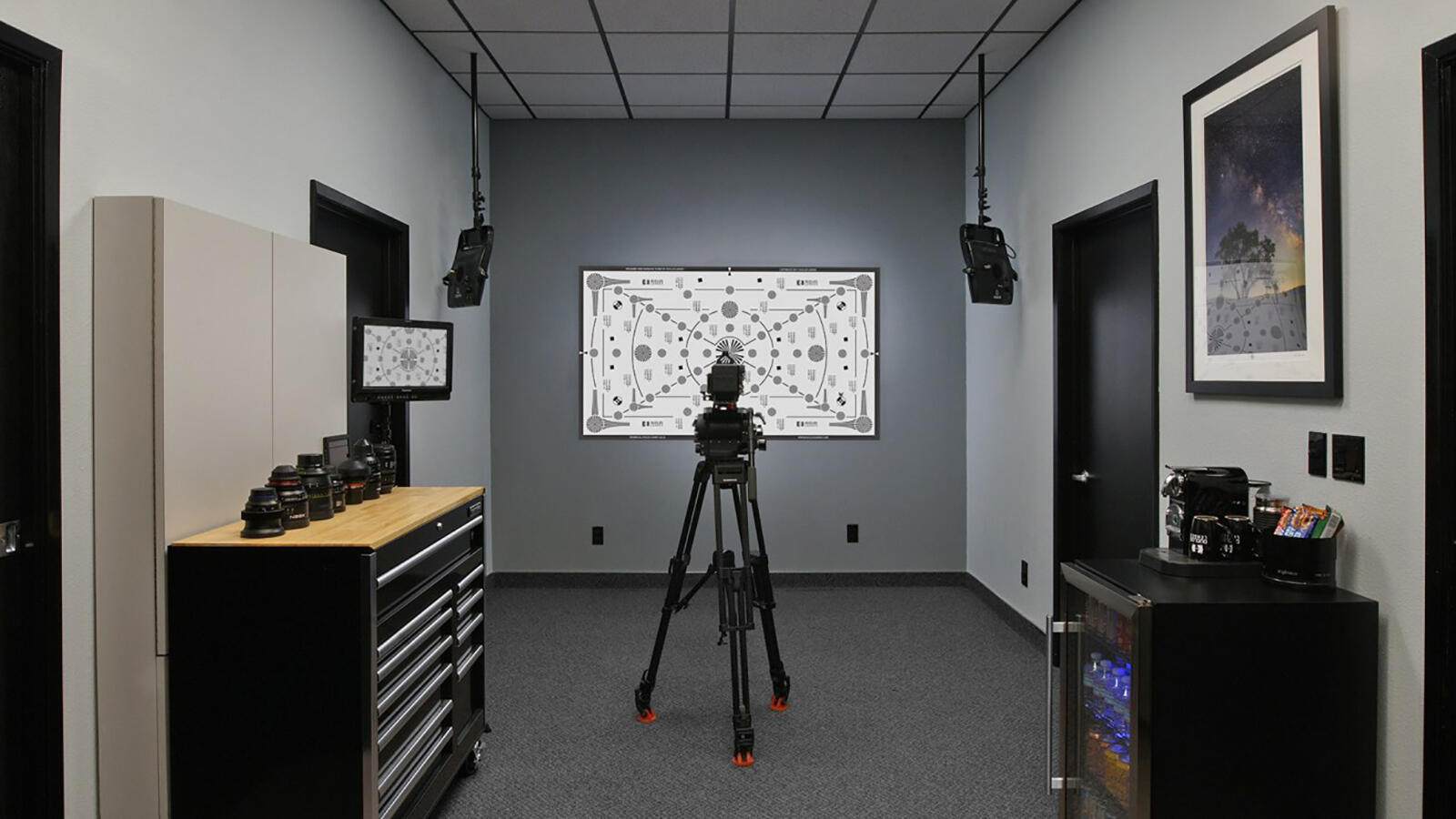 When evaluating lenses, like when someone come to your location for a test, or even when you go to a bay in a rental house, what are some of the things that you're looking for, that we should be looking for?

So one of the big factors when you're choosing a lens is the image circle of the lens. What format it covers, and that has become a very volatile subject in the past five years with advancements in digital cinematography. It's now kind of like the Wild West with digital sensors, where full-frame can be one of a dozen different actual physical dimensions and Super 35 can be one of two dozen actual physical dimensions. So to say a lens covers full frame, or it covers Super 35, that concept has gone out the window. And to make things even more confusing, the term “covers” is thrown around very loosely. There really are two considerations when it comes to coverage. One is the image circle, which would be the picture that the lens is producing, the resolution, the contrast, the details. And the other would be the illumination circle, which would be just the light that is pouring out the back of the lens.

So those two numbers are usually pretty different. Most lenses that are designed for a smaller format, but happen to cover a larger format, have a larger illumination circle than they do image circle. So what that really means is, your lens may be producing light out to a larger format than it was designed for, but that light is not good light. It's not corrected light. So your image quality in the corners will suffer dramatically. 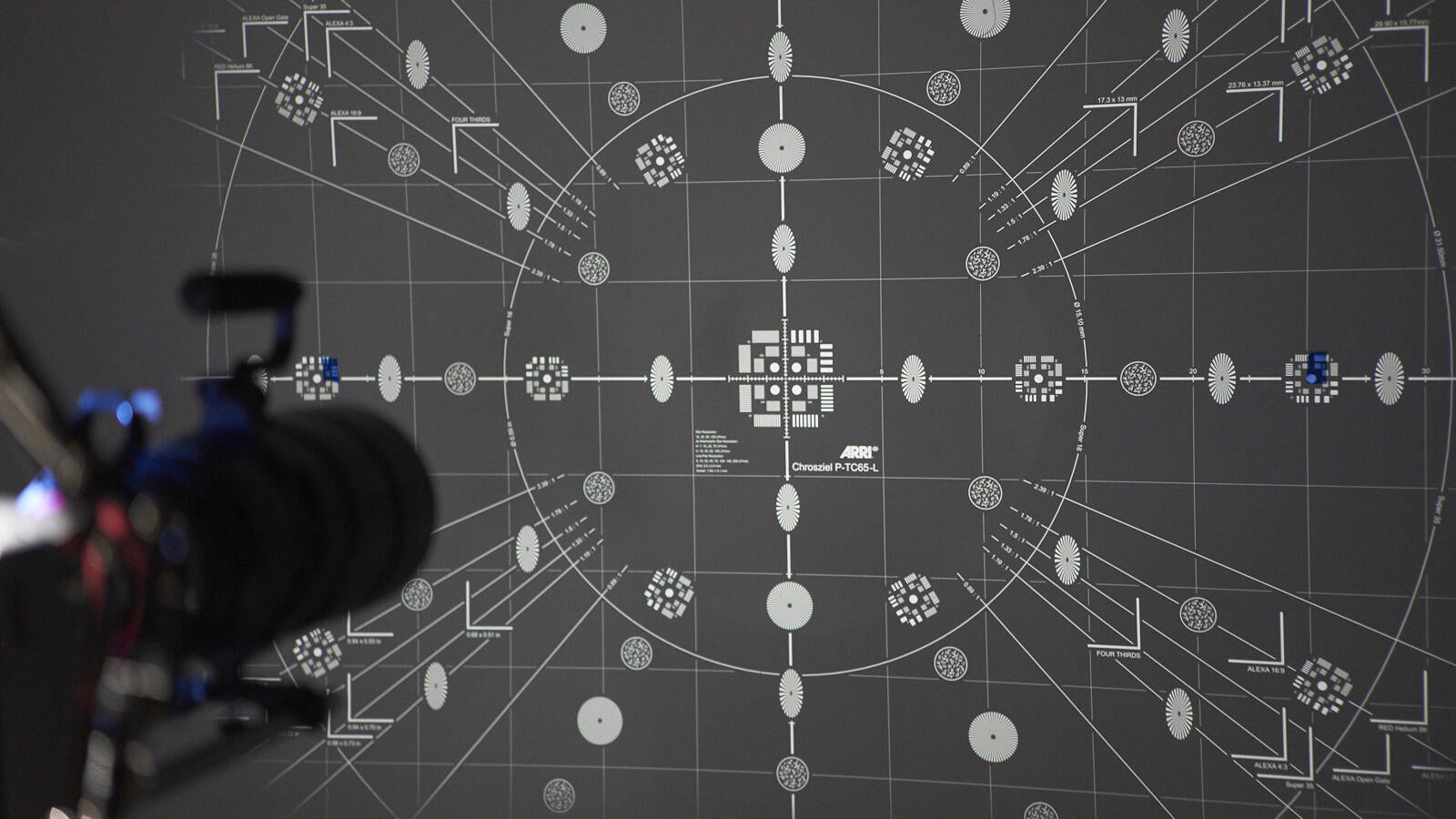 Looking at illumination circles in the projection room at Duclos Lenses

In other words, the area of the light the lens is transmitting that is not meant to be used for image.

Right. Exactly. So the illumination circle, if it's significantly larger than the image circle, was never intended to be used. If a lens manufacturer designed a lens to cover Super 35, we'll use a Super Speed for example, an 85mm Super Speed. That lens was designed to cover a Super 35 sized sensor. When they were engineering the optics of that lens, they were looking at the image quality out to Super 35, beyond that they didn't care.

Coincidentally, longer focal length lenses naturally produce a larger illumination circle, it's just physics. So a lot of people automatically say, "Oh, this 85mm Super Speed covers full frame." And it does. It produces light out to a full frame image circle, or sensor. But the image quality, the image circle is still only Super 35. So anything beyond Super 35 is not up to the performance for which that lens was designed.

With that said, one of the interesting changes we've seen lately is people using these lenses, really pushing them to their limits, using a lens that was designed for a smaller format on a larger-format camera. And just because the lens wasn't designed to perform beyond a certain image circle doesn't mean you can't use it that way. It just means it wasn't meant to be used that way. So depending on your requirements, your style and taste, what project you're working on, and what that project calls for, you can certainly use a Super 35 lens that is illuminating a full frame sensor on a full frame camera. There's no reason not to if you don't mind blurry corners, a bit of light fall off and maybe some additional chromatic aberration. If that's all acceptable, go for it. There's nothing saying you can't use a Super 35 lens that happens to cover a larger format on a larger format camera.

Going back to what to look for when evaluating, or choosing, a lens, specifically in terms of image quality, one of the big things to look out for is the quality of the bokeh. How does the lens transition into those out-of-focus areas? Do you have crisp bokeh balls? Do you have soft, pillowy bokeh balls? And then there's the onion ring effect, which is usually caused by aspheric elements. And that can be, subjectively, very displeasing to some people. So that’s definitely something you should watch out for, because there's really no way to mask or eliminate it once the lens is designed. You can minimize it with filtration, but that's not going to eliminate it. So onion ring bokeh is definitely something to watch out for. 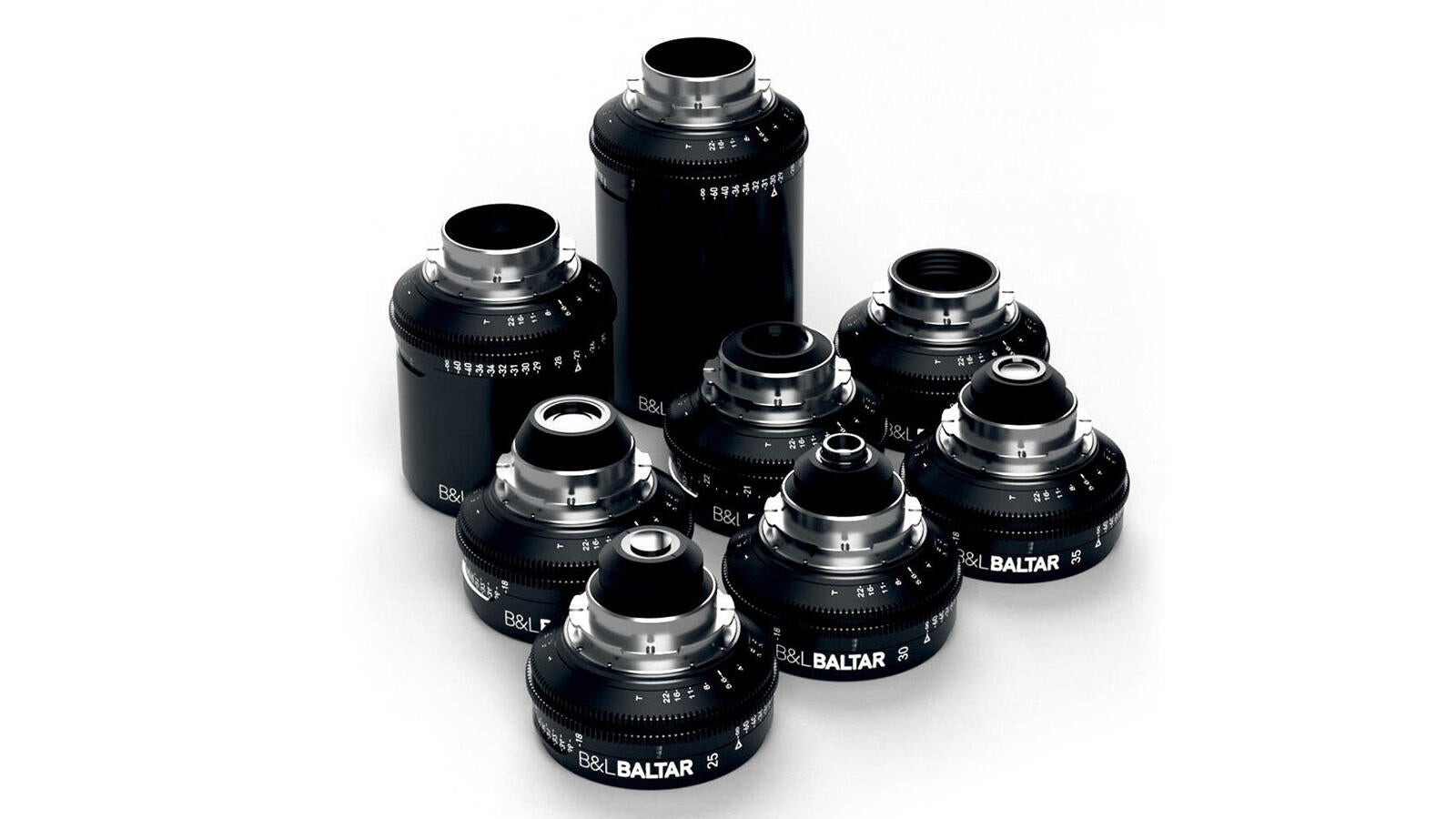 And is there any kind of inference one should make about a lens that has onion bokeh?

Practically speaking, spherical aberration would result in decreased micro contrast in details, a softer overall image. And chromatic aberration would be that color shift most people call purple fringing.

Right, right. Is there any lens that has a very pronounced chromatic aberration that we would all know?

Oh, take any still lens manufacturer and get their kit lens and you’ll find your chromatic aberration, It’s almost inevitable. Pretty much every nifty fifty ever made, tons of chromatic aberration. All the “soccer mom” lenses, like 50-300s, and 50-200s, they usually have it.

And what about spherical aberration?

Spherical is less easy to pick out, and it's actually kind of helpful, to a degree. Clever lens engineers can use spherical aberration to mask chromatic aberration and other flaws. So you don't necessarily want to find a lens that has no spherical aberration, you want it to be controlled. An example of a lens that exhibits this grossly would be Super Baltars, which are vintage lenses that have a really pleasing halo, a softness around all the details, and that's not necessarily a bad thing. 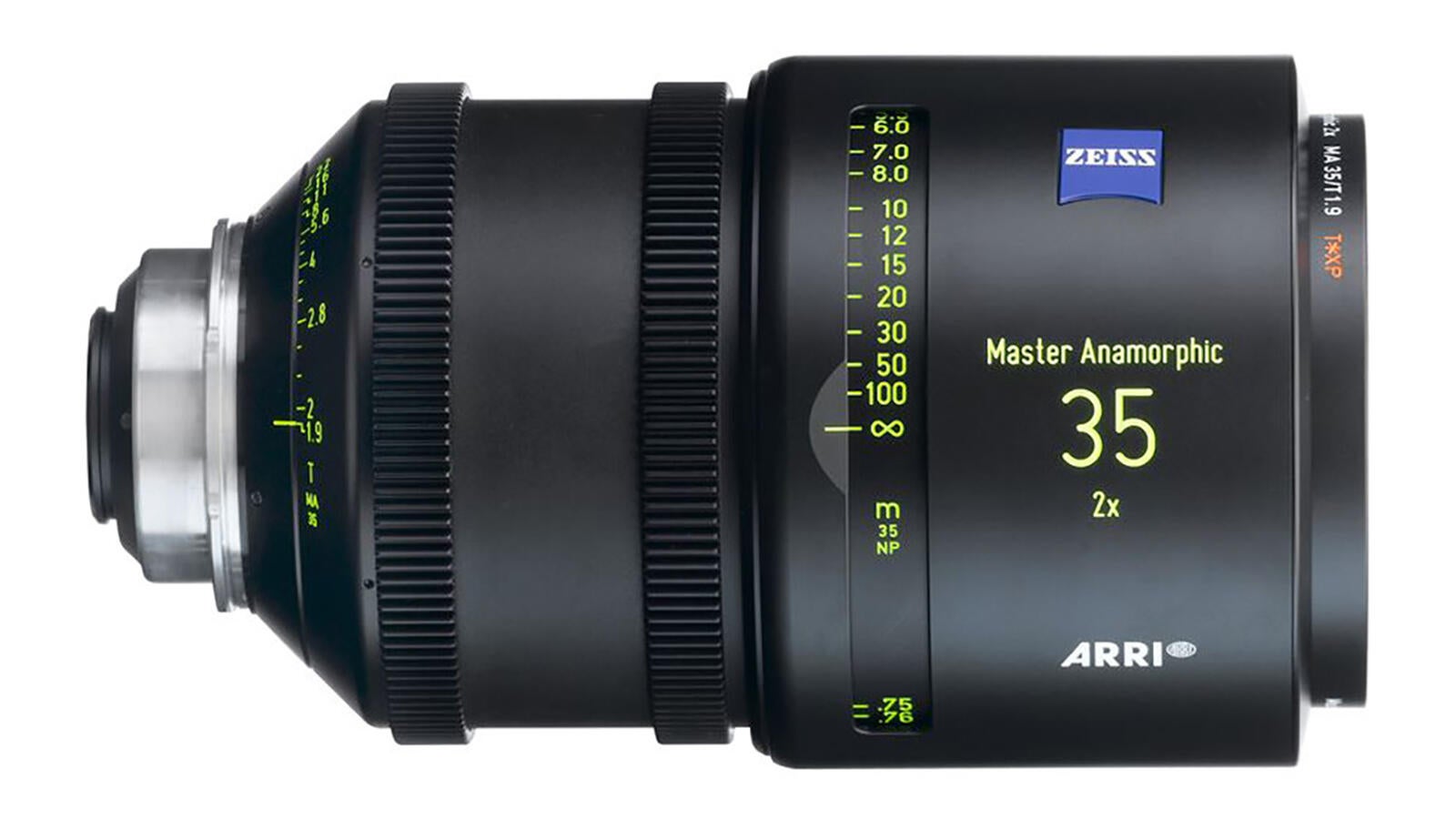