To pursue a career in the film industry one must assume all manner of uncertainties and risks. The inconsistency of freelance work and not knowing when the next call will come. The struggle to build the relationships necessary to get called for work. And then, once you’ve got a foothold in the business, there’s the added complexity of trying to move into different positions or other types of work that are creatively fulfilling and financially sustainable.

Navigating those changes in career path can be among the most challenging. Moving up from camera assistant to cinematographer can mean turning down steady, well-paying work for less frequent work at lower budgets. Moving to another region or country may entail cutting ties with directors or producers who have given you consistent jobs for a while. The fear and uncertainty around these choices is natural and to be expected.

We talked with several cinematographers about the choices and hardships they went through to get where they are today, and they imparted some advice they learned along the way. 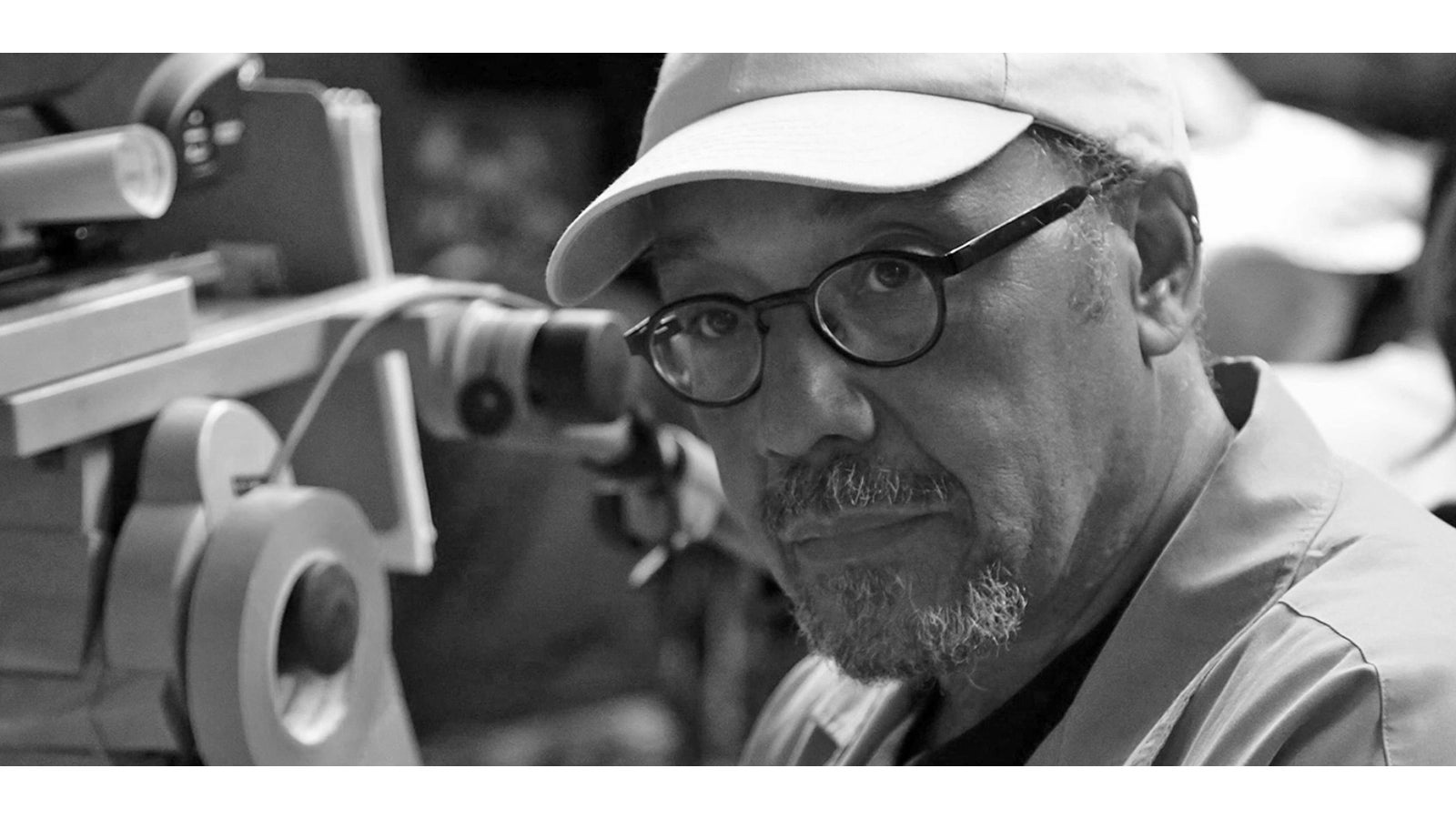 John Simmons, ASC: When you move positions you have to expect that you may not work much for the first 6 months.

Amy Vincent, ASC: Financial insecurity is a major issue, because you may have to go backwards in your earning potential before moving forward again. Living a life of financial humility will give you more freedom to pursue new options.

Tommy Maddox-Upshaw, ASC: You need to find a financial solution to have the space and the power to say no and wait for projects that you want to do. It took me years to feel comfortable saying no because I had student debt and a family to take care of.

Simmons: I was with a guy yesterday who just finished film school and is trying to break into the sound department. He’s been saving up so he can live for 6 months without work. That’s the dedication it takes. 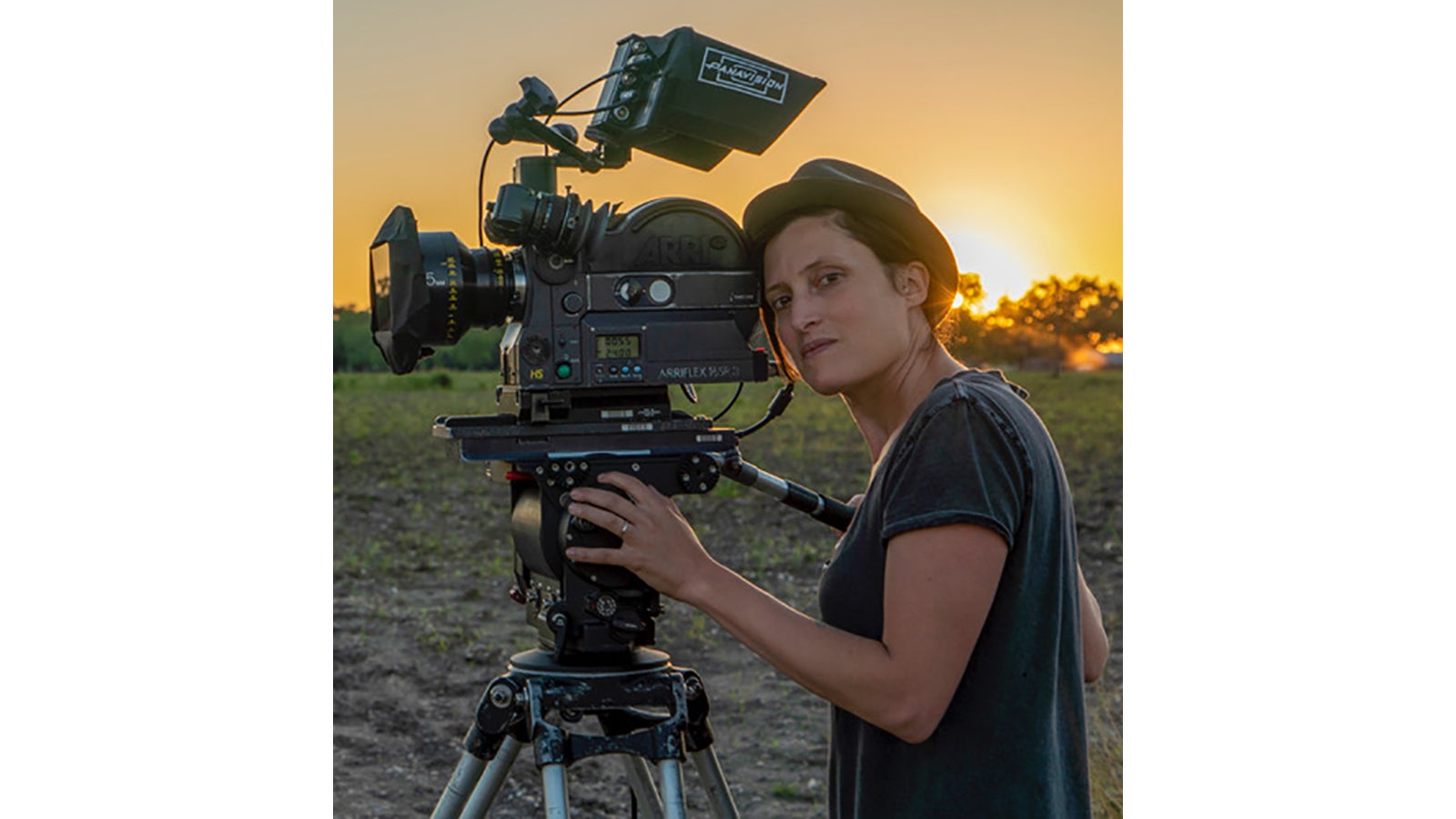 MY PATH TO BEING A CINEMATOGRAPHER

Rachel Morrison, ASC:  I was in a lot of debt after school and DP’ing The Hills for a living but was not happy. I vowed to stop shooting reality but for the next six months the only work calls I got were for other reality shows that wanted to look like The Hills. By the time I got an opportunity to shoot a $200K budget feature I was broke, but it was exactly what I had been waiting for. The film premiered at Sundance and ultimately led me to director Ryan Coogler, who has become a dear friend and close collaborator.

Maddox-Upshaw: I started as a production assistant on music videos in New York City, then moved up to grip/electric swing intern. Then I became a Union Grip Electric in Boston before moving up to cinematographer.

Vincent: I had a successful camera assistant career going and decided to apply to AFI to see if I had what it took to be a DP. Afterwards I went back to doing some AC work as well as operating to keep learning and earning while keeping open to DP opportunities.

Alice Brooks, ASC: When I finished my undergrad program at USC, I decided not to follow my colleagues into reality TV, even though there was money there. I wanted to shoot movies and decided to stick to that dream. I chose not to go to grad school to avoid student loans and kept waiting tables for the steady income and flexibility of taking other work. I noticed that not a lot of students at USC wanted to be cinematographers, so I spent the year after graduation going to the film program events and offering to shoot student films. I shot almost 30 student films that year, including Jon Chu’s “When the Kids are Away”. There are a lot of people I met in that year who are still collaborators.

Simmons: I started off as a camera assistant. I enjoyed it but had my eye on being a cinematographer. I moved up to operator and then to cinematographer but moving to operator was scary because suddenly I didn’t have the same connections with people.

Morrison: Back in the day you needed a ‘real camera’ and a large crew to shoot anything reel-worthy so I said yes to anything - even comedy and rom-com despite knowing I always wanted to shoot drama. Unfortunately, people love to pigeonhole you. It can be harder to pivot when you’ve built up a body of work that isn't a reflection of your actual passions. 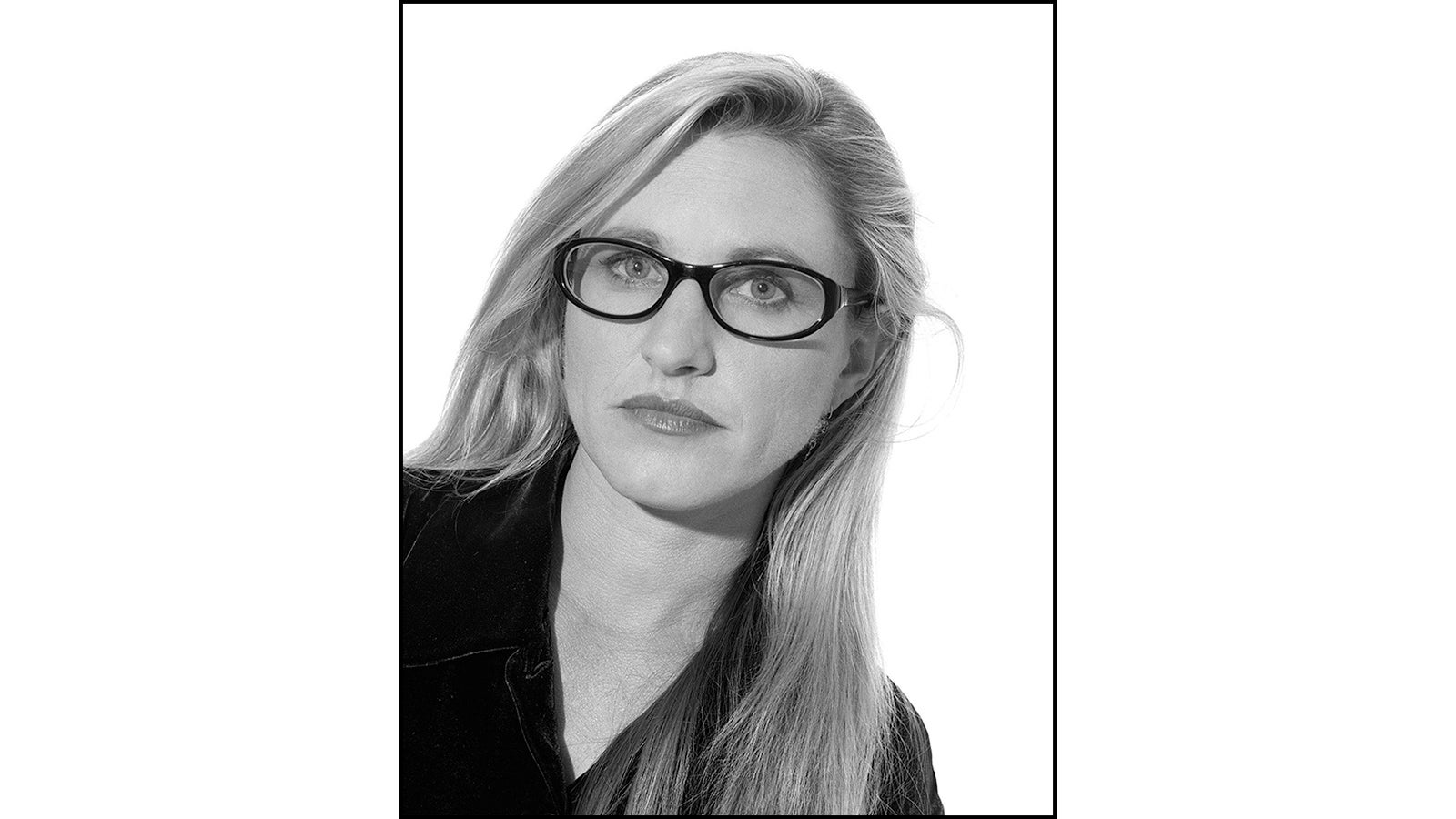 HOW TO GET THE WORK YOU WANT

Morrison: You have to create your own identity to get the work you want. Stay true to yourself and your goals. With modern and affordable tools and an over-saturation of media, there is always something to shoot. So wait for the projects you care about. You want to be able to be passionate about something and do it well.

Vincent: You must figure out for yourself where you want to go, then you have to let other people know in order to change their perception of you. Filmmaking is an extremely collaborative art form, and no one gets there alone.

Simmons: When I see someone excited about becoming a cinematographer or working in another position in the camera department, I become excited too because I love what I do. I want to push their reality forward. Whenever you move into a new position or a new area of working you are dependent on the generosity of others to allow you to take a chance and make a mistake. Hopefully they’ll be supportive of whatever you want to do.

Vincent: If you’re already in the industry, whether electric dept or camera or grip or art, be clear about where you want to go, but remaining open to adjusting it to your opportunities is important.

Simmons: I’ve moved a lot of people up. During rehearsals and downtime, I encourage my assistants to practice their operating. I just moved a woman up to operating and she was afraid she wouldn’t work that much. After two weeks the studio started calling me and asking if she’s ready. My whole thing is about inclusion on set and my set looks like the world we live in, but this business doesn’t have its heart in spreading the word and pushing inclusivity.

HOW YOU CARRY YOURSELF

Simmons: There are a lot of folks who want to do this work and frankly the business doesn’t really need you, so if it’s not your first love then you might want to look at those other things instead.

You need to put your best foot forward all the time and let people know that you want to do this. Every job is dependent on how people feel about you as a professional and a person. You have to be the type of person that people are willing to spend 10 hours a day with. I always tell my people to come in each day like it’s the first day of work.

How you behave on set has such a huge impact on whether you will make it in this business or not. When I bring someone in and see them hanging out by the camera, talking with the assistants, and asking a bunch of questions I can see that they’re excited. They’re talking about technical skills, navigating the set environment, they really want to know how to do this. It makes me excited. That said, some people are naturally quieter, so I have to open myself up to that as well, but being attentive and interested is the main thing. Cell phones have made it so easy to determine this characteristic with people. Sometimes things get slow and boring when there are lots of rehearsals and adjustments happening. In those moments when you see someone go find an apple box and start texting you begin to see that they’re probably not going to make it. When people become absent from the environment while they’re in it, that tells me that they aren’t going to be able to stay attentive.

One of my ACs is about to direct an episode of our show because for the last two and a half years he wouldn’t leave the writer and showrunner alone. He’s determined and interested. He’s even taking acting classes so he can learn to speak “actor”. Today he’s pulling cable and moving monitors around. Next week he’ll direct. And after that he’s back on the cables. But that’s why my show is all about, moving people forward and giving them opportunities. 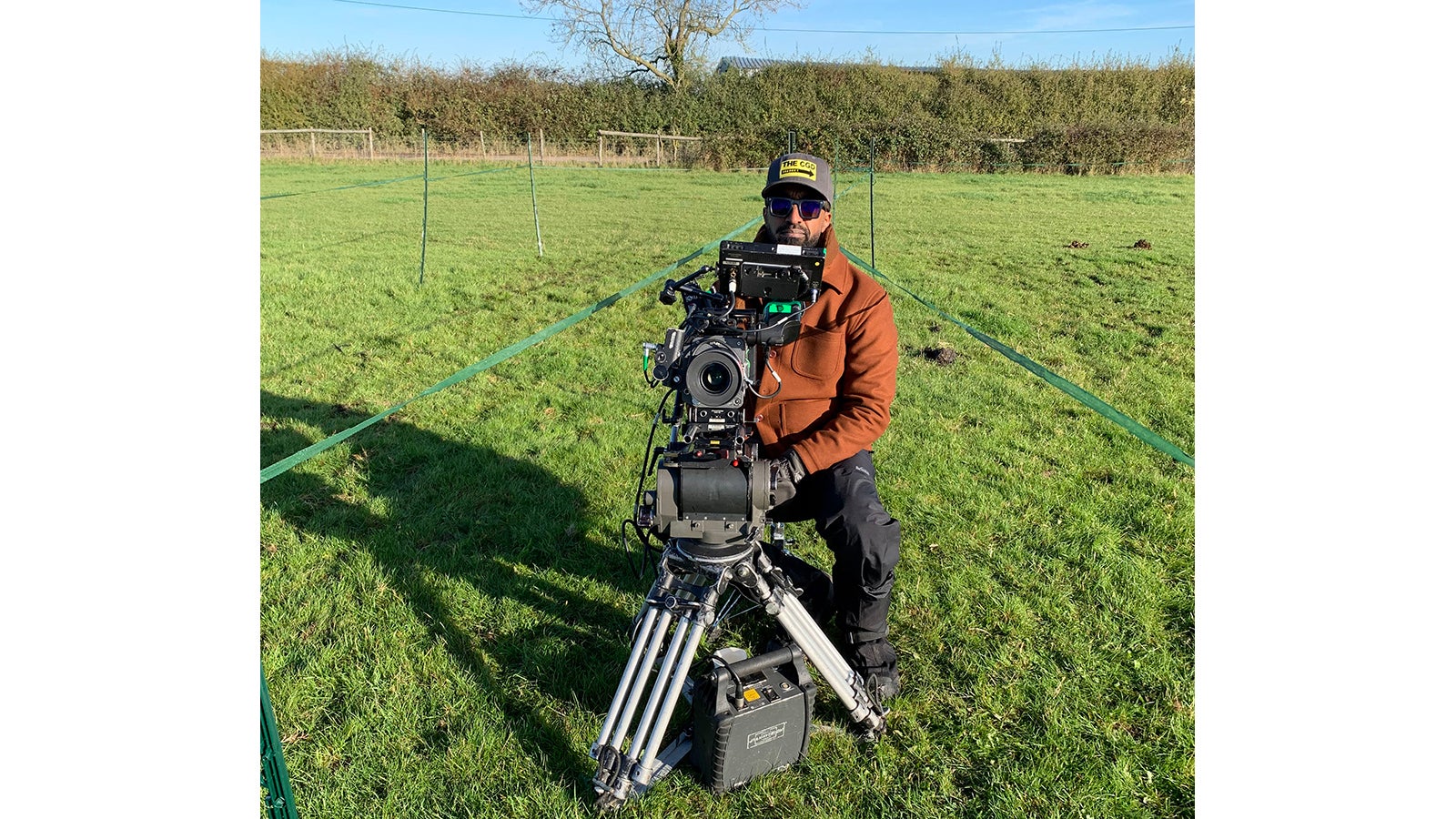 HOW TO CHOOSE WORK THAT IS SATISFYING

Vincent: There’s an old saying that applies to the decision whether or not to take a job. There’s the script, the money, and the people. If 2 out of 3 are good, then chances are you should take the job.

Brooks: I wish I had learned sooner that interviews go both ways. It’s just as important to ask questions of the people interviewing you to understand their character and intentions.

Vincent:  The goal of cinematographers is to find the directors who you want to have a repeated interaction and collaboration with. But, in saying yes to something new you might also be saying no to someone you’ve collaborated with in the past.

Brooks: The elements of a project that are most important to me are the people with whom I’m making the movie and the story being told. It needs to be a story that I’m proud of and will inspire others.

Maddox-Upshaw: Certain jobs open the doors to opportunities in the near or distant future that you might not be able to see right away. Work gets work. You have to trust that energy sometimes.

Morrison: My wife tends to ask me, “If you let this one go will you be able to sleep at night?”  It definitely gets harder as the projects get better or the paychecks bigger, but in hindsight every studio rom-com or exploding dinosaur movie I’ve turned down, I’ve never thought about again.

Maddox-Upshaw: In the past I’ve said no mainly to thin or bad scripts. Now being away from home too much is another reason to say no. It’s also empowering to say no at a certain point in your career when you have a foundation of consistently working and have the means to wait.

Brooks: Only recently have I been able to make real choices about not doing a project for certain reasons or holding out.

ACTIONS TO TAKE AND RESOURCES

Vincent: If you want to be a DP you can show that by shooting a short film for free on the weekend or enrolling in AFI (or taking a master class?). There are so many programs out there to inspire and train and help you work toward your goals.

Simmons: Regarding finding mentors in cinematography, IATSE and the ASC both have mentoring programs, and a lot of people are taking advantage of that.

Brooks: I want to grow as a storyteller and a filmmaker. In my downtime I’m continuing to practice my operating skills at home with a gearhead, or reading artbooks and going to museums for future inspiration. 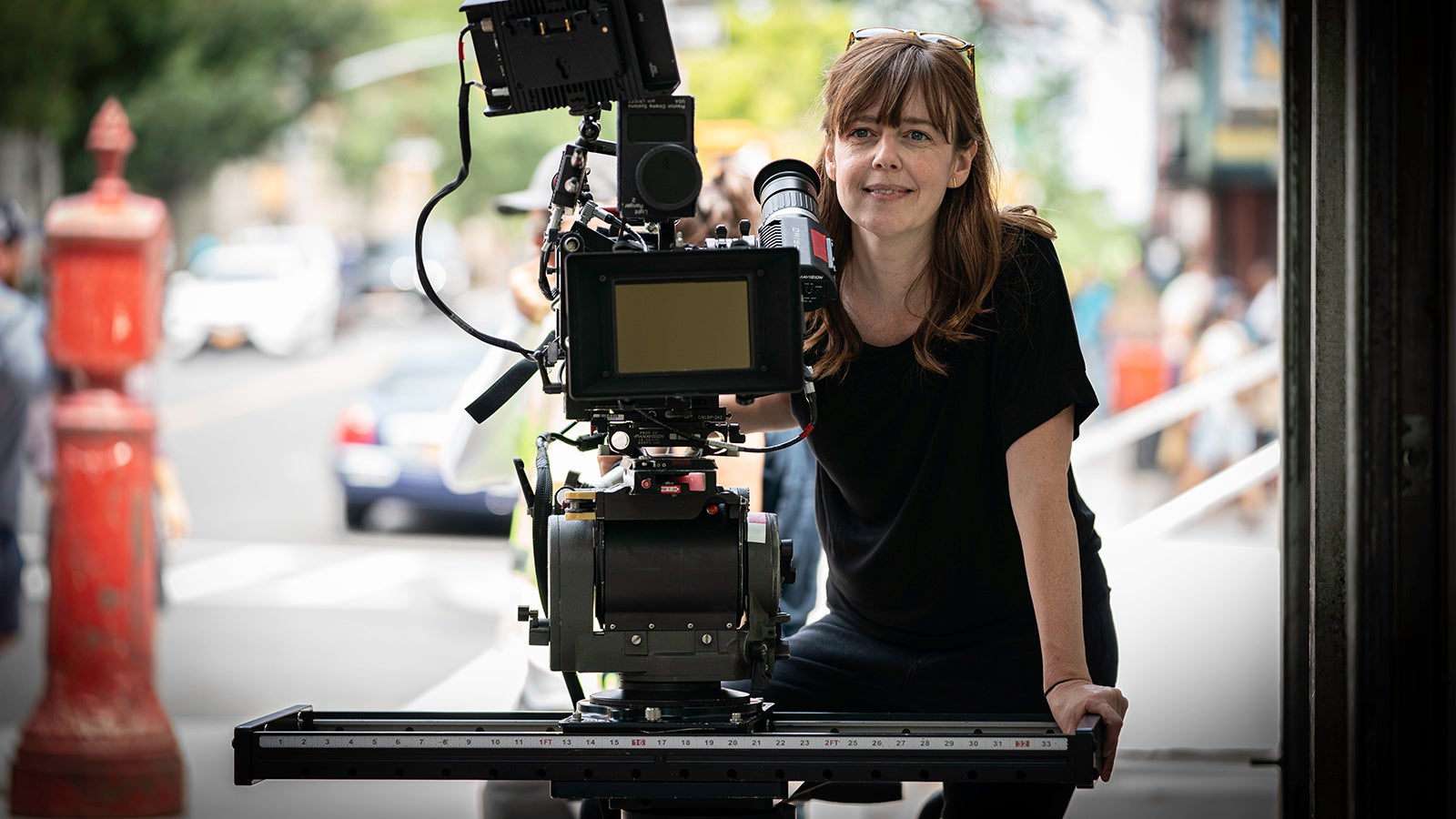