When Sony first announced their FX9 camera last September, the debut sparked interest in indie filmmakers and documentarians. Cinematographer Antonio Cisneros was set to shoot a short horror film for Crypt TV Monster Universe and, given the tiny budget for the film, was keen to try the FX9. As one of the first DPs to shoot with a  prototype unit, he was able to provide feedback on the performance of the camera to Sony engineers.

Watch "The Girl in the Woods" here

Directed by Roxine Helberg, “The Girl in the Woods” is a 17-minute film starring Peyton List and Kal Penn, which was shot in the mountains near Santa Clarita, California, over five days. Cisneros used his own vintage Lomo spherical lenses from the 70s, which he bought and rehoused. “It’s a funky specialty lens that I fell in love with years ago and found the parts and optics to rebuild,” he explained. “I like softer, creamier lenses, some DPs like sharper lenses. I was working in Super 35, not full frame, so that was another aspect I had to take into consideration.” Together with the FX9, he was able to capture imagery that evoked the panic and terror that typifies a horror film. 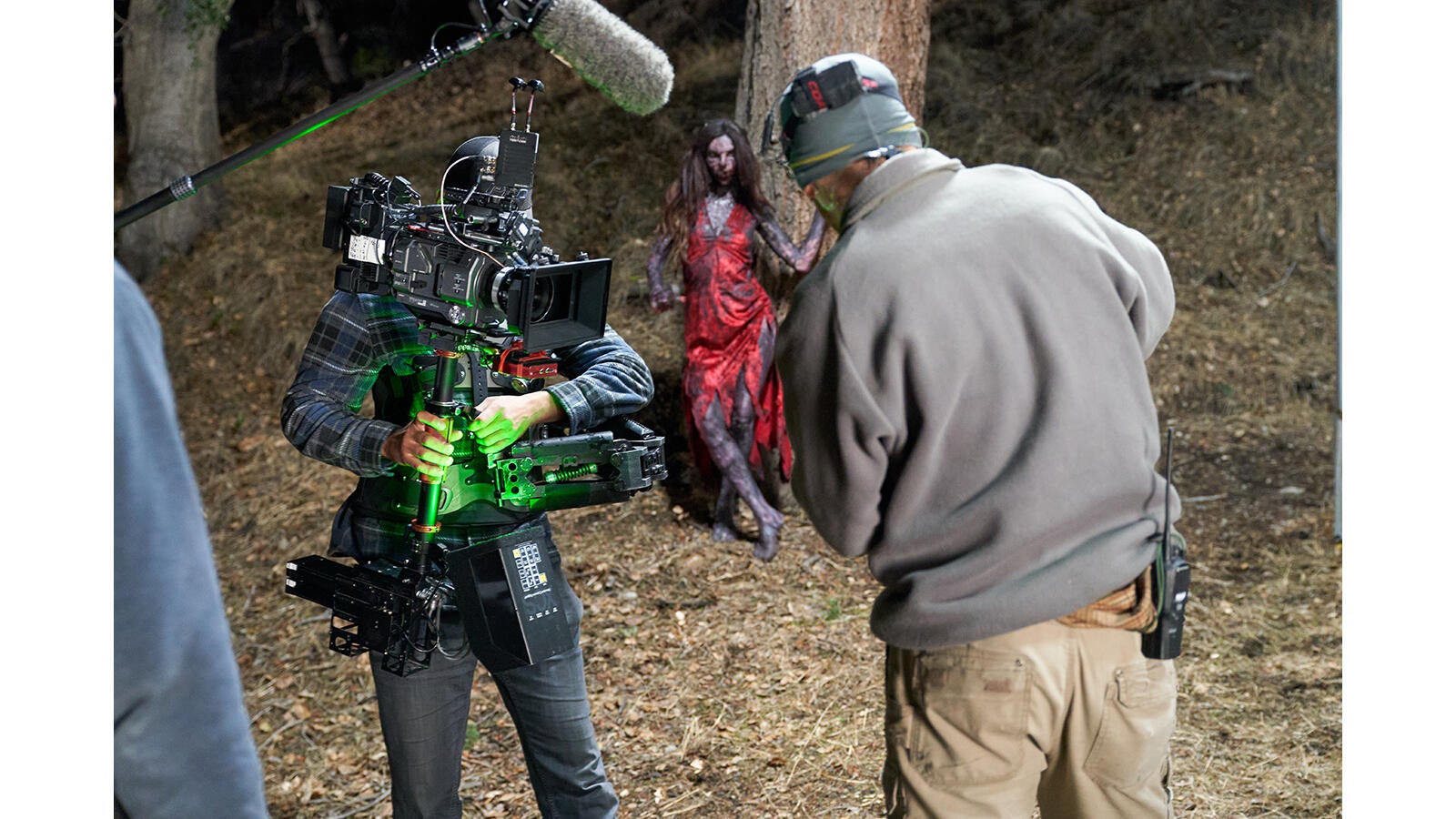 All behind the scenes photos by Jeff Berlin | In photo at top of page, Sony FS7 was B camera

Cisneros wanted to shoot “The Girl in the Woods” raw and docu-style. “One thing about the FX9 is that it is geared toward documentaries; it’s super light, and the ISO is fantastic,” he said. His basic workflow was the same as when he shoots with the FS7, recording XAVC-I at 3840x2160, with the files being edited online in the same 4K UHD resolution.

Because production was working with a tight schedule and a child actress, “we had to move quickly. With crazy setups, kids and stunts, being able to move fast really helped us, and the camera was compact, with just one build,” he described. “I didn’t expect to get a really good image out of a camera this small, so I was really happy about that,” he admits. “Another bonus was that I could put it on the ground and shoot a weird angle, which made it super versatile.” 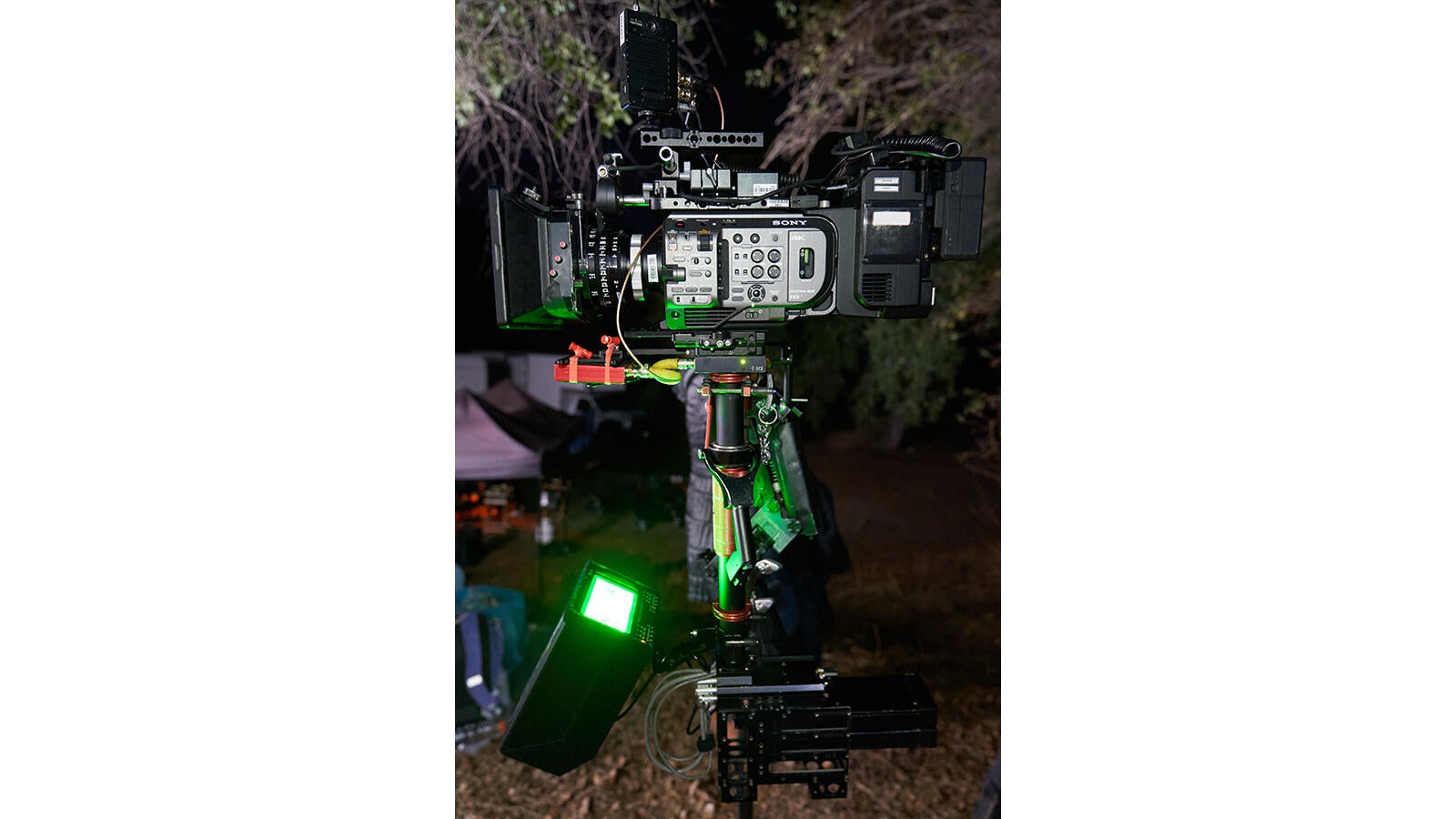 Because the story takes place in two different timeframes of the girl’s life, Cisneros utilized color to determine time periods: the past included a more warm yellow look (using Tiffen’s Antique Suede filter) compared to the present with a cold blue look. “We had to do our color correction remotely, and the movie definitely has a desaturated look. My favorite thing about it was jumping through time; you could tell the era of the past was more warm, compared to the modern day blues. I liked playing with the aesthetics.”

Cisneros explained that the day exterior work was shot at the lower native ISO, 800, and the night work was somewhere between 5000-10000 ISO. “I started at 5000 and as I grew bolder, by the end of the film I shot at 10000 and it turned out fine. It’s useable; it’s clean.” Cisneros lit the whole area with two jokers and a quasar. “It was very bare bones. In terms of a camera at this price, with full frame that gives you that much flexibility, I can do more with less. I can pull off deeper night exteriors. I think it will be great for cityscapes, and any kind of indie work in urban places like NY or LA.” 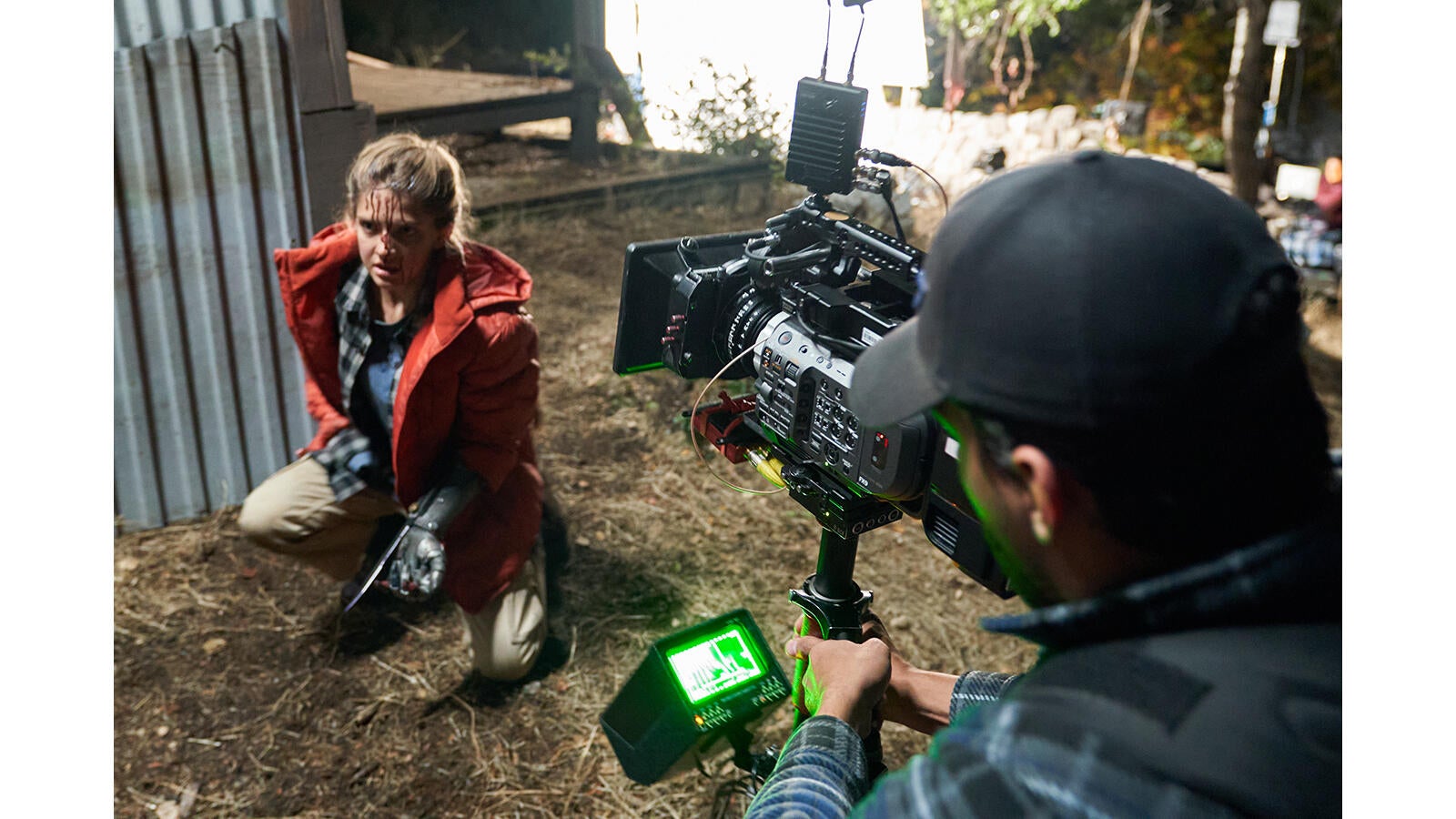 A key scene in the film is when the girl fights off the monster, which was shot at dusk. “We were trying to use the light as the sun was setting, I really wanted the dusk. We lost light at one point, but we were able to shoot anyway and match the ‘sky’ light with the dusk light, almost like an extended dusk.” Cisneros said that he favors using natural light for exteriors when he shoots horror films because “it seems more ephemeral, and creepier.”

During day scenes, Cisneros used all natural light, to highlight “these crazy fogged windows on the train.” For the interior night scenes on the train, he lit almost entirely with Christmas lights and the camera set at 5000 ISO, “to see how I could push the ISO. We used the Antique Suede Filter 1 on the scenes when she was young, either inside the train car, or on the day exterior work.” 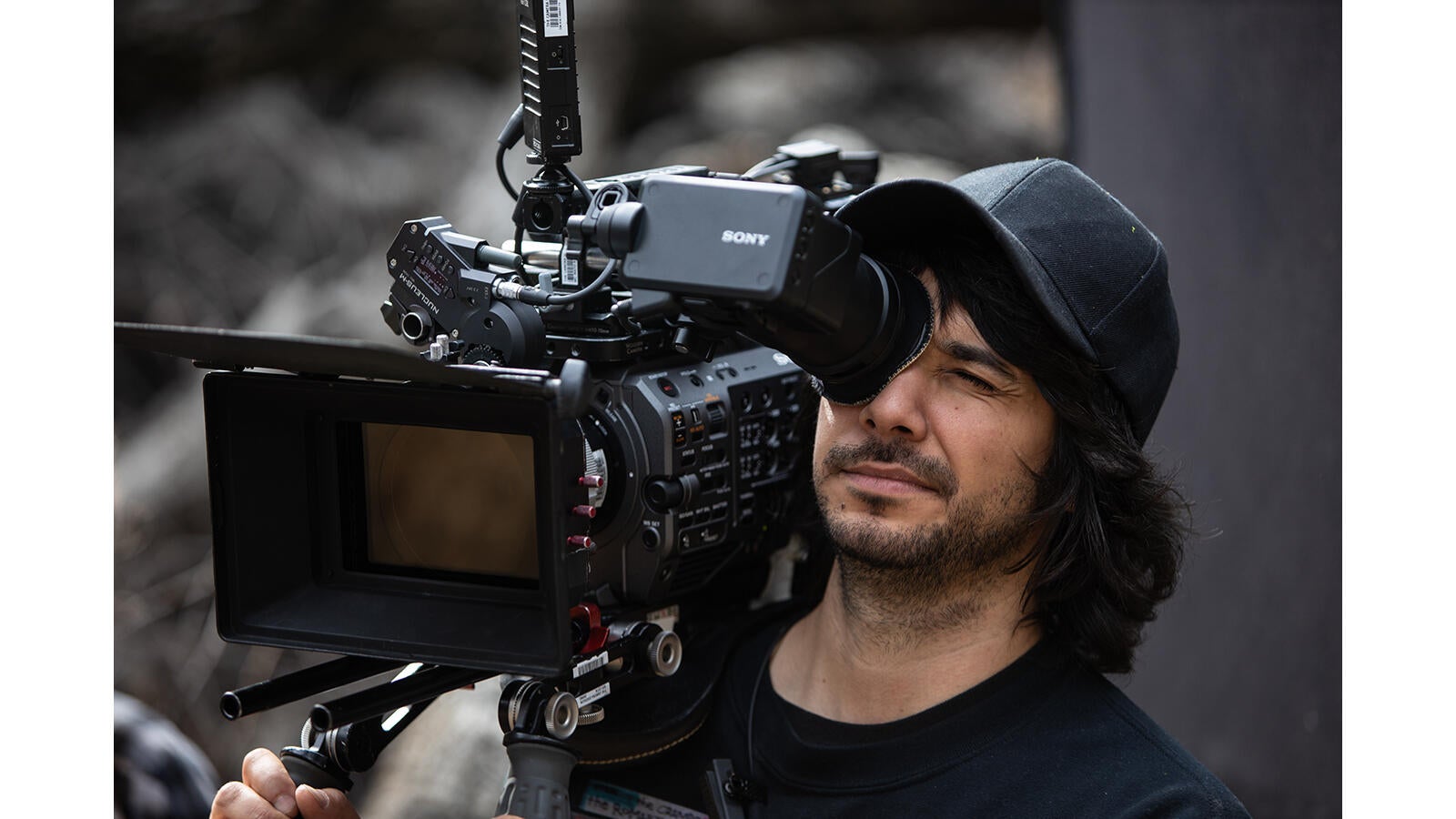 In Cisneros’ opinion, what makes this camera stand out from others on the market is “the sensor, the color information and the sensitivity of the ISO. I don’t know another camera that compares to it in that size. The VENICE and FX9 have two of the best sensors I’ve ever seen. To be fair, with the FX9, to get the best out of the camera, you have to know what kind of build you want out of it. I was looking to purchase the camera for a show, so I did a lot of research on the accessories and so forth. What makes it worth it is that the sensor is really good.”

With such a small crew and shoot, Cisneros also mentioned that the light weight of FX9 was a huge benefit. “With VENICE, I have about a 40-minute window before I need to put it down for a stretch. But I shot with FX9 on my shoulder all day. That’s a massive benefit for moving quickly, especially for docs and indie films.”

As the girl encounters two more monsters, in a scene shot with mostly natural light, Cisneros needed the flexibility of being able to capture the scene quickly. “We used HMIs to direct light on her, specifically when she was in the doorway. We needed to be able to shoot run and gun. It’s built well for that mode of shooting. If you are on a production that needs versatility, this is the camera for it.”