In this new 77-min episode, interviewer Todd A. Dos Reis, ASC talks to cinematographer Tommy Maddox-Upshaw, ASC about his camerawork in the FX Networks period crime drama Snowfall, which depicts the insidious effects of the crack epidemic that ripped through Los Angeles in the early 1980s. 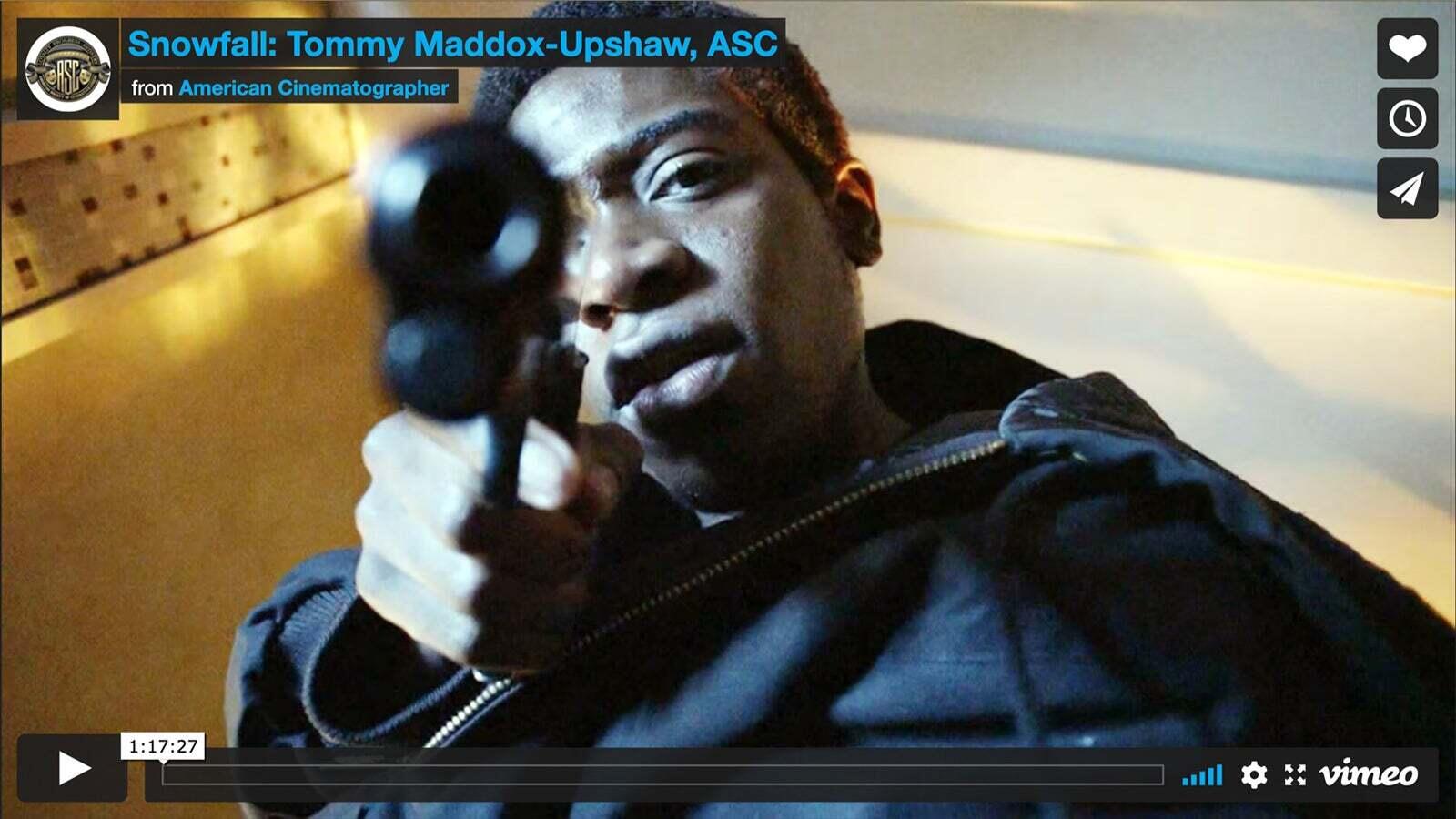 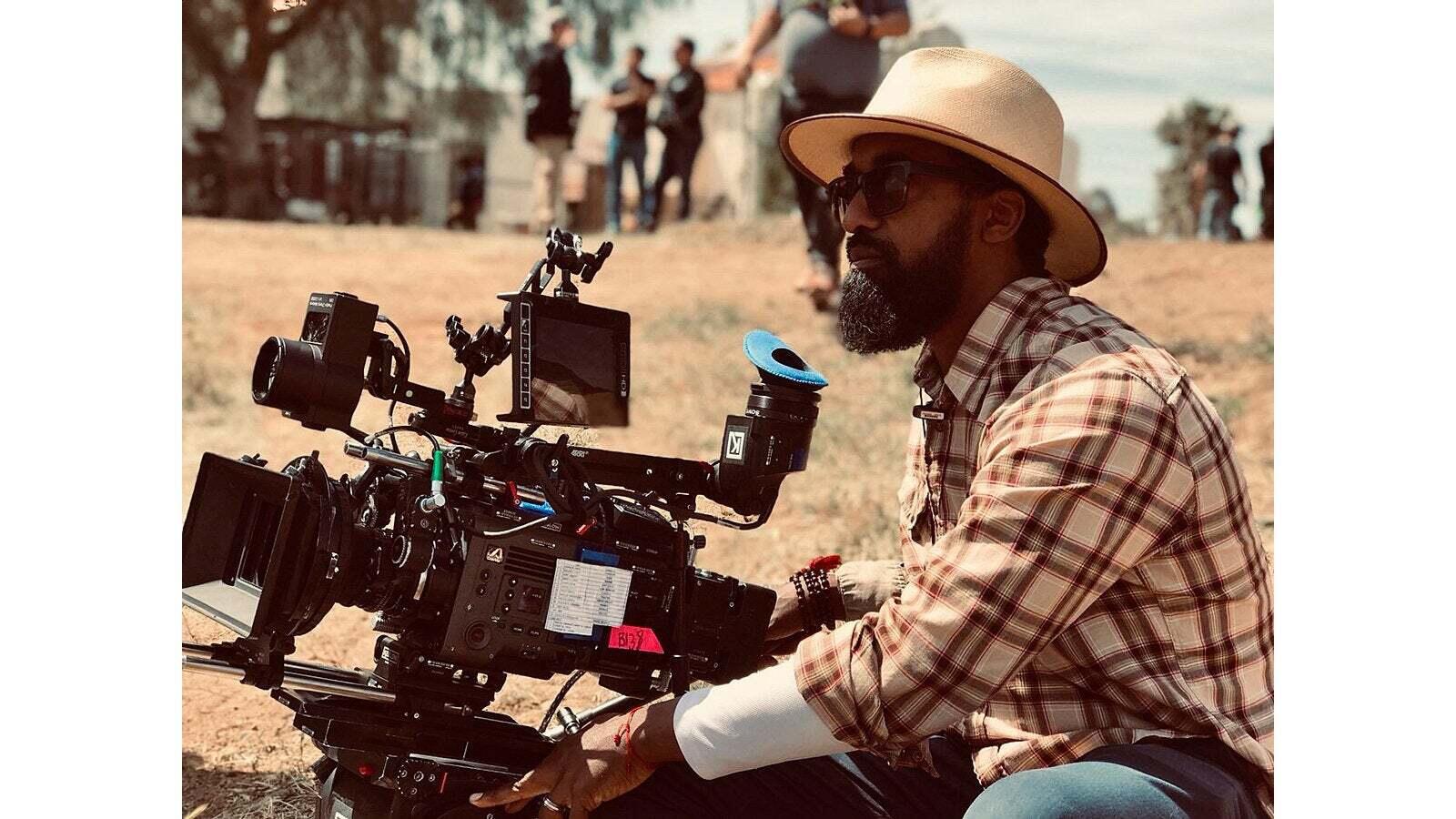 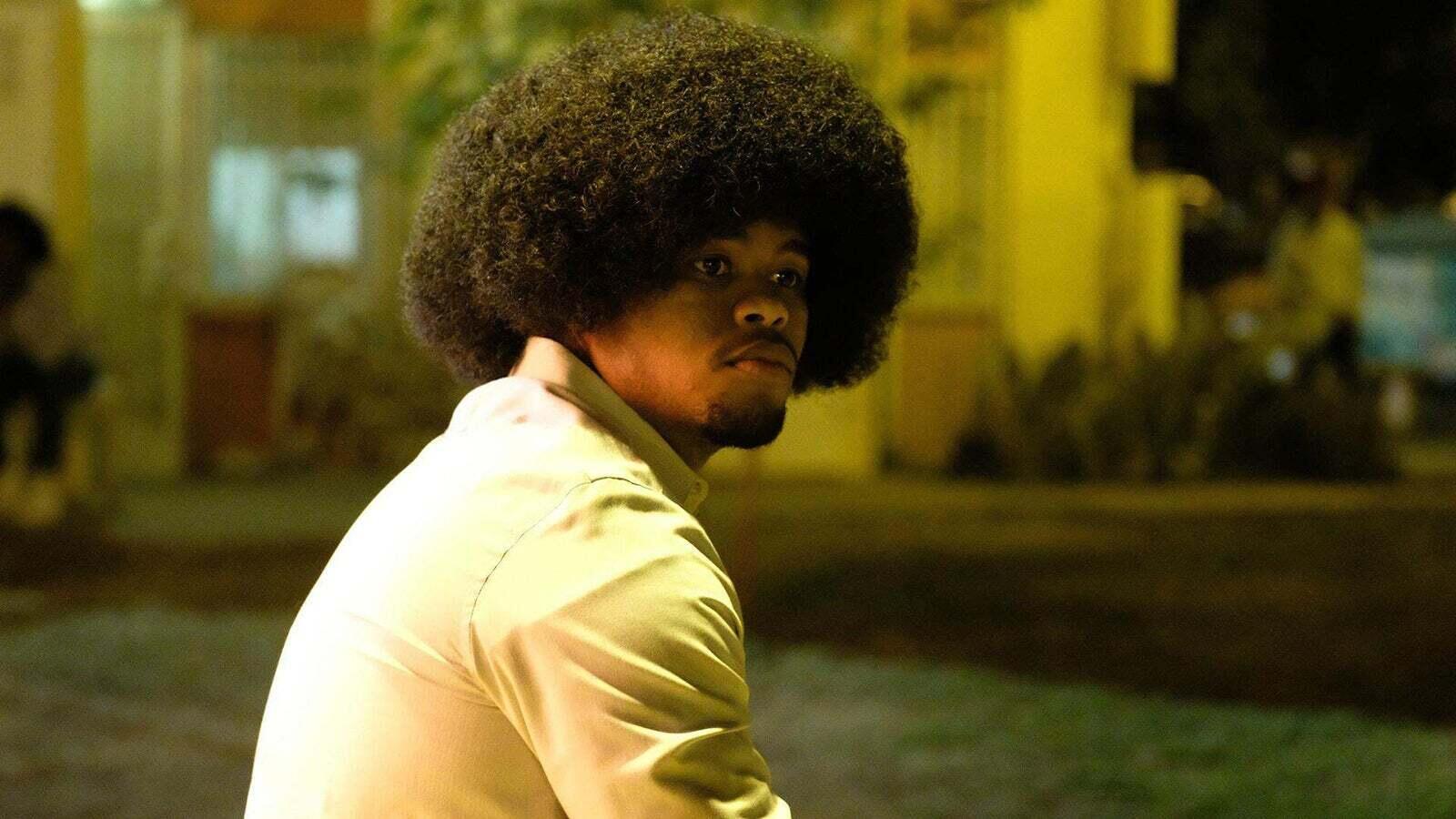 Maddox-Upshaw describes himself a reactionary artist who “aims to find the visual arc through collaboration with a director and other [department heads] on set to bring authentically memorable cinema that is honest to the script.”

He grew up in the Boston neighborhood of Mattapan but was schooled in the Boston suburb Newton. Since there was no film department at the College of the Holy Cross in Worcester, Massachusetts, he focused on shooting black-and-white still photography as well as student video projects. When he was 18, he was hired as a production assistant and worked on sets in Boston and New York City.

After gaining practical experience in the grip and electric departments, Maddox-Upshaw attended the American Film Institute and earned an MFA in cinematography.

After graduation, he served as a gaffer on music videos and commercials for clients including Ford, Allstate and HBO, among others, earning opportunities to serve as a cinematographer from people including Spike Lee and Matthew Libatique, ASC. 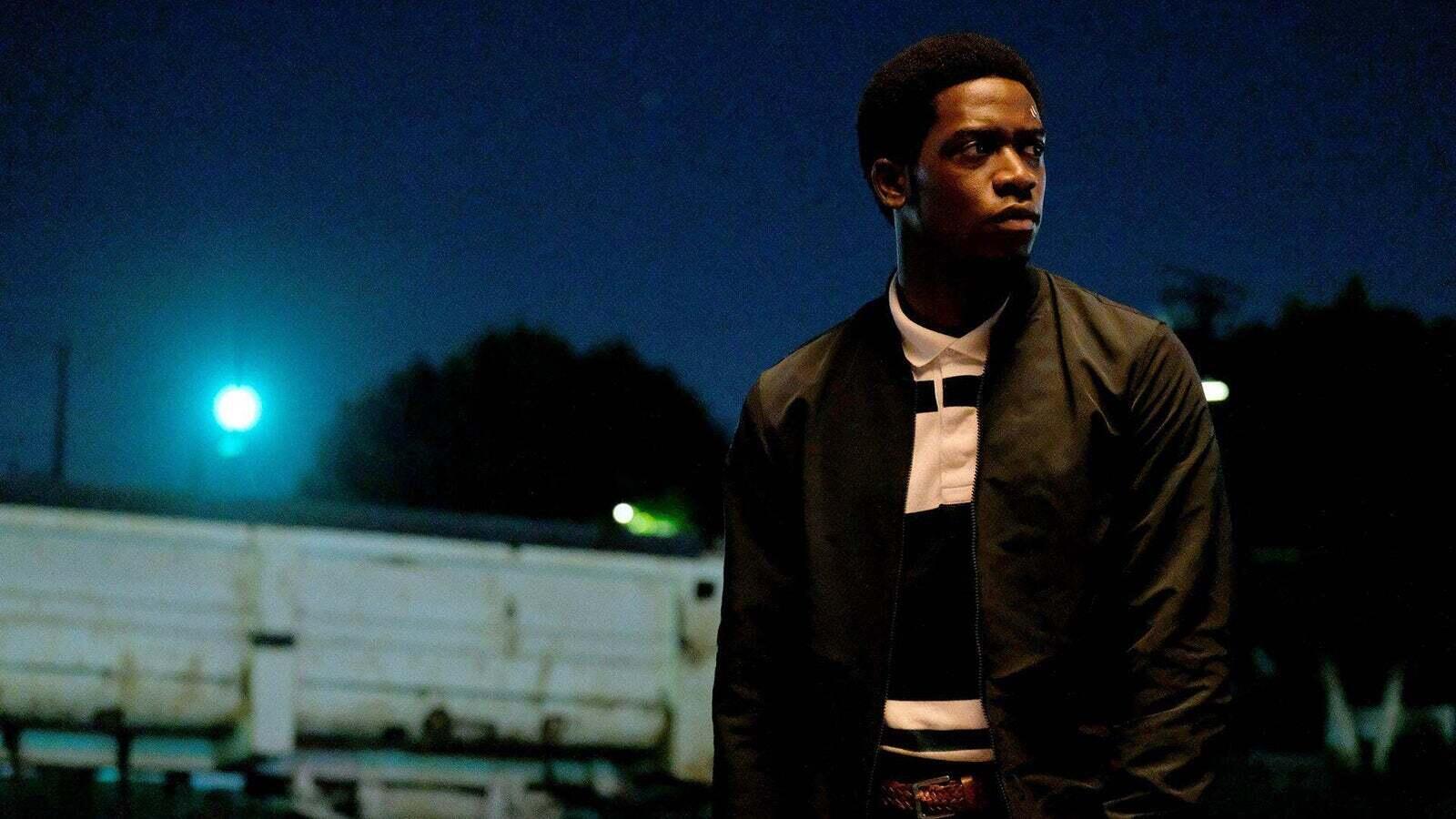 His other television credits include Empire, On My Block and Huge in France, as well as the web series Ro and Ruth & Erica. 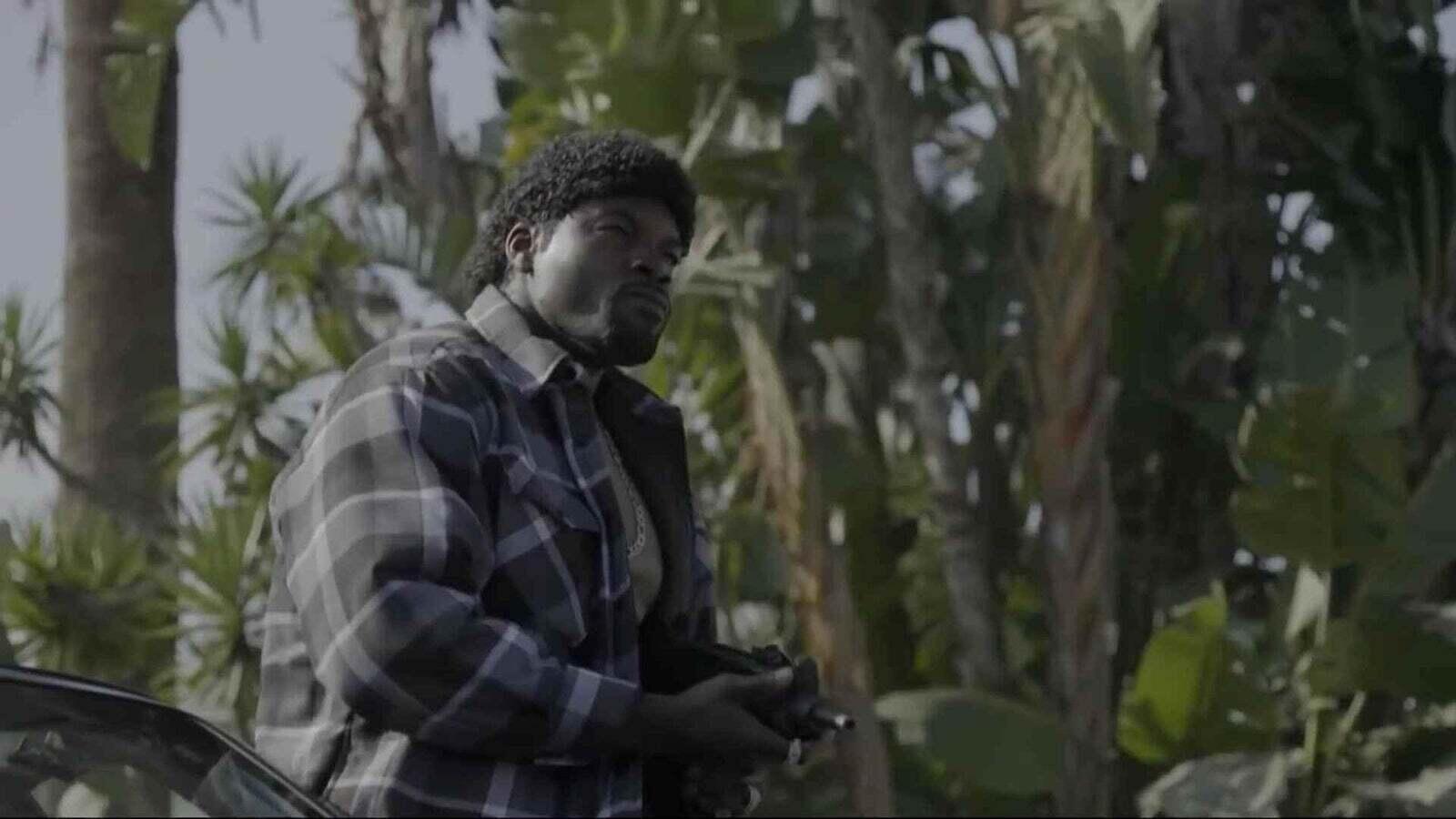 Interviewer Todd A. Dos Reis was raised in a New Bedford, Massachusetts, and grew up an avid movie fan — sneaking into R-rated films at the age of 8 to see “Three the Hard Way, Uptown Saturday Night, and other films that would later be classified as Blaxploitation, where actors like Sidney Poitier, Jim Kelly and Pam Grier were the heroes fighting for black people.”

Inspired, he took a photography class in high school, which introduced him to the science of making an image. He went on to earn his BA in Cinema-TV production at USC, but then serving as a camera assistant and operator, “watching amazing cinematographers gave me a great foundation. As a young DP in the heyday of MTV, shooting close to 100 music videos gave me ample opportunity to create without fear.”

His mentors include ASC members Russell Carpenter and John Simmons, and his credits include the series Entourage, Necessary Roughness, Longmire, Crazy Ex-Girlfriend, SEAL Team and Rebel.