Chris Flores is a director of photography in the unscripted world, and a camera operator in both scripted and unscripted. SonyCine.com recently talked with him about his work as DP on Shaq Life Season 2 on TNT and Hulu.

Tell me a little bit about Shaq Life, how you came to it and what it's about.

I received a call in early 2019 from Tess Gamboa, who's the show runner of the show. Tess was referred to me by her husband who's a lighting director with whom I've worked in the past. He knew I was fresh in Atlanta and said, "Hi, we got a season two of Shaq Life," and inquired what my level of interest would be. So we started talks early on. The big holdup at the time was his schedule, and then COVID hit.

There was a long period of time where I didn't hear from her. And then she reached out out of the blue and says, "Hey, guess what? We got the green light, we're a go." We started shooting November of 2020 and our last shoot day was in May or June. We had quite had a long run. It was an amazing opportunity to work with such a larger than life character and really see the behind the scenes of how this man really lives, who he is in real life. That was incredible, it was an amazing ride. 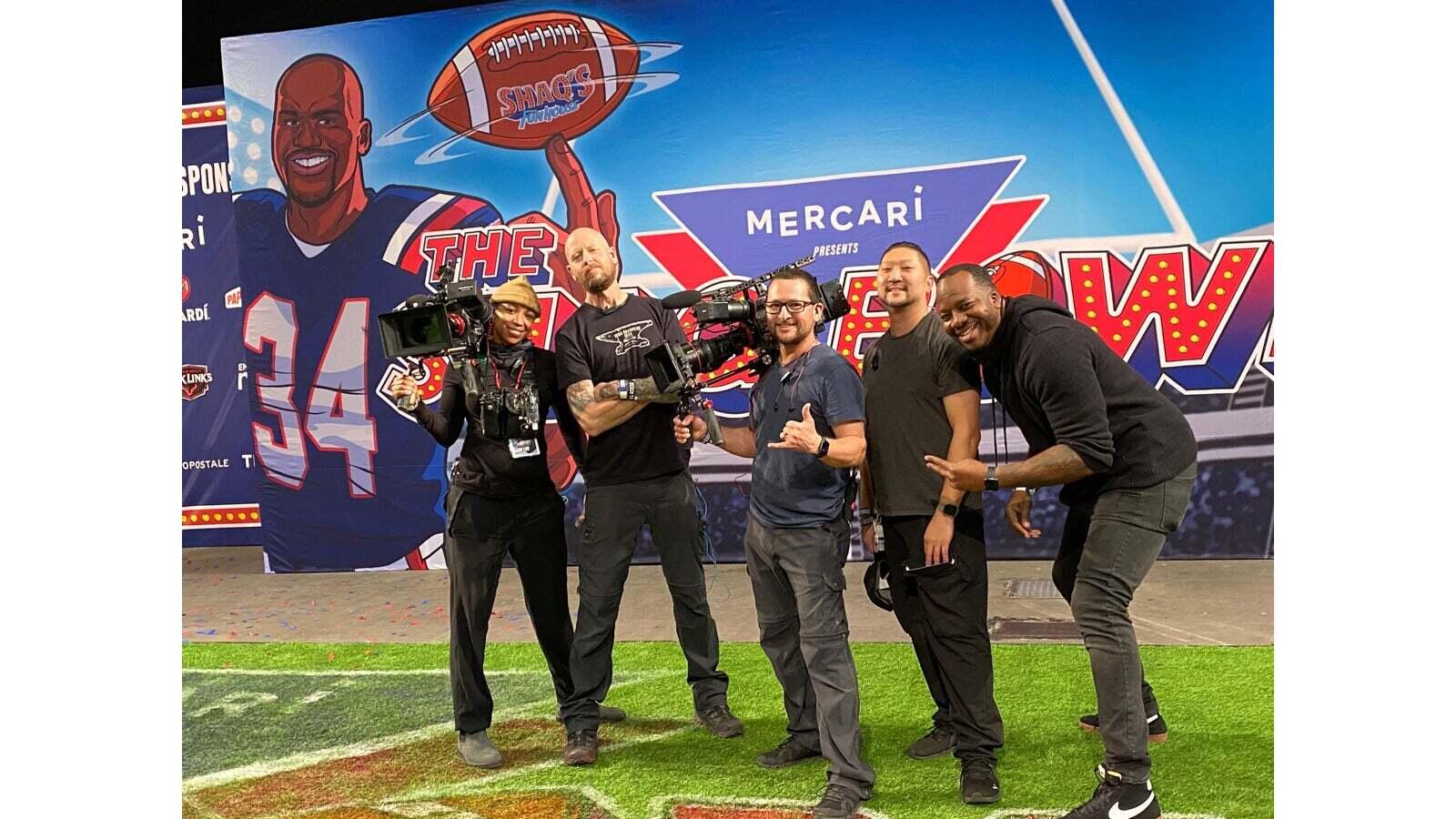 How did you decide on the FX9 for this project?

Through all the talks that I had with Tess. She said Shaquille is usually very close with his camera guys and this is how he works. It's very run and gun, like The Amazing Race. She knew that I was on The Amazing Race. She knew I was on the COPS show. So I had that background. So through creative talks and lots of note taking, I landed on the FX9 because I feel like it was the best fit for what we were doing.

Shaq really is run and gun. I was super excited and ambitious with my approach. I made a look book and style guide. I had a lighting day. So I went to his house and his cousin, Kenny, who takes care of a lot of his business matters, gave me a tour around the house. And based on my conversations with the production company and with Tess, I put together a lighting diagram of how I wanted to light.

And then Shaquille comes out and we start chatting. And he sees my notepad and he’s like, "Chris, Chris, what are you going to do with all that?" He's like, "Stop. Stop. We aren’t putting up any lights in the house." And I just looked at him. I said, "Really?" He said, "We're never going to shoot in here." The production company told me because of COVID we're not going to go out anywhere and that the whole show's going to be shooting in his house and here's Shaquille O'Neil's telling me we're not ever going to shoot in the house.

He said, "Yeah, but we aren’t lighting the house." So I replied, "Okay." So considering that, because of the ergonomics of the camera and the way we had to shoot, since I knew I'm not going to get to light and the lighting's not going to be great or perfect, I needed something that was fast with a high ISO range.

I used to do this type of shooting with the C300 Mark II. And it was just incredibly difficult to try to get around because no matter how you build that body, it just wasn't comfortable and wasn't for me. I thought, "I got to make a change." And that's when I bought the FS7 II and then a year later I bought the FX9.

What is it about the FX9 that made you select it? 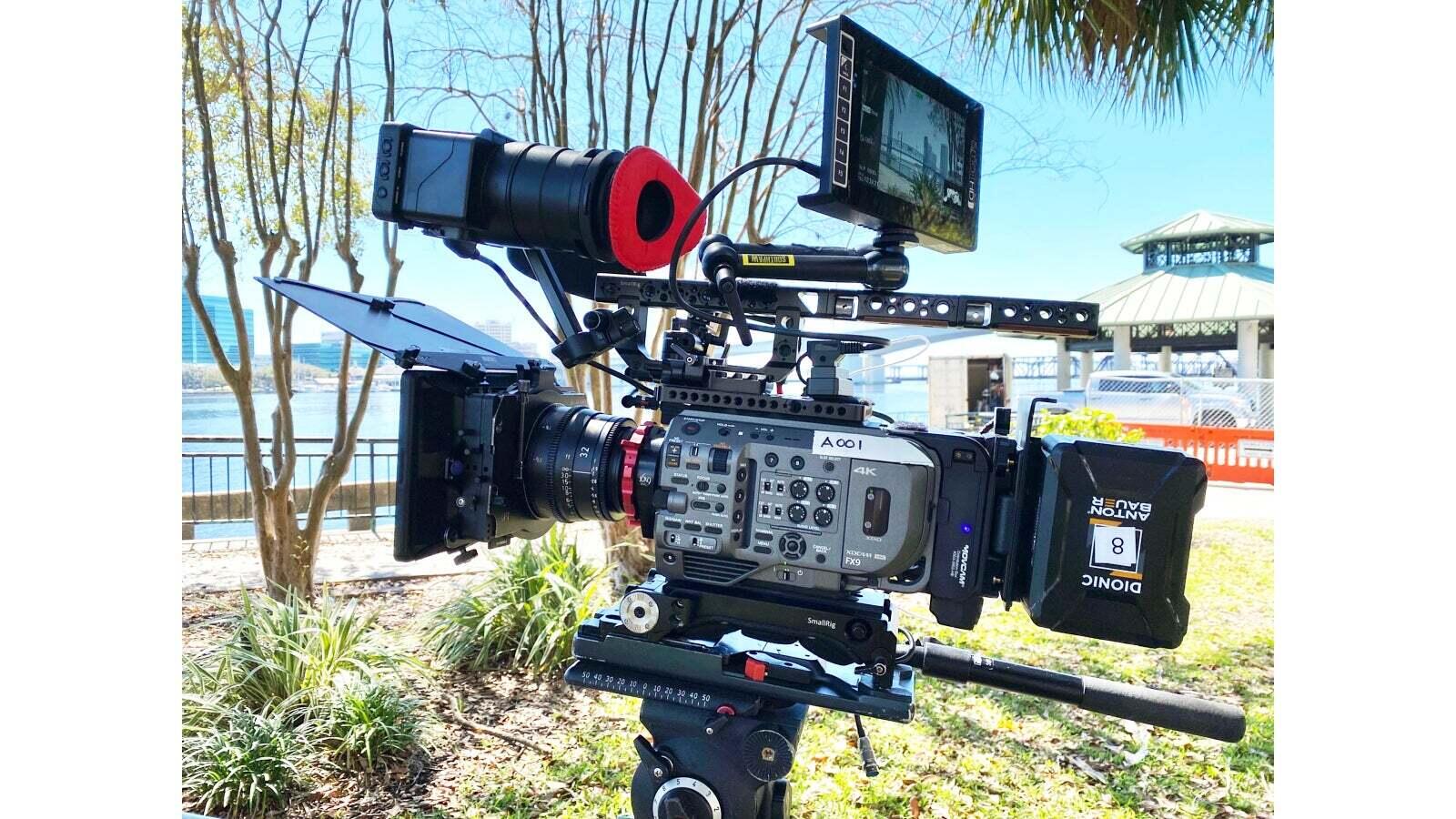 Are you shooting in S-Cinetone or S-Log3 or…?

The high ISO feature, being able to shoot 4K all the way open was just the biggest game changer. The variable ND, and auto variable ND, is a great feature. Just those features alone sold it. I was also able to rig the camera so it was well balanced and allows me easy access to the buttons and what I needed. And it was so comfortable to be in a run-and-gun environment with it because it was a lot of in and out of cars or wherever we were at. As it turned out, we hardly ever shot inside his house. Shaquille's always right. It's what we learned early on, Shaquille will always be right. We were in and out of all kinds of places.

So that was really important to me, to be able to deliver a clean, good image. I didn't want to have to fuss with or fight the camera in any way. The FX9 was the best fit, and then anytime I did have an opportunity to pull out a gimbal, I had the a7S II on a Ronin S. I just upgraded to the a7S III. 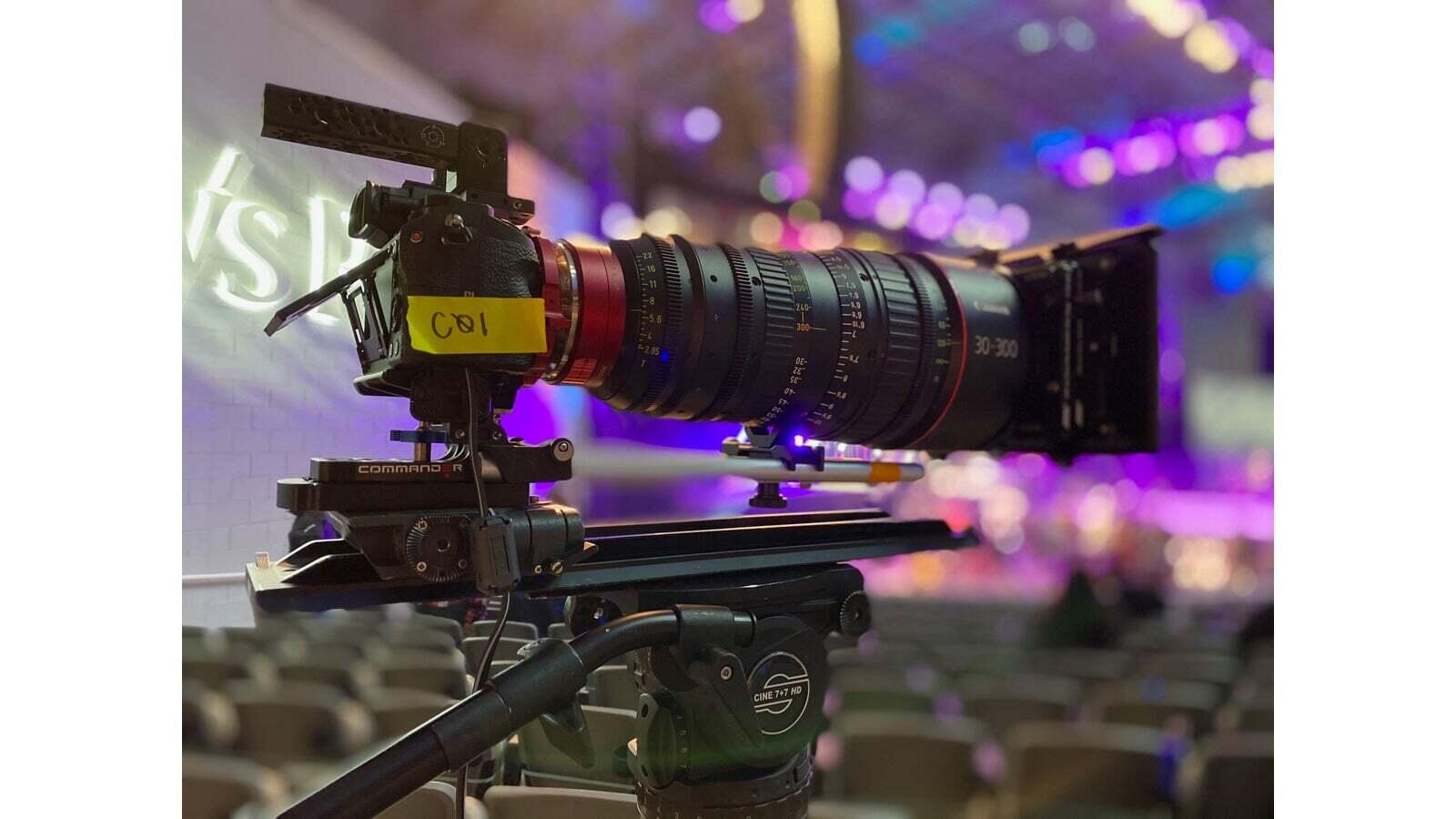 How did you find matching the files from the footage from the A7S II with the FX9 in post?

I wasn't involved in post at all. The feedback I received was that it looked great. I shot everything in Log and they seemed pleased with everything.

How did you use the dual base ISO in the camera.

I love the dual base ISO. That is such a game changer, especially for what we were doing, being able to switch between the two ISOs with the switch of a profile button was absolutely incredible for us. The fact that we can jump up to ISO 4,000 and not sacrifice any image quality is amazing, a huge game changer.

That's one of the reasons why I bought the FX9 and also why we used that camera, it was the right fit all the way around. I never try to push any of my gear onto shows. That's what I do now, I'll get the call to DP but I always like to talk with the client, have a conversation and try to figure out what the best tools are for the project. It was like this for Shaq Life. 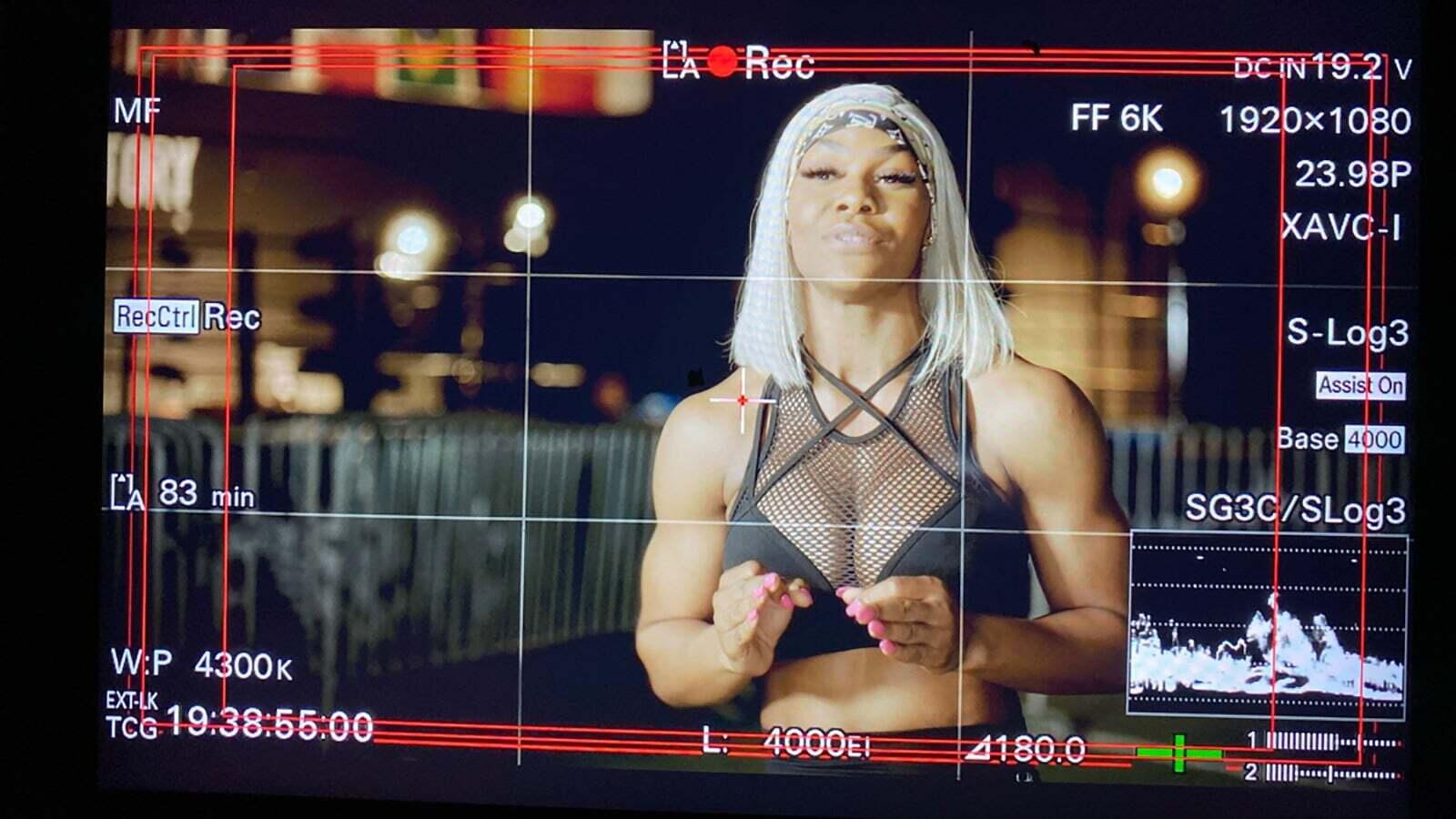 What sensor mode did you use?

The majority of the time we were in Super 35, Our zoom lenses were Super 35, but I did pop into full frame if I was jumping onto a prime. If I wanted to be a little bit wider, I know that the 17-120 won't cover the image sensor. I had some full frame Canon lenses that I used, so I would throw those on. I've since gone to Sony. I have the Sony G Master lenses. I wish I had them for Shaq Life because they would've been great. I love the face detection autofocus. That's a game changer, it's amazing. And I use them now for my current projects. The G Masters are now my go-to.

With autofocus. I still shoot in manual, I'm a photographer, but there are some situations where autofocus is the best choice. If I have a moving target, I'm not scared to use AF. I do a lot of BTS work. HBO is a big client of mine. And so they call me to do a lot of their marketing. So a lot of that involves BTS, capturing the crew in their element and moving around, so it's great turning on the autofocus feature and the face detection. It's great. 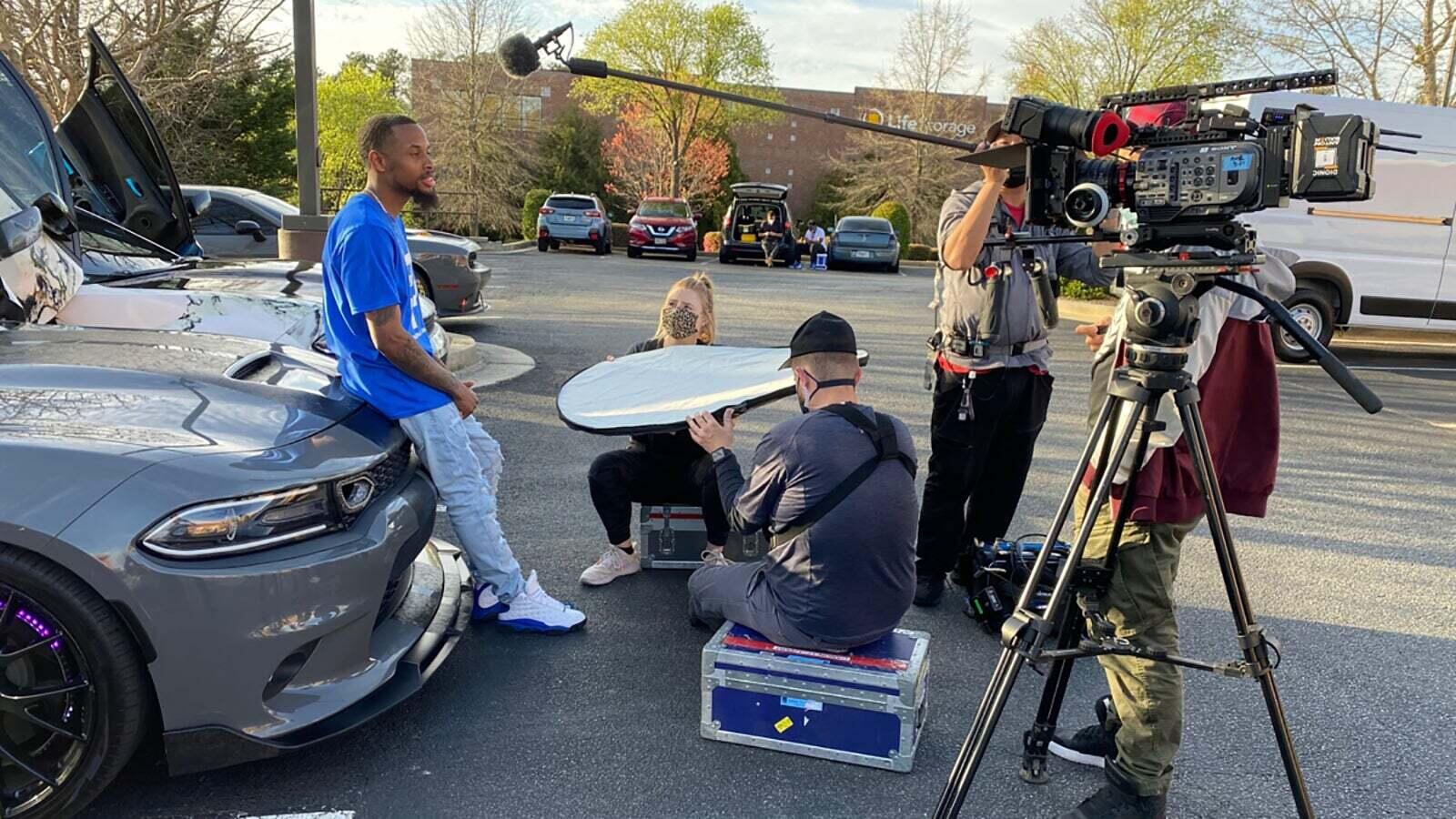 Nice. How about skin tones?

On the FX9 I think the skin tones look great.

In what format did you record?

We were shooting XAVC-I. 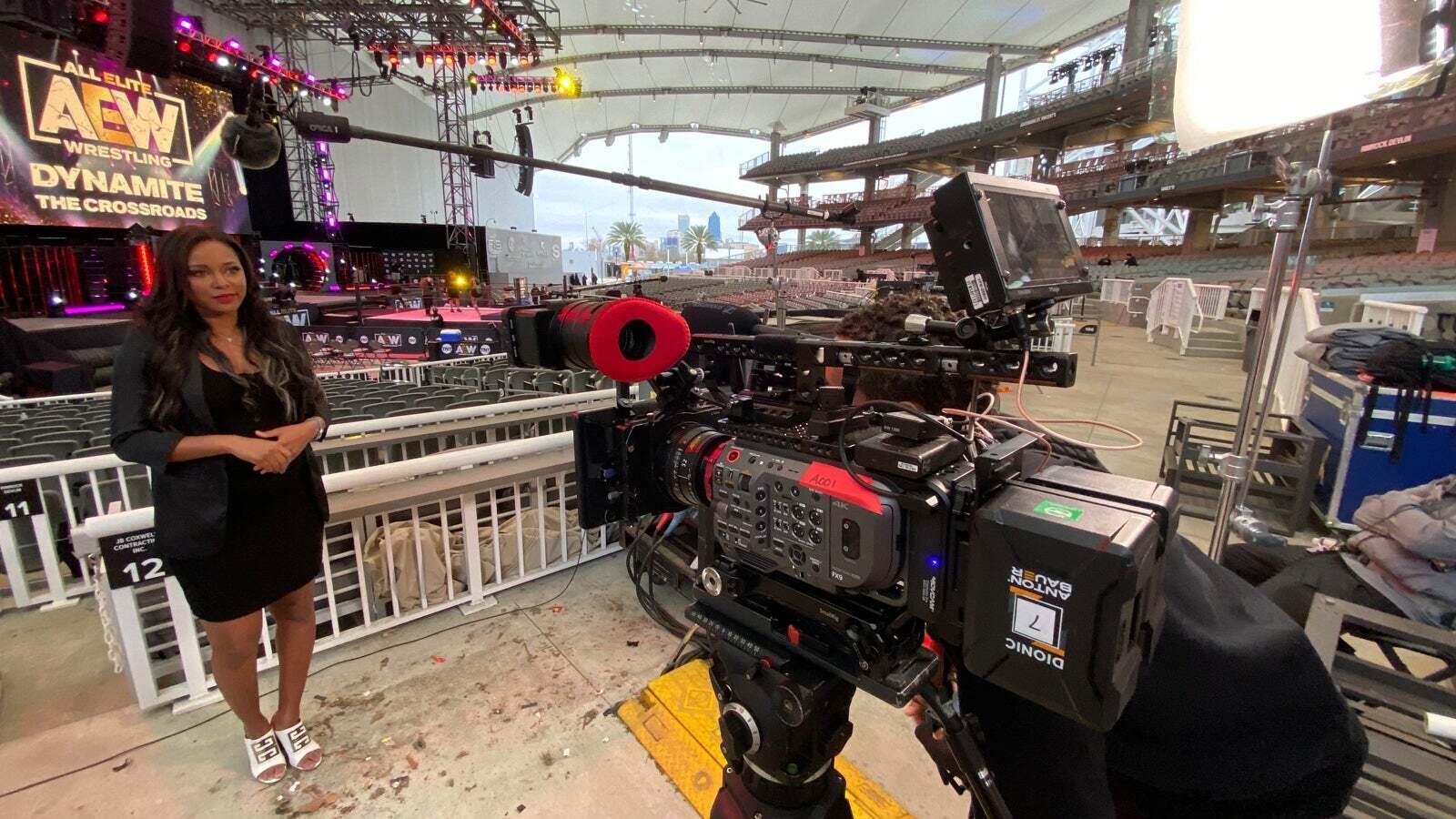 I’m getting the feeling that the FX9 really fit the mission for this show.

My experience with the camera overall, I was incredibly pleased. Shaq Life is very much a run-and-gun show, and that's why this camera was the right fit, but it's also the right fit in a lot of other types of shows that I do where it's not run and gun. For Shaq Life particularly, it was the right fit because there's no waiting around for Shaquille, when he wants something to be shot, he wants it right then and there.

That's the other thing too about this show, the majority of the time we had no idea what we were going to shoot that day. There were talks amongst the producers and Tess, so I would always try to talk with her as much as possible and prepare, but we never knew in advance what we were shooting.

And the takeaway from this is, the camera was great because if I had no lights at all, if we had to just go, which is what we did a lot, then I knew that I could just grab a camera and we could be shooting wherever. And a lot of the shoots were at night. I didn't have time to fuss or fight with the camera when I didn't even have any time to light.

I definitely pushed the FX9 as best as I could, but I think with any other camera we would've suffered to some degree because of the features that wouldn’t have been available to us. So yes, the FX9 definitely was the right fit for what we were doing for six months. 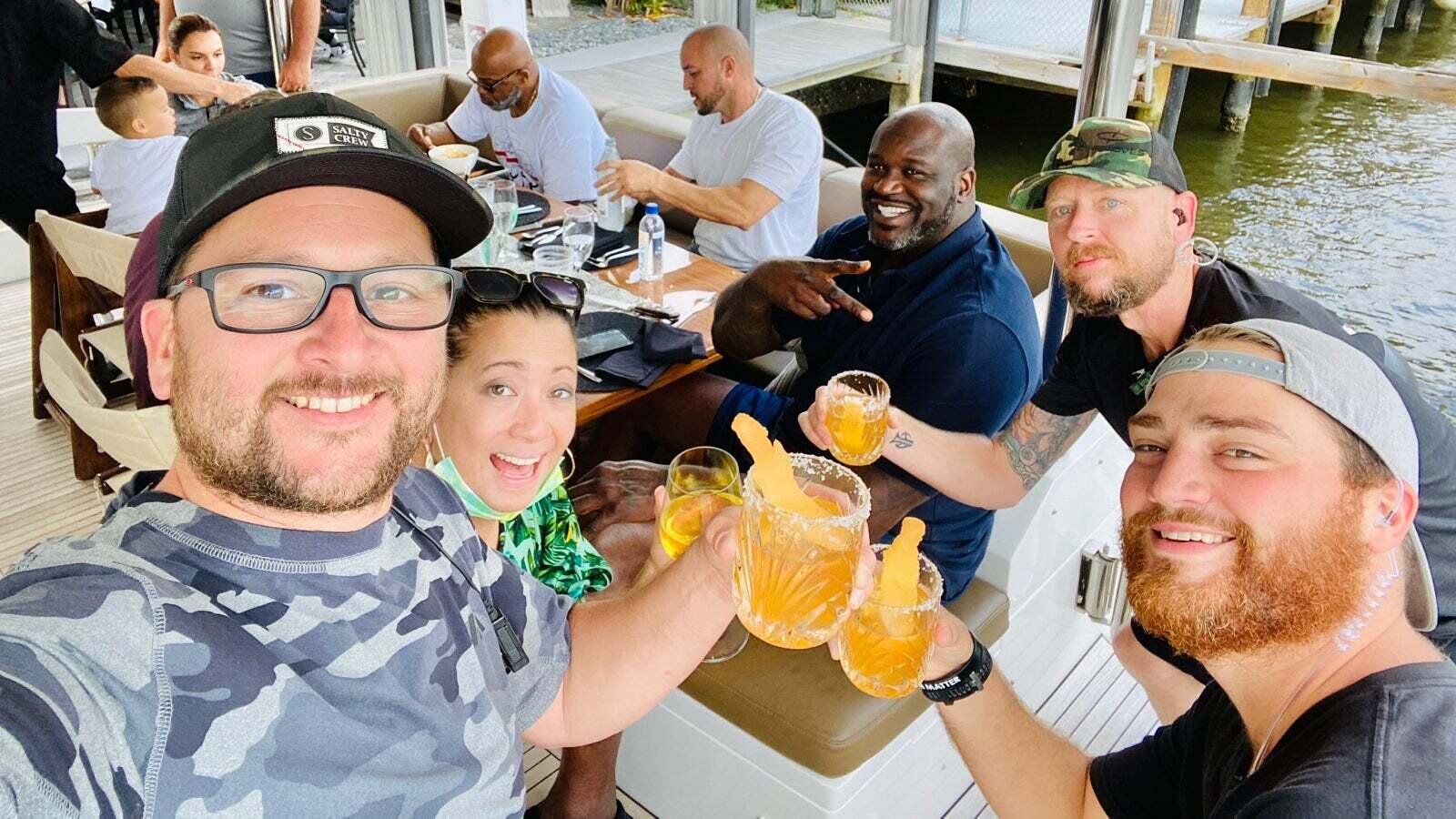