Filmmaker Lauren Peele Gives Us the Lowdown on Pulling Focus

What does it take to be a stellar 1st AC? Let Lauren Peele tell you.

One glance at Lauren Peele's IMDb page reveals an abundance of experience on all types of film and television sets. Currently, Peele serves as first assistant camera on The L Word: Generation Q. She has worked extensively in camera departments and as a cinematographer, so her advice for working behind the camera is extremely valuable.

First assistant camera is also called "1st AC" or the "focus puller." As the title suggests, this person is responsible for adjusting camera focus and keeping the subject in focus throughout a scene. But the job requires so much more than that and is often one of the most difficult positions on a set.

Peele was kind enough to speak with No Film School about what it's like working as a 1st AC, the best practices for focus pulling, and how best to support the cinematographer. Let's dive in! 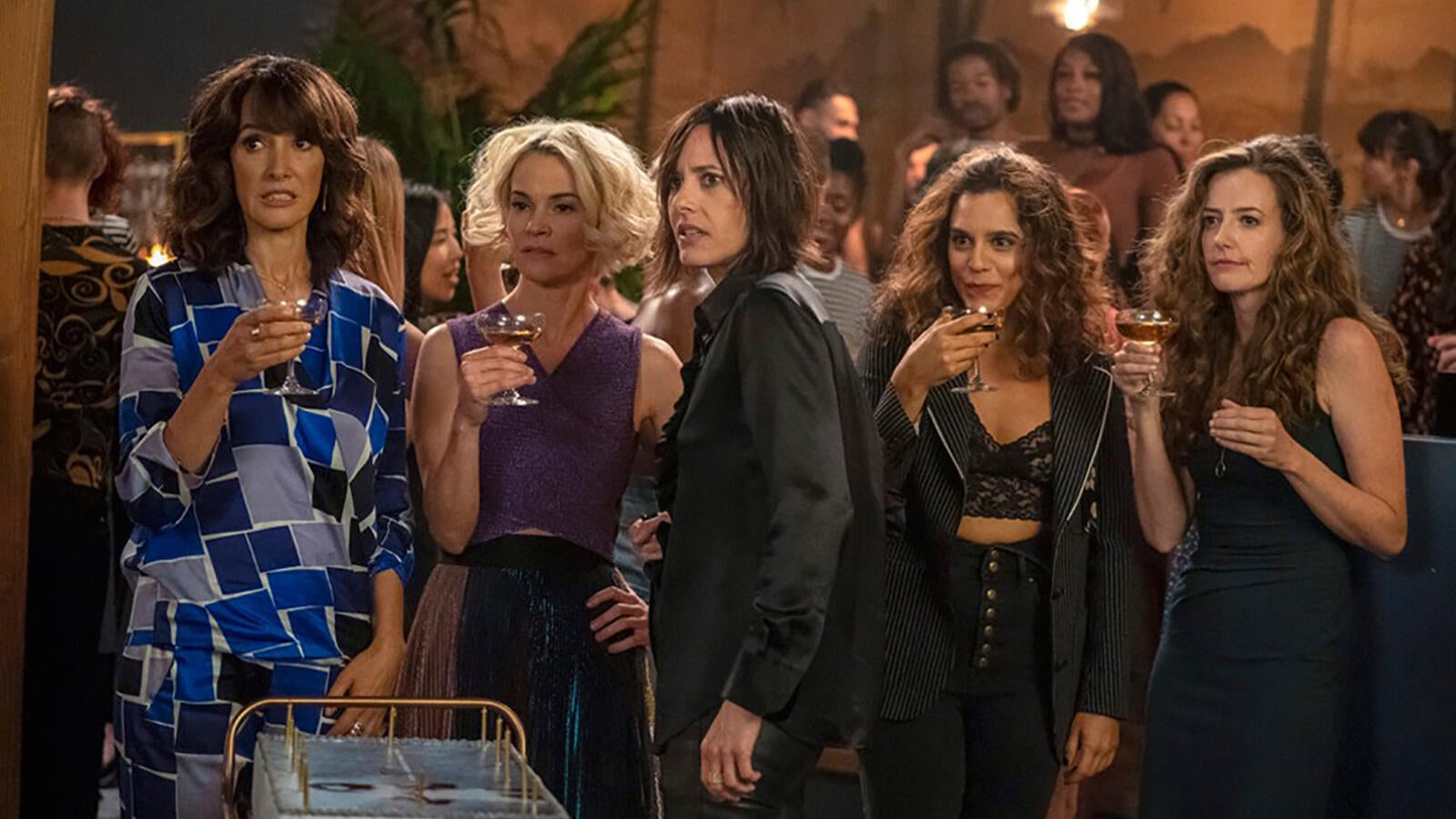 No Film School: What does a day in the life of a 1st AC look like?

Lauren Peele: Well, if you're on a multi-camera show like I am, I'm what's called the A first, and so I'm the key of the entire camera department, so I work directly under the DP. What my day looks like is I help facilitate everything that goes on with camera in terms of where we're going to be staging, what lenses the DP wants up first on the cameras, making sure that the cameras are built to the standard. If we have steadicam, making sure that if I'm the steadicam AC that I'm prepared for my camera to go back and forth.

It's not just focus pulling. That's a big part of my job, but really that's only my job whenever we're rolling. It's a lot of logistics. It's a lot of technical stuff in terms of making sure that you know your camera in and out for the DP and for the operators. Supporting your operator with whatever they need and then ultimately helping them get that shot off and keeping it sharp.

NFS: Could you tell us your path? If someone else wanted to work their way up to a position like yours, what should they do?

Peele: I actually went to grad school for cinematography. My undergrad is in theater. But we had film classes, and I knew that I wanted to go into filmmaking. And somehow, me always getting put with the camera and the lighting and everything like that, I feel like the universe was pushing me in that direction. I always loved movies growing up and I was always attracted to the visual and the next thing I know, cinematography was pushed in my direction.

But while I was in school getting my master's degree, I ended up focus pulling for a lot of my classmates and a lot of upperclassmen that were doing their thesis films. I fell into focus pulling, and to 1sting. And I kept on being hired and told that I was good for it, so when I moved to Los Angeles after grad school, I immediately kept my network from my school and they started hiring me as a 1st AC out here in Los Angeles.

I decided, "Okay, I think that that's going to be the path that I choose." I just worked on anything and everything that I could. Short films, music videos, features, commercials, everything.

I never stopped. I always kept on pushing to do that. And now here I am almost eight years later in the union working on these big television shows, bigger movies, and everything. But it was because I kept on pushing really hard. I didn't take days off to get to it. Hard work is what gets you here for sure, and your network. Be really kind to your network. They help you with a lot of things.

NFS: How do you best support the DP?

Peele: Communication is one of the biggest things when helping a director of photography. They've got a lot on their plate, and they've got a lot of departments to talk to. You've got to make sure that you're constantly reminding them to communicate with you. What I like to do with my DPs is I like to make sure that if I know that on a schedule, something's coming up, I talk to them about it ahead of time instead of finding out on the day all of the problems that we might face.

I also help them to provide solutions. A DP doesn't have time for you to explain to them why something is going wrong. They just want to know a solution. You have to make sure that you keep your DP on task with being able to help with the director, help with the AD department, and whoever else because they have a schedule to keep.

NFS: What are your best practices for pulling focus?

Peele: I came from the world of first pulling by distance, because I pulled on film, and then I went into the world of digital so I'm what they call a hybrid. A hybrid knows distance and they know how to pull with a monitor. Nowadays we're very far away from the camera.

But my best practices are, if I can, I like to be line of sight with the camera. I don't really have a lot of time to go through marking and everything like that with a lot of the shows that I do, because a lot of them do handheld, wide open. Just making sure that if you have second-team rehearsals, that you're constantly there watching the movements, practicing with the second team—which, second team, they're the ones that are basically standing in for the actors during the performance.

Also, I like to see if there are any landmarks anywhere on the set or on location that I know, "Okay, that's 25 feet away so I know when they hit that mark, they're going to be about 25 feet away." I also like to watch my actors' movements a lot. I know, especially when I work on a long-term project, which actors like to really go past their marks and which ones, when they hit one, they might move back and forth. I really try and pay attention to what my actors are doing and what my camera operators are doing as well.

Another good practice is to remind your operator if they're going to do a close-up shot, "Hey, this is the minimum on the lens." Because that sets both of us up for success.

Also I would say, I guess back in the day when I did do marks, if you have a big, complicated dolly shots, marking the side of the dolly is also really good with different tabs too. That way you know each tab that you hit is, "Oh, this is the tab marker for five feet. This is the one for three feet." But nowadays, they don't give you a lot of time for marks anymore.

NFS: I know you've worked with Sony VENICE before. What do you like about working with it?

Peele: I love working with VENICE. I've done two bigger shows with it. [On] The L Word we're using it right now, and the biggest things that I love about it [are], number one, the internal NDs because they go all the way up to 2.4, so that lightens the load.

Also, our DIT actually can connect to the VENICE, and so he controls all of the settings. I know that everybody loves how ARRI has the WCU-4, and we can control that. But this is actually really awesome. Whenever you just plug in a WiFi dongle to the VENICE, all of a sudden you have full control of the camera, so it's the same exact thing. I don't even actually have to have a specific hand unit anymore to do that. My DIT can just do it.

Another thing that I think that's really great about it is it's a very well-balanced camera. Whenever I do a build for an operator, and I'm building it out, I can get the camera nicely balanced for them. That's super important for them, especially when they're doing handheld. They don't want something that's super front-heavy or super back-heavy.

Then another thing I think that it's more on the DP side, but it's definitely helped my DPs a lot is the dual ISO is really great. It's been a time-saver for a lot of things, which is helpful for my department, for sure.

I do like where they have the readout of the lens data as well. It's on the left side of the display. That's really great because that's helpful to, not only myself, but my DIT and my DP.

NFS: You have basically one of the hardest jobs on set. You have to manage so much with gear and timing and the crew. Is there any other advice that you would have for someone going into this position?

Peele: I think that the biggest thing is, it's a team and ultimately, you have to support each other. Always recognize when somebody on your team has a really great idea, even though you're technically the person that is the key and in charge, you need to lean heavily on your team in those moments, especially when you're dealing with a lot. Because you really do, between a rental house, the DP, the camera operators. Running a department, it's a lot, and you have to take time to say thank you to them because they're ultimately what helps get you through the day.