Capturing a country on the brink of fascism with clear focus.

David Simon and Ed Burns, who were co-creators of "The Wire," bring us "The Plot Against America," a six-part HBO series that asks what if famous aviator Charles Lindbergh, running on an antiwar, anti-Semitic platform, won the 1940 presidential election instead of Franklin D. Roosevelt.

The limited series is adapted from the Philip Roth novel of the same name, and its alternative history is chilling. To create the visual palette behind the period piece, show creators looked to cinematographer Marten Ahlgren, whose work includes "Daredevil," "Altered Carbon," and "House of Cards," for which he was nominated for an Emmy.

Reposted with permission, as seen on NoFilmSchool.com.

Ahlgren met with directors, Thomas Schlamme ("The West Wing," "The Americans") and Minkie Spiro ("Better Call Saul," "Downton Abbey"), each of which would be helming three episodes, to discuss his point of view of the project.

Inspiration for the cinematographer came from the golden age of photojournalism during the ‘30s, ‘40s, and ‘50s, including photographers Margaret Bourke-White, Helen Levitt, and Robert Frank. Though photographed in black and white, it was the characteristics in the composition, framing, and lighting along with the contrast and shadows of the imagery that would go on to inform the visual palette of "The Plot Against America."

“The photographers of that period created images that told complicated human stories with authenticity and ambiguity. The photographs have an elegance and immediacy that puts you right in the scene, often by using wider lenses close to the action, with greater depth of field, and framings that present levels of depth that allow us to look around and find multiple areas of interest,” says Ahlgren.

Deep focus became part of the look of the series. Ahlgren wanted to hold as much as possible in focus and let the viewer decide where to look. The two ways you can achieve this is either through a smaller aperture or a smaller image recording area. The cinematographer tapped both. 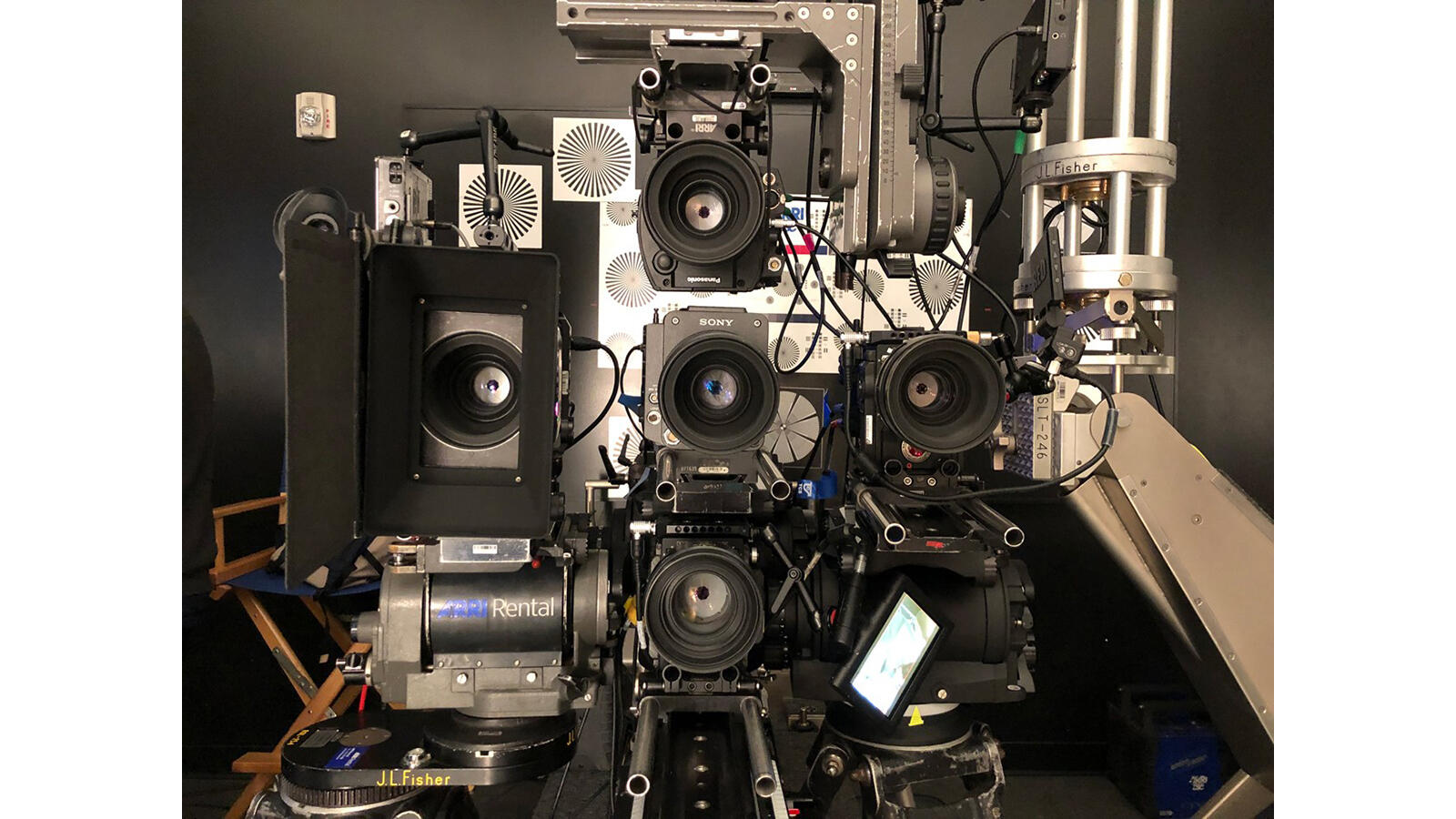 Ahlgren tested five different cameras to find the right balance between shooting format and resolution – ARRI Alexa Mini, RED Helium 8K S35, RED Gemini 5K S35, Panasonic Varicam, and the Sony VENICE. He paired each with a lens from several sets of Cooke S4 lenses, chosen because of the tight spacing in between focal lengths. The test was designed to have the five cameras match depth of field to each other at the same field of view, which was achieved through matching the right focal length to image sensor size (for field of view) and the ISO setting to aperture (for depth of field).

In a DI suite, he compared the different looks, looking at dynamic range, noise level, and color rendition, as well as more subjective qualities, like how well they handled skin tones or if a bright practical looked pleasing.

“I thought going in that the RED Helium was going to be a real contender because it has a tight pixel pitch making it possible to record on a small part of the sensor and still have enough resolution, but we didn’t think it had the right look for this project. We did like the look of the Alexa Mini in Super 16 mode, where the camera windows the sensor to 16mm. Although the camera outputs a 1080p image which was technically all that was required from HBO, in reality it captures about 1600 x 900 pixels, and they felt that was not enough, which can be understandable in the year 2019. The other three cameras were chosen for their higher ISO settings, and what won out in the end was the Sony VENICE windowed down to a smaller sensor size at 3K. For our purposes, the windowed sensor and higher ISO won me over.” 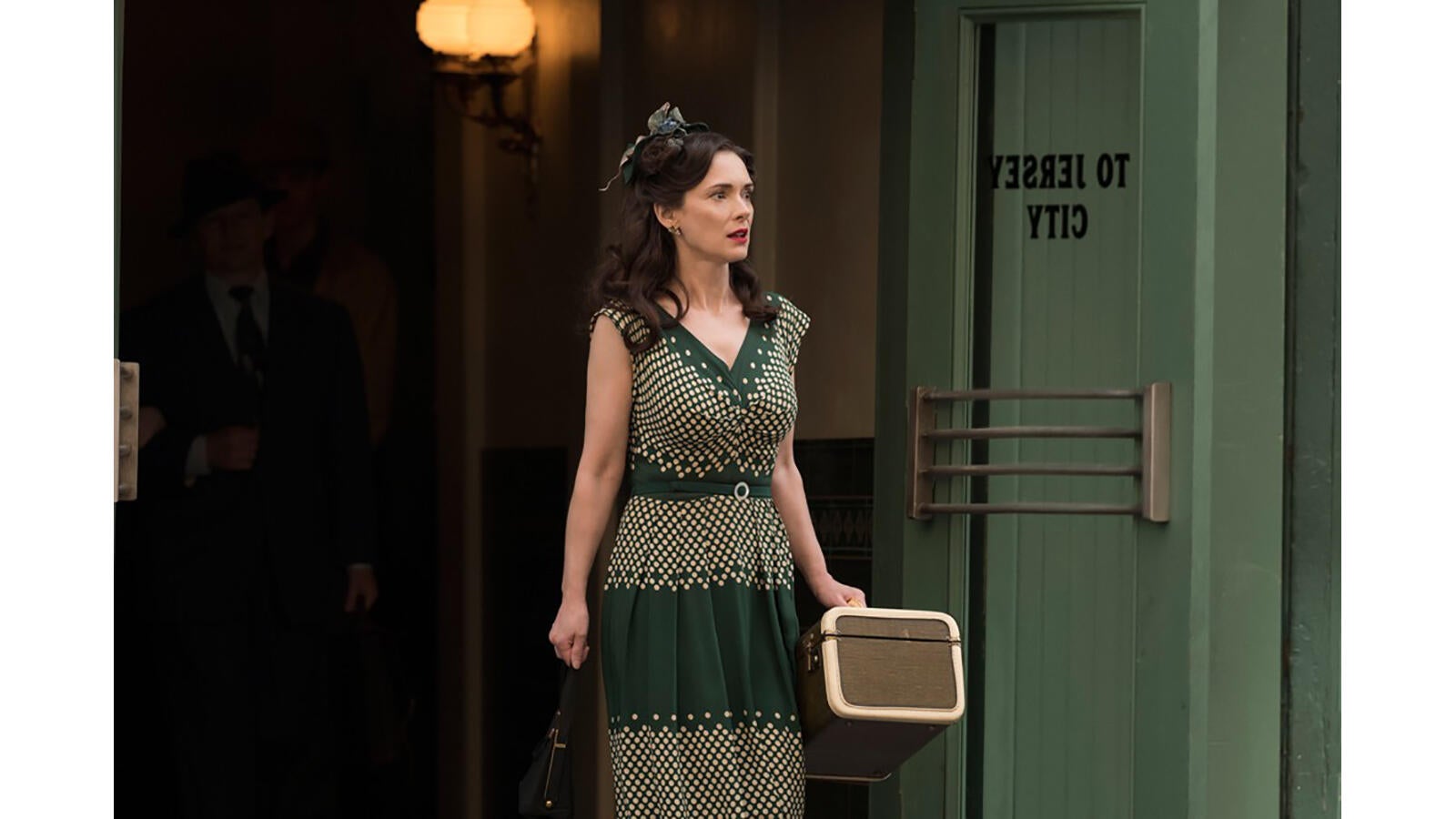 Principal photography used three different shooting modes on the VENICE – 3K, 4K, and 6K. In 3K, the windowed sensor is about 18mm wide across, which is between Super 16 and Super 35. When Ahlgren felt he could get the desired depth of field with just the aperture, he turned to 4K. 6K was used sparingly to add emotional depth to a character or a plot point. Ahlgren had set of Canon Cine Primes that covered the 6K sensor, so he could dial in super shallow focus when the story called for isolating a character from their surroundings or to create a more subjective point-of-view.

The main lenses were a set of spherical Kowa Cine Prominar primes from the ‘60s. “The thing with most lenses is that they show most of their optical aberrations wide open. Since we were planning to shoot at apertures as high as T16, I was looking for lenses that expressed character at deeper stops. The Kowa’s have beautiful flares, but they also have this veiling glare to the image when there is a bright source in the frame and it didn’t really change when you stopped them down. That was one of the reasons I liked them, knowing we would be using these deep stops.”

While the events in the story do not represent what actually happened in history, the cinematographer wanted it to feel like it was very much a possible path for America during that time. “The choices people made or didn’t make back then are very similar to the choices we face today. We wanted the imagery to be authentic and honest, and feel just as much in the moment as any other story told today.” 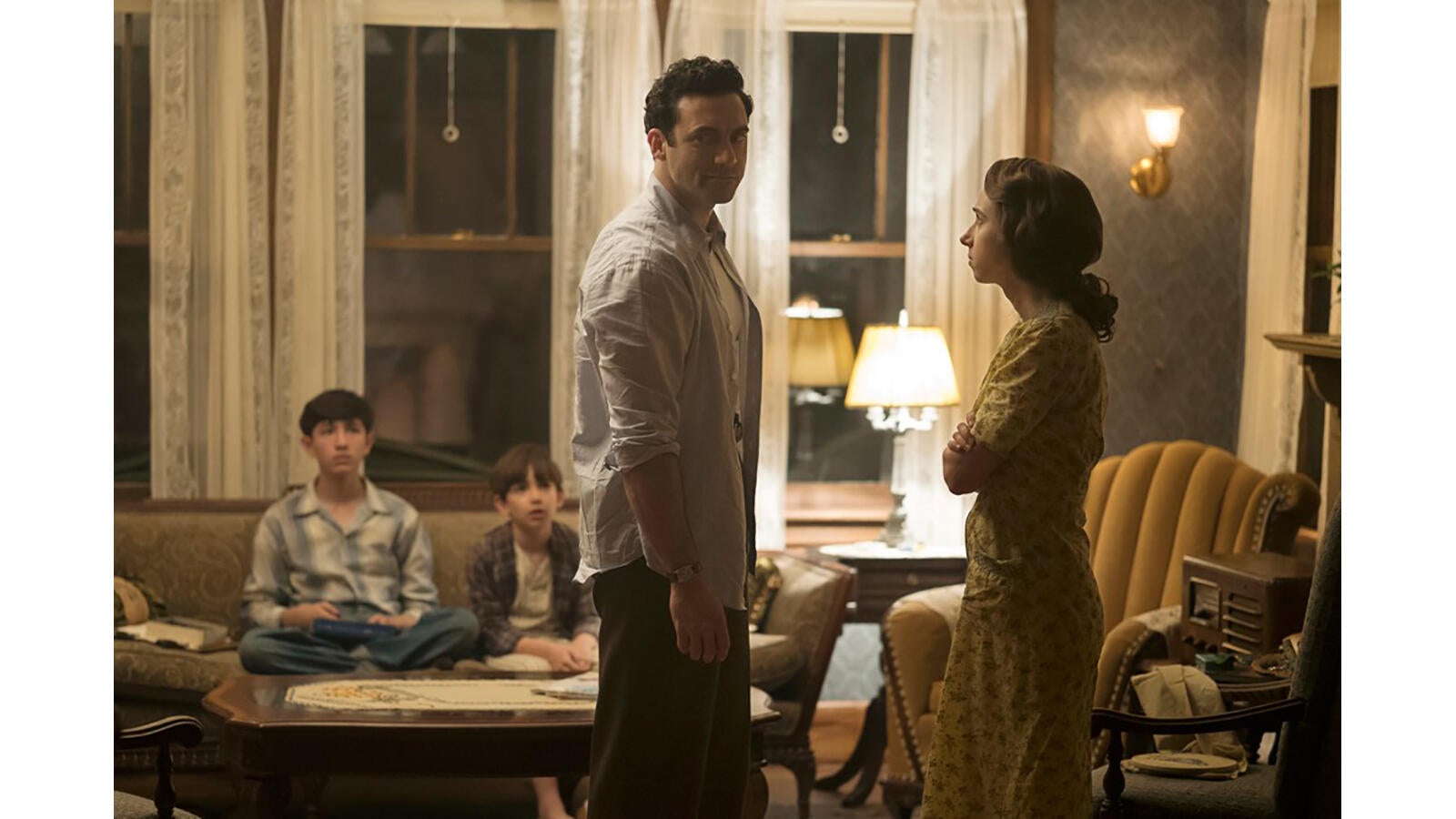 Framing was inspired by the photojournalistic stories of the era and compositions were layered to allow viewers to scan a room and find details. “I don’t think the photojournalism of that time was necessarily looking for deep focus, but there also wasn’t this kind of romanticism with shallow depth of field that we see today,” says Ahlgren. “Holding the foreground and background in focus can give intimate shots a larger-than-life quality, including the world, even in more intimate moments.”

About 80% of shooting took place on location. The filmmakers strived to create connections between interior and exterior environments, either visually through windows and doorways, or physically by traveling with characters as they moved between sets. This extended to the work in the studio where the family’s apartment was built. The set was designed with multiple sight lines connecting rooms, and outside the windows a facade was built across a narrow alley, with windows that looked into rooms where extras could be glanced occasionally. The interior set was matched to a house on location with the same furniture in the front room, so that the camera could pick up the action in one and continue in the other.

Adding to the look was a detailed LUT based on Kodak’s 5293 film negative, a stock Ahlgren used to “love and shoot on”. This was combined with a LUT imitating ENR, a silver retention process used in film processing that creates higher contrast and muted colors. Variations were created for use on set and loaded into the cameras. 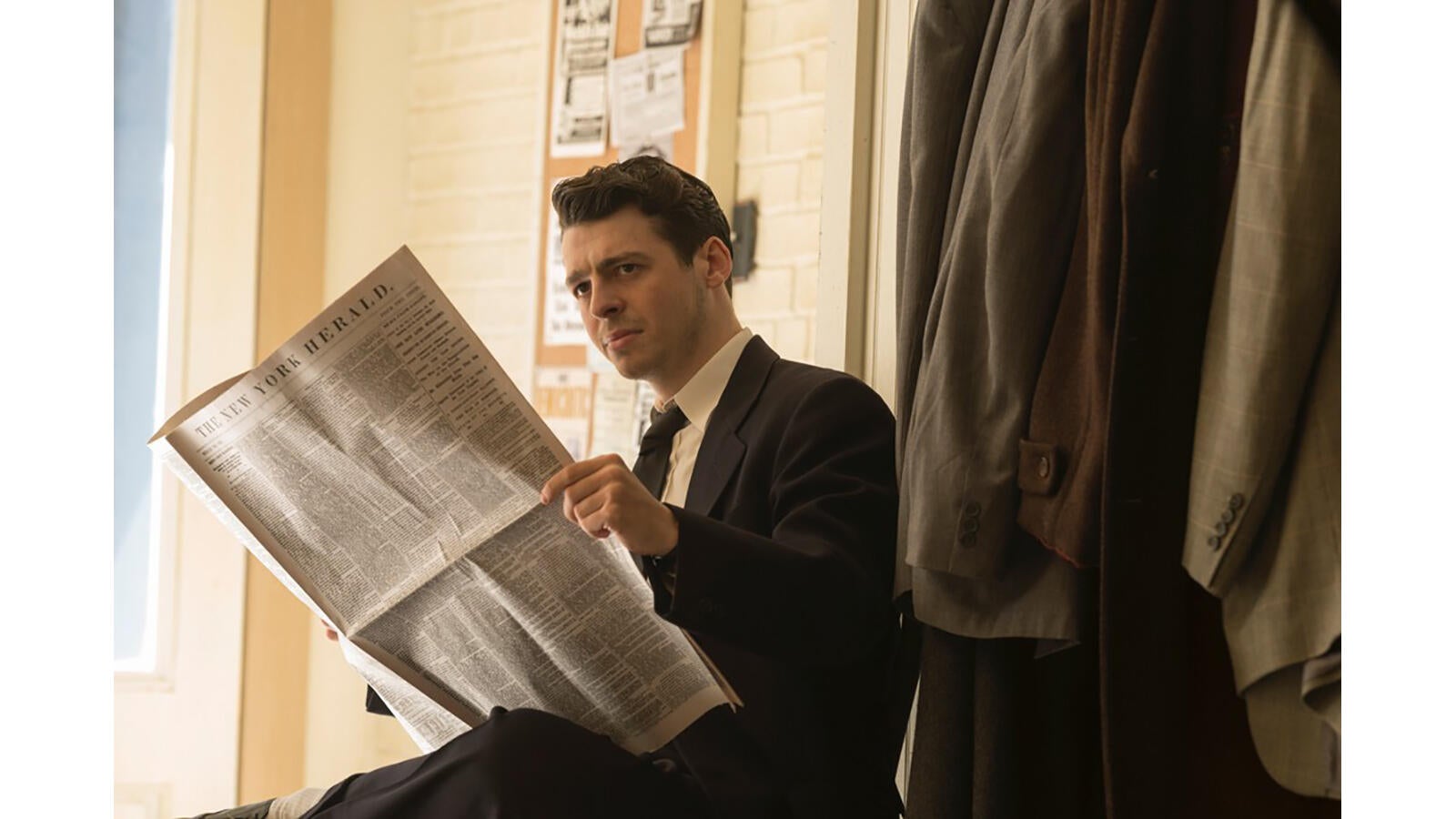 Reality was the guiding principle when it came to lighting. Natural window light, sunlight that cuts across a face, a practical lamp used as a single source of illumination, faces in shadow against a brighter background. “We wanted heightened contrast, dramatic shadows, graphic compositions, yet real and authentic light, the way it was captured by the photojournalists of the era, but in color,” says Ahlgren.

For a scene in episode six involving Alvin Levin (Anthony Boyle), who was operating a radar machine in a remote location, Ahlgren shot day for night. One reason why was because the location was on top of a mountain and the cinematographer wanted to use the sun to light the vast mountains and sprawling valley in the background. “You could never light that in a way that looks realistic,” he says. “To shoot day for night, you still have artificial light sources, the only thing now is they have to be extremely bright in order to compete with the sun.”

Production recorded the scene midday so crew had enough time to rig everything safely before nightfall. A 12’ x 12’ frame was built and lifted above the actor to not be directly in the sun. Then HMI lights were positioned through another 12’ x 12’ frame to shape the scene. This balanced the lighting to a level that compared to the background. A Nanlight tungsten light source was then place roughly 18” away from the actor to give them an edge. In post, the blue sky was then replaced by the pitch black of night. 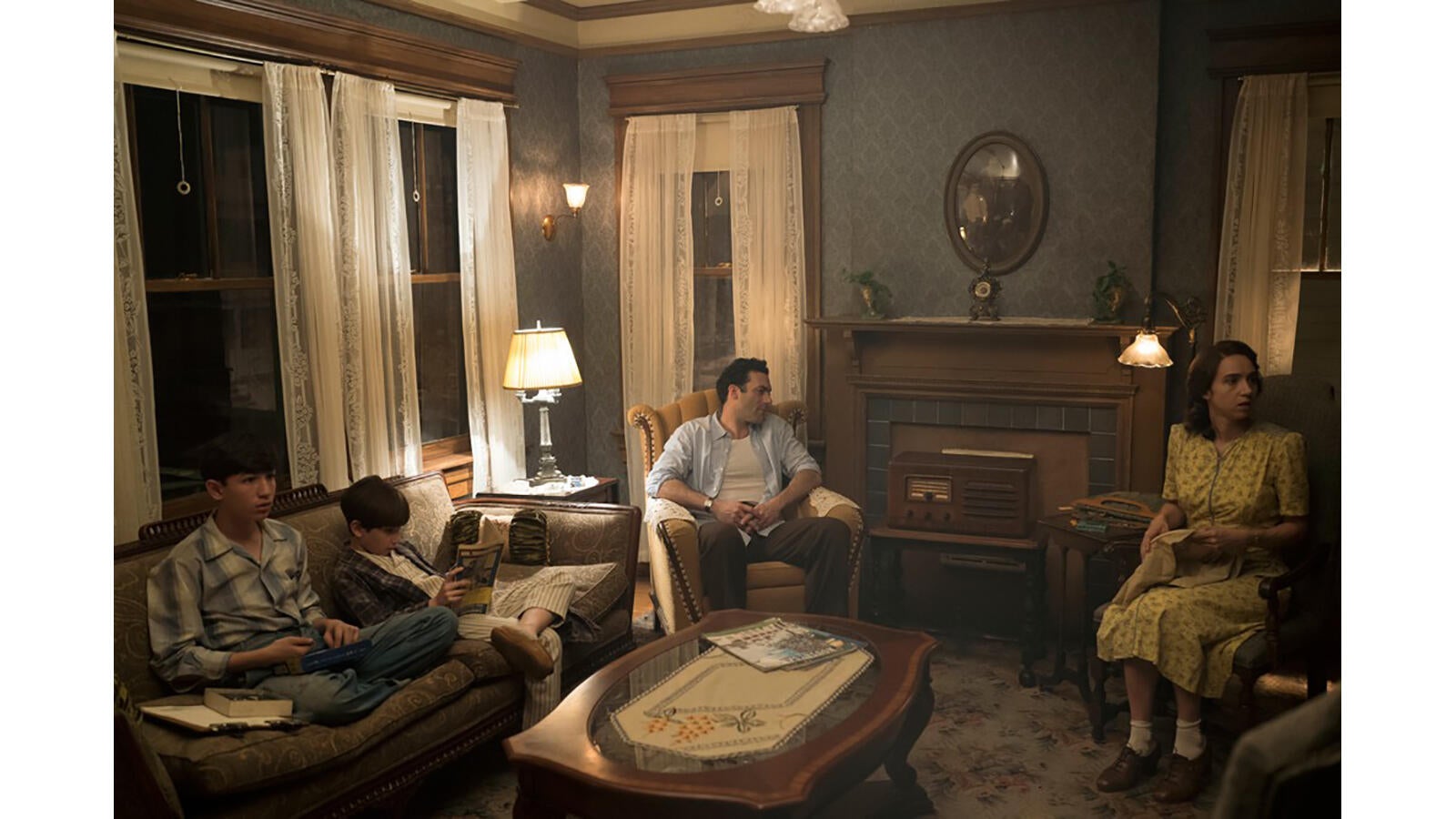 Shooting day for night, Ahlgren notes it’s important to prepare the actors that though it’s daytime, the scene is actually dark and ominous. He also says, with tighter television schedules, you may be limited how much you can move the equipment around. Explaining that to the director and making sure you block the scene prior to lighting is central.

For Ahlgren, the challenge in "The Plot Against America" was finding the exact composition when seeing the entire image in focus. “My last few projects were all in large format, shooting wide open with extremely shallow focus. This one was something different. We wanted to create something that felt real and also emotionally supported the story – to create a period piece that felt fresh and relevant to our times.” 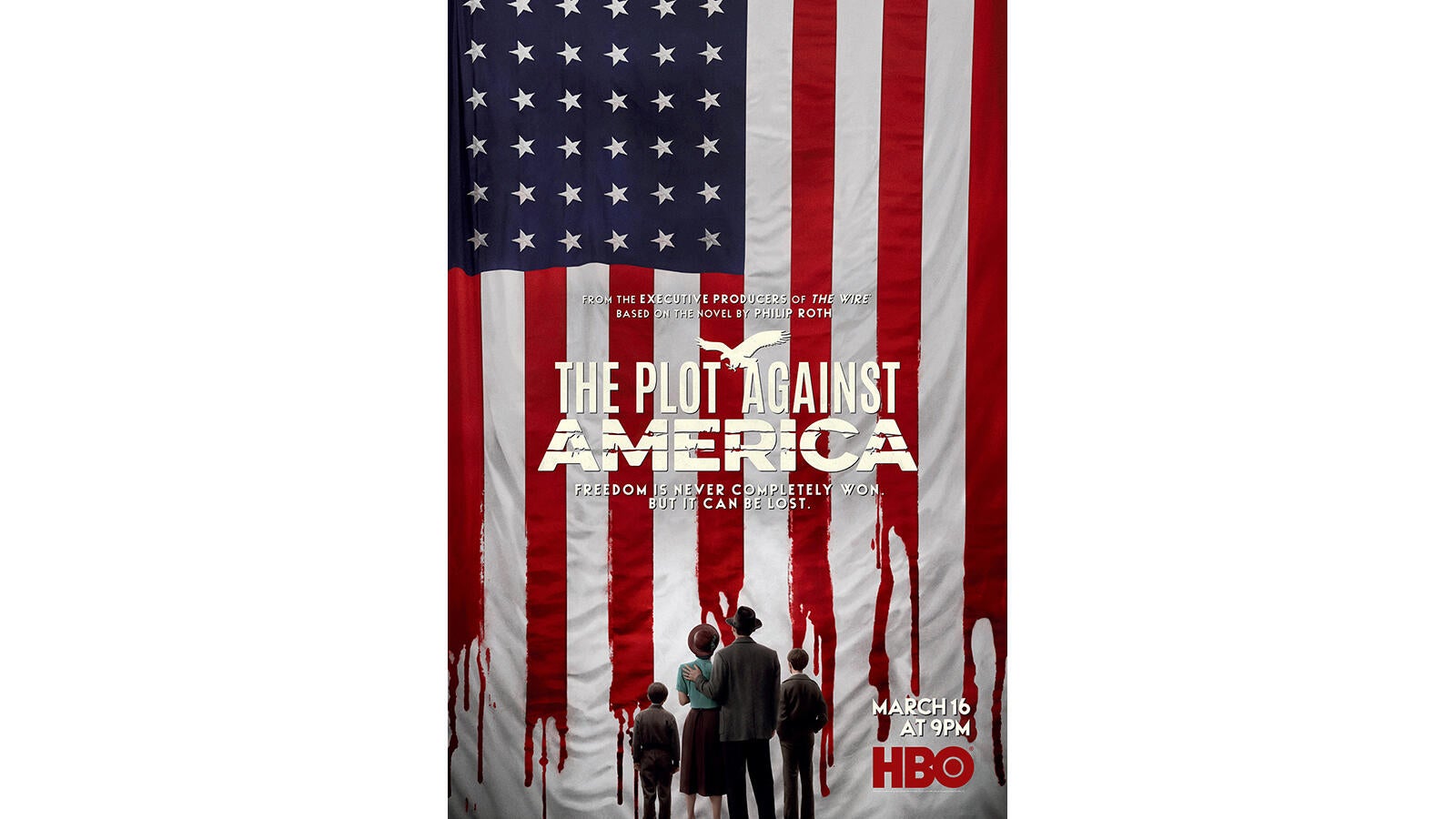 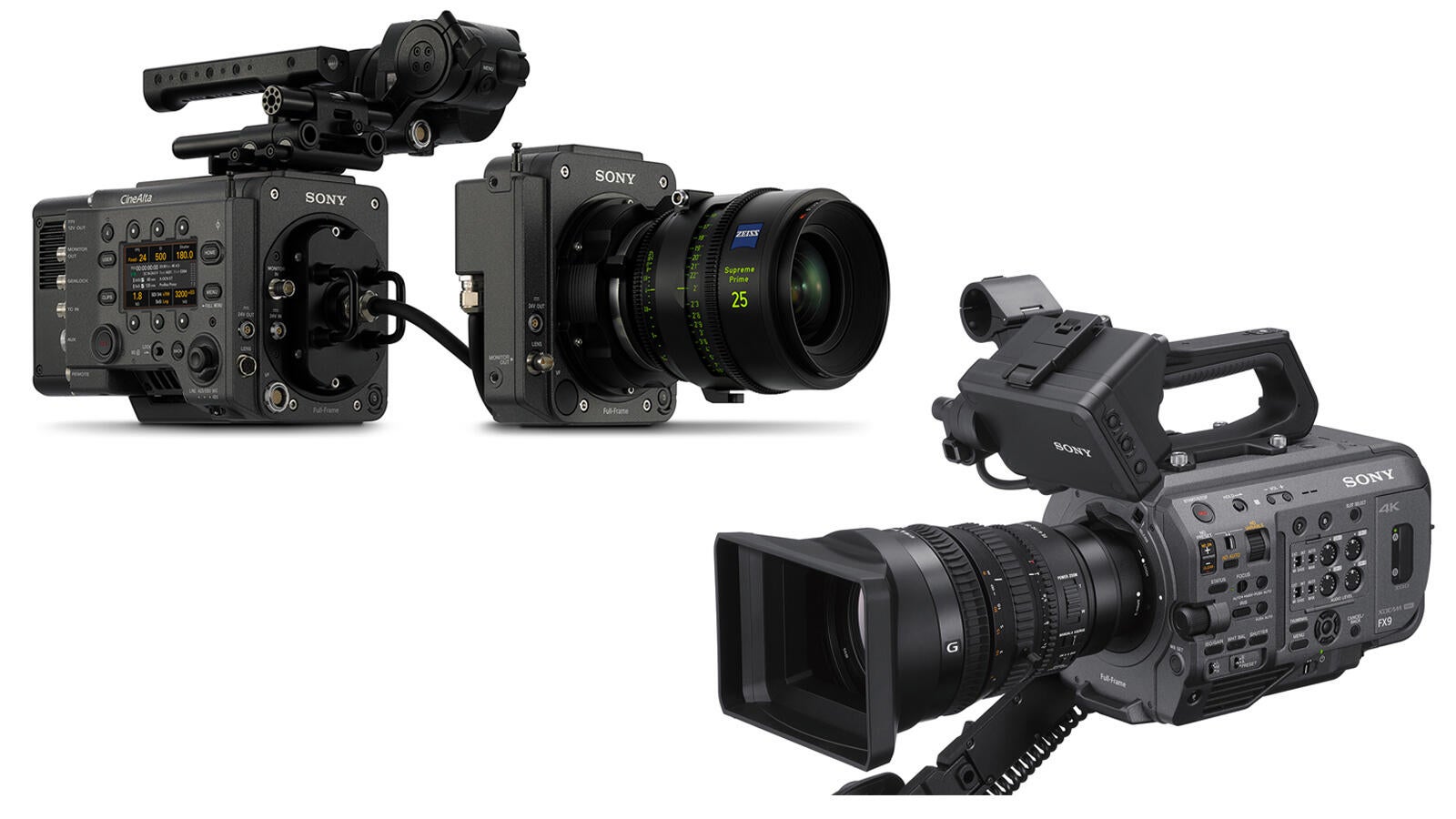 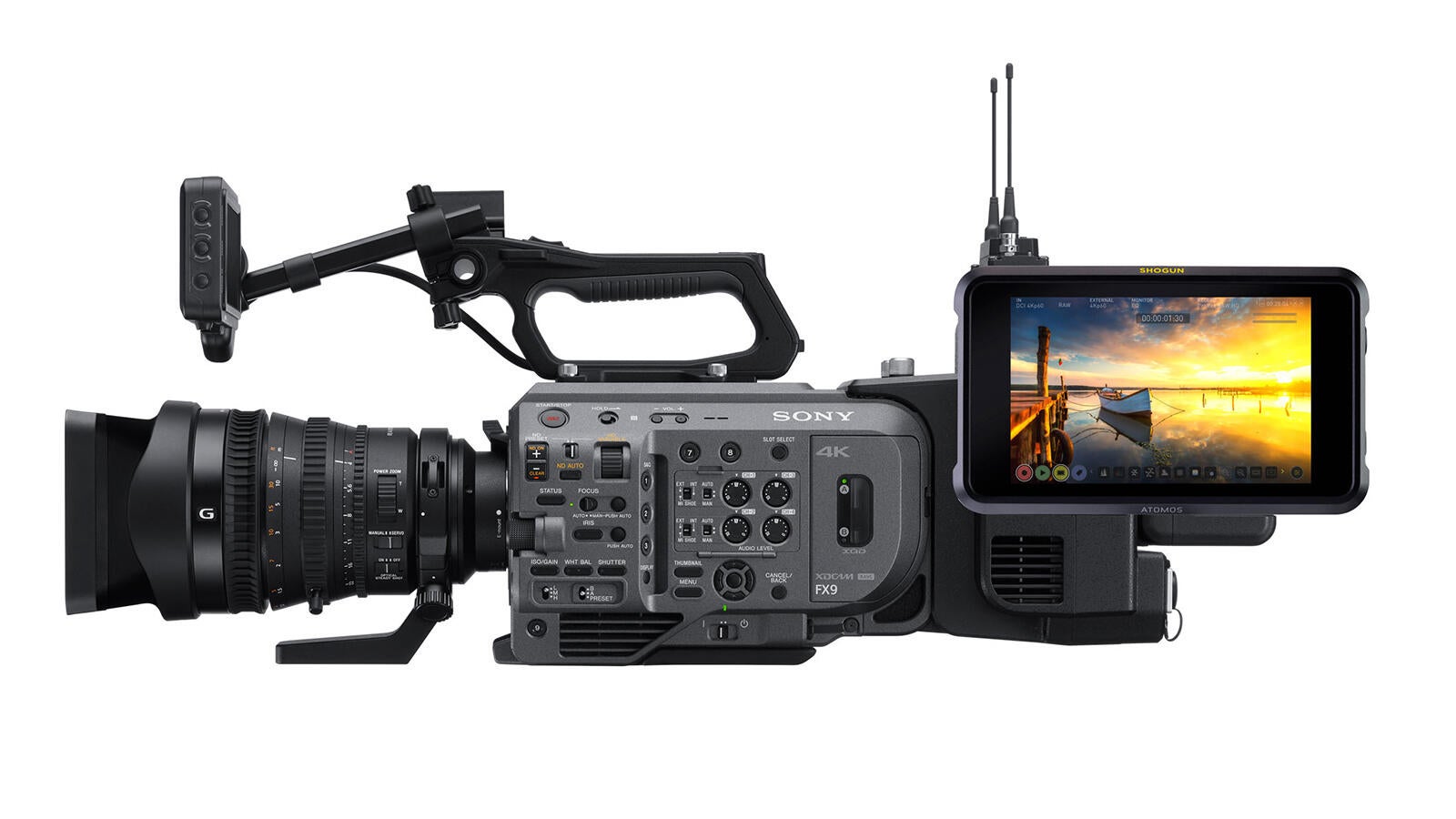 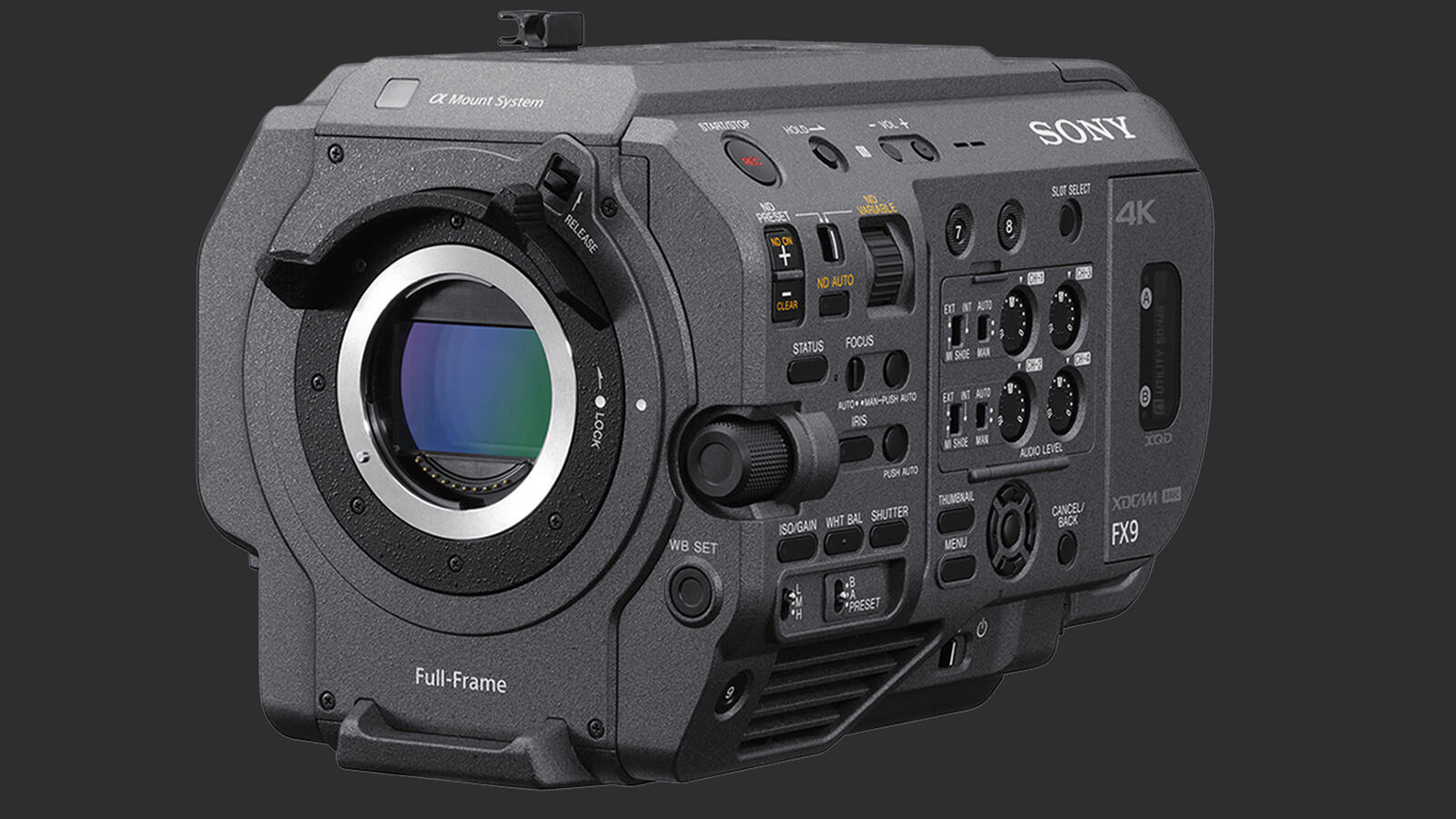