To get to the set of Keep Breathing, you start in the remote mountain town of Whistler, British Columbia. Then you take a 35-minute drive away from town, and get into off-road SUVs for another 35 minute drive down a rough, windy road. Then, the final leg of the journey can only be done on foot or by ATV for another 15 minutes. All your equipment travels by barge from the other side of the lake, or is hand carried through the forest, and you are at the mercy of the elements.

That is the adventure that Jon Joffin ASC not only signed up for, but was eager to take.

The Netflix limited series, with cinematography by Jon Joffin and Alicia Robbins, is a survival thriller that follows a young woman whose plane crashes deep in the Canadian wilderness. The stunning cinematography itself will take your breath away.

Due to their commitment to film in such beautiful but impossible locations, Joffin employed grip balloons, a miniature carbon-fiber techno crane, a very dedicated cast and crew, and the Sony VENICE to make it work.

On accepting the challenge of shooting in the wilderness

As soon as he read the script for Keep Breathing, he was in. “It was really beautiful,” explains Joffin.”

Showrunners Brendan Gall, Martin Gero and Director Maggie Kiley described the series to him as a serene thriller, and Joffin began to see this as an opportunity to try something completely new.

“I don't want to do the same thing all the time!” exclaims Joffin. “I wanted to see if I could shoot a show in the wilderness, with everything I've learned up to now, with gear that would allow me to do it and keep it up to my standards. That was the challenge.”

“This was my first time working with Director Maggie Kiley. She is an absolute genius, and we clicked right away” says Joffin. The two of them had a shared folder of inspiring imagery to draw on. Joffin and Kiley wanted the flashbacks to be fractured and painterly, and the main story in the outdoors to be incredibly natural.

“We really wanted to sell the idea that Liv is stuck in the actual wilderness,” says Joffin. “Nothing wanted to feel lit. It wanted to feel like you were out there in the elements with her. We tried as much as possible to sneak in night and dusk as best we could. We wanted to get that change from day to night. And the night was very challenging because we didn't have lights, but that's where the VENICE comes in.”

Why Jon Joffin fell in the love with the Sony VENICE

Joffin used to be a self-described ALEXA guy. But one day, he shot a promo film for the Zeiss Supreme Primes. “We wanted to shoot large-format and there weren't many options. I always shot ALEXA. But I ended up using the VENICE on that little promo piece and really ended up loving it. And then we did Motherland. We used the Supreme Prime lenses and the VENICE on that show, and I haven't looked back.”

Joffin was awarded both an ASC and CSC for his cinematography on Motherland: Fort Salem. Of course, Keep Breathing required a completely different approach, but one that was perfectly suited for Joffin to return to the Sony VENICE.

“On Keep Breathing, through all those rough conditions in the mountains, in the dust and the dirt and the heat, it never shut down once. We didn't have any issues. I just finished another show that we shot for 45 days with VENICE 2, and not a single problem. The camera is rock solid.”

Capturing natural “blue hour” in all its cobalt glory

Joffin and his team were committed to the natural beauty of the wilderness, but the only way it worked was with creative problem solving from the whole team. When they were shooting the mountain top scenes, as Joffin describes, “The production manager basically said, ‘You guys can't shoot there. It's not possible. It can't be done.’ Then by that point in the show, the Maggie and myself were like, ‘We're shooting here. We're doing whatever it takes!’ So we figured out how to do that.”

Getting any gear to the location turned out to be a challenge in itself; this required Joffin to be particularly clever with the Sony VENICE.

“The road down to the lake was so narrow, that by the time the cable from the generator got to us, there wasn't enough voltage to power 18Ks and big lights,” described Joffin. “So we had to figure out another way to shoot nights.”

His solution was to time everything with twilight hour and dual ISO in mind.

“We'd shoot all our wide shots for night in that moment of time when the sun has come down and the sky is sort of that deep blue,” described Joffin. “It started off going 800 ISO, and then we would go to 2500 ISO, and then by the end of it we'd be 2500 ISO with the 270 shutter. It worked really, really well. When I'm shooting with 2500 ISO, I kind of treat it more like 1600 ISO. I over-light it and I have our DIT David Skidmore crush it, just to keep the blacks nice and clean. Interestingly enough, on the VENICE 2, I found I could actually shoot the 3200 ISO without giving that extra detail, so that was an interesting thing to learn.”

According to Joffin, one night they were shooting a scene on the beach at 2500 ISO with the 270 degree shutter, when something got really bright in the frame.  “It was almost like a backlight, and we were like, what's going on?” says Joffin. “It was the moon rising! We saw it reflected on the water. It didn't make story sense, so they didn't use it in the show, but the stills are magnificent. It's amazing that a camera can point at a dark sky like that and record such an amazing event.” 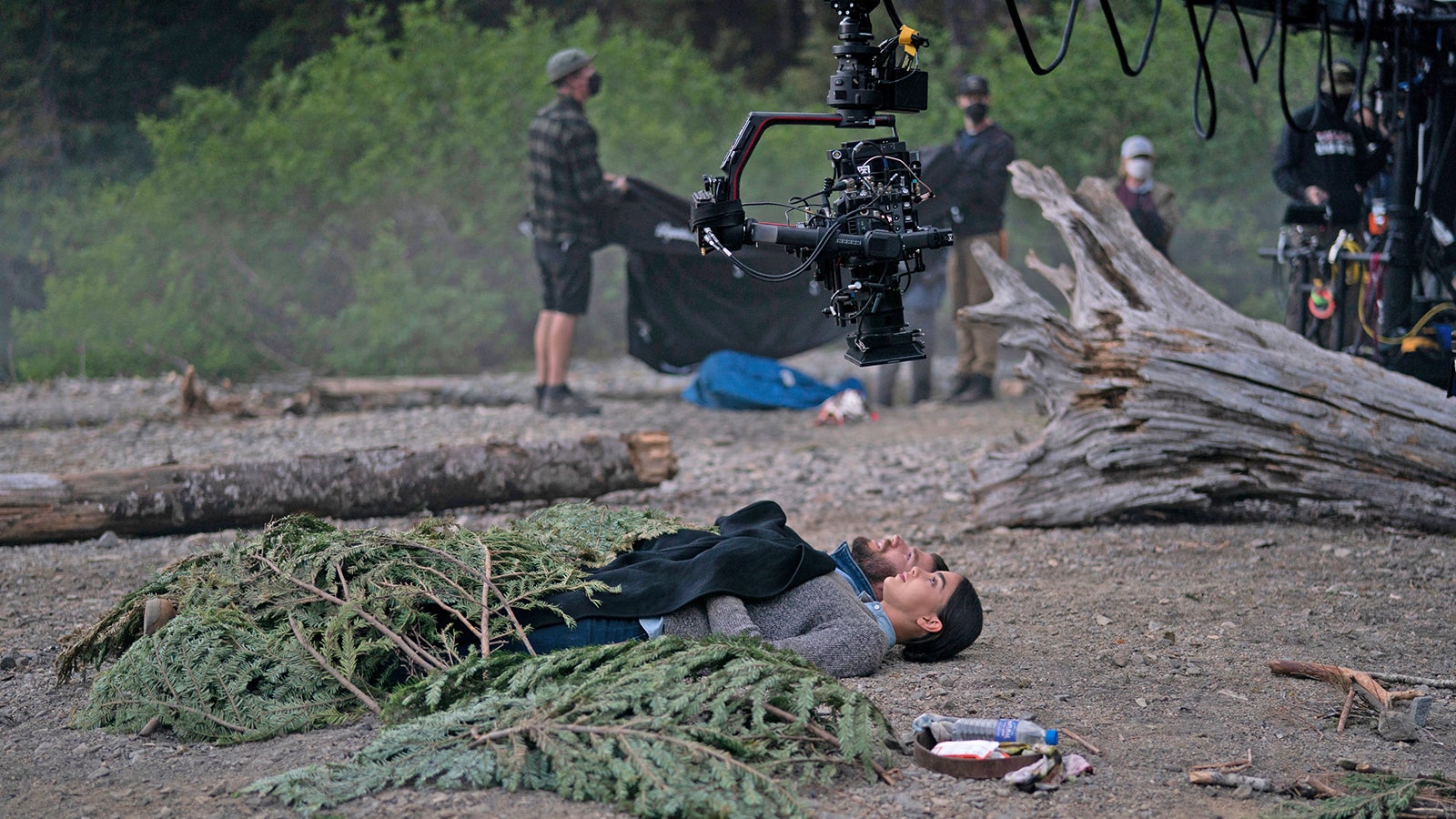 Why Joffin breaks all the shutter rules, and it works

When you’re as experienced as Joffin, you develop a few eccentric techniques.

“For me, the perfect combination is Sony VENICE, Sony VENICE 2 with Zeiss Supremes,” describes. “I love the Radiance, but I like to shoot them wide open at a 1.5 so I get that painterly blur. They are such clean lenses, so shooting them at 1.5 beats them up enough so that it feels right to me. So I always want to be shooting at a 1.5, and that’s where I started using the shutter. I would tweak anywhere from 144 to 270 to get the increments because I always want to be exactly wide open.

If you look at the metadata on the screen grabs from my shows, they're all over the place, the shutters. I’m cautious on certain shots to make sure you don’t see motion blur. But for the most part I don't see it. A lot of people are shocked when they see me doing that, but I've been doing it for years and it's a tool I can't live without.”

When you just can’t fake the real thing

If the idea was to make it real, this production committed. Even the cast was on board.

“We had a tank where we actually did the pure underwater work, but all of the shots with [Melissa Barrera] in the lake were actually in the lake,” exclaims Joffin. “There was talk about trying to do it against green screen because it was really cold. That lake was extremely cold, but Melissa Barrera, our actress, she didn't complain once. She totally got into it. We shot that for real!” 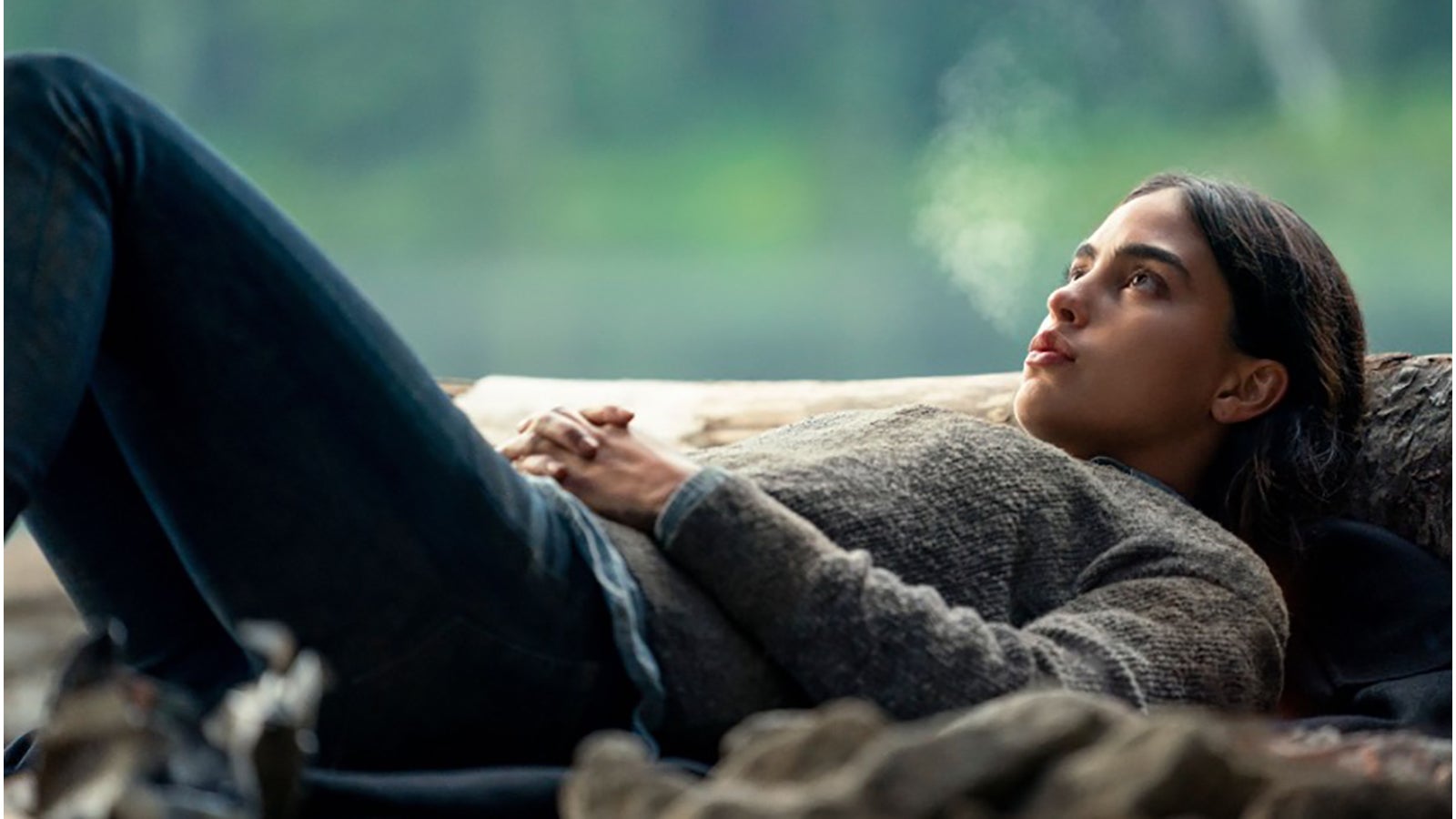 To film this way, your crew also has to have fun doing it.

“There was another shoot where we chased the night light. We basically had one battery powered light. I use big lights. It's always going through at least a 12 by 12, and that's what makes the light so soft and natural. So there was basically one electric holding a Litemat 8 in a safety harness  and two grips holding a 12 x 12 magic cloth frame, towards the edge of the mountain. I have this crew, we love what we do and we get so into what we're doing, we'll do whatever it takes. Of course, safety is the number one priority, but we'd do what it takes to get the shot done. That's why I happen to work with a lot of like-minded people who are all about getting the best shots. That really makes a huge difference.”

We actually crashed a real plane into a lake on an almost kilometer long guide line for the exteriors but obviously, certain scenes like the interior plane crash had to be done on a rig in the studio,

“But even then, we shot all our own plates,” adds Joffin. “We had an aerial unit that went out, and we were very specific about what we were doing. I'm glad people are responding well to the show because honestly, it was a great pleasure to film. Maggie, the director and I, we just connect so well. I felt supported all the time. She understood what I was trying to do. I understood what she was trying to do. It was a great experience. There's also a point where it slows down and [Liv] appreciates the beauty of it. It’s very meditative and it's slow paced. It's pretty amazing that it became the top show worldwide on Netflix.”

To see Joffin’s cinematography and the dedication of the cast and crew to their story, watch Keep Breathing on Netflix for yourself.