Just as the country hunkered down for a pandemic, with hours to stream shows, TNT introduced the series “Snowpiercer,” based on director Bong Joon Ho’s 2013 film of the same name. Only a month before, the director watched as his most recent film, “Parasite”, scored an Oscar for best picture. The show is eerily haunting, as it takes place in a post-apocalyptic world where the earth has frozen and only a few thousand people survive, on a train called Snowpiercer.

The train is 1001 cars long, and circles the earth constantly, on a journey that has spanned seven years. The show creators, Graeme Manson and Josh Friedman, chose Oscar winner Jennifer Connelly and Tony award winner Daveed Diggs to lead the cast. The creators were tasked with an environment that was far-fetched, and needed to seem real and believable. Cinematographer John Grillo explains how they designed the right ambience for the show. Working with producing director James Hawes on Season 1, and director Christoph Schrewe on Season 2, Grillo and DIT Martin Berthiaume weigh in on the teamwork that helped created a visually impactful series.

The show started out on Red, but switched to Sony VENICE for the second season. Along with Schrewe and the VFX producer, Jeff Scott, Grillo went through vigorous testing to find the best camera. “Sony on the test definitely came out on top. The high ISO setting is what sold me, I had never seen a camera so clean at 2500 ISO,” explained Grillo. “I literally shot the whole show at 2500 ISO. That meant we were able to minimize our light output, so I was able to light at a setting that was more realistic for the set and the actors. I want to do as much as I can to make sure the actors feel they are in the real-deal.”

“We had to make sure the audience doesn’t forget we are always on a train,” said Grillo, who worked with Hawes to define the train’s look. Because the storyline involves so many different train cars, (including a first class, and a “tail” car, where those who jumped on the train at the last moment and didn’t have tickets lived), production design purchased several shipping containers. 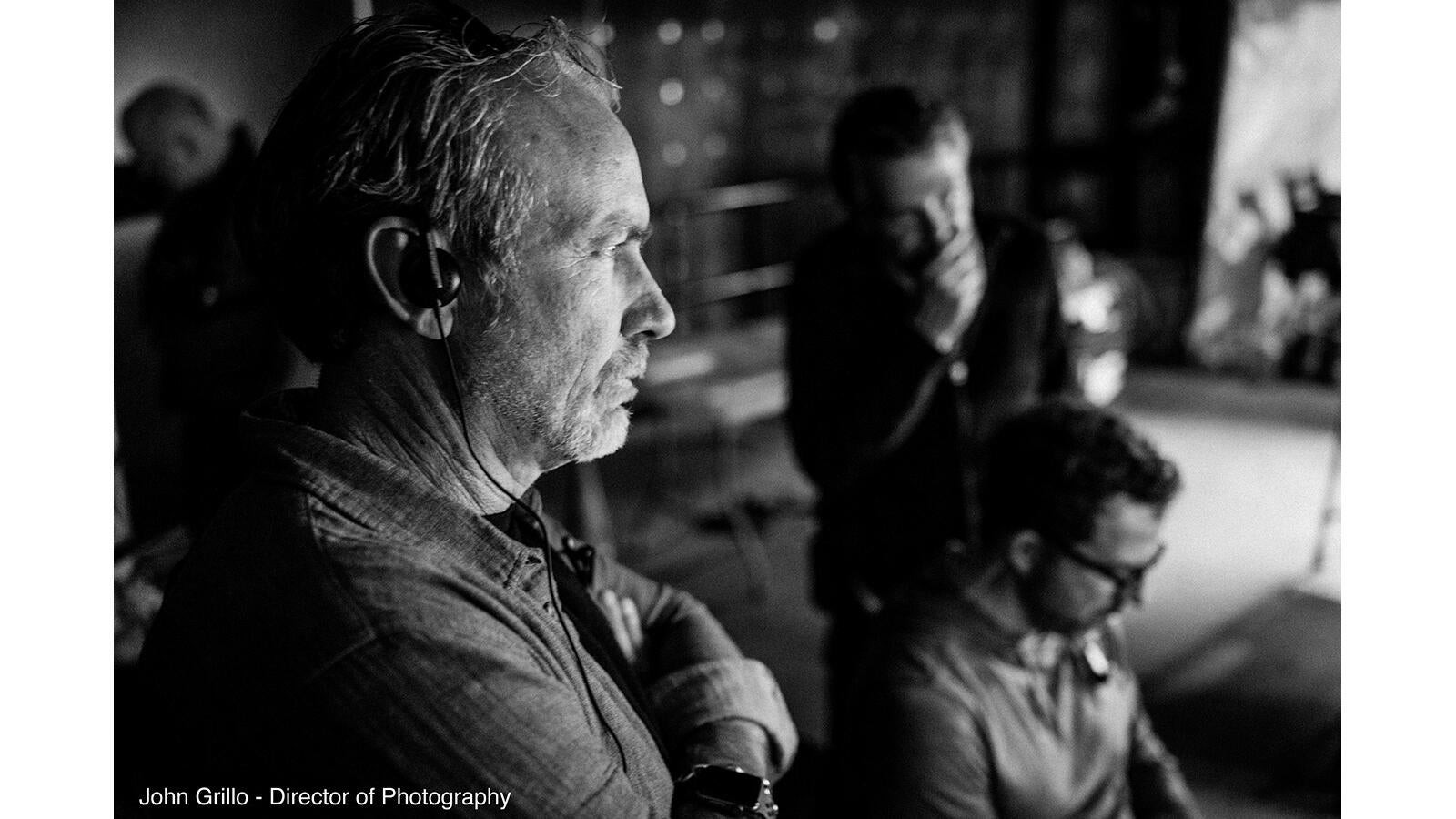 The story is about class warfare, and the creators had to design a set that showed class difference. “We wanted to visually make those distinctions. Personally, I’m always looking at references and we had the film as a valuable tool. How did they shoot it? How did they resolve certain problems?” Grillo looked at a few behind the scenes clips on Youtube to see how they lit the original film. “But that takes you only so far, when I really wanted to get down into the subtext of things. I looked at painters I liked or still photographers. For the tail section, I was looking at the Spanish painter, Goya, his black paintings are very dark and have a very limited palette. The colors are similar -- dirty browns, greys and blacks -- and the subject matter was akin to what we were looking for in the tail section.” Grillo mentioned in the second season they used a reproduction of a Goya painting in one of the cars.

“The tail section consisted of five cars linked together,” explained Grillo, “which was our biggest stage.” Production was able to utilize the shipping containers to expand the ‘train cars’ so they were 12-13 feet wide. Then they lifted the ceiling for more height, so the special effects department could attach wheels and link them together. “When we look down the length of the train, we could swing the cars left and right, giving the illusion that the train was moving.” 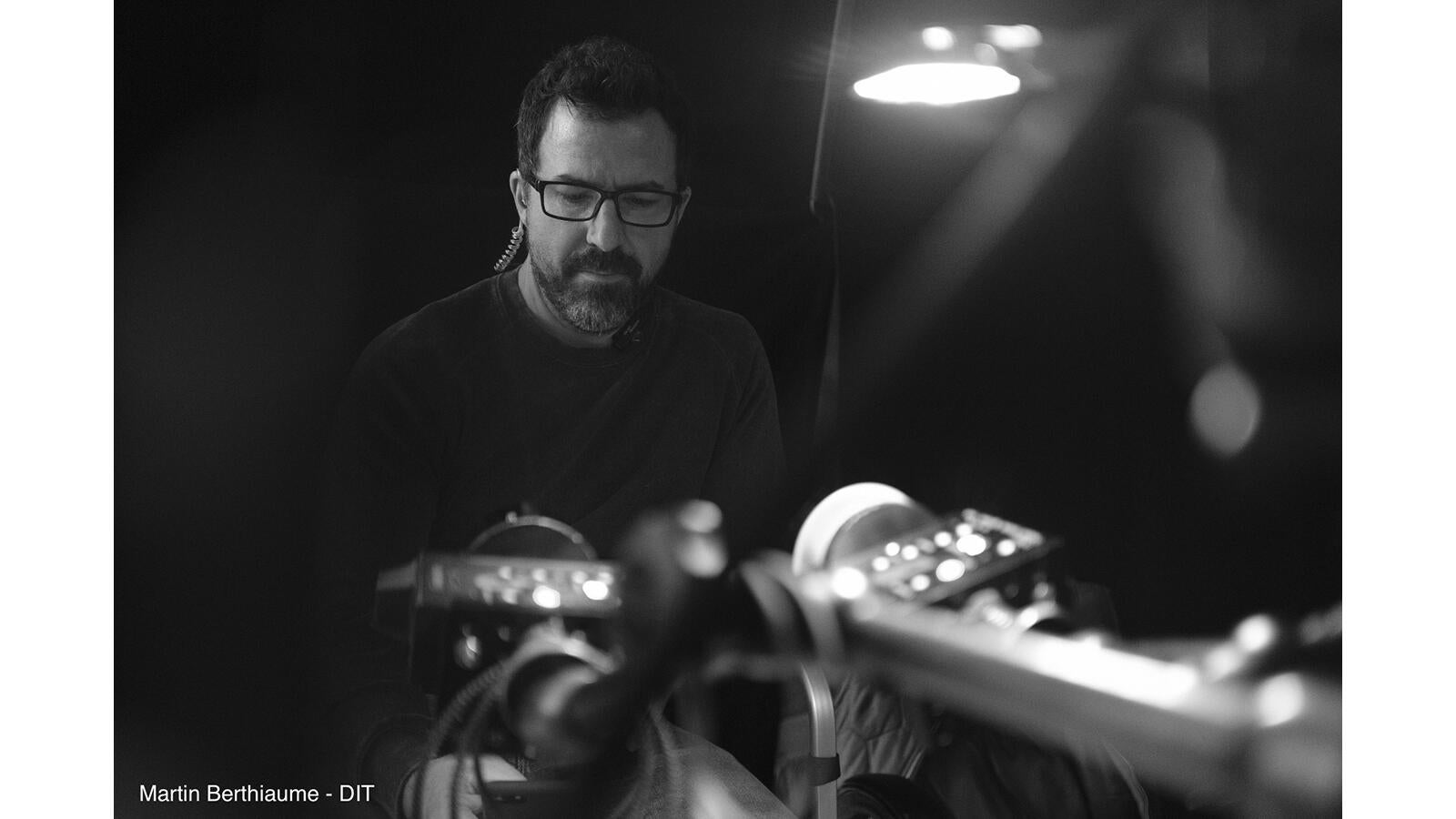 The first class cars were differentiated as more spacious, luxurious living, compared to the tail section. “The obvious way to do it was to have a steadier camera in first class, and more space between the people, and the tail was the opposite: hand-held to depict a rough and crowded space,” explained Grillo. “We tried not to allow extra room for the camera, so the crew even felt crowded.”

For the first class car, he looked at art-deco paintings, from the 20s and 30s,
“which are very balanced, symmetrical, and flat, with pastel colors,” he said. “We tried to shoot things very symmetrically. For example, the dining car has more white and more light. Extrapolating from that, you start thinking about how to light certain things and how bright, how dark, how much contrast, how much atmosphere,” Grillo added.

Grillo really wanted to make the actors feel comfortable, so he built lights into the set or used practicals, so they weren’t surrounded by lights and flags everywhere. Grillo stated that “it can be done, and particularly with a camera that can shoot 2500 ISO, so you are lighting with subtle intensities of light. We always had our window lights, and those could be stronger. You are taking the intensity down and creating an environment for the actors, and the camera can handle it. I love doing that. I love lighting in low-level light situations. This looks exactly what I wanted it to look like to my eye.” 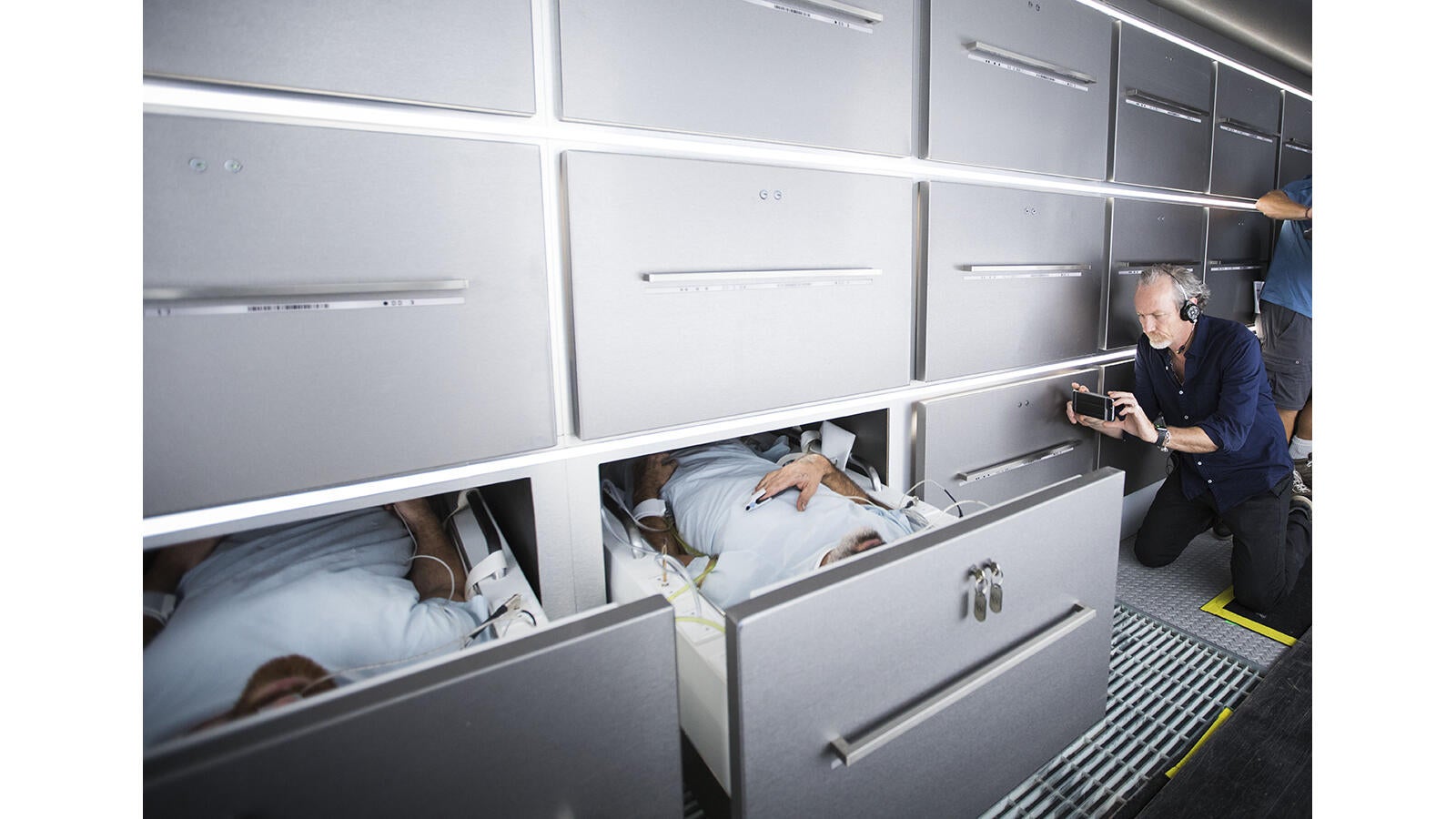 Berthiaume added, “On Snowpiercer, every train car has its own look and feel. John does a lot of organic lighting, but sometimes there are things that he wants to achieve as well in the DI and he’ll direct me to add something; so we build that change in, record it and send with the files. Throughout the day, throughout the scenes, and setups, we apply changes to make sure it is consistent to what John wants to see. It’s just burned for the dailies, because when they do the final product, they go back to the CDL using it as a reference. Most times they start from scratch, import the CDL and then do the grading, used as a reference.”

The night car had a theatrical look to it. It was designed as the escape hatch for the classes to go and party. It was also where Miss Audrey, who portrays herself as a Madame, performs. “What’s interesting about that set is we had a concert lighting truss as a practical. When they built this car for the train, we knew they would have it there anyway, so we built the rig into the set,” said Grillo. The night car became the visual relief for the audience, an opportunity to give the viewer color, because the tail car is so uncomfortable. “We used yellow, and reds, and the disco lights were on, and sometimes, when she was performing, we used spotlights,” he said.

Working with VENICE, Berthiaume emphasized that “the thing I like the most is the skin tones and the colors, and how we can push colors. The color science is great; it looks super good.” One of his favorite features is the dual ISO on the camera. “The ability to switch to 2500 base ISO on the camera really saves so much time, and to be honest, it looks so much better. You don’t have to light as much, it looks moodier, and we get all the details. It looks good. It has a nice texture to it at that ISO and it’s so efficient.” 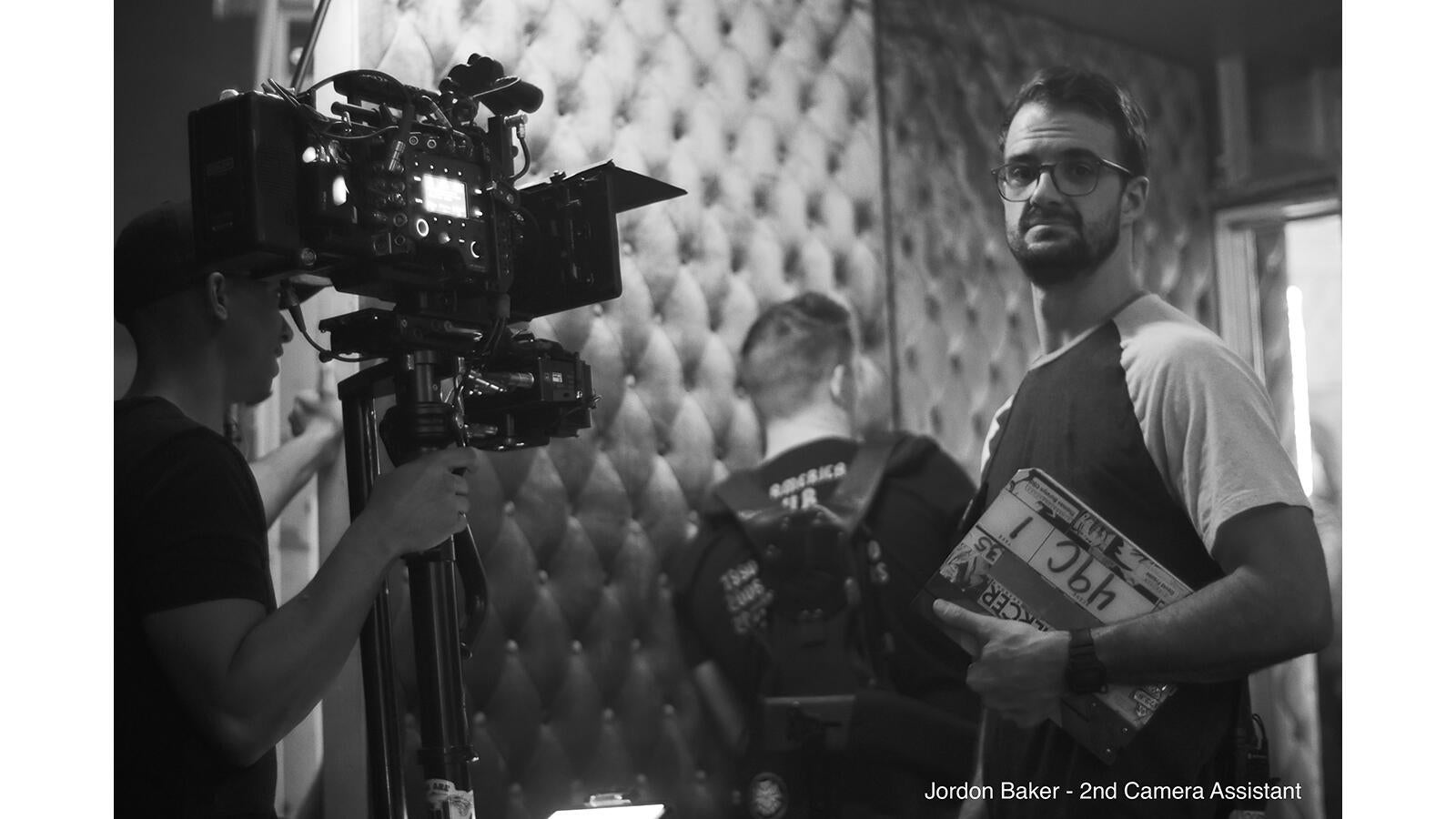 Grillo explained that when Schrewe came in on the second season, he had other ideas. When the first season ends, another train has attached itself, so a war begins the second season. They had to create a sense that the whole train was a unit, not separated by class anymore because there was an infiltration of class. “Now, everything was hand-held and the director wanted to get the lens close to the actors’ space. That’s when I thought about the Rialto, and the opportunity it created: to have a camera in your hand with all the qualities of the VENICE, in a miniature version.”

Rialto was used everyday, because it helped them get into really tight places on the set. Grillo’s crew didn’t have to take walls out, which they had to do on the first season. “Since we were hand-held, we could literally hold it in the spot we needed to. It liberated us and created some interesting camera moves…we could go from somebody’s feet up to their face. I’m a fan of the camera, for sure.”

For Berthiaume, the switch to VENICE gave him an advantage because “it’s able to send record/start/stop to the BNC, which is great. It goes through the transmitter then triggers my recorder on my station. That’s all done wirelessly to the video signal, which is pretty awesome.”

He noted that the technology is there to be invisible, “if it’s flawless, then it should be invisible. For everyday people, they don’t see the technical aspects, but they feel what they are supposed to.”

Snowpiercer is streaming now on TNT. 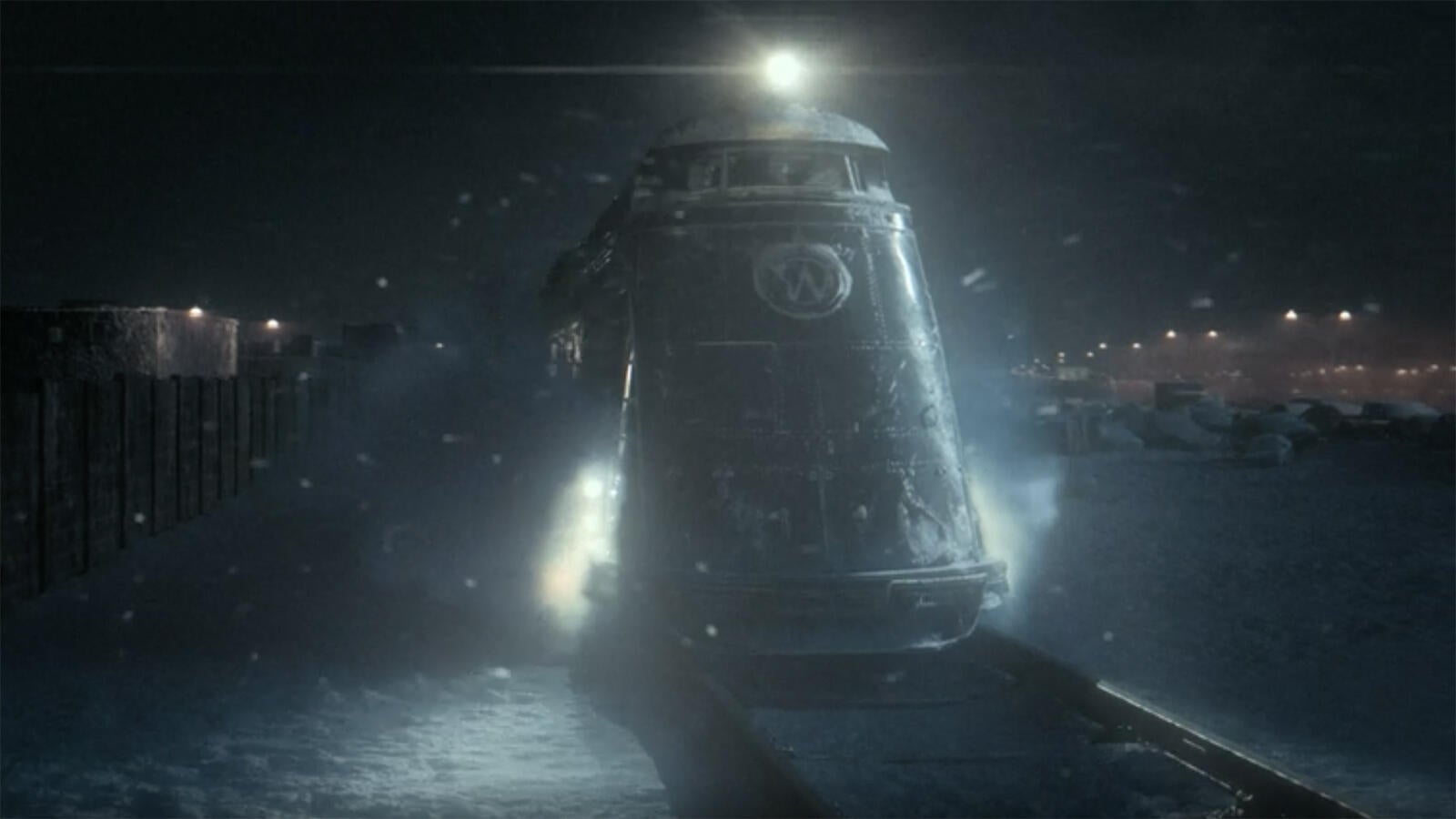