Action Royale is the latest release from Snap Originals, a new slate of made-for-mobile original shows on Snapchat. Created by Jacob Motz, the ten-episode series is a coming-of-age thriller about a teenager who starts an underground eSports gambling ring to pay off his father's debts. Unfortunately, he and his gaming-phenom best friend soon find themselves in over their heads in a dangerous world.

Although intended to be watched on the app, director of photography Oren Soffer and directors Igor Martinovic and Maria Juranic designed the series to look like a big-screen feature. They chose to shoot on the Sony VENICE in Rialto format to help create a look that would translate to audiences watching on a smartphone. In addition, they wanted a camera that could handle both bright daylight and challenging low-light environments. 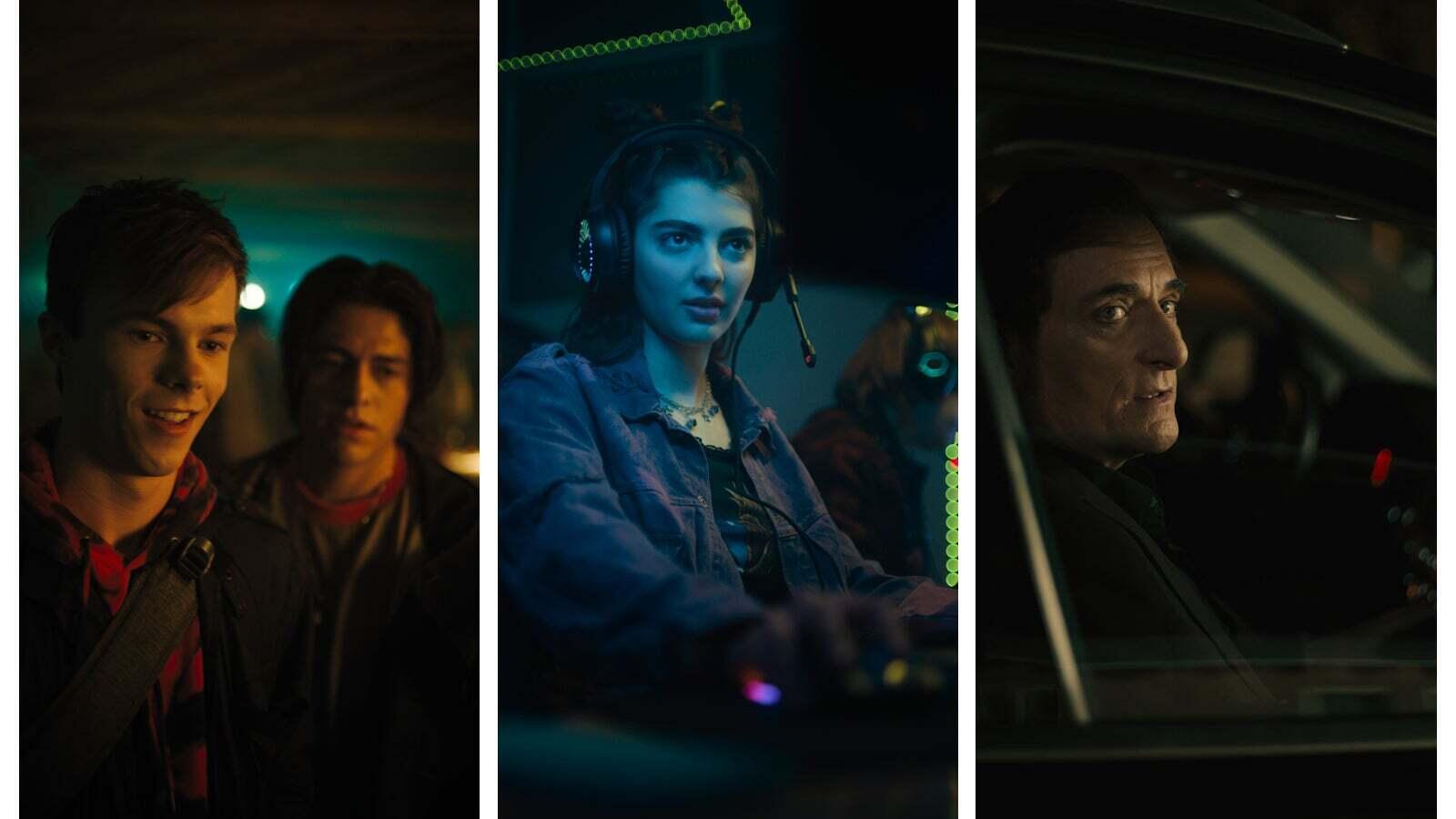 "One reason why we wanted to shoot VENICE was to use the 6K format to oversample the image for reframing in post, as well as wanting to shoot with shallower depth of field on large format lenses shot wide open to help separate characters out from backgrounds and help them pop more in images meant to be seen on a smaller screen; but the main reason was the color space," explains Soffer. "The show is very colorful, and that was really important to us in the design of the show. We wanted a camera that we knew could handle that kind of range of tonality. We knew we were going to light with all sorts of different primary colors in a variety of different environments and looks, and we wanted to show that in a way that wouldn't look too garish."

Unlike most filmmakers who abhor the idea of their work being watched on a smartphone, Soffer and the team worked to design a look meant specifically for watching on a smartphone and a unique 9x16 format. 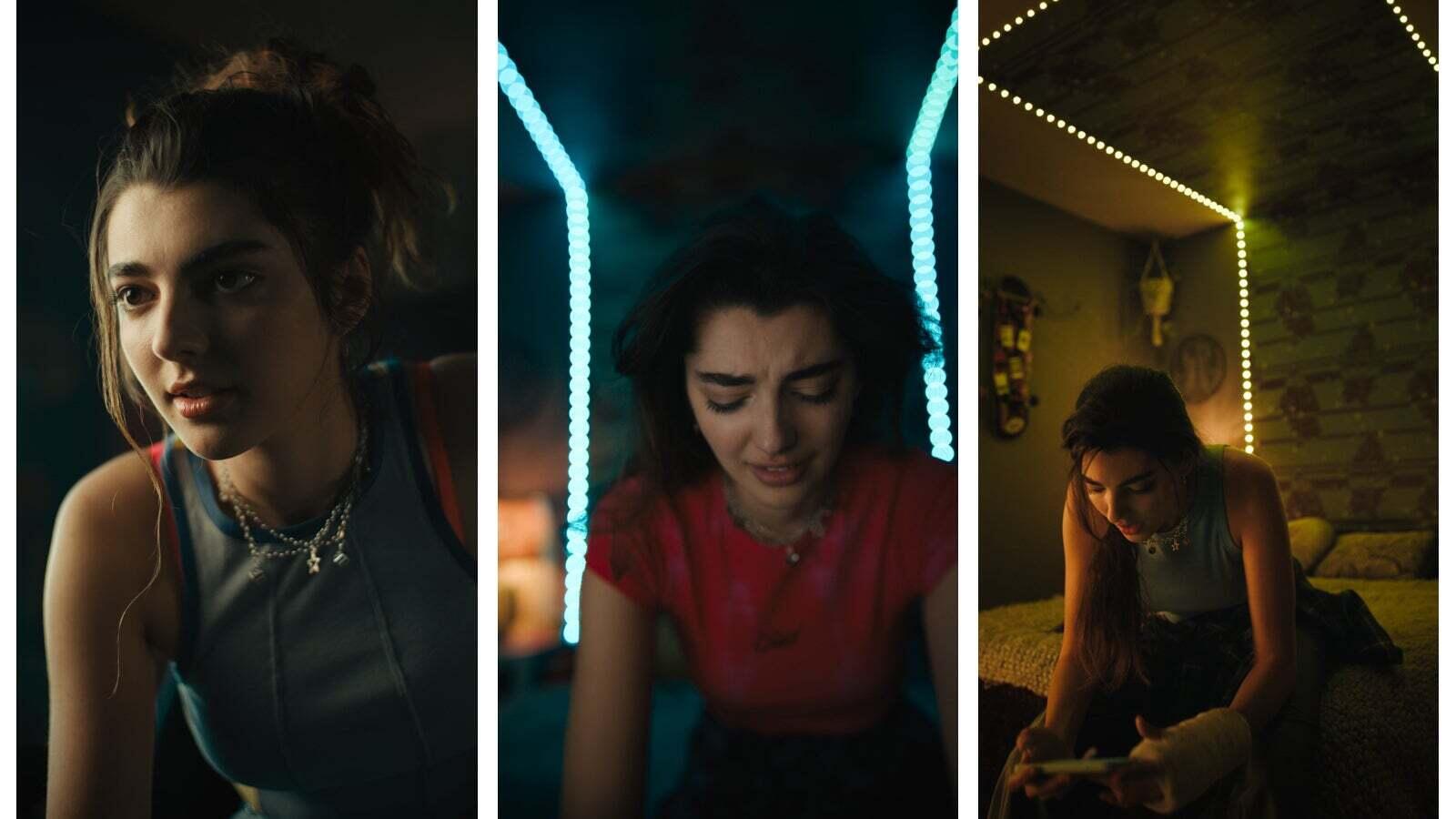 "You have to take into account the delivery method. One of the challenges was creating a look in the lighting that had contrast and felt cinematic, but still looked good when viewed on a smartphone in various unpredictable viewing conditions. That was our number one mandate for ourselves as we really wanted to push what a Snapchat show could look like. We want it to look like an expensive TV show."

To help create the look, Soffer used a combination of Leica-R and Leitz Prime lenses, and opted to shoot wide open. "Large format just opens up the field of view on slightly tighter focal lengths. We really wanted to let our backgrounds go blurry because if you're watching the show on your phone, you almost need to exaggerate how blurry your backgrounds are so that your eye goes to a character in the foreground and doesn't get lost in the environment." 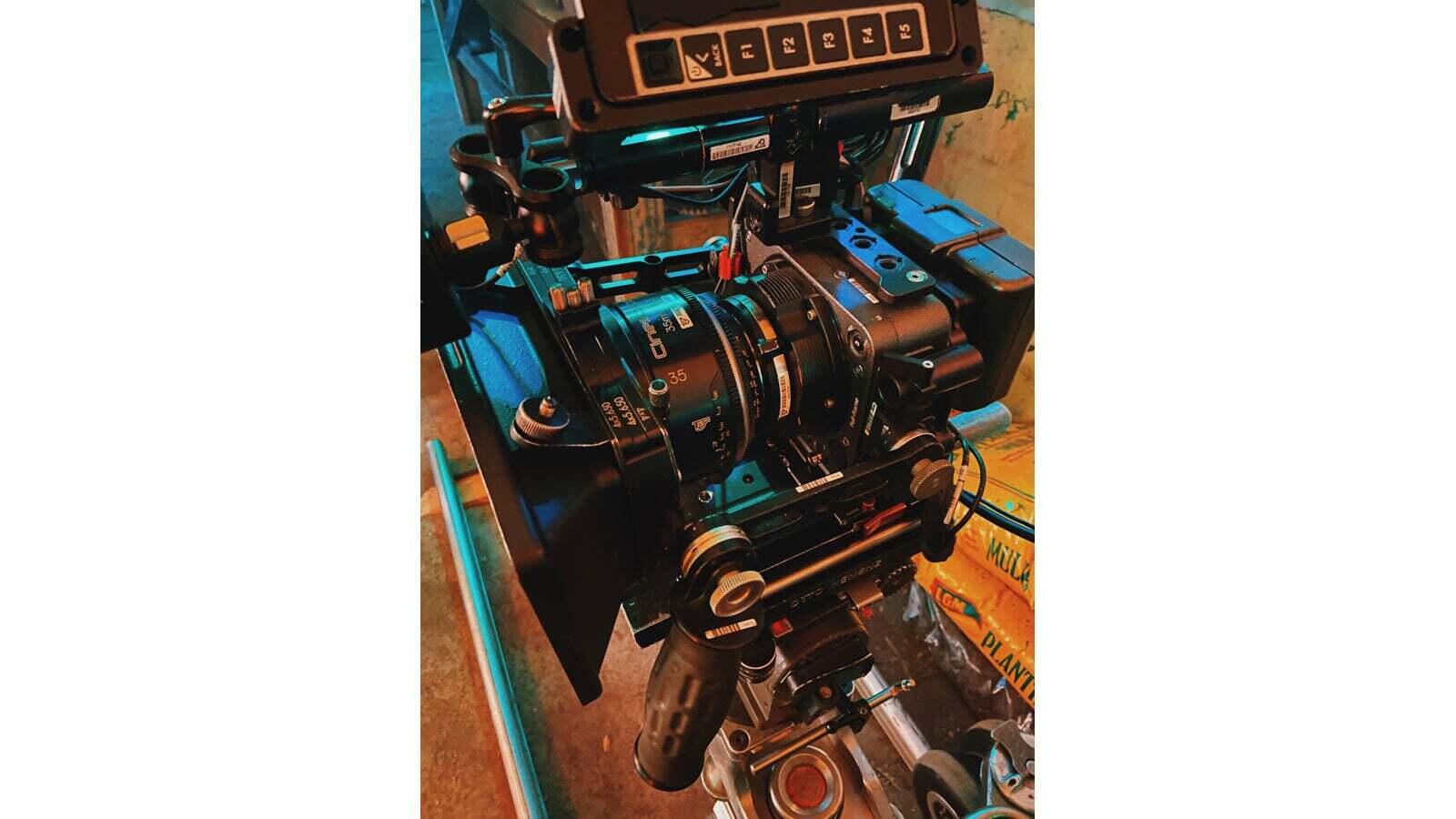 To achieve the 9x16 look, Soffer turned the Rialto on its side and set up the handles and monitor in portrait orientation.

"We treated it like that was the correct orientation of the camera. The only way you would otherwise know it was turned on its side was that the Sony logo was sideways. The design of the Rialto is so perfect for orienting in any direction."

For inspiration, Soffer looked to photography which has a history of shooting in the 9x16 format. "Framing for a vertical composition was really interesting. It changes the way you think about where you place characters and objects in the frame, as well as the relationship between foreground and background when you're framed on a close-up. In vertical framing, there's really almost no background. So, if you need something behind a character, you need to think of a way to see behind a character that doesn’t use the sides of the frame you would typically have in traditional horizontal cinematic framing. We used the verticality of the frame to maybe place a character lower in the frame and then use the upper part of the frame to reveal backgrounds. There were all these different things that we explored in prep." 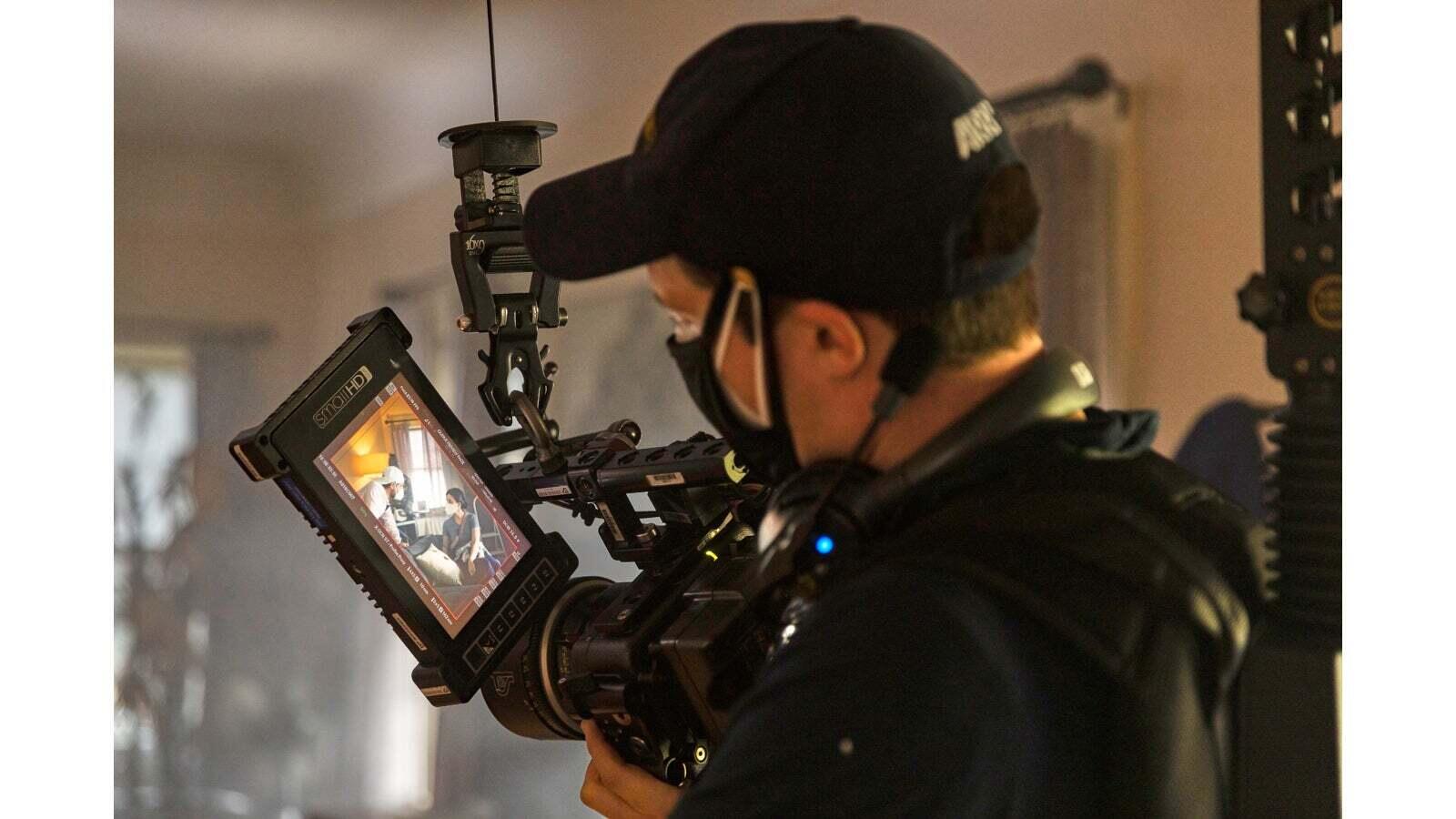 In addition to the challenges of the vertical frame, the eSports environment is also a challenging one to light and shoot in.

"A lot of the lighting in the show is motivated from screens and different interactive lighting which replicates video game footage that's projecting onto people's faces. It's a lot of dark environments with people illuminated by screens, but also mixed with a lot of bright exteriors. That was something that had to come through in the colors, where the lights were placed and how they interact with the environment."

The result is a ten-episode thriller that Soffer hopes resonates with audiences. Action Royale is now streaming on Snapchat. 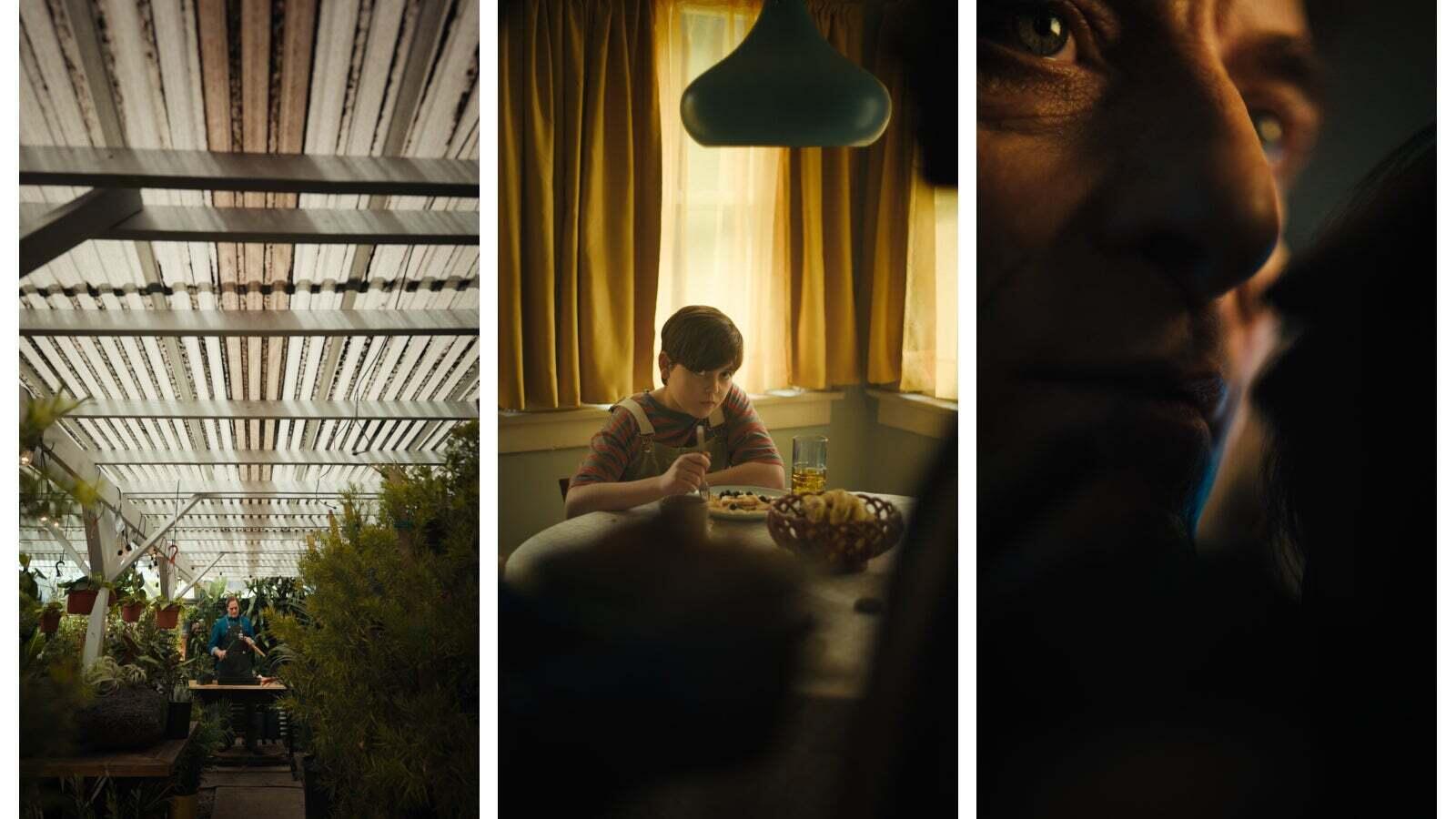