It’s every parent’s nightmare: your daughters embark on a road trip together and never show up at their destination. Alerted to the situation, private detectives Cassie Dewell (Kyle Bunbury) and Cody Hoyt (Ryan Phillippe) work to unravel the disappearance of the girls, and are joined by Hoyt’s estranged wife and former cop, Jenny Hoyt (played by Katheryn Winnick). “Big Sky,” created by David E. Kelley, and directed by Paul McGuigan, is based on the 2013 novel “The Highway” by C.J. Box. Originally slated to shoot in Albuquerque earlier in the year, the show was pushed because of the pandemic, and subsequently bumped to another location as well: Vancouver, BC. The ABC series premiered November 17, 2020.

Oliver Bokelberg, ASC, a veteran of television dramas including seven years as the cinematographer on “Scandal,” had already prepped the show for the Albuquerque locations. “It was supposed to be a substitute for Montana, but, to be honest, Vancouver is a better match,” said Bokelberg. “We were confronted with challenges in each place. You build the world around what you have scouted and the locations you land on, but the landscapes are different, which changes the aesthetics and color schemes,” he explained. In Albuquerque, “you have the inherent orange of the mountains and sunsets; it would have been a completely different looking show down there.”

Bokelberg said it was a challenge for him and the director (who he had worked with previously on “Scandal” and “Devious Maids”) to start over finding locations to match what they had already found while stuck in quarantine. “It takes a while to process and give up the look we loved. When we first arrived in Vancouver, we tried to chase the same look, but it wasn’t worth the extra time,” he said. After experiencing Vancouver’s nuanced light, “within a week we fully embraced the new blues and greens we inherited with the mountains.” 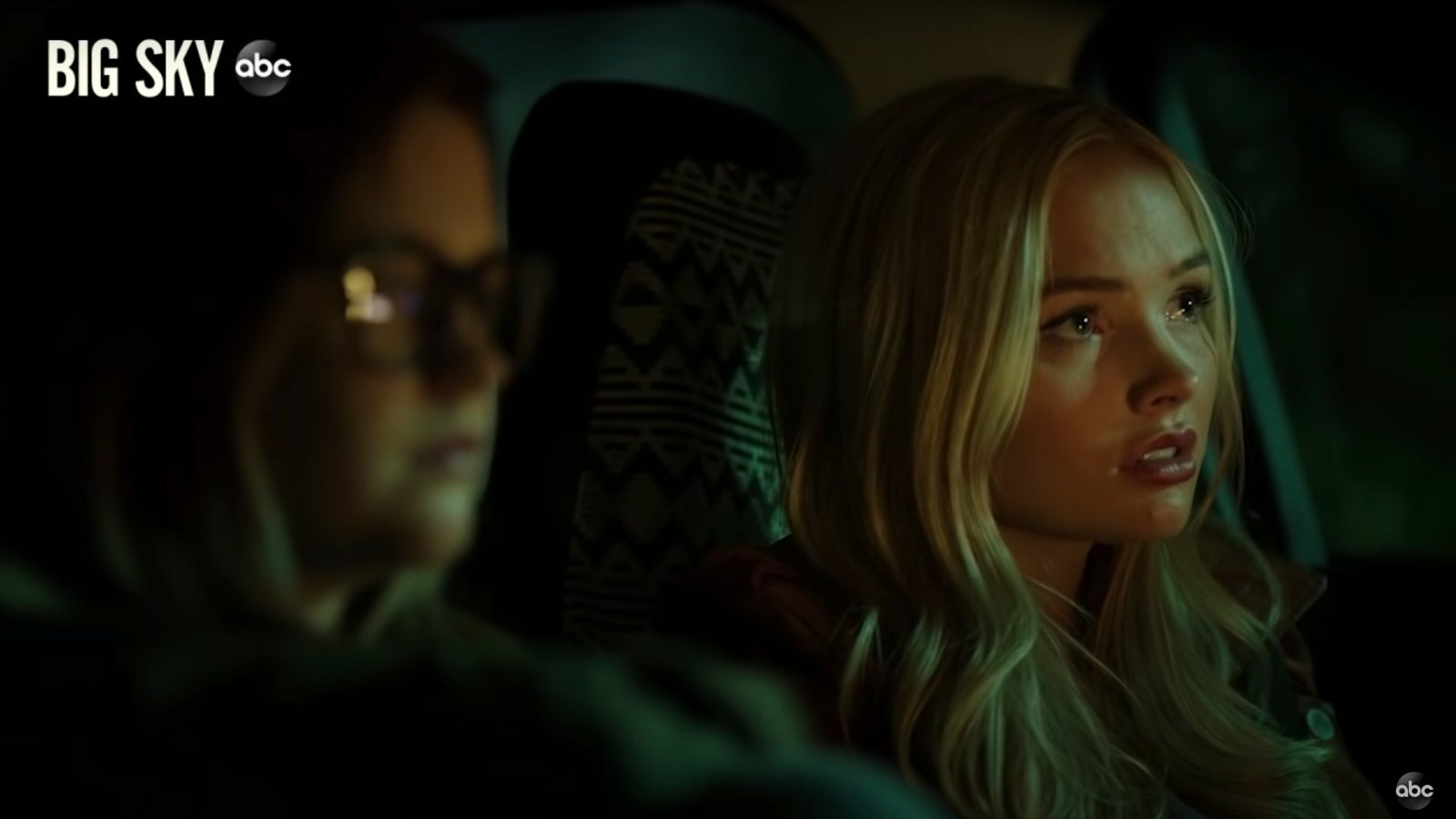 Bokelberg chose to shoot on the Sony VENICE, paired with Leica Summilux-C and Angenieux zooms, through ARRI Rental, after he used it last year while shooting Netflix’s “Christmas on the Square” with Dolly Parton. “I was very impressed with the dual ISO,” he said. Upon reviewing the pilot script for “Big Sky,” with so many scenes that included the dark night, “I felt the 2500 ASA setting would allow me the perfect base to service and achieve our desired look.”

To begin the process of setting a tone, Bokelberg’s color palette was determined by the storyline taking place in a 24-hour period. He sequenced a morning light, then a typical daylight, then sunset, then dusk, full night and back to dawn. “I wanted to incorporate all the colors: the warm lights from the sunset, the clean colors from daylight, mixed light during twilight utilizing cool white fluorescents and sodium vapor yellows, and for night, I wanted to use cyans. I am typically not a fan of blue night, I always see a little green,” he explained. “I gathered a lot of mood boards, pictures, and collected colors that work together.” 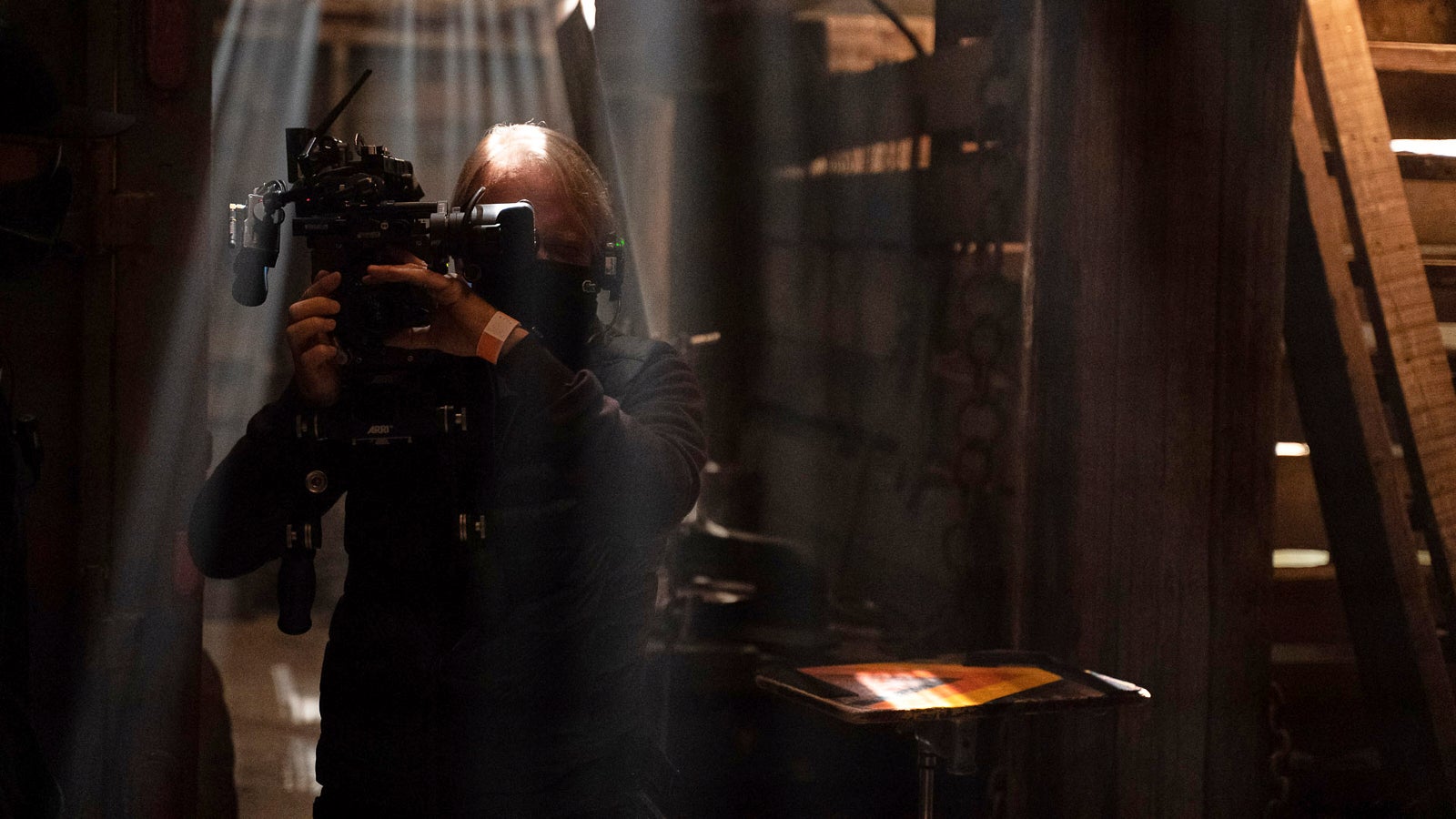 “We wanted to go wide, Montana’s landscapes are vast and beautiful. Yet strange and scary things can happen somewhere hidden within these huge tableaus; it’s the nightmare that happens down in the corner. We don’t see this at first sight, but then it hits you hard. And that informed our approach and attitude towards finding the visuals.”

The darkness is an important element of the show, and Bokelberg had to figure out when and how to enhance what would read in the script as “pitch black.” He laughed. “We are always tasked with interpreting that, and it’s a choice we are confronted with. I spoke with the director, Paul McGuigan, to ask where he wanted to go with this. With the networks, dark is okay as long as you have something bright in the frame -- a strong contrast.”

Bokelberg believes a DIT is an important partner in the collaborative process. “The tools of our coloring station enhance my palette as a cinematographer. We color for atmosphere and mood, for the individual needs of a particular scene. When I want to push a little further, get closer to the edge, the controls and information inherent to our DIT station help us walk that fine line and keep us honest.” 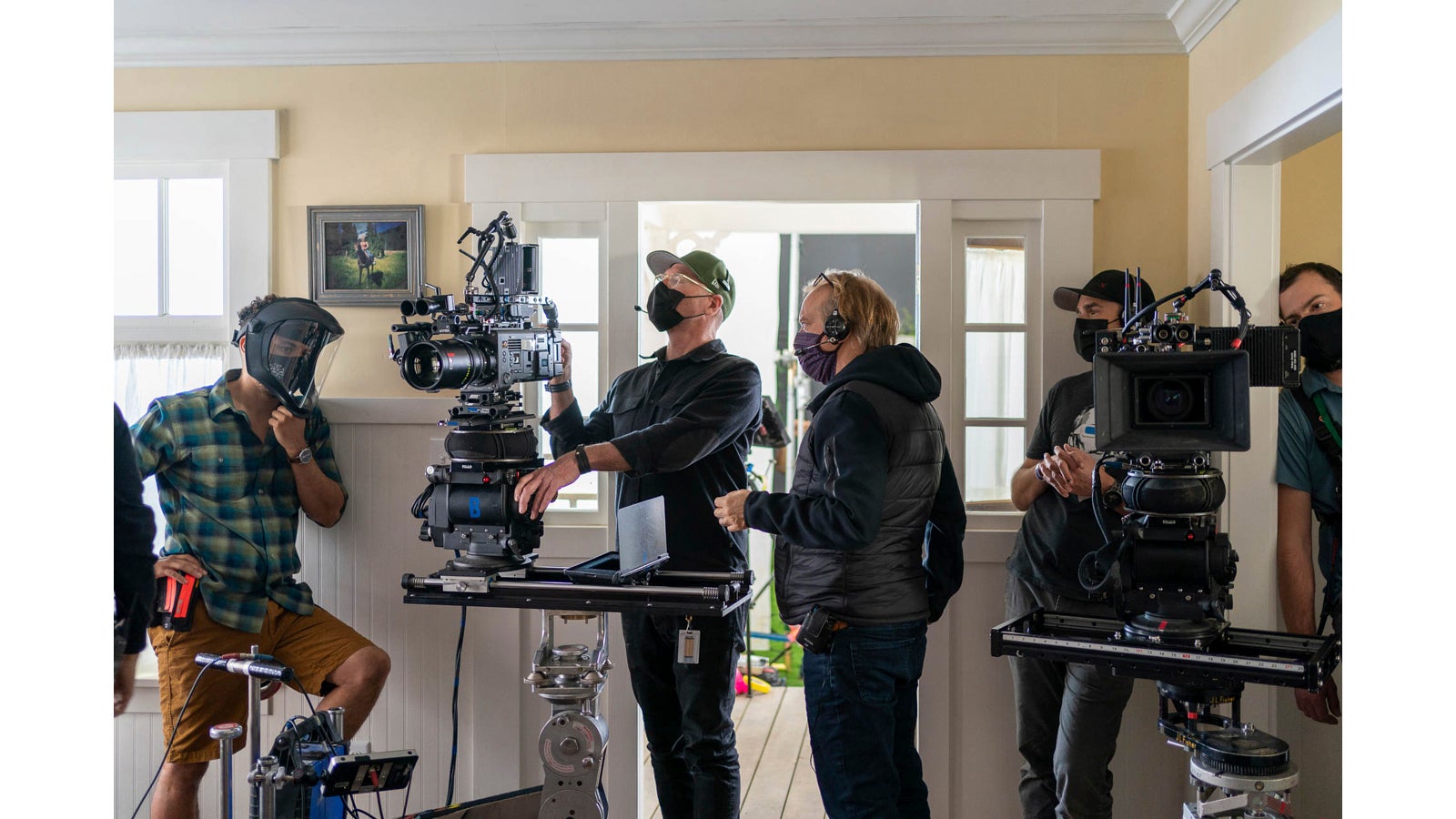 DIT David Skidmore came on board when the show switched to Vancouver. “Originally, I brought along my long-time Los Angeles DIT, Andy Lemon, when we were prepping for New Mexico,” explained Bokelberg. “We designed the workflow coloring on set down the pipeline to our final color, with colorist Tony Smith at Picture House in Los Angeles. When we moved to Vancouver, I was lucky to find David Skidmore, who was able to ensure my preferred way of working and organizing it all in conjunction with the lab and post.” Color was done on-set at the DIT station, then the lab used the CDLs and stills as the base for their dailies adjustments. “Considering the quick turnaround of the show, the workflow was essential for the integrity of our visuals.”

Skidmore explained that Smith created “two LUTs for us to use. We put those in camera for splinter units so they could have the show ‘look’ as their base, to help keep things consistent.” Recording in X-OCN ST was helpful too, “offering a good balance between data size and retention of quality,” offered Skidmore. “Plus it offered ease of use, relatively quick offloads and the flexibility of raw.” 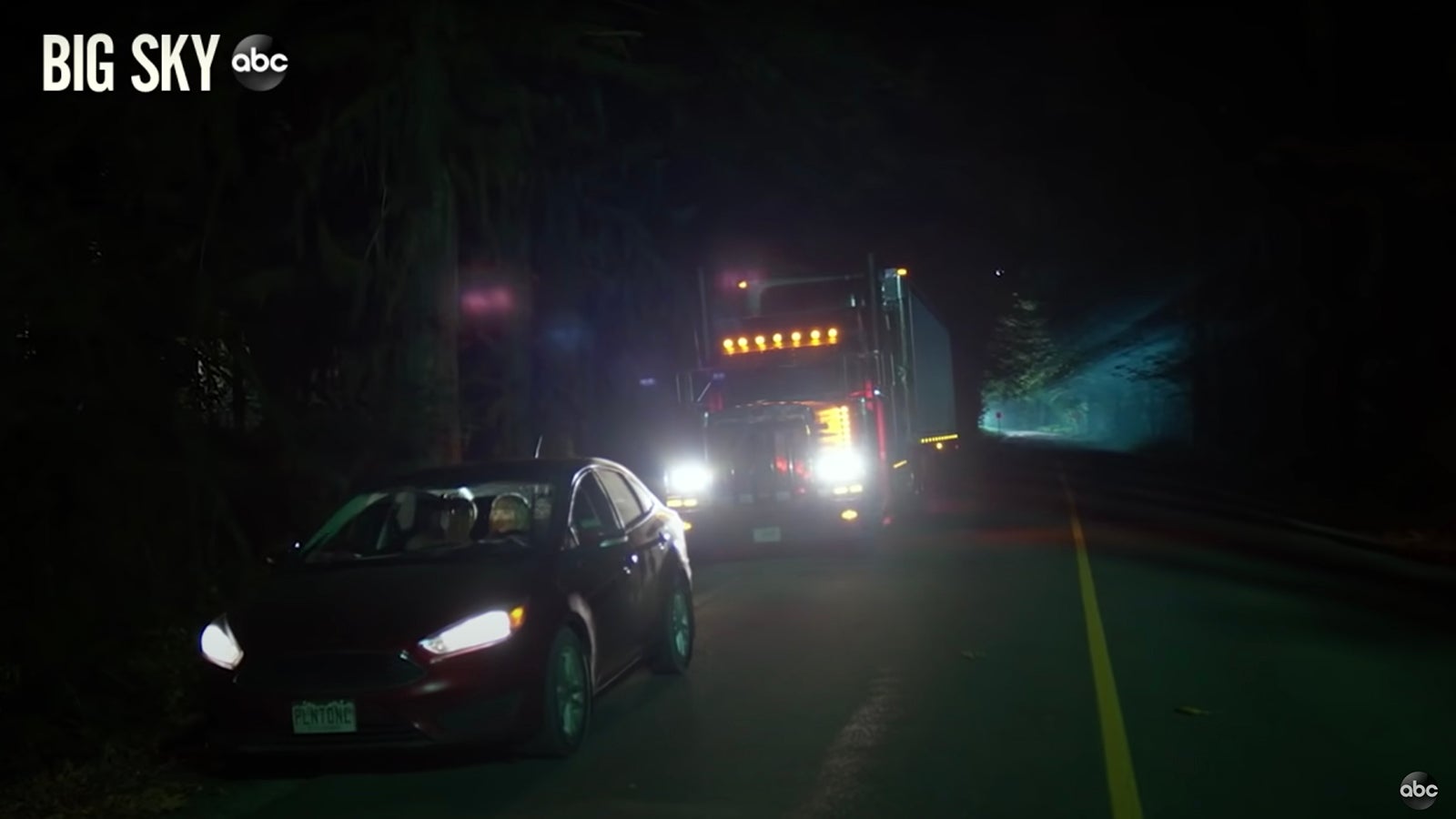 A crucial scene for “Big Sky” takes place in a national park at night. Lighting a vast area “starts with an attitude of determining what genres the show lives in. For me, this scene entered the horror genre,” said Bokelberg. “We were particularly challenged in that location because it was a nature preserve and we couldn’t bring in big lights and put them wherever we wanted to.” We were limited in our access and had to become quite creative in our approach. Our gaffer, David Tickell, “was brilliant. He and his team spread ARRI Skypanels S60s across the forest floor, hiding them behind trees and brush. And, we had a S360 in a Condor just out of the picture.”

“My goal was to light up fog and see silhouettes. I also wanted the truck lights behind the girls’ car to be aggressive, glaring, so that when he turns them off, it evokes terror. The location was beautiful, with a mossy green color, and we put in a little bit of cyan color,” he explained. “I really wanted this scene to be all cyan. Working with the sky panels in particular is very comforting. If for some reason, I don’t like my choice, I can change colors with the push of a button. But we did stick with the cyan.” 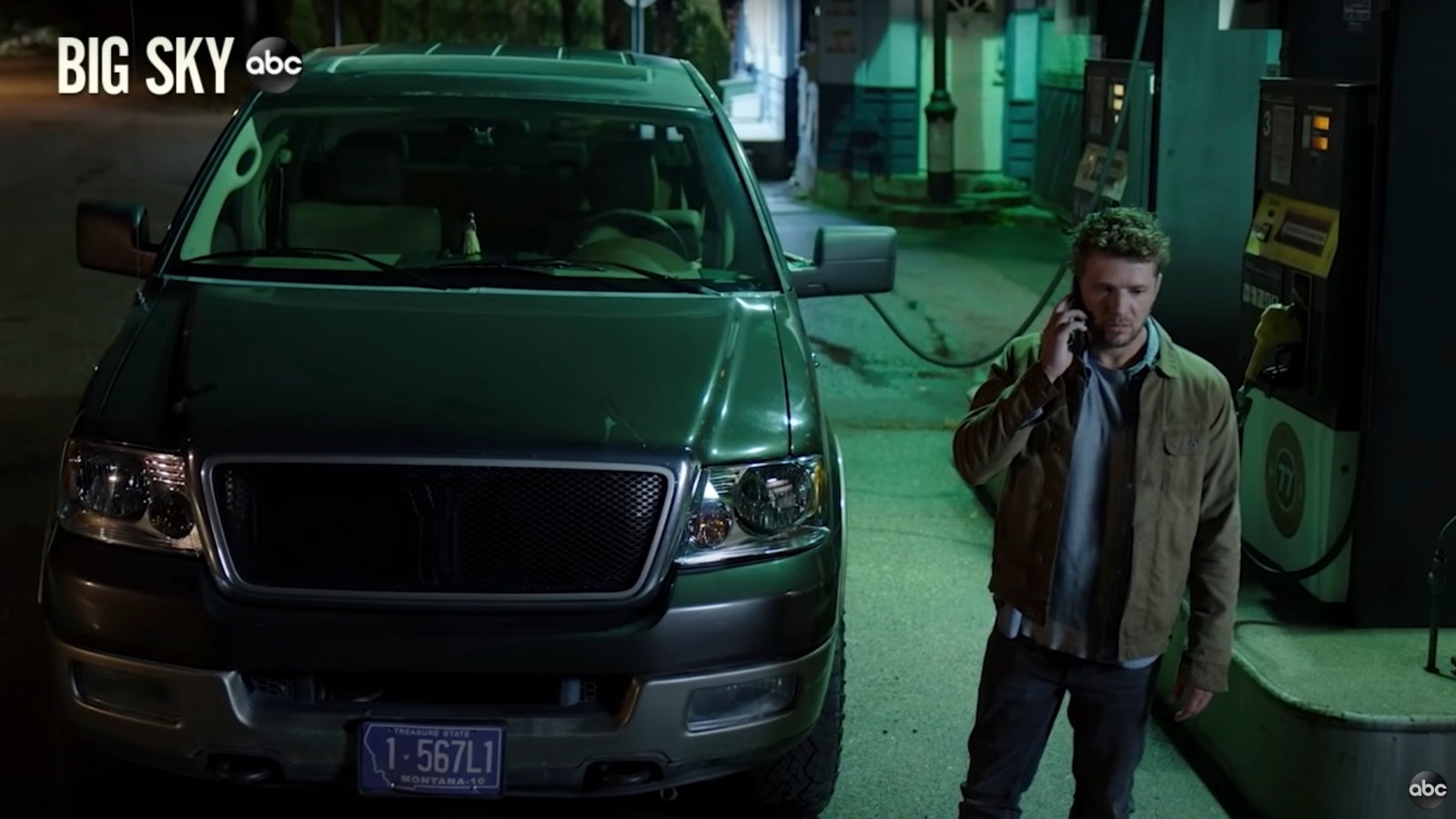 Ryan Phillippe at the gas station

Bokelberg’s whole approach was possible due to VENICE’s 2500 ISO setting. “I very much enjoy the feel of the 2500 rating and opted to shoot the entire show, night as well as day, at this setting. I love having the full array of internal ND filters that the VENICE offers.” We frequently dial in a 1.5 or 1.8 ND. It’s another interesting advantage. Within seconds, we can adjust our depth of field for creative purposes or adjust for waning daylight. Skidmore echoed the ease of the VENICE internal ND filters. “It’s an incredible timesaver. It saves in the time it takes to physically change on-set, as well as correct any color shift introduced by many glass NDs.”

Bokelberg wanted a cool night feel in a scene that takes place with Ryan Phillippe at a gas station. “We spend so much time in our cars, so we wanted to evoke the idea of Americana, and the gas station just does that. I wanted the lighting to sit in a stylized way.” He used Skypanels and Asteras, combined with LED fluorescents. “I wanted this to look dingy and dirty, very realistic. We balanced the cameras for tungsten and used cool-white practicals to achieve our desired look.” 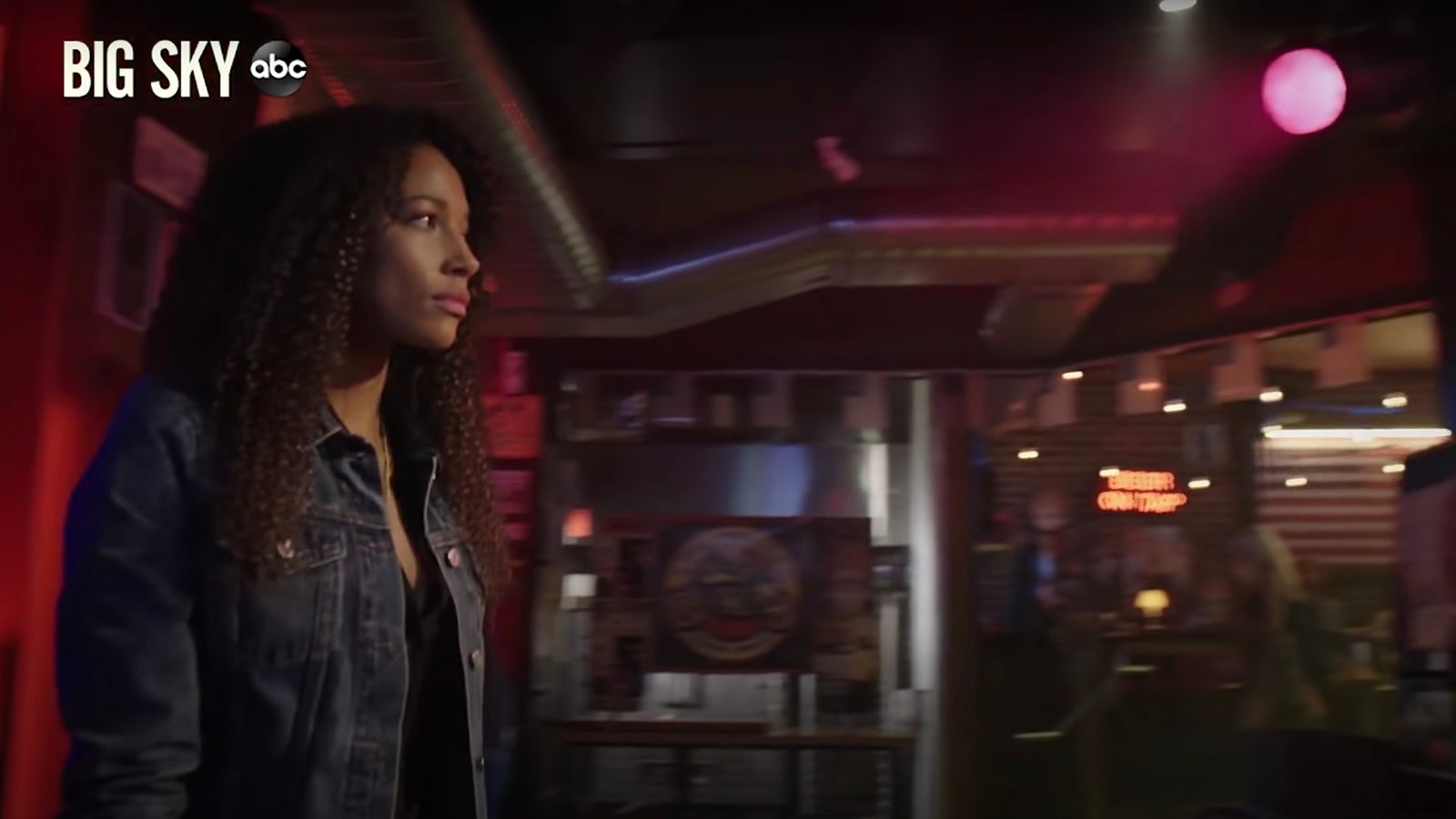 The final scenes that take place at the All In Bar are his favorite. “I wanted to start out in complete dark night, then segue to twilight dawn, then regular dawn,” he explained. “But our shooting schedule wouldn’t allow for this: we couldn’t shoot early in the morning and only had the afternoon window. So we had to invert time. Shoot the ending first, and as it gets darker, we would shoot the earlier scripted scenes. For the earlier shooting we brought in some fly swatters to control the daylight, and make it appear darker.” Shooting this way, “can get a little nerve-wracking,” said Bokelberg. “You know it will get dark soon enough, and you have to finish your shooting day in time, but I think it is important to allow and embrace a little risk taking.”

He acknowledges that the first moment in the sequence, as the car is pulling up into the parking lot to enter the structure, “might be my favorite shot of the show. It was almost pitch black at that point, so it was really beyond shootable daylight. But, having the 2500 ASA and shooting with Super Speeds, once you enter this zone, you can capture magic. If we had gone five minutes later we would have missed it. I think it’s pretty successful, I’m happy we pushed for it.” 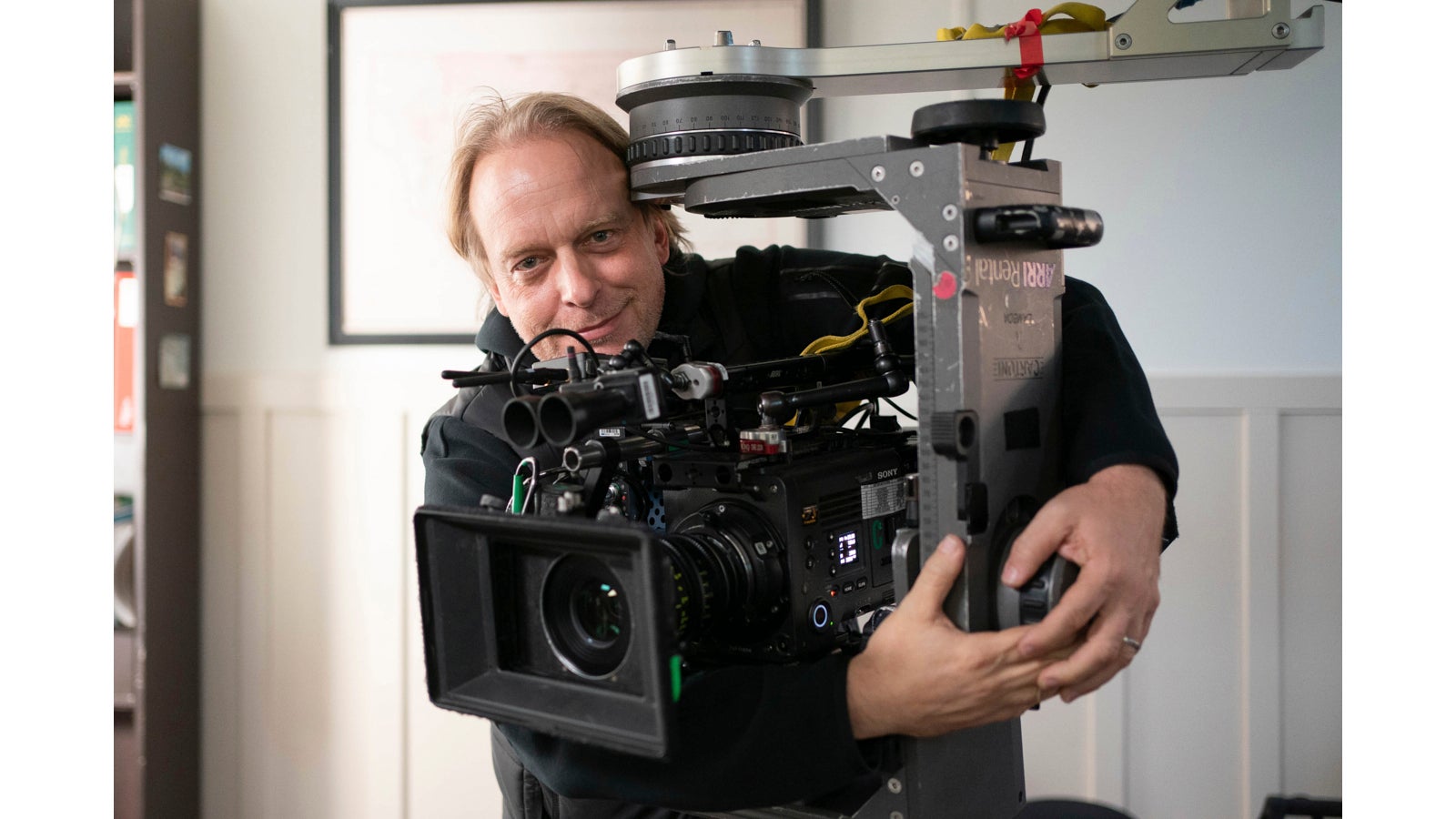 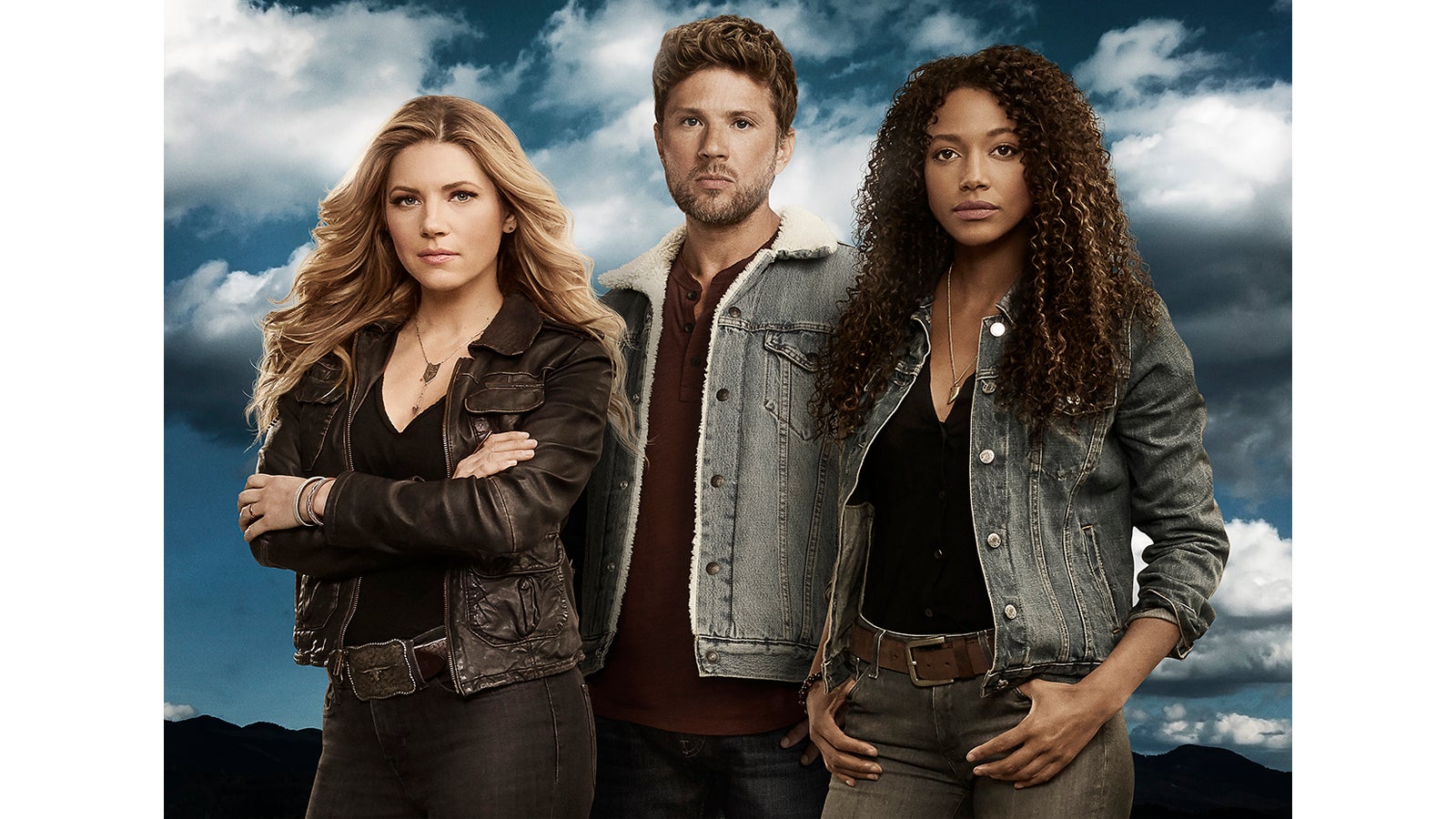