21 Bridges is a story about a New York Police Detective in pursuit of two suspected cop killers as all 21 bridges of Manhattan are closed to traffic. The film takes place over the course of about 14 hours.

As seen in February 2020 Film and Digital Times magazine, by Jon Fauer. www.fdtimes.com

This is the first installment of a two-article feature on 21 Bridges. 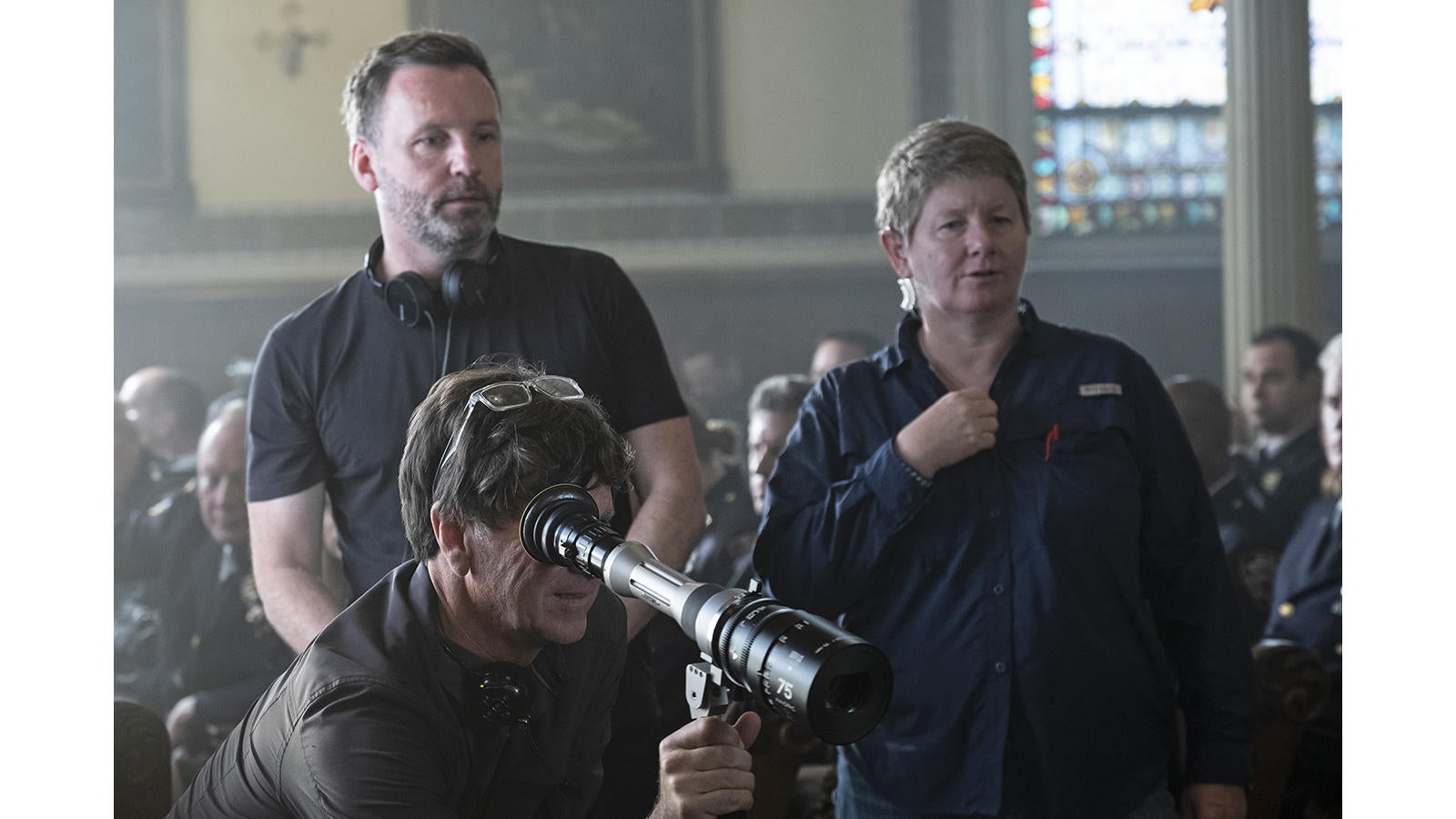 21 Bridges is a story about a New York Police Detective in pursuit of two suspected cop killers as all 21 bridges of Manhattan are closed to traffic. The film takes place over the course of about 14 hours.

Jon Fauer: How many shooting days were there?

Paul Cameron, ASC: We shot for about 42 days in Philadelphia (standing in for New York) and 4 days in New York. The NYC footage was to tie in locations and to establish how they lock down the bridges and tunnels.

Interestingly enough, Philadelphia is a great double for New York City. It has a lot of industrial interiors, funky locations and what we regard as a little more of a New York period look. It’s also just extremely easy to shoot on the streets of Philadelphia.

Tell us about the camera and lenses. How and why did you choose them, use them, and how did they look?

I recommended the Sony VENICE because I’ve been using it on a number of commercials and for a short film I shot for my wife Laura Stabilini. Brian Kirk, our Director, determined to use anamorphic lenses. My big concern was the large amount of Steadicam. I was looking for the right optics but I also wanted something smaller, lightweight and faster in speed. I wanted to be able to shoot nights at 2500 ISO and T2.2 or T2.8. With that combination, the Scorpiolens Full Frame Anamorphic 2x attracted me. The Scorpio FFAs are incredibly clean. They have very little distortion and they’re Full Frame anamorphics. They emulate Full Frame lenses to me more than they emulate anamorphic lenses. So you don’t have the distortion and you don't have the curvature top and bottom.

There’s no fall-off of density on the sides and the bulk of out-of-focus areas in the background actually have more of a Full Frame look than an anamorphic look.

So, I was getting the best of both worlds: fast lenses to shoot wider open and wider angles of view. The 25mm T2.2 and 40mm T2.2 lenses gave us a really beautiful selective focus even though they are wide angle lenses. The depth of field wide open at T2.2 would have been the equivalent of shooting in Super 35 of something like T0.7.

It’s a new landscape in a way, and the amazing thing for me about the Sony VENICE was not only the color space, but also a more natural look than any other digital camera I have shot with. The skintone rendering and certain colors in the spectrum come through on the Sony sensor so beautifully. I like the internal eight-step optical ND filter system (ND.3 - ND2.4). As a Director of Photography who operates the camera a lot, I can look at lighting through the camera at the push of a button and the servo control eliminates the need to pull the filter from the mattebox.

In this anamorphic world, the wide Scorpio anamorphics did not have the expected distortion. Suddenly we had these beautifully clean, geometrically correct, fast lenses to get big landscapes at night. That was empowering.

What focal lengths of Scorpio FFA did you have? 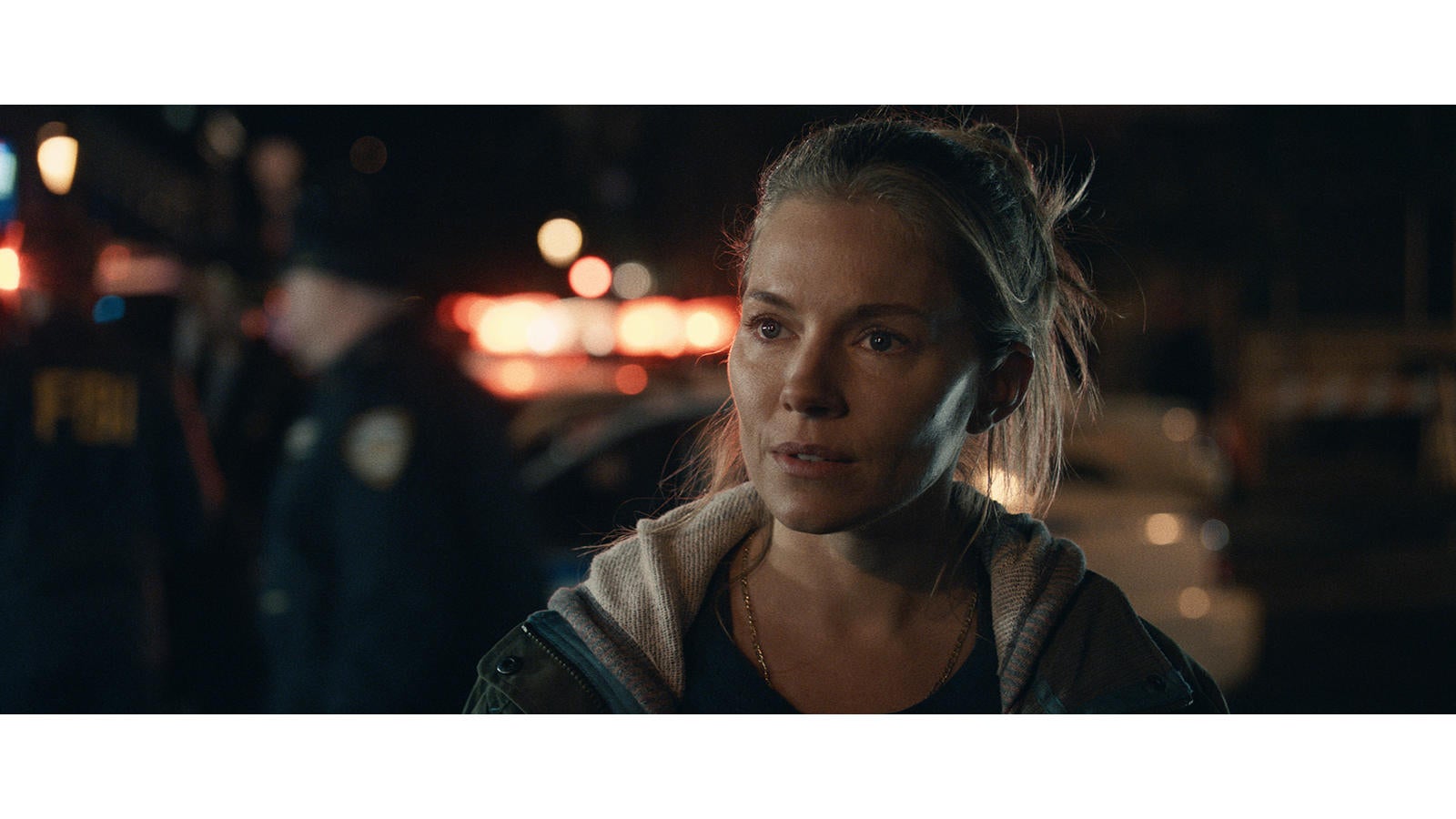 Did you shoot wide open often?

I tried to avoid it. But I certainly shot a lot of wide shots wide open with the Scorpios. Managing this more shallow depth of field was very appealing to me. I stayed more open than I normally do with anamorphics, for sure.

How do your ACs deal with FF shallow depth of focus?

Fortunately, everybody is using some kind of system like the CineTape or Light Ranger. In this new era of focus pulling, I still try to get actors to show us where they will be going if there are complicated moves, even though nobody wants to rehearse. I’ve been doing this long enough that I want to be sure that my assistant is able to get basic marks or have set-up time with stand-ins. Nevertheless, our focus pullers Derek Smith and Michael Leonard are both incredible. They came up working in the film days, so they use a combination of tape measures and CineTapes.

You shot for 2.39:1 widescreen release. And you were basically filling the Full Frame of the Venice 6K sensor with 2x squeeze anamorphics. So when you desqueeze, that’s a 3:1 aspect ratio. Did you crop the extra picture area in post?

Yes, it was cropped in post. Also, because we designed this movie to have a little bit of a grittier New York night feel to it, I added a product called LiveGrain to the final DI. LiveGrain emulates the texture of film grain beautifully. It’s interactive and you can see the changes as you do the DI. Livegrain was developed by Suny Behar. More people should use his product.

Who did the grading?

It was Tom Poole at Company Three. Tom is an absolute joy to work with. He’s an incredibly talented DI artist. He has great taste and he’s lightning fast. He graded on DaVinci Resolve.

Did you have DIT on set?

Ted Viola was our DIT. He uses Pomfort Livegrade. Ted is an incredible DIT technically but he’s also very experienced and adept at balancing for dailies. I pretty much locked into one or two LUTs for the entire movie.

Where did you rent the camera package?

Keslow Camera. Brad Wilson suggested I try the Scorpios when I was shooting tests. Another thing I can say about these anamorphic lenses is the way they halate. They hold up very well and don’t wash out like some anamorphics do when there’s an extreme flare or something like a police light. They don’t blow out or wash out. The Scorpio lenses were shooting into police lights and halating, but they added an inherent reality—the way you would see the scene in real life.

Let’s talk more about Full Frame, and lenses, and pristine or normal like the Scorpios, versus vintage, distressed, distorted anamorphics.

I think we’ve had a resurgence of anamorphic in the last few years and now in Full Frame with ALEXA, RED, Sony and Canon. So this was all happening on the heels of the Alexa 65 which is a format and a lens system unto itself. I think we’ve seen a lot of established, as well as younger, filmmakers welcoming and exploring the use of anamorphics, whether it’s for big screen or a commercial.

In the past, we were in pursuit of shooting our bigger films in anamorphic mostly to get a beautiful, clean, widescreen image. And then, for our digital productions, we suddenly had the availability of Panavision C and E series lenses from the past and we’re getting flares and trying different looks.

Then we had the advent of Panavision G Series and the J.J. Abrams obsession with flares. Now we have a new resurgence of anamorphic Full Frame lenses. The issues are the same. Optics can give cinematographers a sense of self and discovery. That may come from experiencing flares uniquely. Even at this point in my career, I still have a feeling of self discovery when I get a certain flare in a certain way. It feels like your own signature, even though it’s just vintage glass. 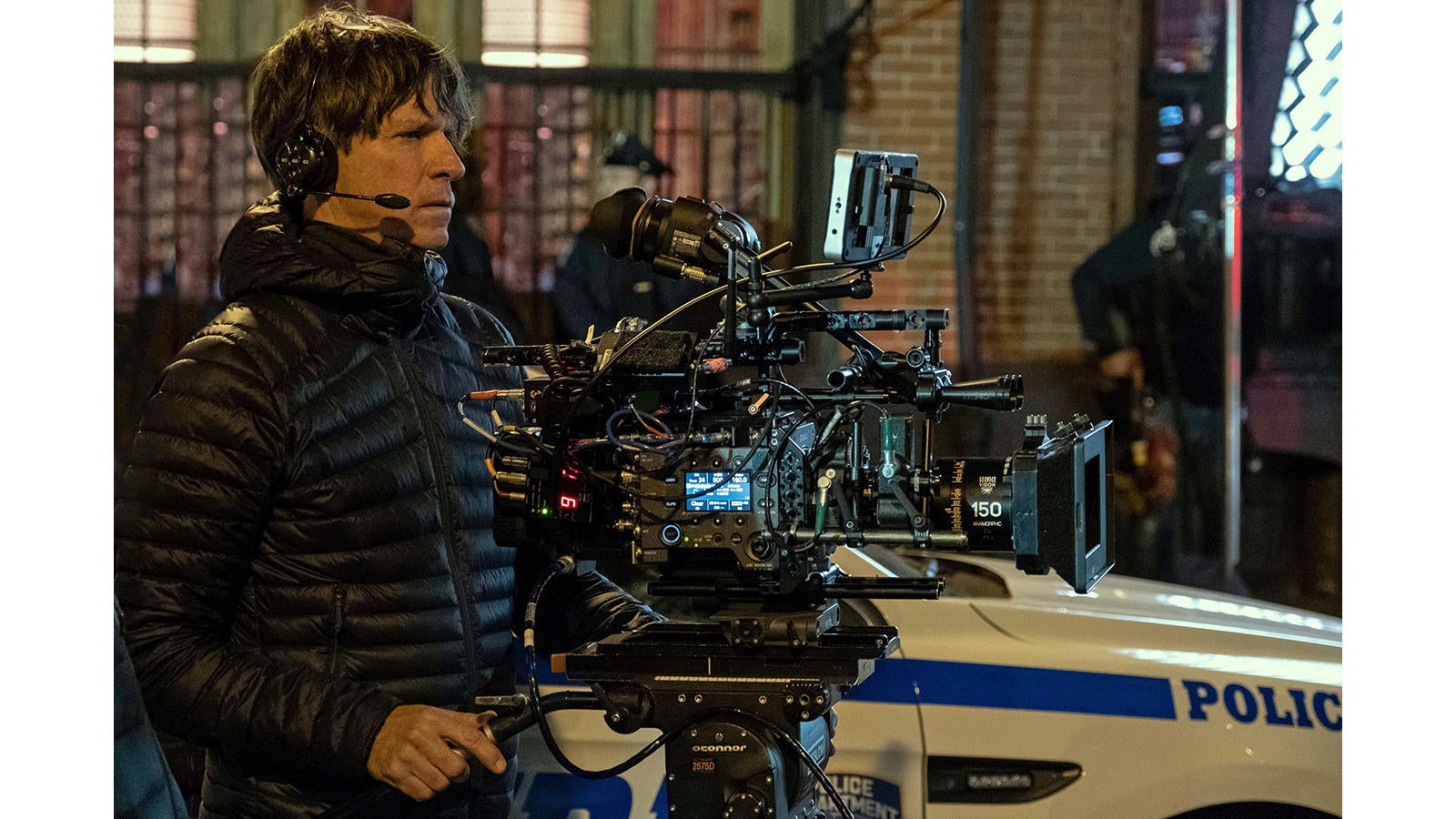 The interesting thing now is there are so many points of view. Do you go with a more vintage anamorphic lens like the traditional Panavision C and E series? Or do you go after newer lenses with a kind of vintage look like the Cooke SFs? Or you can go after this cleaner, precise anamorphic look we’re experiencing now with the Scorpio FFA or the ARRI/ZEISS Master Anamorphics in S35?

It’s also a matter of what’s available when you’re ready to shoot, especially in Full Format. A lot of people make decisions to go a certain route, but when you’re ready to shoot, certain manufacturers may not have full sets Of Full Frame lenses ready to go. Companies like ARRI, ZEISS, Cooke, Scorpio and others are making more new series and focal lengths than we ever had in the past at such a rapid pace. It’s fabulous to have these choices. But sometimes you have to ask yourself, “Is it okay to shoot this movie with just four focal lengths?” If that’s the look you want, you’ll find a way to do it, but maybe you want a complete set, as we did with the Scorpio FF Anamorphics.

And then there’s lens tuning.

We’re in such a complex time now because you’ve got companies like Panavision where Dan Sasaki and Guy Vicker have taken things even a step further and they have a whole lens detuning service. Theoretically, you can take any of their lenses and tune them in any way you want. You can add contrast, maximize it, you can reduce contrast, you can add halation, and glow highlights. Suddenly you have lenses were very familiar and you can actually tune them like a guitar into a different key. That’s new.

You picked the Scorpio FFA over many other choices.

After I locked onto the idea of shooting with VENICE, I thought I would shoot the movie with other lenses. Brad Wilson at Keslow Camera brought the Scorpios to my attention. He said, “You might like these lenses. They’re clean, and they’re distortion free. They go wide to 25mm.” I tested the Scorpios against other lenses and they felt like a different sound. It was like there was more base coming out. It was like a more guttural, real halation. And I thought, this lens really adds good energy. It was perfect for this movie. They’re super lightweight, distortion free, small, with the same front diameters. The barrels all turn the same amount. I was very impressed. And the results look beautiful on the big screen. 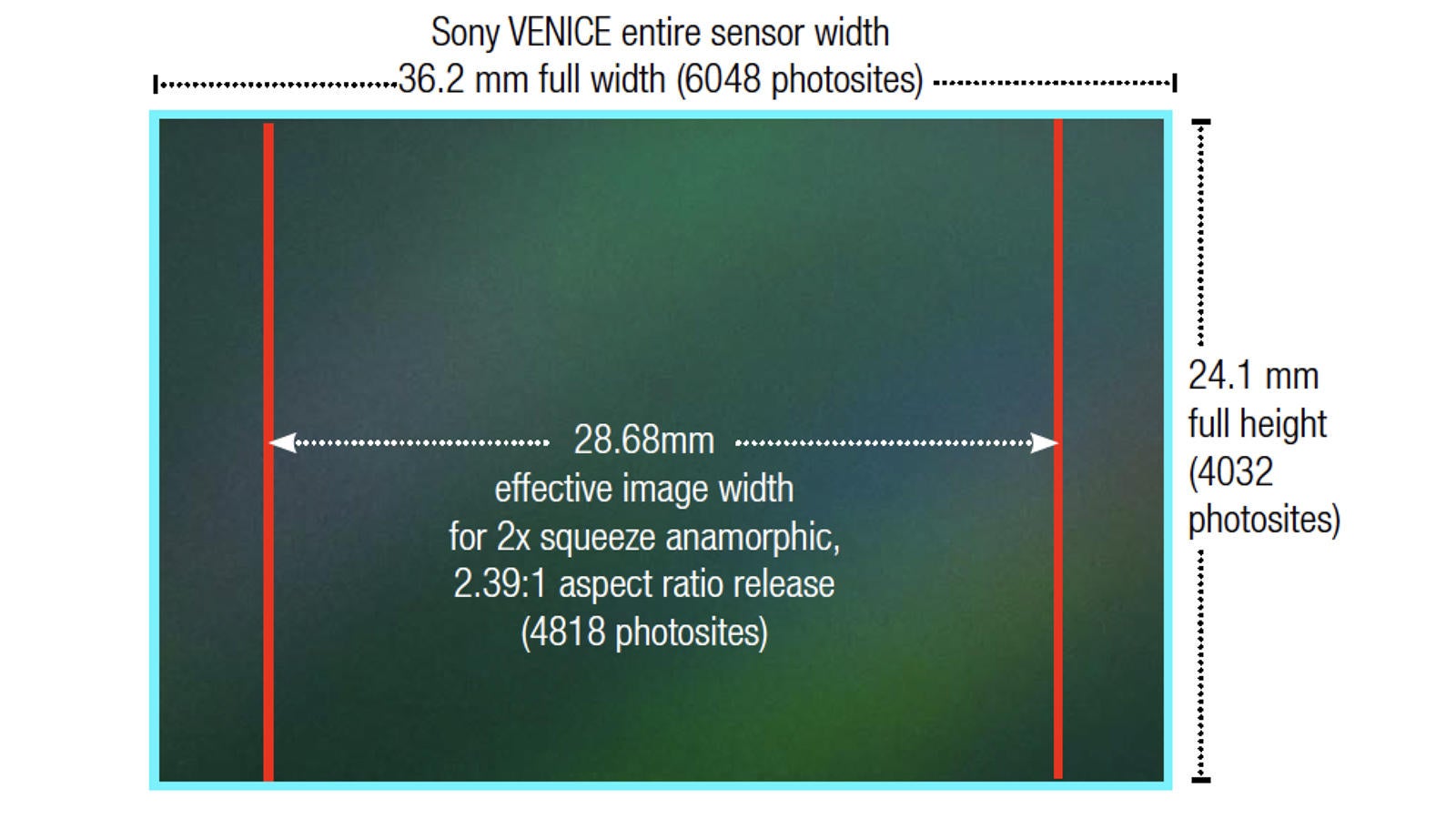 The Full Frame math for 2.39:1 aspect ratio is as follows. 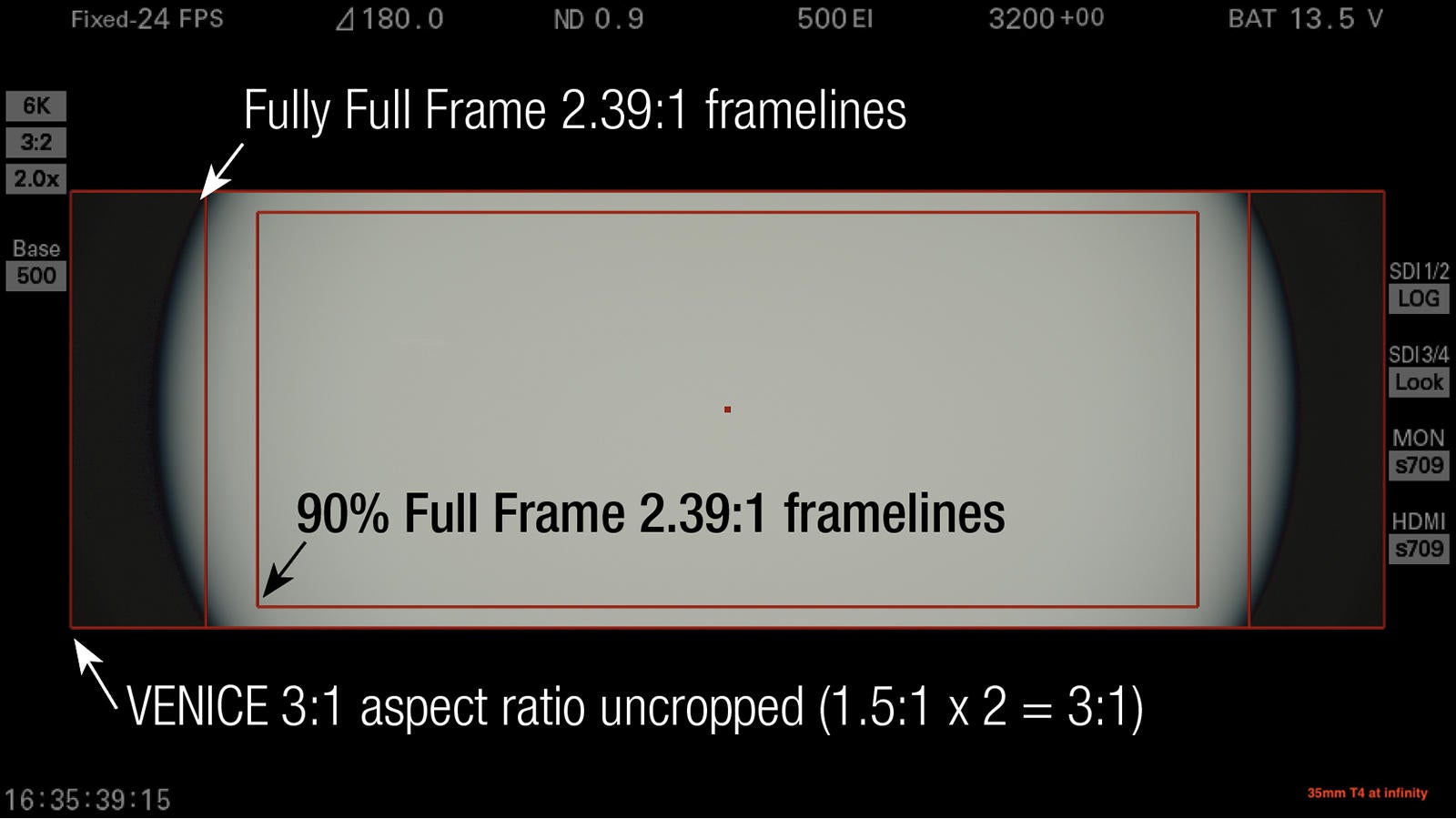 However, the Fully Full Frame math above can get even more interesting.

What if you’d like picture safe / surround view to see mike booms and C-Stands lurking on the edge of frame? Or what if your widest lenses show a little bit of shading or vignetting around the edges, as the wide 25, 35 and 40 mm Scorpios may have done? 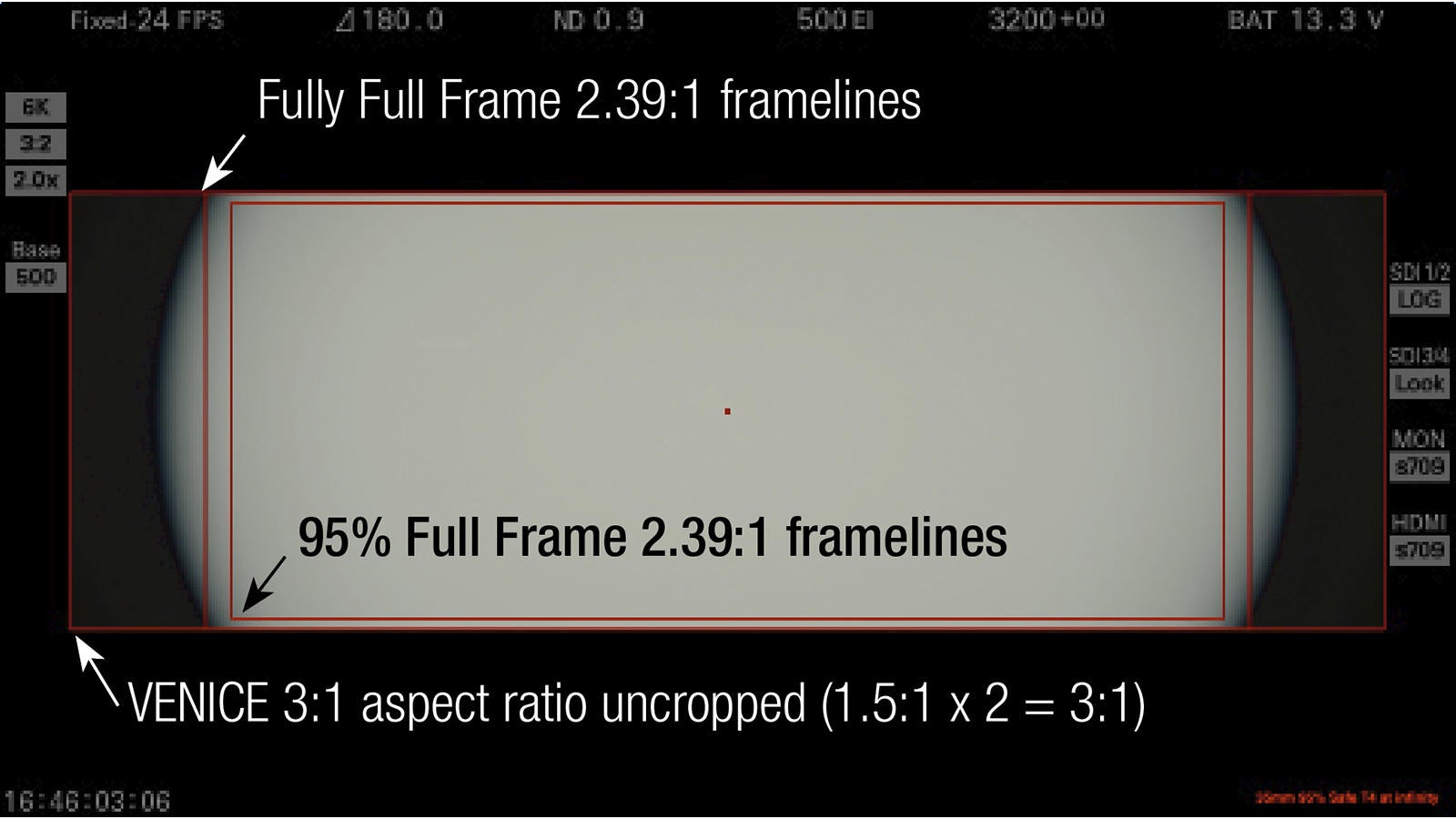 If you don’t like the idea of giving up so much sensor real estate, you can go for a 5% reduction in picture area.

The Sony VENICE (and ARRI ALEXA LF) have 1.5:1 Full Frame sensors and they do not window or crop in camera. So a 2x squeeze anamorphic desqueezes the 1.5:1 image to a 3:1 aspect ratio (as shown in the pictures at right. Therefore you will crop the extra left and right sides to 2.39:1 in post. 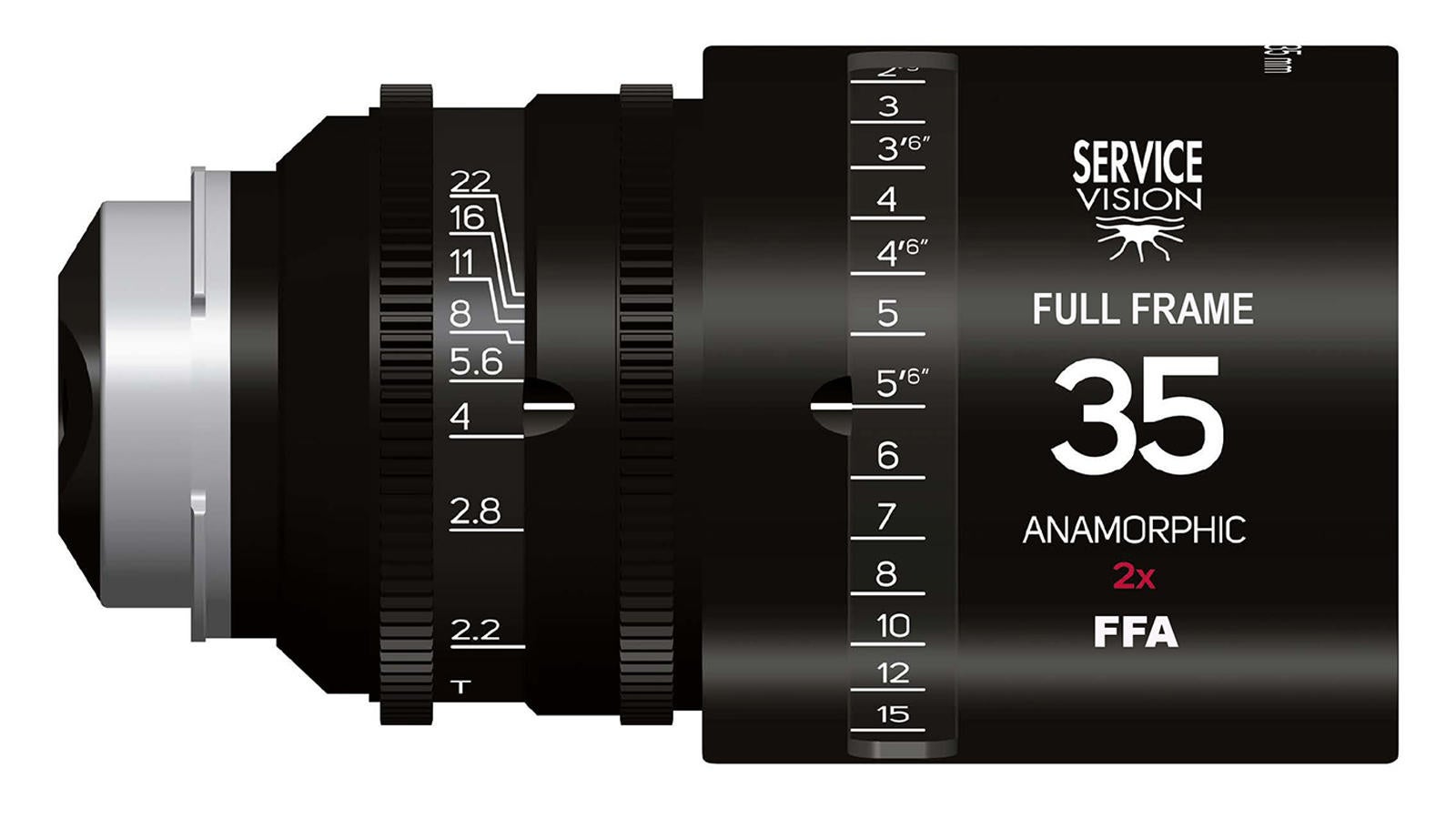