Post in a Pandemic: How the Team From “What We Do in the Shadows” Evolved

Just as Season 2 of “What We Do in the Shadows,” finished shooting, studios and productions alike began to shut down, as the Covid 19-induced pandemic set in and brought the entertainment industry to a halt. But with creative minds on overdrive, it was only a short time until they figured out how to pivot. Anything that had finished shooting and was now in post-production had the biggest benefit, as adjustments were made. For the team on “What We Do in the Shadows”  (WWDITS), they had just recently begun post-production. “The shutdown hit right when we were finishing post on the first episode of Season 2,” said post producer Ingrid Lageder (“Silicon Valley,” “True Blood”). “Practically overnight, our post team and our post facilities had to figure out a new workflow.” 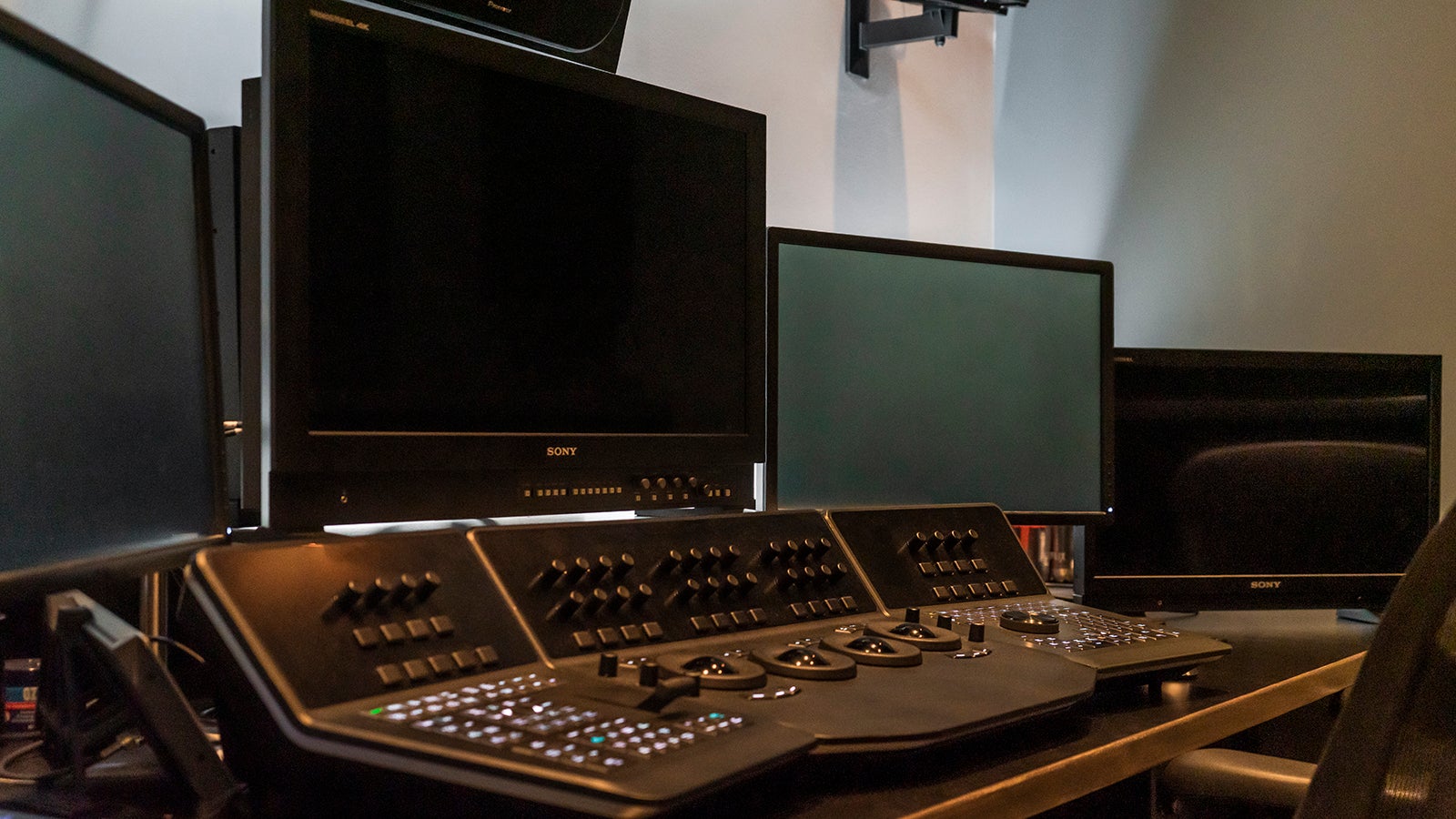 Ethan Schwartz, colorist at Light Iron, had just taken over for Light Iron’s colorist Ian Vertovec, who worked with cinematographer DJ Stipsen on Season 1. “Because of the shutdown, we were trying to figure out how to work remotely as quickly as possible. We had a bit of breathing room to figure out how to safely get equipment where it needed to go and set people up at home, but then we needed to be up and running right after that.”

Colorists were given full color systems for grading, and connection to the post facility was established. “We are a Baselight and Resolve facility, but Baselight isn’t quite as easy to physically transport as Resolve,” explained Schwartz. “I typically color on Baselight, but I’m fluent in both, so I switched to Resolve for WWDITS because I knew it would be easier to set up at home.”

Schwartz had developed a relationship with Lageder based on a previous project but he did not meet Stipsen until the second season. “It was great to work with DJ for the first time, albeit remotely. Because of the air dates and how quickly things were coming down the pipeline, we jumped right into talking about the show.” 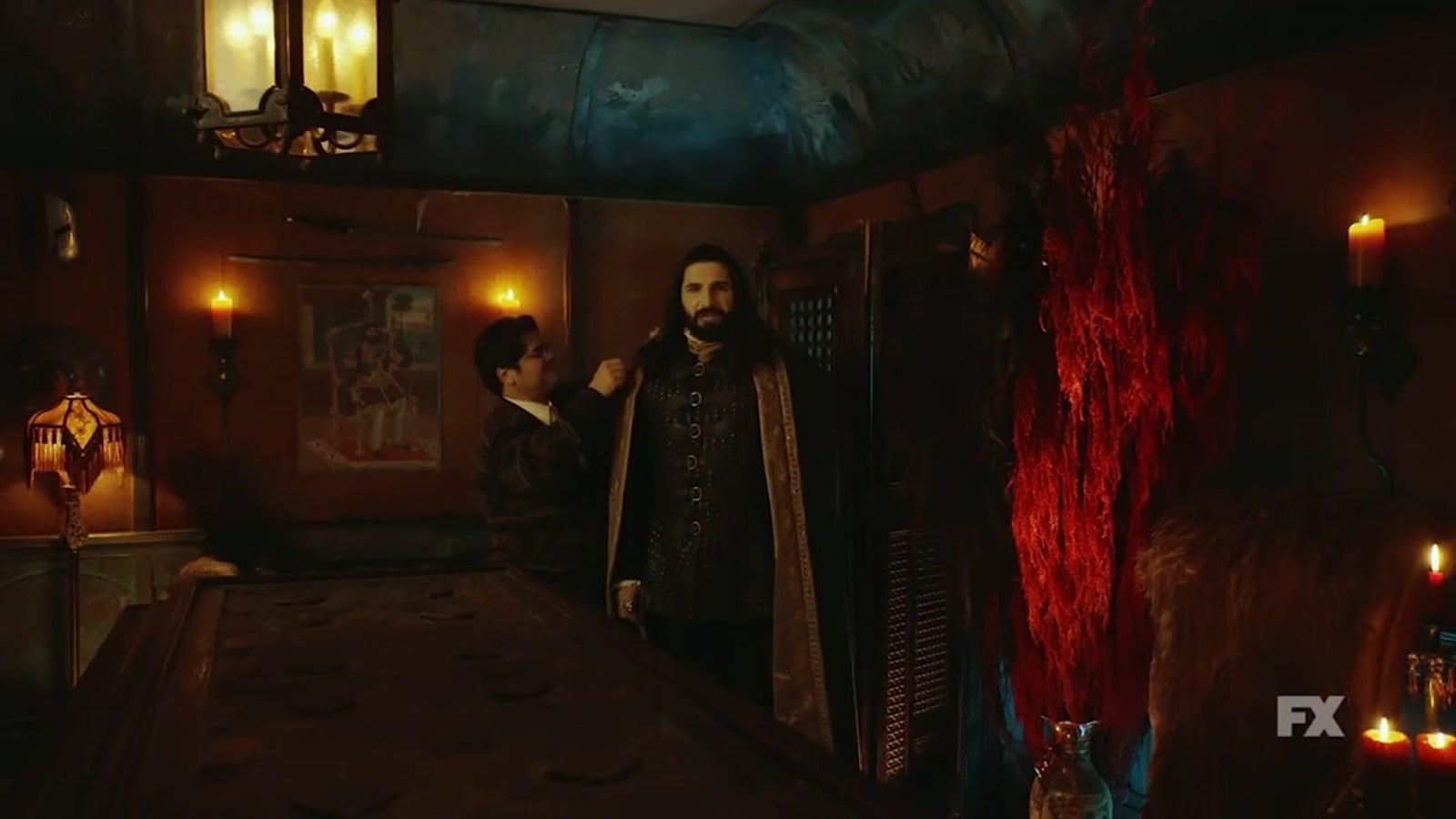 Stipsen had definitive goals he shared with Schwartz about the look of the show. “He tried to anticipate any notes from the executives to make sure the characters’ faces weren’t getting lost. He wanted to make sure we could see all the action, but not ruin the mood by making everything super bright.”

With deadlines looming, new ways of communication were foremost in everyone’s minds. For teams that relied on in-person creativity and teamwork, the challenge was to replicate that via technology. Lageder quickly established daily updates with the team. Every morning she hosted a meeting via Zoom. “That helped us stay connected and feel like a team. We were so used to spending hours with each other in our offices, and suddenly being separated from one another took some getting used to.” Her go-to interactive tool for communication among the team was Slack, and editorial used a combination of Zoom, Evercast, and Resilio Sync to work remotely with each other. “We also used Frankie — which is an interactive review platform by Cospective, the company behind CineSync — for much of our music and VFX reviews,” she explained. “Our editorial team is very tech-savvy, and they got us up and running with our new workflow at lightning speed.” 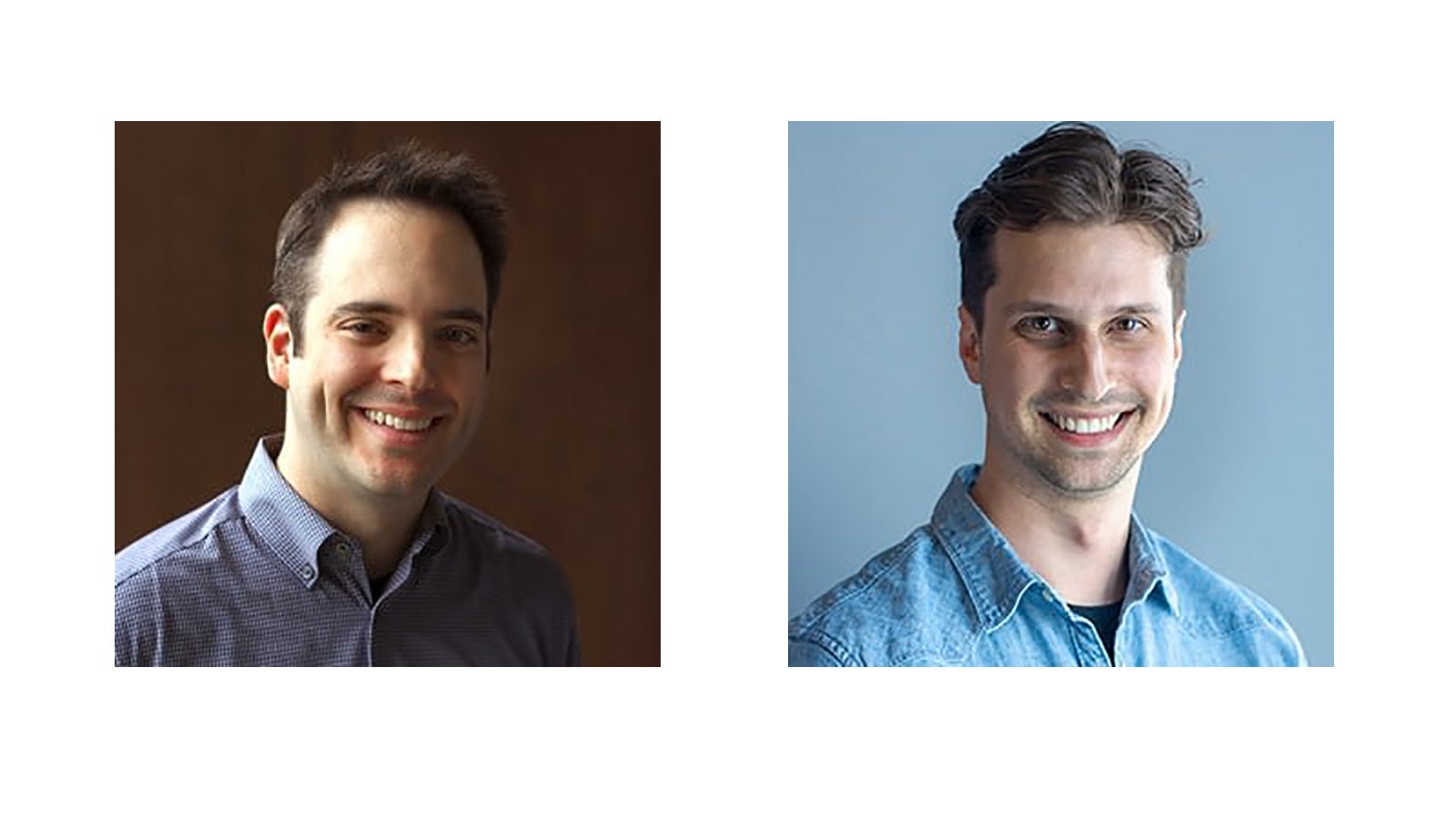 For Schwartz, he and Stipsen stuck with FaceTime for meetings. “It was the easiest platform for us.” Schwartz explained that even though “DJ did evolve the look of the show in Season 2, the bigger issue was that I was recreating the look in a new environment — Resolve instead of Baselight — because of working remotely.”

Having trained under Vertovec and Light Iron senior colorist Corinne Bogdanowicz, “I got to see how each of them works, which is very different. That helped me develop my own personal eye and way of working.” Given that the show was turned over to him from Vertovec, Schwartz noted, “I had a good sense of what DJ and the producers were looking for. It’s a dark show, with storylines that take place at night, in dark clothing, in a dark house, but it’s also a comedy. The challenge is finding that balance between making it feel dark but with a comedic bent as well.”

Schwartz had to replicate an office in his spare bedroom, and set it up for optimal work output. “I was grading on a Sony BVM-X300 because I was working on an HDR show as well, but we finished WWDITS in SDR. Because I had local storage, we had to coordinate media transfers from the vault at Light Iron to the house. Luckily, before we went into lockdown, a lot of the show had already been delivered, so I was able to bring it home on a portable RAID. Then, if there were larger terabyte-plus size deliveries, I would pick it up from the office on another drive. All of the local storage was encrypted.”

One advantage Schwartz found to working from home was that “I could create my own schedule: get up early, sit and color for a couple of hours, then take a break and go back. And because DJ is in New Zealand, he could message me later on in his day, and I could message him right back.” Schwartz knew it was critical to have an actual session with DJ, so they utilized FaceTime while DJ was on Moxion. “We would go through the episode and I would make notes on the Resolve timeline as we went along. DJ had access to the latest color check file, and he would go off that each time we had a session together. That was particularly helpful because there were VFX shots dropping in, and he could always see the latest additions.”

Working off the XOCN XT files from the Sony VENICE, “we do a source conform for a lot of our shows, and with the VENICE’s latitude -- especially in the shadows -- we were able to lift things up without introducing too much noise. The VENICE is a great camera to grade with. When I come across a VENICE show, I know what to expect in terms of the latitude and how we’ll be able to fine-tune the image.”

Another difficulty with the remote barrier was real-time response from the team, which ultimately resulted in more trust between team members. “Everyone would get a color check file and review it on an iPad Pro, through Moxion; that became a crucial tool for color review. I would review the color notes from Ingrid and the executives, make the corrections, and then they would review and approve the QC. After the first couple of episodes, they trusted that I was doing what they wanted, and we eventually eliminated the final review step, because we were up against tough deadlines,” he said. 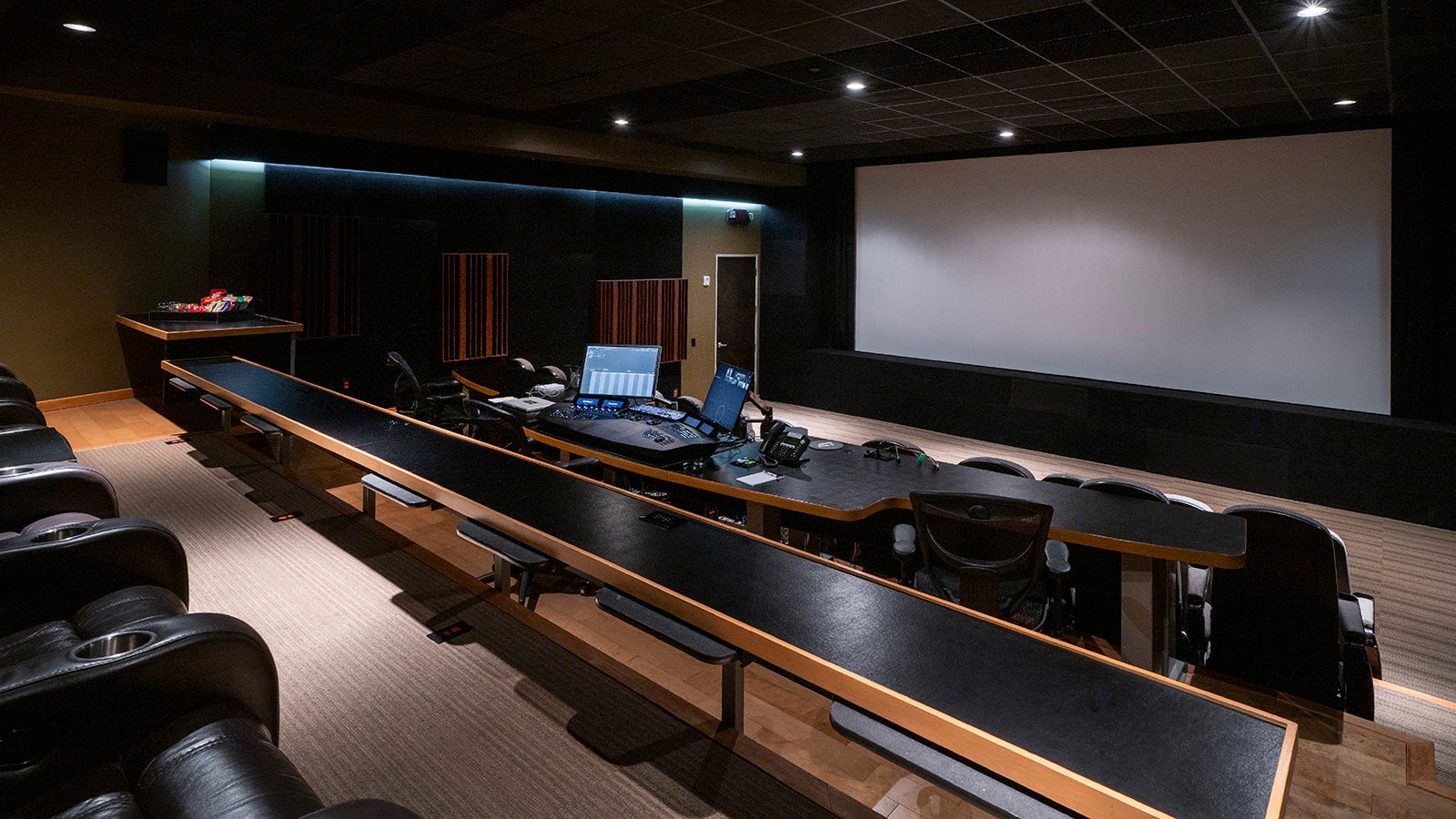 With the passing of time, the lockdown has lightened, and that means some businesses have been able to incorporate a return to offices, in some capacity. For Schwartz, “I’ve been going back to the office a little more, since we’re still finishing a lot of shows and features that require projection. We’ve figured out a good workflow where everyone has their own isolated room, so the client will be in the theater while I’m in a separate grading suite looking at an identical setup. As I’m grading, they’re watching it live in the theater. We have iPads installed in all the rooms, and we use Google Meet to communicate in real time. Now that we’re not actually in the same room, I’ve had to figure out new ways to pick up on body language so I can tell whether or not they like a correction. Verbal communication is very important now.”

Lageder has her eye on the future, to a time when she can return to working in person. For now, “we are in pre-prep for Season 3. We want to make sure we’re  well ahead of prep this upcoming season, especially since we will be adjusting our workflows with the new safety protocols.”

“Season 2 showed us what’s possible. I was so impressed with how quickly we got everything up and running. Ethan and the entire Light Iron team did a fantastic job of getting us streamlined without missing a beat, and our producers and VFX were incredible about rolling with the punches and giving us the tools we needed to hit our air dates. We successfully finished, delivered, and aired a fantastic show entirely during a pandemic. It definitely puts into perspective what we can achieve with technology, hard work, a little patience, and a great team!”