We recently sat down with Arlene Nelson, ASC to discuss her work with the Sony FX9 on Secrets of Playboy, a 10-part docuseries now on A&E Networks.

Jeff Berlin: I heard that you just got into the ASC? Congrats.

Arlene Nelson: Thank you. It's an exciting new chapter in my career. I’m thrilled to be able to contribute and give back to the community as well.

JB: You’ve had a varied career that crosses many genres, tell me about that.

AN: I’ve been fortunate in my career to have filmed narrative features and commercials, but non-fiction always draws me back in and has always been a passion of mine. It’s satisfying to dig deep into true stories and either reveal them for the first time or reveal additional dimensions to stories we think we know. The ultimate goal is to tell those stories in an engaging and cinematic way. Today there are so many opportunities within non-fiction to experiment, as well as filming recreations. I’ve gone in this direction because I find this type of hybrid filmmaking an exciting way to tell a story, to be able to sit with the person, hear their stories, their motivations, dig deep, and get into their psychology. To be able to combine non-fiction with stylized recreations is thrilling. 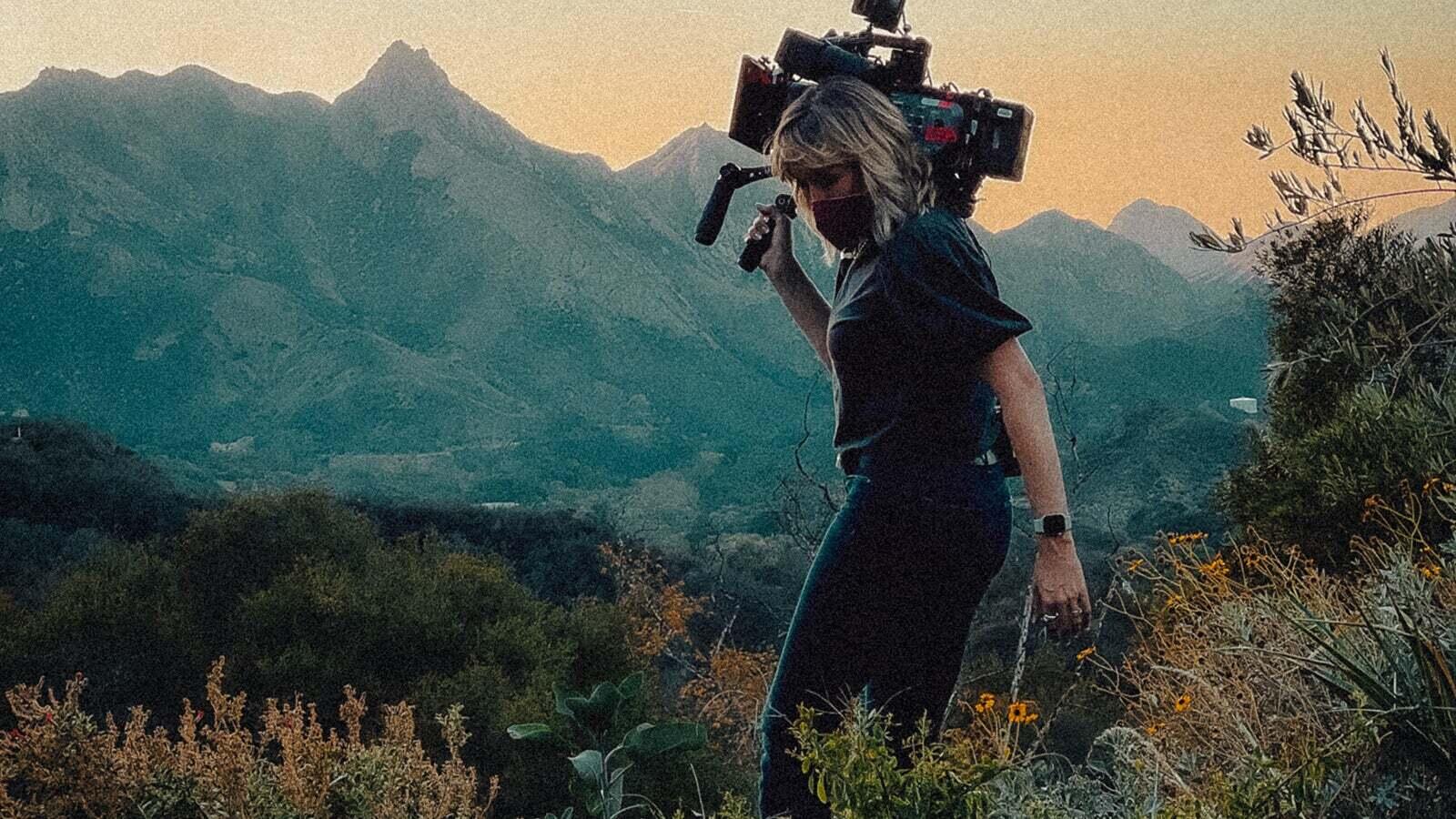 That's cool. For the Playboy documentary what were the main cameras that you used?

For the interviews, and verité scenes, A and B camera were Sony FX9s. The unique thing about the Playboy series is that, because of the pandemic, out of the 54 interviews we did, we ended up doing roughly 20 interviews remotely. One of the benefits of choosing the FX9 was the availability factor. The FX9 was readily available throughout the country so when we were shooting remotely, we were able to pick up an FX9. This way the look stays consistent throughout, even though we had around 18 additional–I call them guest DPs–because I was still DPing remotely. Each DP received the same lighting schematic and camera setup. I think when you watch the series as a whole it feels very cohesive and you don't realize that there were so many other guest DPs.

It does seem very cohesive. Did you do camera tests to land on the FX9 for this?

AN: Thank you. I first discovered the FX9 while I was shooting Ava DuVernay's Home Sweet Home, which is a documentary series on NBC. What I appreciated about the camera is the full frame capability, and the dual base ISO is so clean. It feels very immersive to of me. I did film tests for Home Sweet Home, landing on the FX9. We had eight FX9s on that series and two FX6s. When I got the call to co-direct and shoot Secrets of Playboy, I didn't do any tests because I knew it was the right camera for us.

In non-fiction, especially for verité, you don't always know what the lighting situation will be ahead of time so to have a high-speed ISO allows greater flexibility. This also enables you to use natural light and have it look as cinematic as possible without having to bring up the ambience. In documentary, since you don’t have the same degree of control as in other genres when you have a large crew supporting you, or an enormous toolbox full of grip and electric gear; with a dual base ISO and fast lenses, you can make things look natural. We primarily shot with rehoused Canon FD primes and Sigma Cine Primes.

AN: The quality of the Canon FD lenses that I particularly respond to is that they’re simultaneously creamy but sharp where it counts, like the eyes, for example. The Sigma Cine Primes are fast with a nice quality and a pretty bokeh. The Canon FDs are my favorites, though.

JB: Were all the interviews done with those lenses? Were you shipping them around?

AN: We looked into shipping the lenses around but it became unfeasible since one day we would be remotely shooting in Colorado and the next day Helsinki. 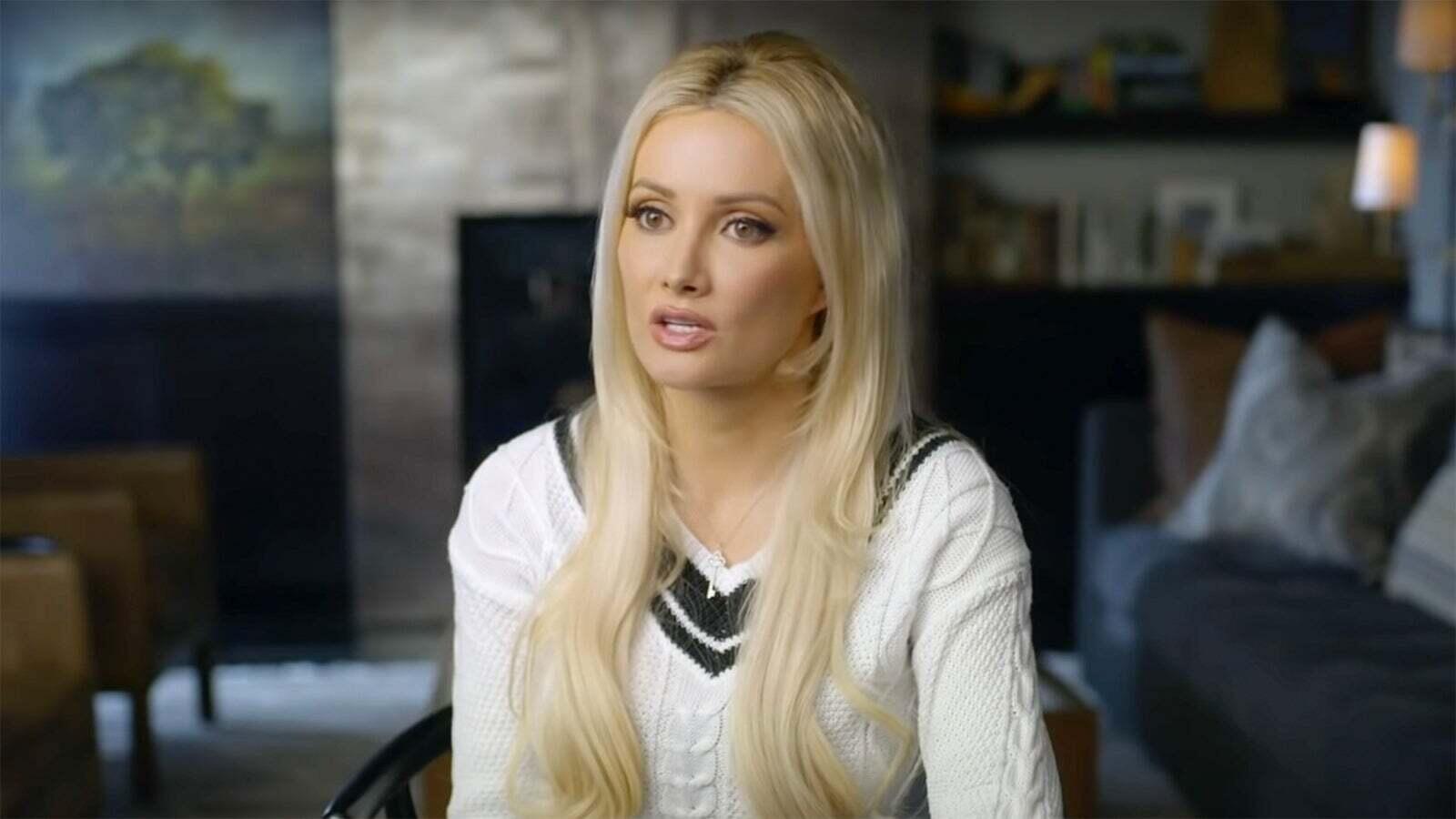 Frame of Holly Madison from Secrets of Playboy

JB: What about filtration? Let's focus on the Holly Madison interview because I think it’s really nicely shot; her skin looks great. It seemed like there was some filtration on that. And did you shoot Holly's interview in person?

AN: Yes. That was an in-person interview here in Silverlake. Holly’s interview was shot on the FX9 with Canon FD lenses and a 1/8 Tiffen Glimmerglass filter.

JB: How did you light that interview?

For a key light, I prefer a big soft source that I can dim down and flag off the subjects. And then, for the secret sauce of the lighting setup is what I do for the fill. I use an $8 gray linen sheet that I found at a thrift store. I find that when using white fill, it can give the interview an over-lit look, and then conversely, using black negative fill can make the fill too crunchy. By using that 18% gray sheet–it's just the right amount for skin tone.

I find, particularly with digital cinema, for skin tones, for interview setups, you want that gradation. You want the highest dynamic range. So gray is the way to go.

JB: That's awesome. Do you own the FX9s or rent them?

AN: I own two FX9s and one FX6. That's how much I appreciate them. The first time I got my hands on an FX9, put it on my shoulder and looked through the eye piece, the functionality and the form factor were very intuitive, and that's what you want when you're shooting verité. You don't want to be thinking too much about your gear. You want to stay present and, in the moment, and can do so by having the camera be an extension of oneself. When I put the FX9 on my shoulder, it becomes that extension. I can forget about all the technology and that's what you need when you're shooting verité. You need to let everything sort of melt away and just be in the moment. You don't want to be fussing around with all the gear. It was a natural fit for me.

AN: I like the little kiss it takes off the image. I don't want to say edge because I don’t want to sound like the FX9 has crispy video because I think the FX9 has a very pleasing image. It smooths out the skin and I like the halation with highlights outdoors. But the Glimmerglass filter doesn't impart a global diffusion to everything. It has a dimensionality to it that I really like, again, that creamy sharpness.

JB: Nice. So with the FX9, were you using the S-Cinetone color space for the interviews, or S-Log3?

AN: We were shooting in S-Log3 and S-Gamut3.Cine

JB: What about the internal NDs on the FX9? Did you find those helpful?

AN: Oh yes. Love it. And my operators appreciate the internal ND as well. The variable dial is fantastic, a game changer for verité–very important. Again, it's the kind of thing that allows one to intuitively operate and not be fussing around too much. Having that variable dial is key. 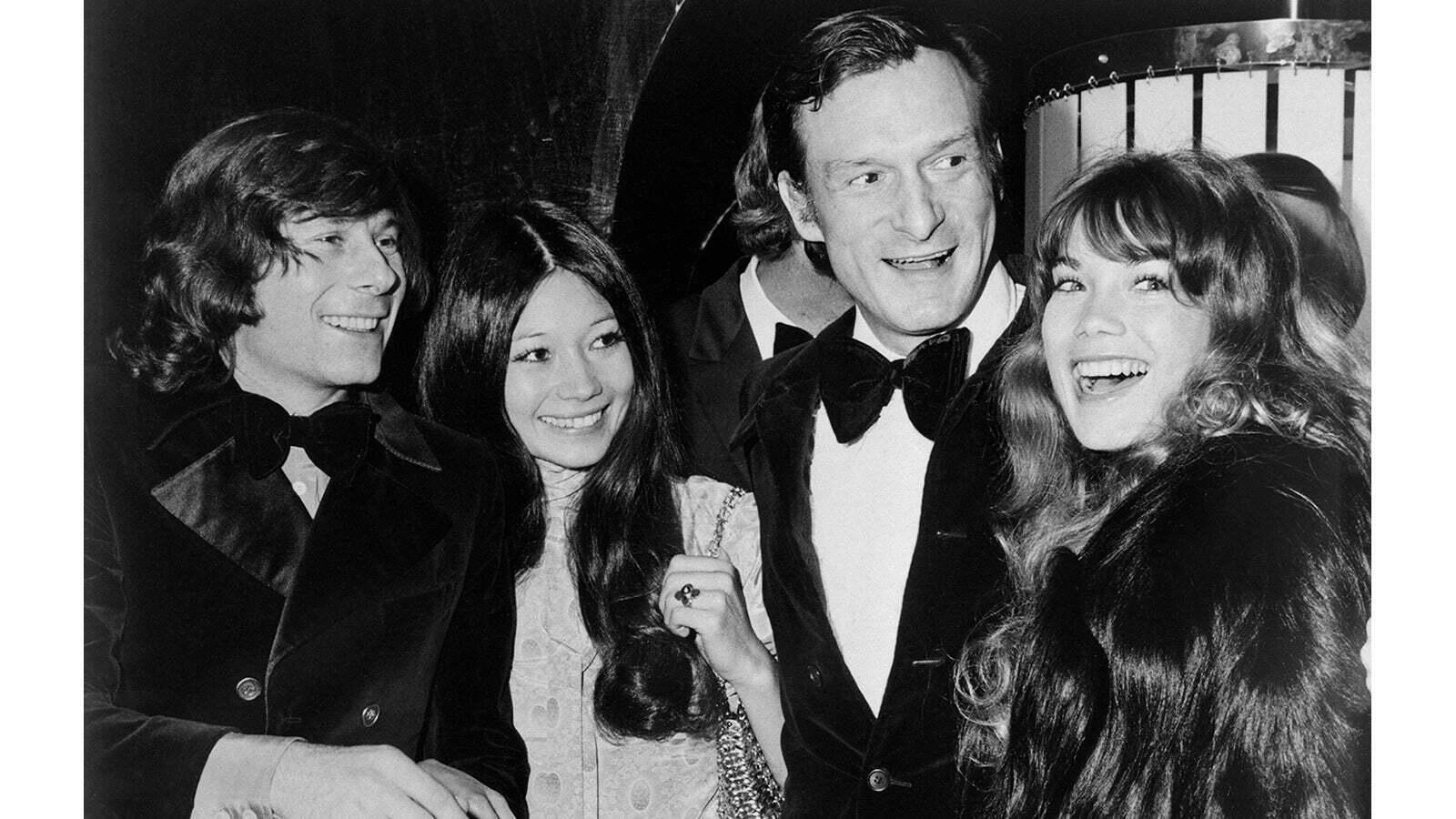 JB: How did you manage the DPs remotely?

AN: There is a process that begins with sending the DP’s the lighting schematic along with camera placement in relation to the subject.  Then there is the Zoom call along with a location scout to select the background for the interview. Then on the day we have a Zoom call with a wide view of the entire room so I can oversee lighting and camera placement. Once the EyeDirect is on the camera, we feed the Zoom call with the frame that both A and B cameras will record. Since I was the co-director, there were also times that I would conduct the interviews as well as light them.

JB: I think you really were successful because it was very consistent.

AN: Thank you. The tricky part was doing verité via Zoom. I would then have an AP or a PA on set calling me on a separate Zoom aiming their cameras at the DP and the subject, so in addition to seeing what the camera was recording, I could see the entire space.

JB: How many cameras were you shooting all the interviews with?

AN: Yes. The camera that was in the EyeDirect was the tight and then the one right next to it was the wide. And for going handheld, one thing that is key so that you can easily go from an interview on sticks to handheld is a VCT plate, that allows you to easily dismount the camera.

JB: Thanks so much, Arlene.