Back in early 2018 the UK-based Netflix series Sex Education became one of the first productions to use the Sony VENICE camera. After wrapping season 3 of the award-winning series, cinematographer Jamie Cairney is still impressed by the performance of Sony’s cinema camera.

Cairney was the lead DP on seasons 1 and 2 and originally chose the VENICE when dynamic range tests convinced him it would be the best camera to capture the rich color palette of the series. For season 3 Oli Russell took over as lead DP with Cairney providing 2nd unit work on a number of episodes. For Cairney the VENICE continues to deliver in unexpected ways. “As someone who learned on film and enjoys working with a film negative, the VENICE has been a rewarding digital camera to work with,” said Cairney. “Its digital negative is similar to film in its response and rarely falls apart when pushed or pulled.”

One of the most pivotal scenes in season 3 finds main characters Otis and Maeve at a petrol station at night. The set was built with lots of colors and highlights, but Cairney chose to shoot the most critical moment of the scene with an extreme contrast ratio and lots of shadow on the characters’ faces. “To the eye it was difficult to see detail in the shadows, and after that climactic moment Otis steps further into the dark while he thinks about what to do next. Some people might have added more fill to be safe, but I felt confident keeping it really dark because I knew the VENICE could deliver in that situation. Looking at it in post it was a really solid image, especially with the hot highlights in the background. With some cameras that kind of shot would just clamp down into a muddy mess, but there was still plenty of information there. The dynamic range of the camera really made the cinematic nature of that scene possible.” 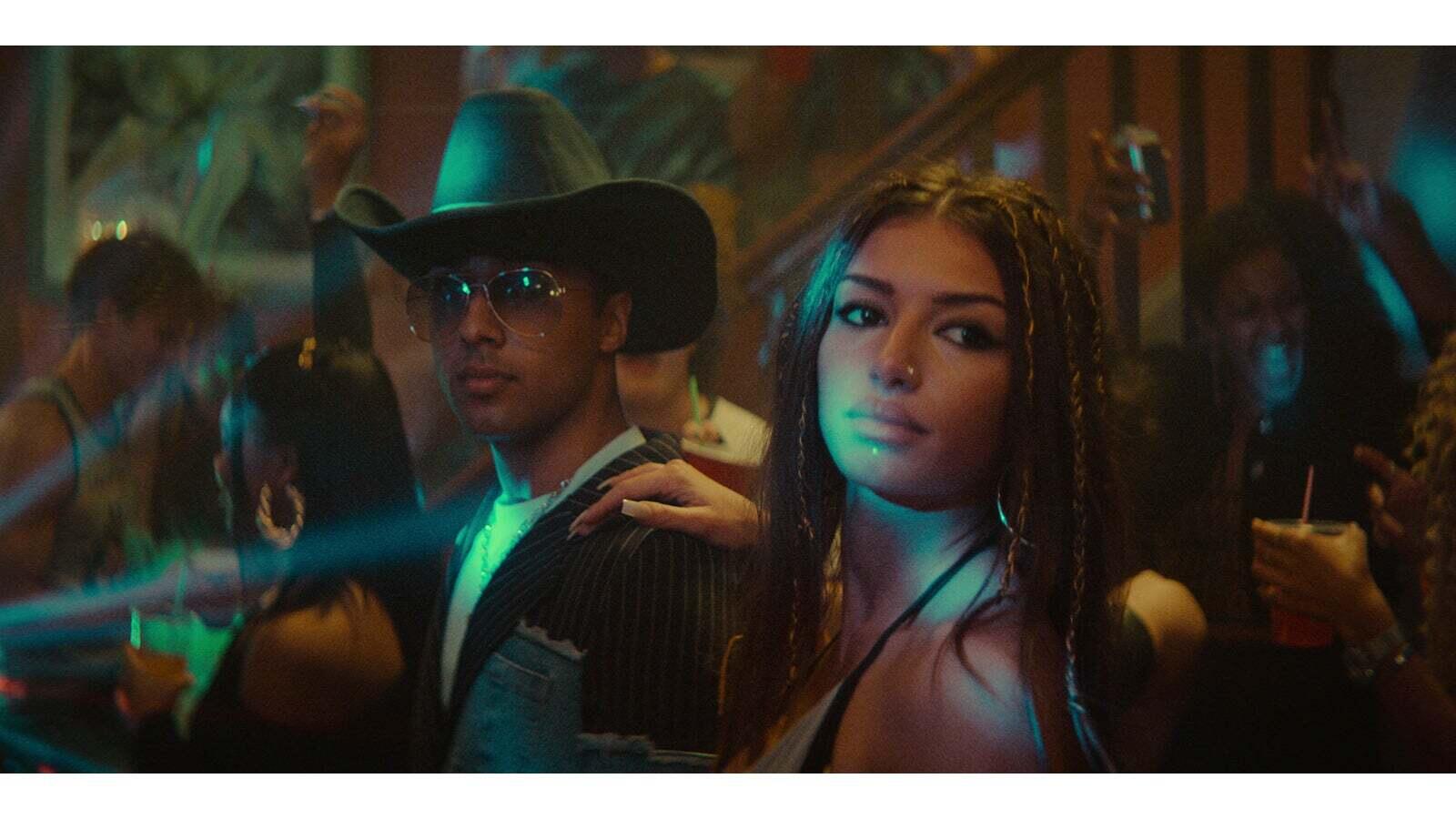 Cairney has always used the VENICE’s X-OCN ST codec for recording. “Obviously capturing a more manageable amount of data has a big impact on the production by dramatically reducing storage costs, and the DIT can better deal with two cameras running all day, but it never feels like a compromise because it’s got all the information I need for low light and VFX work.”

In season 2 the production started using green screen for all of the vehicle work. For season 3’s bus trip to France, Cairney shot the school bus scenes on a 360-degree green screen. Said Cairney, “We shot all those scenes at 2500 ISO and for the night green screen with just practical lighting inside the bus I underexposed a couple of stops and the image was absolutely fine. It’s a really interesting camera for low light in terms of underexposure and our London-based VFX company Dupe said it was some of the easiest stuff they’ve had to deal with.” 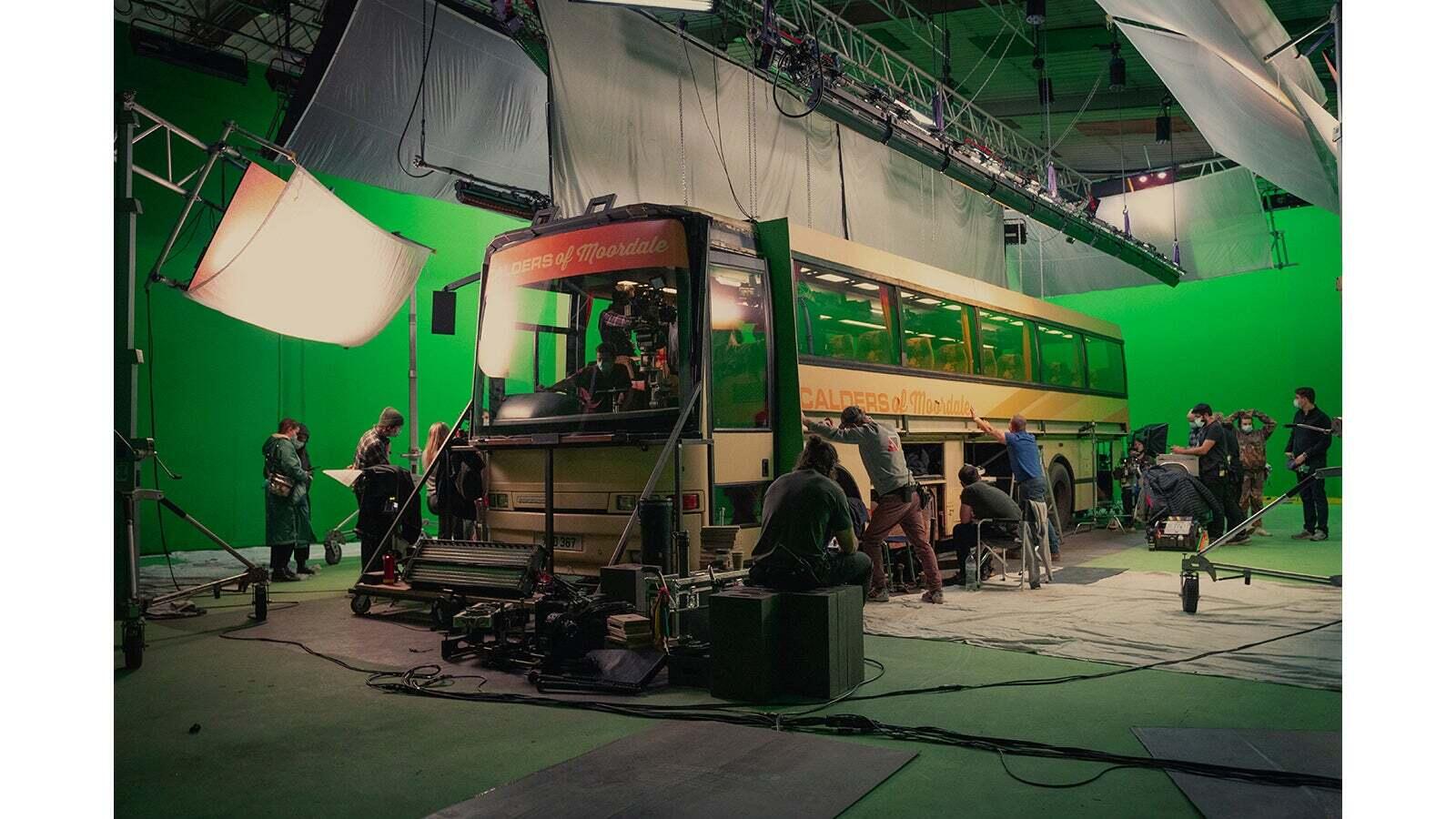 Shooting in a small space like a school bus can present challenges, but Cairney and his crew have used the VENICE Rialto Extension System continuously since its introduction. “For the whole bus trip we had one VENICE permanently configured with the Rialto,” said Cairney. “One of the signature elements of the show is to try and get the camera into crazy positions to do wide shots and the camera crew got it down to changing from normal camera mode to Rialto in under five minutes. In season 2 there is a lot of car work where we used the Rialto, including one shot where two of the characters are in the back of the police car and the camera pans a full 360 in the moving car, kind of an homage to the famous scene from Children of Men.” 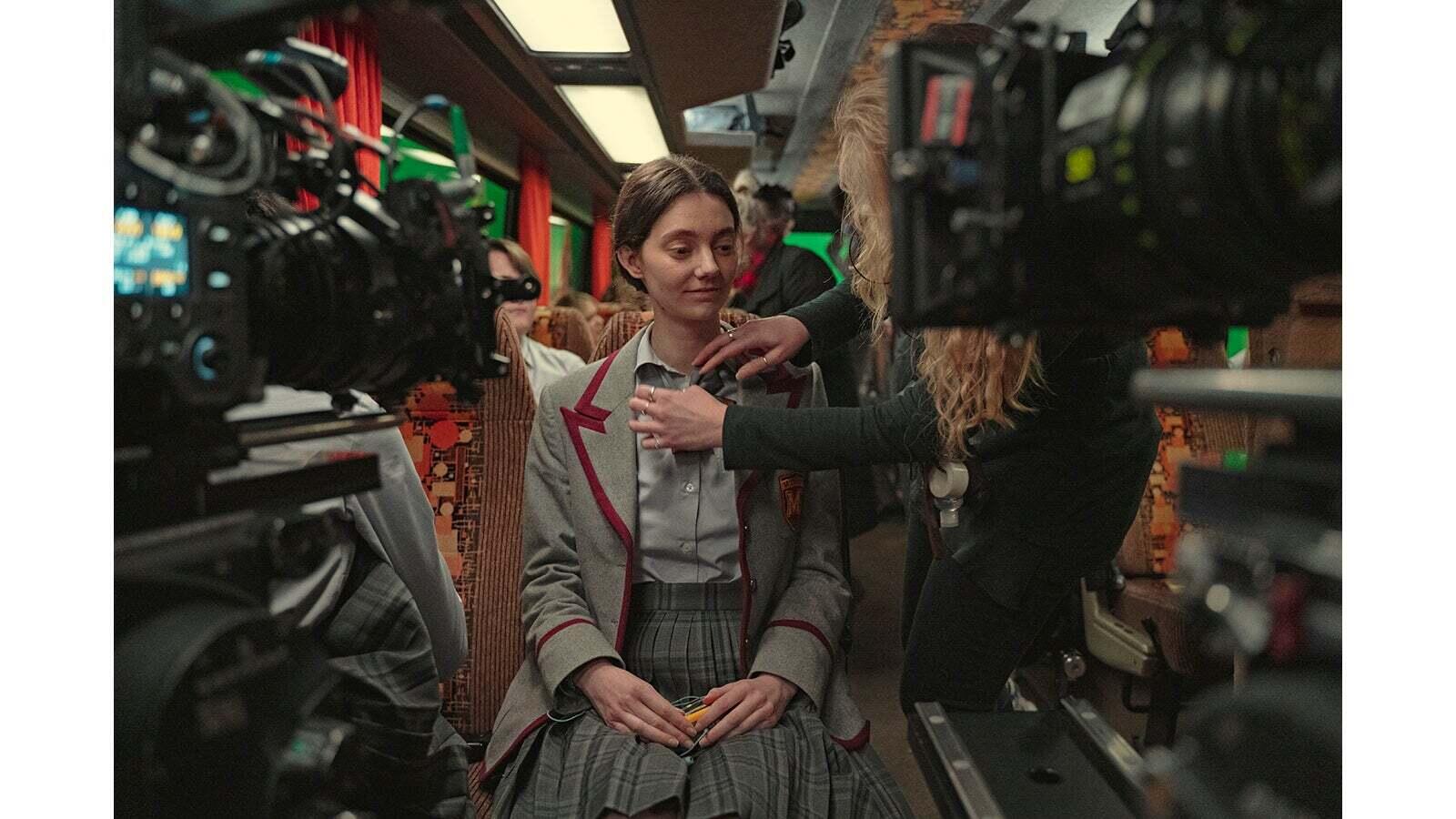 Since the beginning Sex Education has been shot in 4K Super35 mode with ARRI Master Prime lenses. “With this series I never felt the need to go large format and didn’t want to shoot anamorphic. At the time there weren’t as many large format lens options and we were sometimes shooting four cameras at a time so we needed a lot of lenses.” 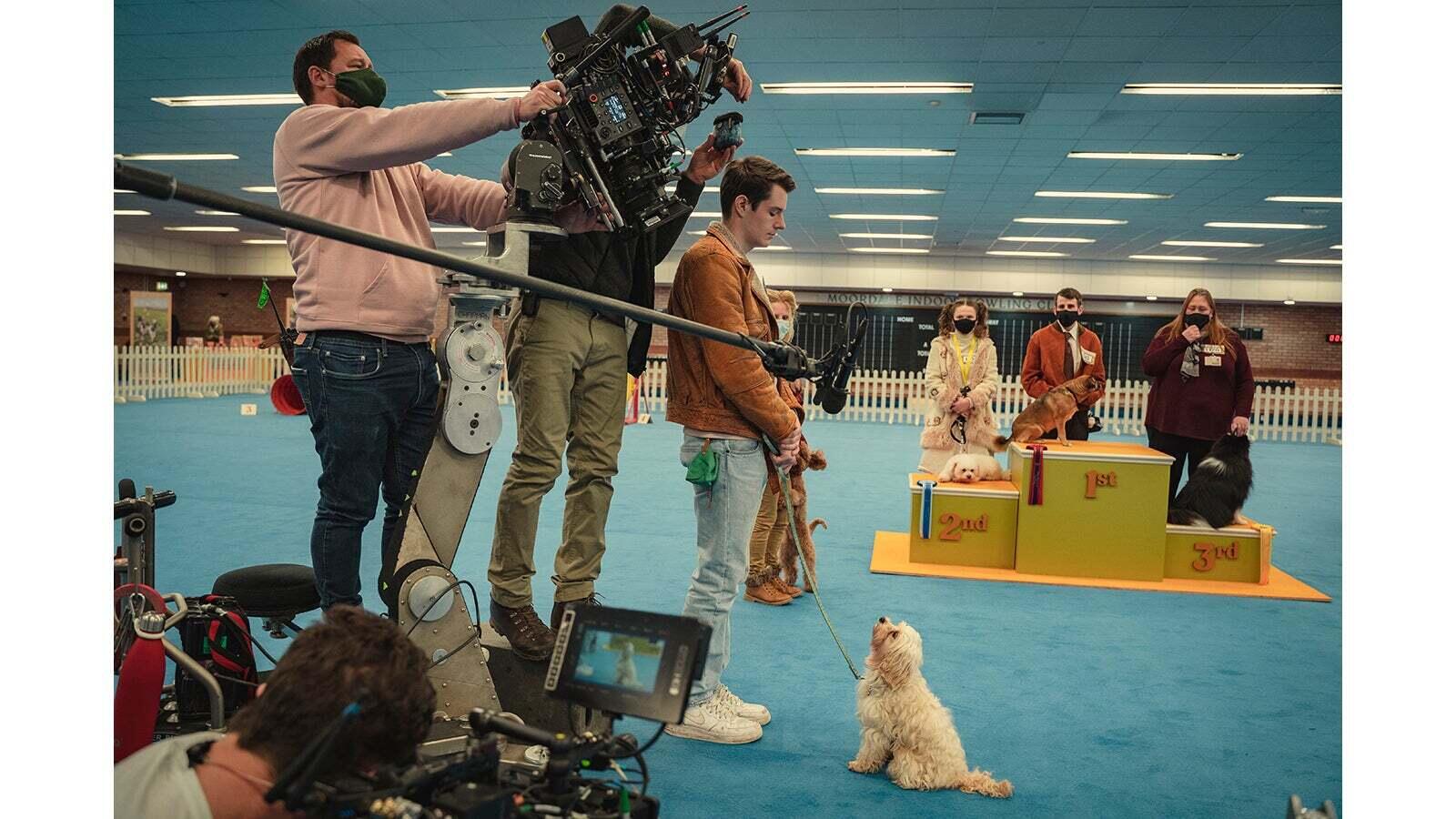 Another feature of the Sony VENICE that allows Cairney and his team to move quickly is the internal 8-stop ND filter system. “I’ve integrated that feature into how I work so much that it’s actually annoying to use another camera that might have only 3 ND options, or none at all. This is especially true in the UK where the weather changes so quickly. The internal NDs are worth their weight in gold and everyone around the camera loves that feature.” 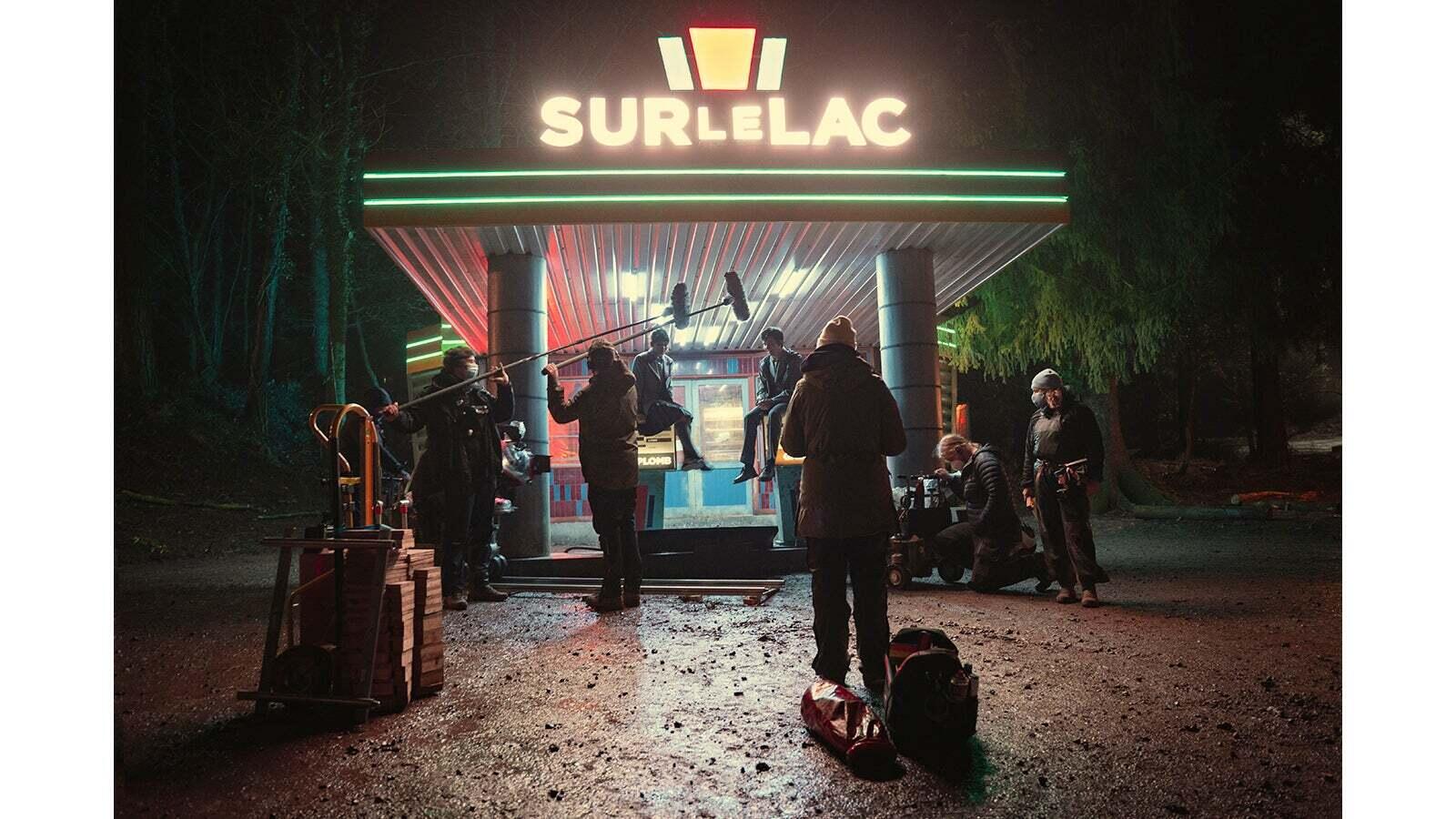 The VENICE camera has also helped the Steadicam work of camera operators Ilana Garrard and Will Lyte. “It has a good center of gravity,” said Cairney, “which makes it great for Steadicam and handheld work. For me it’s the only camera that just sits there perfectly balanced while other cameras tend to tip to the side or the front. It’s as close as it gets to holding a film camera.”

All three seasons of Sex Education are streaming now on Netfllix. 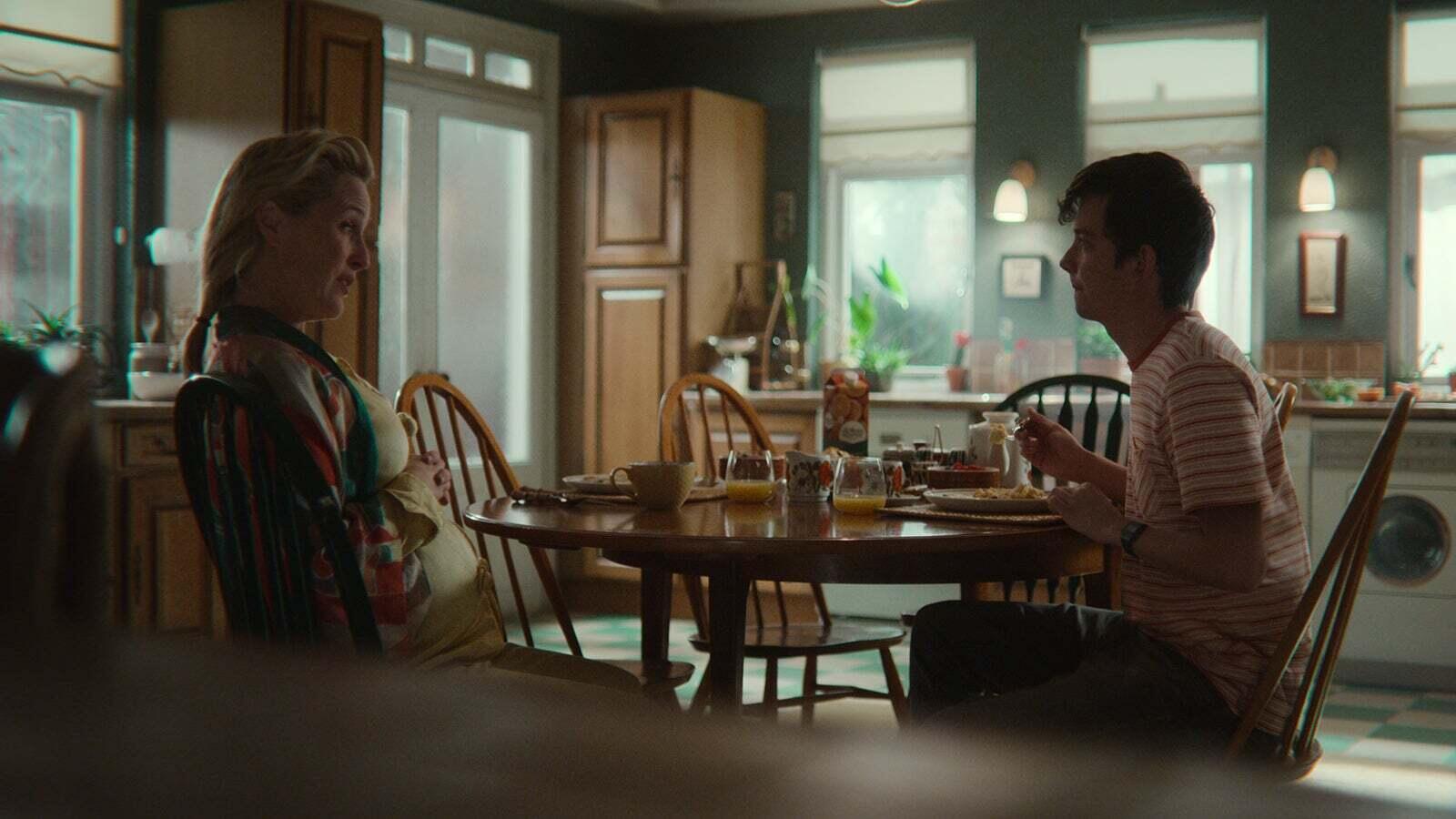