The cinematography of CODA is so well executed, it’s practically invisible.

There’s no bigger award in all the land than the Oscar for Best Picture. How do you shoot the best movie of the year?

Huidobro’s style often oozes cinematic flair. But for the unique storytelling in CODA, she wanted the opposite — she wanted the camera to be invisible. As a DP, it can be one of the hardest styles to nail.

Huidobro used the Sony VENICE to get it right. She created naturalistic lighting with its high ISO capability, and composed portraits with creamy skin tones. She also used the camera to create a distinct cinematic language for the film.

Meaning? For starters, no close-ups.

A child of deaf adults speaks with their hands as much as their voice. If you are speaking ASL (American Sign Language), close-ups on faces are irrelevant. It’s one of the many ways that Huidobro’s cinematography creates some of the most powerful storytelling of the year.

Oakley Anderson-Moore: You’ve shot almost all of Siân Heder’s films to date, including her very first short film when you met at AFI. What makes the two of you such successful collaborators?

Paula Huidobro: I think we're good collaborators because Siân's a great communicator, and she loves to prepare. She loves to imagine what it's going to be like in pre-production. I think she's also very visual, and she has great instincts. She's a strong leader as well, so it's always fun with Siân.

OAM: When Siân approached you about CODA, did you know right away that you would shoot on the Sony VENICE?

PH: We had worked on Little America, the Apple TV+ show, right before CODA. We were shooting on the Sony Venice and I loved the experience. I love the large format lenses. We thought that for CODA, there were all these super-wide shots on the ocean, and nature was quite important. Capturing the beauty of Gloucester, and the expanse, was important. So I wanted something that would have the clarity of the image, but also be sort of pictorial. I also love the portraits, and how everything else falls out of focus when you're close to the actors. And I love the color recognition, and I also really like the high ISO, which worked really well.

OAM: Cinematographers often talk about “listening” to actors in a scene to influence their framing. With CODA, the main characters are speaking ASL, so it’s completely different. What was your strategy?

PH: It was an interesting process. We had translators, and so it would take a little bit of time for Siân to communicate to the actors. And then, when the actors would act, we would have translators relaying what the dialogue was for some timing of movement. So it took a little bit of adjustment.

Specifically for the framing, the actors used their hands to communicate. So you can't rely on closeups like you would with speaking actors. That was a big adjustment. Also, they have to be able to look at each other. Actors cannot say a line as they're walking away. So it's just a different way of blocking scenes and capturing them. 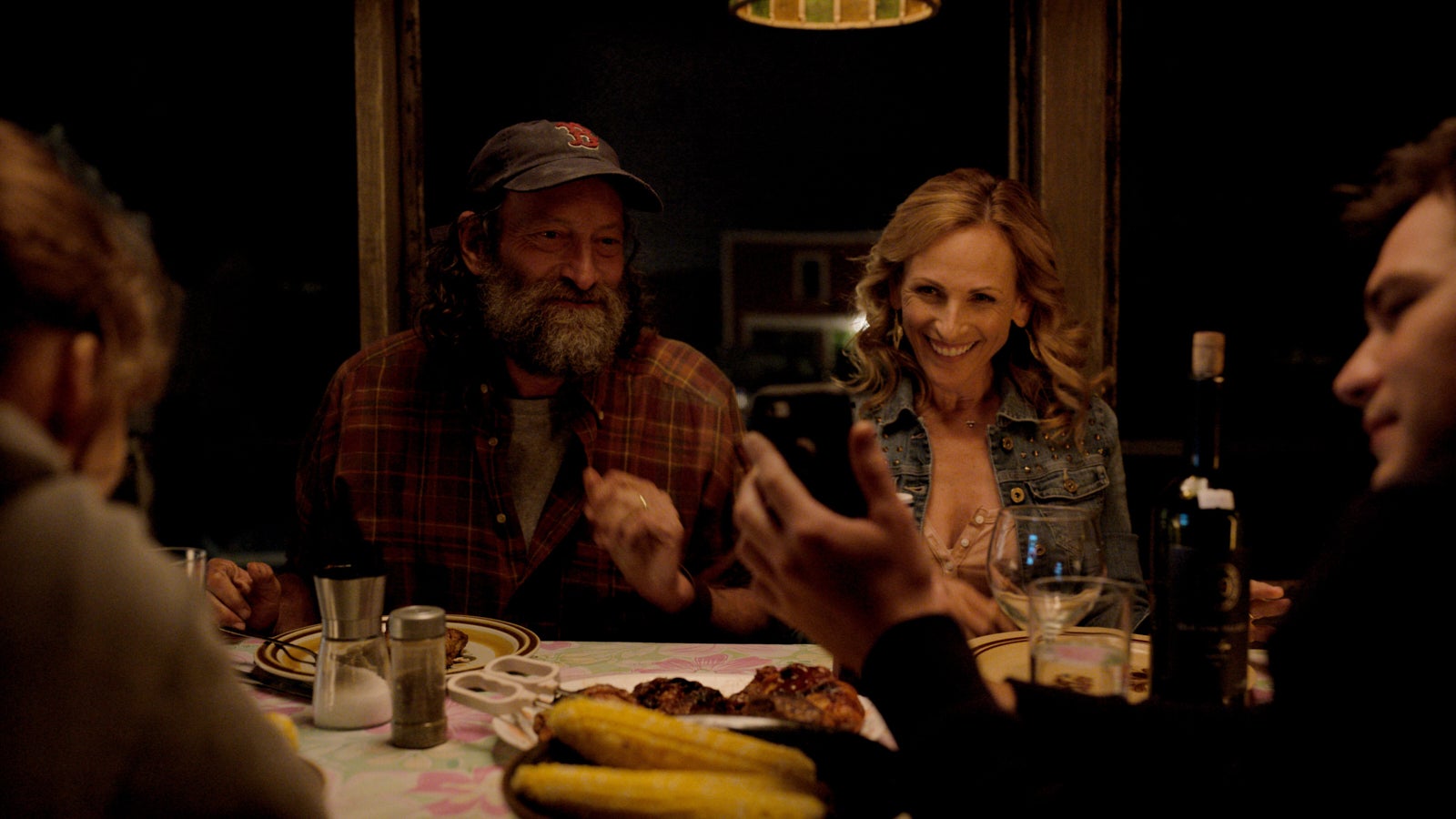 OAM: That’s why there are almost no close-ups in CODA – you developed a whole new idea of coverage. What lenses did you end up using with that in mind?

PH: We lived a lot on the 40mm. I forget all of the ones we used with the VENICE, but they were ARRI Signature Primes, which are very beautiful.

OAM: CODA was adapted from a French film set on a farm. Here you were in the fishing town of Gloucester, Massachusetts. What was your strategy to capture the color palettes there?

PH: I think I started to learn Gloucester through Sian’s eyes. She’s from Boston, and she would go to Gloucester in the summer as a child, so she was very familiar with the areas and the quarries. The community was very involved in the film. So we would go to the local bars and hang out with local people. We experienced the city a little bit like the characters would. I think sometimes it helps for me to be a foreigner, just to stop and see things differently. And try to have a point of view, and a way of capturing a new place.

OAM: That’s a wonderful approach. I know you’re originally from Mexico City. Is there something about that background that has influenced your cinematography?

PH: Yes, I think in Mexico City there's access to a lot of culture. I took photography classes in a Museum of Modern Art, and studied film history as a teenager. There's an amazing National Cinematheque, where you go and watch film retrospectives. It was inspiring to grow up in Mexico City and be surrounded by people who love culture.

OAM: The lighting in CODA is very nuanced. For example, when Ruby is falling in love, the sunlight is muted through the glow of yellow curtains inside her room. For a tumultuous family dinner where the future isn’t bright, we’ve got only a few glowing practicals. How did you decide to light the film?

PH: We wanted it to be very naturalistic, and real, and grounded. I wanted the lighting, and the approach, to not call attention to itself, and to let the story speak for itself. The movie had so many things going: nature, the coming of age story, and the family story. The camera had to be a little more reserved and natural.

Also, because the house was a natural house, and it was falling down, there were limits to the amount of people that could go on the second floor, and considering the equipment we could use. So I think that high ISO on the VENICE really helped to work with smaller, almost practicals, and stuff coming through the windows. So it was a little bit more real. 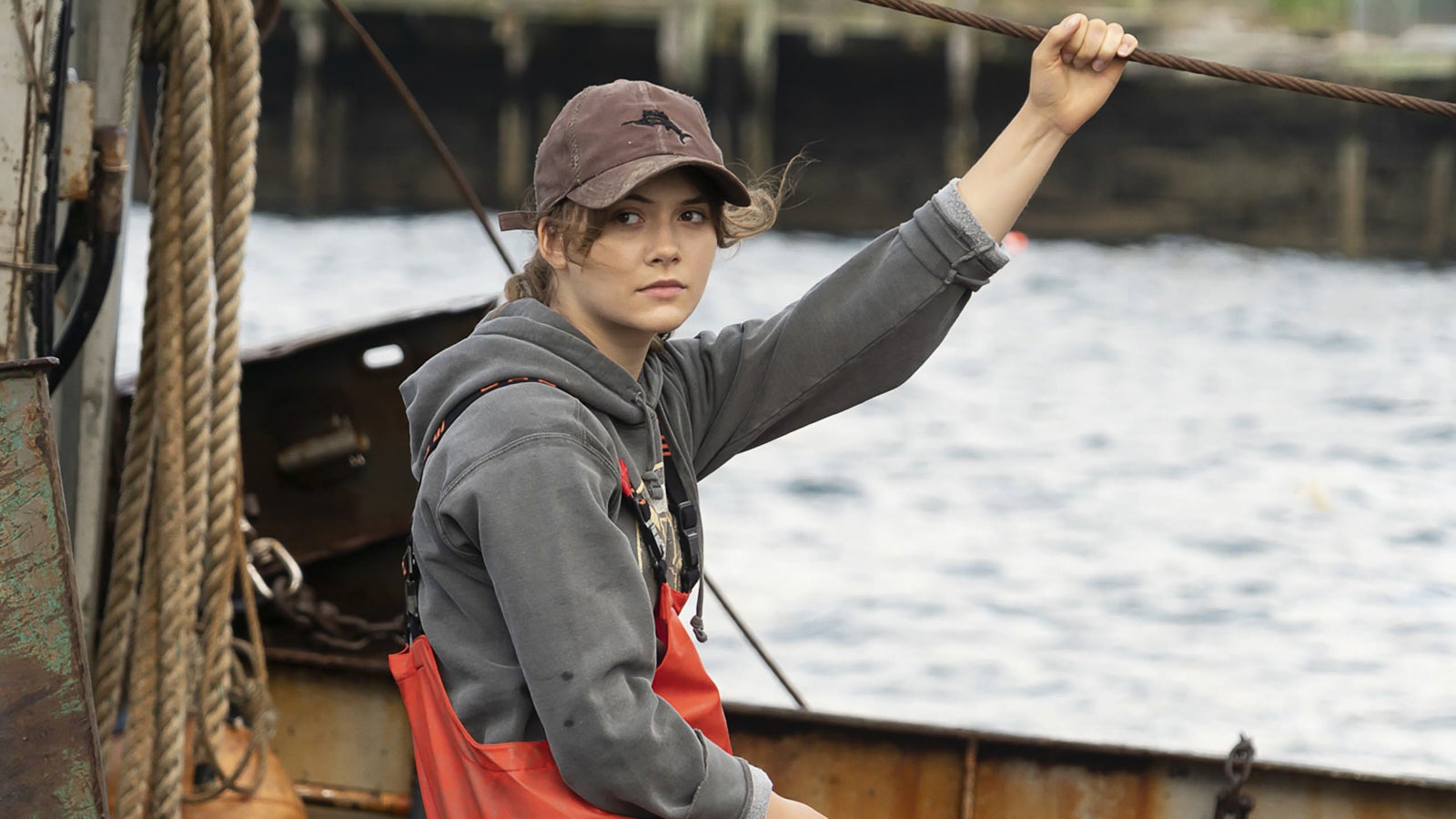 OAM: Is embracing those limitations a philosophy that you employ in general as a DP?

PH: I think every movie is different, and I love to try different things. And to work with different directors, and different scripts, and stories. I think some other work, like Physical for Apple, that was a lot more stylized and the camera would get noticed. There was a lot more movement, and more subjective sculpting her world through camera movement. Whereas CODA was a little bit more objective. I think it's interesting to be able to do different styles, and sometimes it's not all about flashy lighting or flashy camera work. I think it's whatever serves the story better

OAM: What was your approach for skin tones in the film?

PH: Gloucester is a very uniform kind of town. I guess everyone was mostly white. The skin tones on the Sony VENICE are quite beautiful. I don't know the right word, creamy, I guess. It’s not the right word, but something like that. There's so much information that you can also correct in post, like trying to match skin tone, when people are different colors.

OAM: Speaking of the many different elements in CODA, shooting on the water is one more example. Was that challenging?

PH: Oh yes, it was more complicated just because of the logistics of filming on the ocean. On the small boat, we only had a limited amount of crew that could be there. We could only fish once, and we had to be turning distance away from the shore. And the fish could only be alive for a couple of hours after being caught. So it was all quite real, and the actors learned how to fish. We actually went on a boat a couple of times just to be very familiar with the whole process.

For those sequences, we actually did shot list, and were pretty clear on what we needed. We thought the best way of achieving that was being handheld on the boat with two cameras. For the more open landscape shots, and capturing the boat, we had another camera boat with a crane and a remote head where we would do all the wider stuff.

OAM: Are you a DP who likes to do handheld work yourself, or do you prefer to another operator?

PH: Sometimes for handheld, I do prefer doing it myself. Like when it's a more intimate story, or when it's discovering the shots, or if it's about the chemistry with the actors on the camera. I really love operating. But oftentimes, in television and film where I'm doing two cameras, it's just a little bit much. I prefer to watch and be a little bit more removed, just to be able to see the work of both cameras, and also communicate with the director.

For the scenes on the water, we had two operators, and I was watching on a small monitor. If you want to look for one where I operated, there's a scene where Ruby and Miles are talking, the first time they're getting to know each other. I wanted to operate that one, just to be closer, and more intimate, and more fluid.

OAM: CODA is a great story with really powerful storytelling. And of course, it just won the biggest possible award you can win as a film. This is such an exciting journey. Do you have advice for other DP's, based on what you've learned getting to this point?

PH: You just have to keep working. Sometimes it may not be your favorite project, but you are always learning something. You are meeting new people, and you are always practicing. I think it's just about spending the time, and eventually it happens. 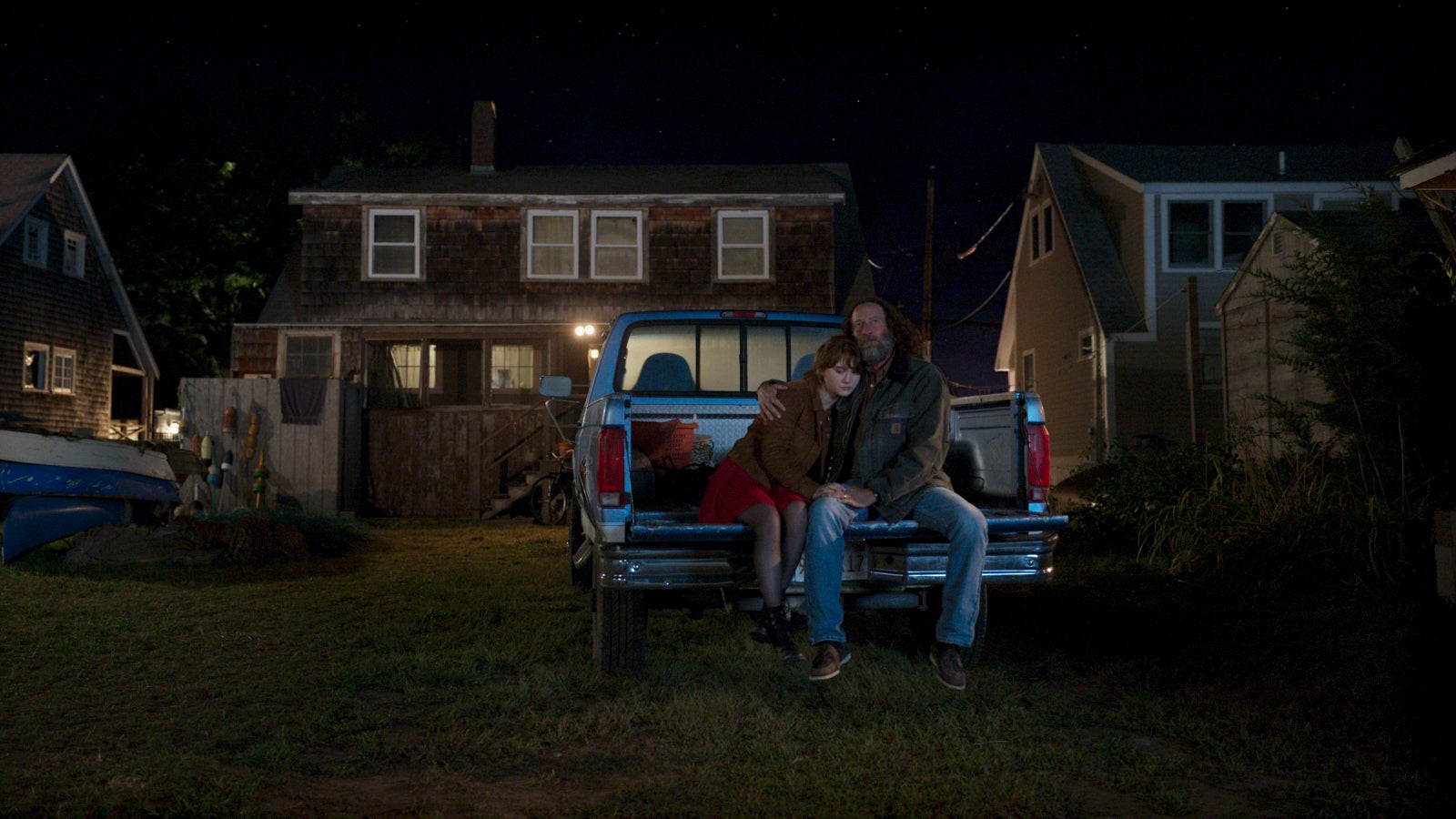