The Cinematographer and Scene Blocking 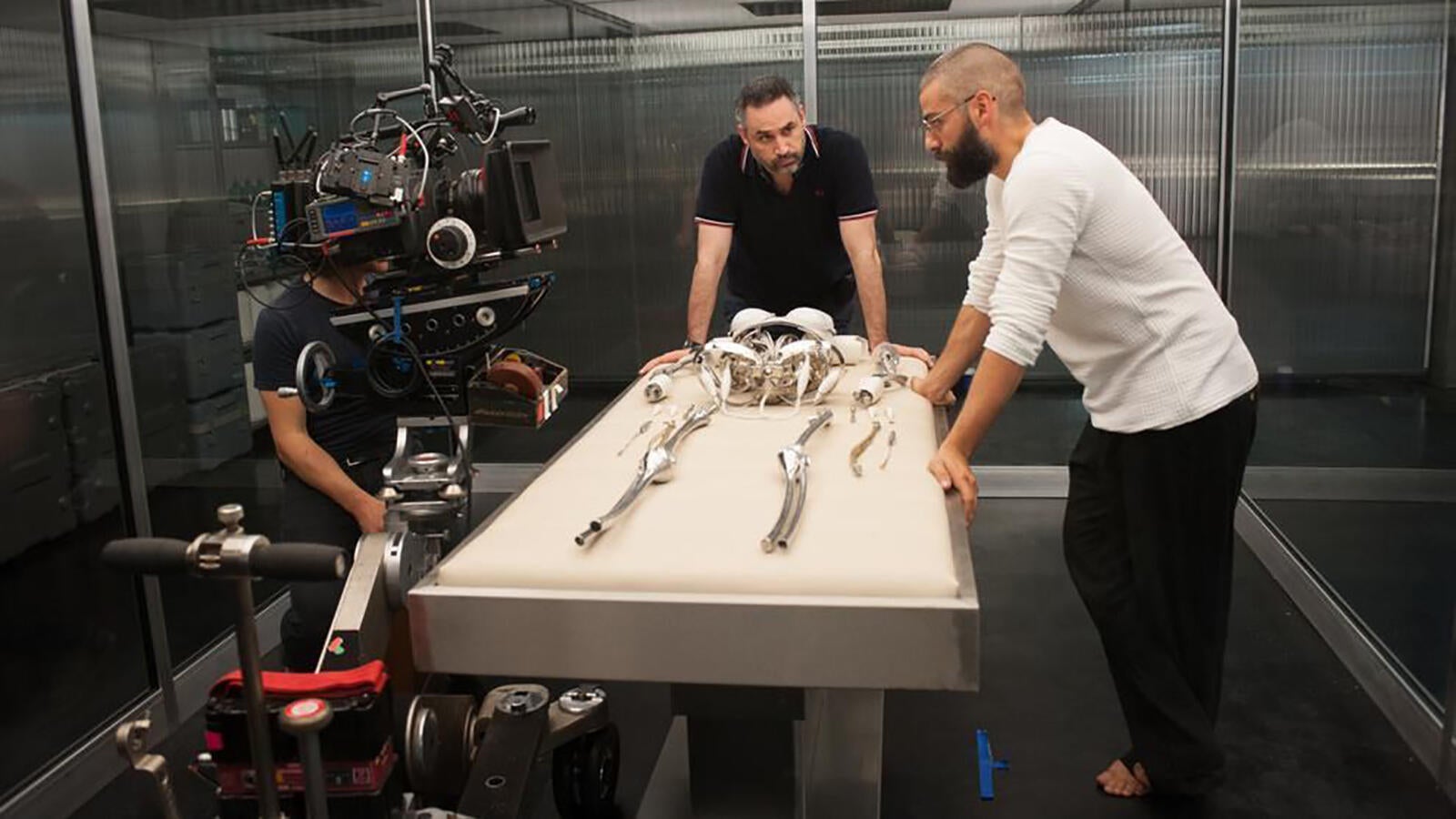 Blocking is the process by which filmmakers determine how they will photograph a scene in a film or TV show and how they will construct its elements in anticipation of editing. It is a combination of positioning actors and/or objects and positioning a camera or multiple cameras.

The difference between theatre and moviemaking is most pronounced when one considers the impact that blocking has on the audience. In theatre, the actors can be moved to different positions on a stage but their relationship to the audience remains essentially the same. It is very different with film. The filmmaker can determine what their audience sees, and how they will see it. It might be a close-up or a wide shot. The actors might be on their own in a single shot, or in a group shot. The filmmaker might only show an actor’s face in profile, or a full face with the eyes large and clearly visible, or the actor’s whole body but in the far distance of a wide shot and barely seen by the audience. These decisions cannot be, and should not be, arbitrary; they will determine the audience's experience of the character and of the drama. These decisions are all part of blocking.

Some directors believe that film is only about storytelling and to them the position of the camera and the relationship of the actor to the camera is almost incidental. These directors are less likely to plan their blocking in great detail. They might even be inclined to allow the actors to move to wherever they want. These directors believe that the story is all told in dialogue, so they are only concerned with making sure that the dialogue is “covered.” Covered means that each word of dialogue is filmed in both a wide shot (generally) and a close-up (almost always) with the speaking character clearly visible. The editor then needs only to cut together a string of shots, each in its turn covering part of the dialogue, until all the dialogue that was in the script is in this assembly. This is workmanlike but doesn't seem to me to make the best use of the medium.

Other directors carefully plan out every shot and might even storyboard a whole sequence or an entire film. The Coen brothers, for example, storyboard their entire movies and have been known to present the mounted storyboards to the crew so that everyone on set knows the exact frames and compositions. Still other directors will work privately with their actors just before the filming of a sequence, often accompanied by the cinematographer, the assistant director and the continuity person. This group will work together to figure out the coverage. As this is so typical of many shoots, it’s worth more careful examination here; it’s called, the blocking, or the blocking rehearsal.

When the blocking rehearsal starts, the other members of the crew are often given a break. There is a reason for this; the hope is the actors will be able to communicate openly with the director and not be inhibited as they might be with many crew members watching. 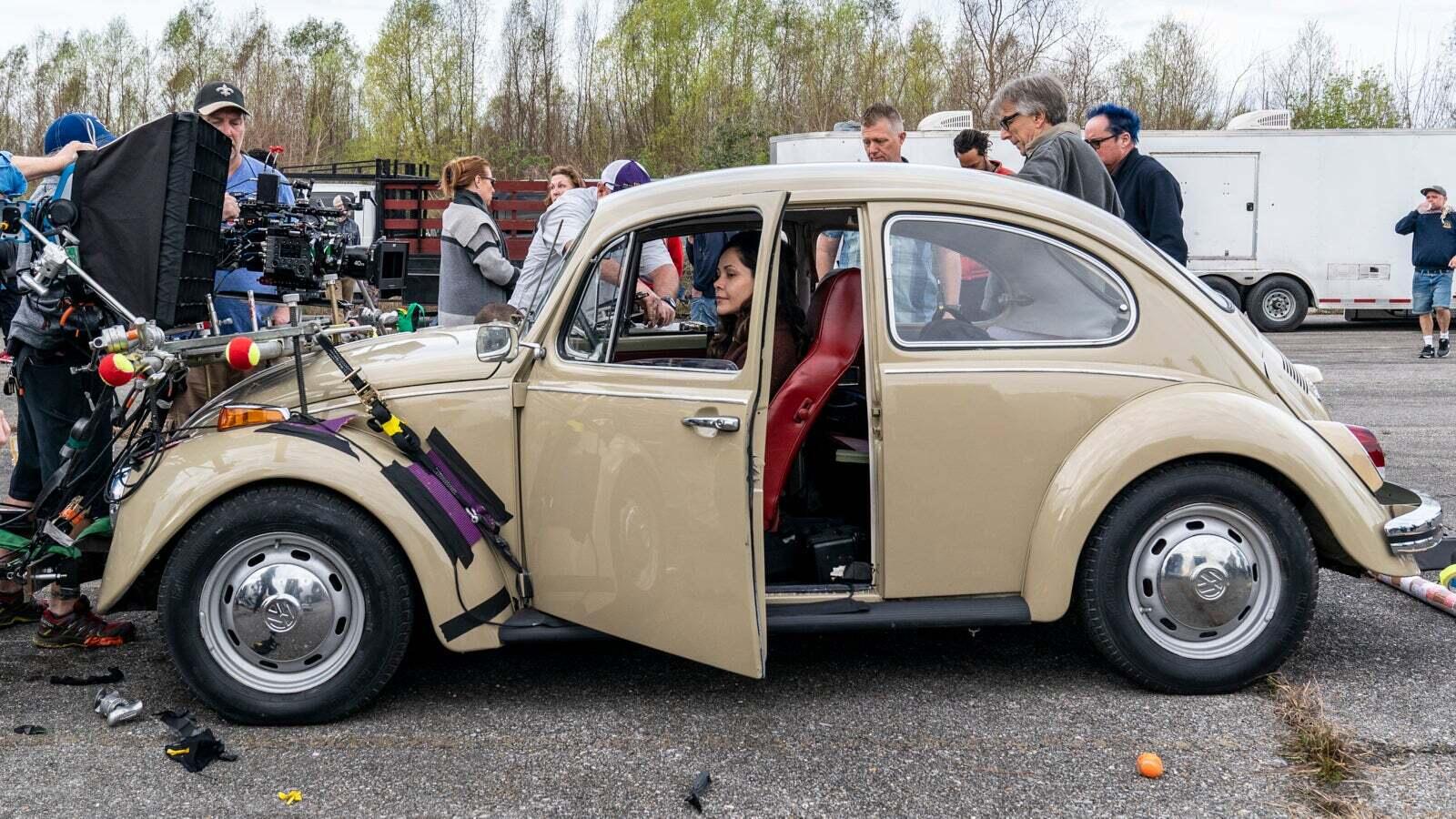 Stand-in at work on the set of "Your Honor"

The shooting day - the steps before blocking and the steps after

This creative dynamic between the participants is very important. A director will want their actors to “own” their characters, so despite what a director’s wishes may be, and despite what interesting shots the DP might contrive, the actors have to feel comfortable in their movements and positioning. Sadly, sometimes, directors who are more comfortable with the technology than with the actors, will focus exclusively on the shot, not properly engage with the actors and thereby subvert performance. Actors need a director’s input. If the actor wants to move to a particular place and is told they can’t, they will reasonably want to know why. If it’s for the shot, and if the shot makes the moment stronger, they might get on-board. They just need it explained to them. Most actors are not filmmakers and what may seem natural and organic to them may not create the greatest impact on screen. It’s hard for actors to understand this as they are rightfully absorbed in the character’s arc and interior life. A large part of directing (and being a cinematographer) involves leadership, and good leadership means that collaborators feel heard and feel respected; respected enough to warrant an explanation. Conversely, sometimes the actor’s instincts and understanding of their craft can lead them in a direction which makes the scene better. The director has to find the right balance.

I should note here that even within this general approach there are different techniques that directors use for blocking rehearsals. My own technique is to do my first blocking with no one except the actors. I used to be a DP, so maybe this approach is easier for me than others, so while I recognize how essential it is to have a cinematographer watching the blocking and be thinking about lighting and frame, I want my exchanges with the actors to be in complete privacy. Other directors go completely the other way and even like to have the camera operator there in addition to the DP and also the boom operator, the sound recordist, the property master, perhaps a stunt coordinator when appropriate, the gaffer to consider lighting and the key grip to think about the movement of the camera. There are some advantages to this approach; all the technical details can be worked out during the blocking with many skilled minds contributing. It takes the attention away from performance, but it has some elements of a greater efficiency. 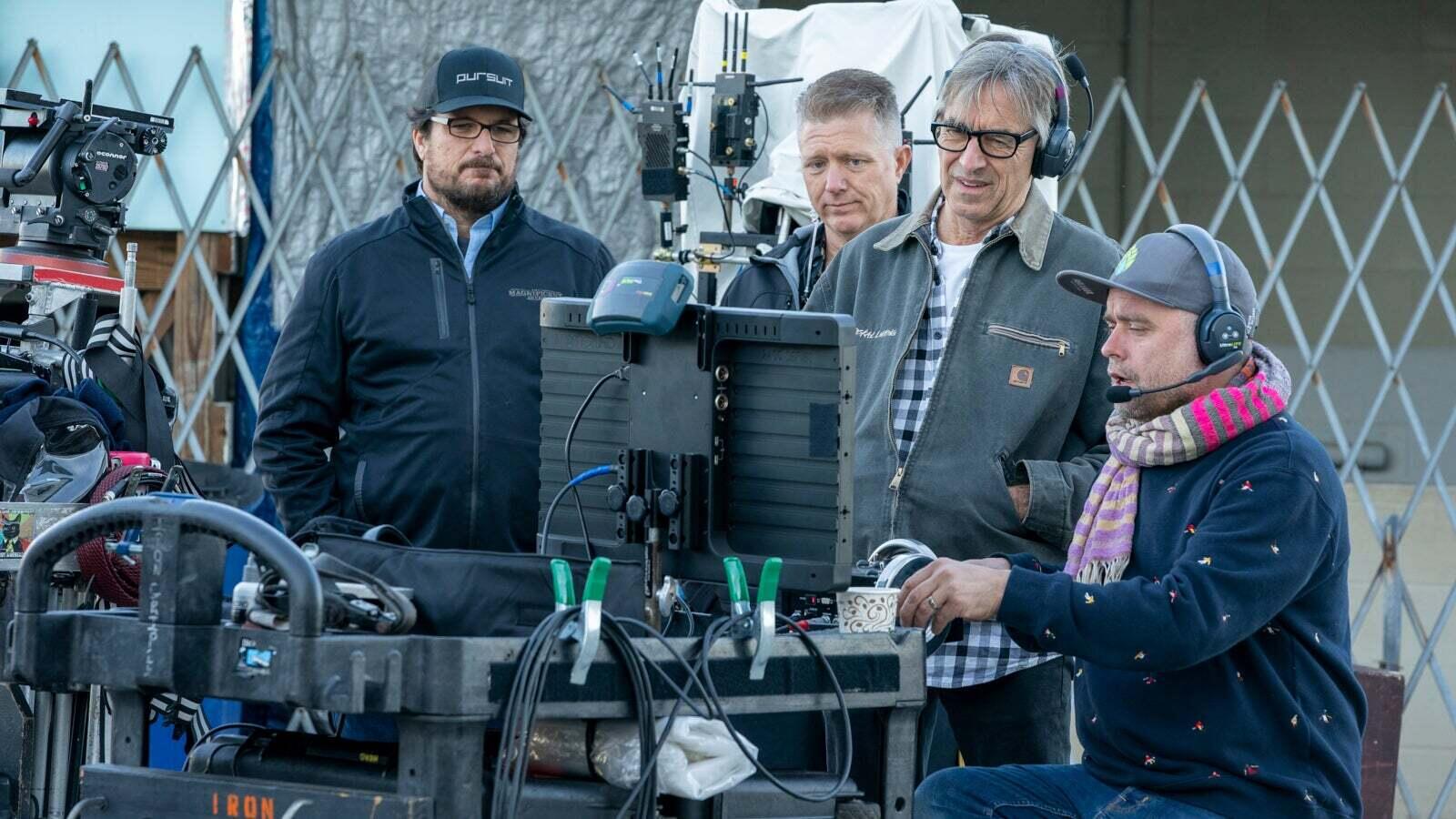 DP John Lindley, ASC on the set of "Your Honor"

Whichever technique is used, once the blocking has been determined, the entire crew is invited back to the set. The agreed blocking is then shown to the crew in what is called a “stopping rehearsal.”  A stopping rehearsal works like this: the actors will begin their movements, (as has been previously determined), but then will stop, so that the assistant camera person can “mark” the actors' various positions with either tape or sandbags. The tape will be different colors to represent the different actors. These marks are very important for both lighting and for camera focus; the lighting crew has to know what they are lighting and the focus puller has to know how far the subjects will be from the lenses so they can maintain focus.

On some low-budget films, the stand-ins aren’t always carefully selected; it’s too time-consuming and too expensive to have a matching stand-in for each principal actor. This can be difficult. A dark-haired stand-in for example, will look different with a rim-light or backlight than will a blond actor. If the lighting is wrong for the actor, some relighting will be needed which means time is lost. Also, if a DP lights for a stand-in who is shorter or taller than the actor, relighting will again be necessary. Unfortunately, production economies mean that stand-ins sometimes have to be “all-purpose,” representing several different actors in several different scenes, understandable, but as a result there is an impact on time and lighting quality. So it’s best to get a full complement of stand-ins if you can afford them as they will save you a lot of time and bother later. It’s an important fight for a DP to win if they can.