From high-profile stadium concerts and primetime television specials, the Sony FR7 has been one of the most in-demand new cameras to complement cinematic productions even before its launch. As the world's first Pan-Tilt-Zoom (PTZ) camera with a full-frame sensor, interchangeable lenses, and remote-control capability, the camera has opened doors that would normally be reserved for cinema cameras.

Recently, New York-based production company TV Boy tested the FR7 in one of the most demanding scenarios for a camera – that of a weeklong multicam reality TV show. TV Boy has worked on programs for Discovery Channel and Food Network and their crew has used standard PTZ cameras on their shoots before. They decided to see how the FR7 would work within their production workflow and in the taxing reality show environment.

"Whether it's a cooking competition or a hidden camera show, we're always trying to make our shows look better, but you're handcuffed by the technology of a traditional PTZ," says Andrew Lane, TV Boy's Cofounder.

After getting an opportunity to see the new Sony FR7, Lane and his team felt confident enough to test it on a week-long production for a network cooking competition that will air in the spring. TV Boy's Director of Photography Mike Steele describes the FR7 with one word: gamechanger.

He explains, "It's a gamechanger. The image alone is so much cleaner because it's a full-frame cinema sensor. And having all those FX6 and FX3 menu options, like shooting at a high ISO, is huge."

Steele and the crew incorporated three Sony FR7s onto their set. He explains, "The show that we used the cameras on is primarily shot on the Sony FX9. We've been using a competitor’s PTZ, and it was really tough to get that camera to match the footage from the FX9, especially with the LOG footage. With the FR7, we have a camera that matches the FX9, and one that offers all the benefits of a traditional PTZ - like being mounted in hard-to-reach places." 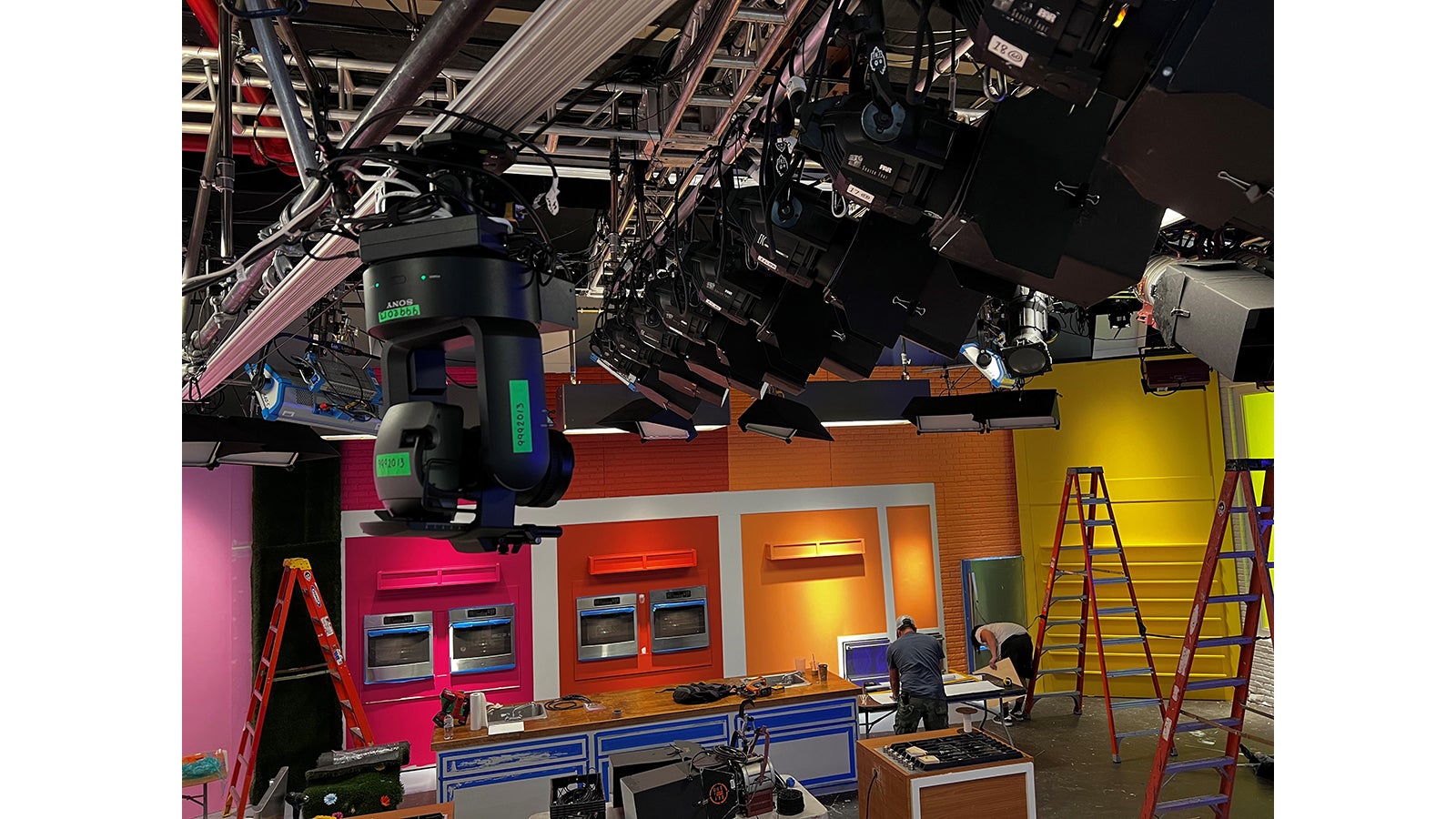 For the reality cooking show competition, TV Boy placed all three cameras in an underslung position in the grid on motorized sliders. Two of the FR7s were set up to get cross singles of the judges on a raised platform above the main set while the third was set up as a wide shot, as well as an overhead of food inserts during the “judging and tasting” rounds. Each FR7 was equipped with the Sony 28-135mm zoom lens. For Steele, the opportunity to shoot full-frame or Super 35 to match the FX9 was very enticing.

"The full frame look is very nice on that camera, and the autofocus was amazing," says Steele. "It was very responsive and the controller was very intuitive. I used the iPad to touch focus and customized the IP500 remote controller to slow down the speed of the autofocus because I wanted more subtle moves."

Steele was also impressed with the near-instantaneous focus control and the responsiveness of the PTZ. The cinema controls also gave the production some creative flexibility.

"I shot some slow-motion at 240fps, which was great. We used it on one of the overhead cameras of the confetti cannon at the end of the show. That looks pretty awesome."

For their shoot, the TV Boy production team kept the camera on the overhead grid, with Steele controlling two cameras and a second operator on the third camera, controlling the cameras remotely from the control room. 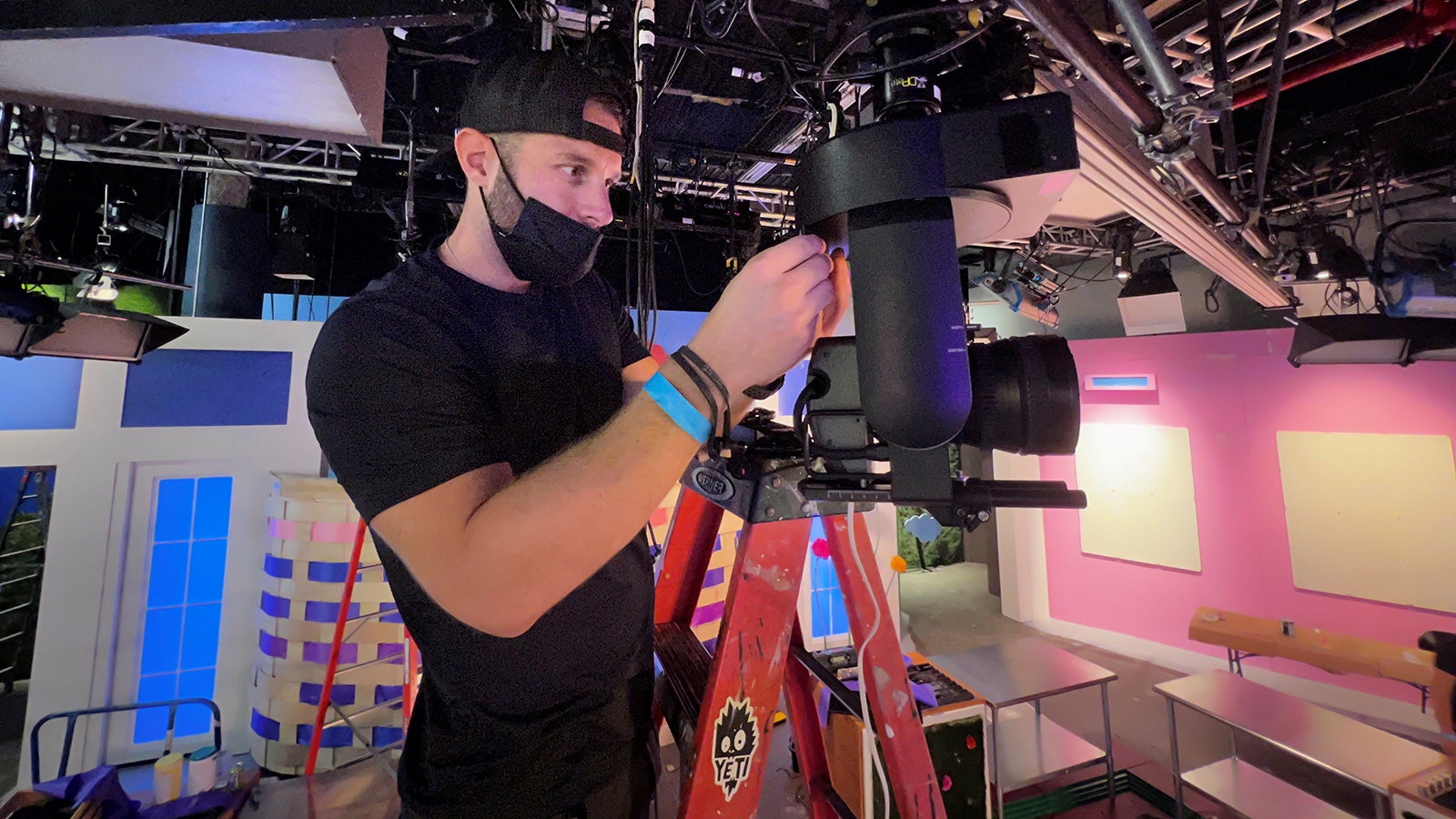 For Steele and Lane, the most significant difference between the Sony FR7 and their typical PTZ was the opportunities it opened up.

Says Lane, "We've worked on this show and shot it about three times. So the show’s director knows that if we bring in a new camera, we've tested it. But if we are using our regular PTZ, then they'll have us only use that PTZ on process shots, or wide shots, because it's so difficult to match with the FX9 footage. The FR7, on the other hand, we could use on anything, including close-ups of the judge's faces."

Steele explains, "It's obviously a different camera, so when the director saw the images, he was blown away. He said, 'Wow. It's indistinguishable from an FX9.' And that's huge for us. The image from the FR7 is just so clear. The other PTZ is softer and not as crisp."

The workflow of the FR7 also offered major improvements even compared to their usual workflow.

Steele adds, "It was great. Using the iPad, I felt I had all the controls at my fingertips."

TV Boy will be implementing the FR7 on future projects.