With the introduction of the new VENICE 2, Sony has carried forward popular and proven features from the original VENICE that have struck a chord with cinematographers and operators, one of them being dual base ISO. On the original VENICE, the native ISO is 500 and 2500, and this functionality, to shoot as cleanly at ISO 2500 as one could at ISO 500, expanded the creative potential that filmmakers could realize with VENICE. 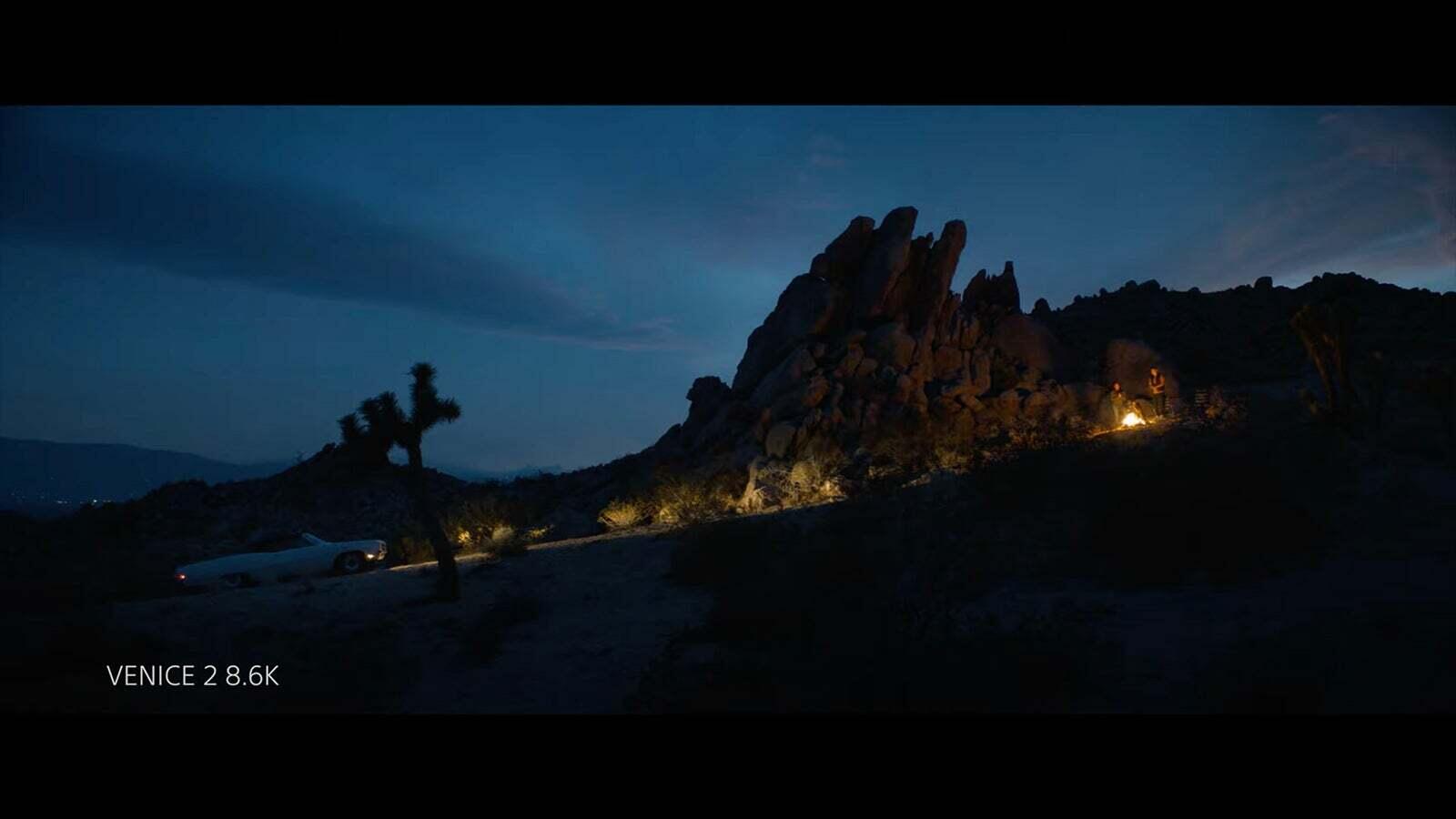 Now with VENICE 2, dual base ISO has adjusted upward to 800 and 3200. After experiencing this increase in low light performance, DP Claudio Miranda, who has extensive experience shooting with the original VENICE, lensed Top Gun: Maverick on that camera, and tested VENICE 2 before the launch, commented, “The 3200 ASA is incredible. I think how clean it is – is definitely a big deal. In the film, there is still fidelity in the shadows, and the wide shots are pretty spectacular. There were no film lights on this shoot at all. There were just headlights of the car, the fire, and that was the point. It was to go to the middle of nowhere and light a big fire and see how far the new sensor could light up the mountain, without noise.” 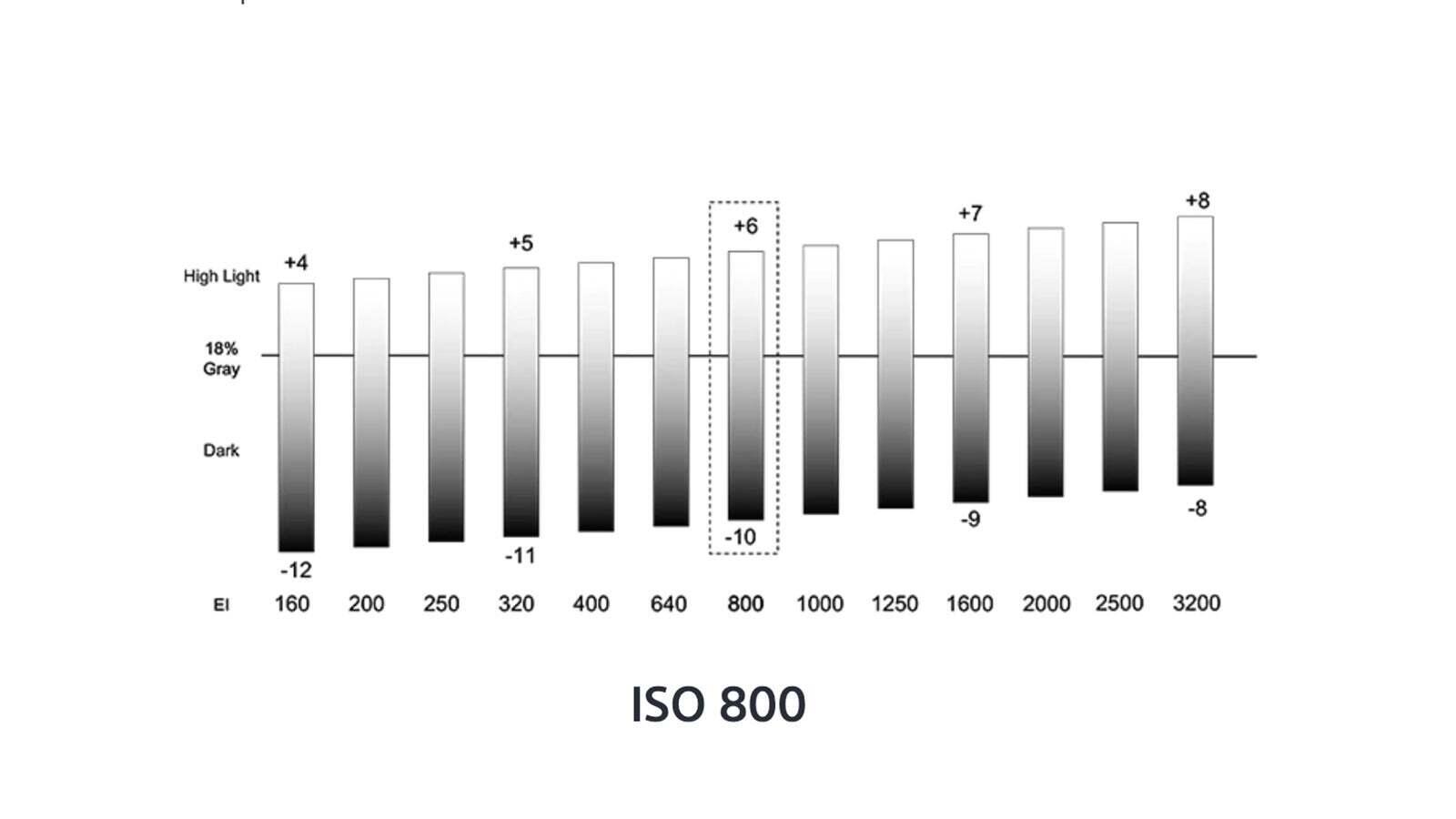 But what is dual base ISO?

Digital imaging sensors perform best when set to their native, or base ISO. It’s at this base ISO value you will realize a very clean image with low noise, your best signal to noise ratio, and most likely the widest dynamic range. This is because at the base ISO setting, there is no amplification, or gain (voltage), being added to the signal coming from the sensor. Adding gain, or increasing ISO, to make an image appear brighter also adds noise. Increase the gain to make an image appear twice as bright and you’re also introducing twice as much noise to the signal and image quality is thusly decreased. While grain on analog film, like at ASA 400 for example, might be pleasing and enhance the feel of an image, the introduction of digital noise to an image rarely brings a similarly pleasing result. 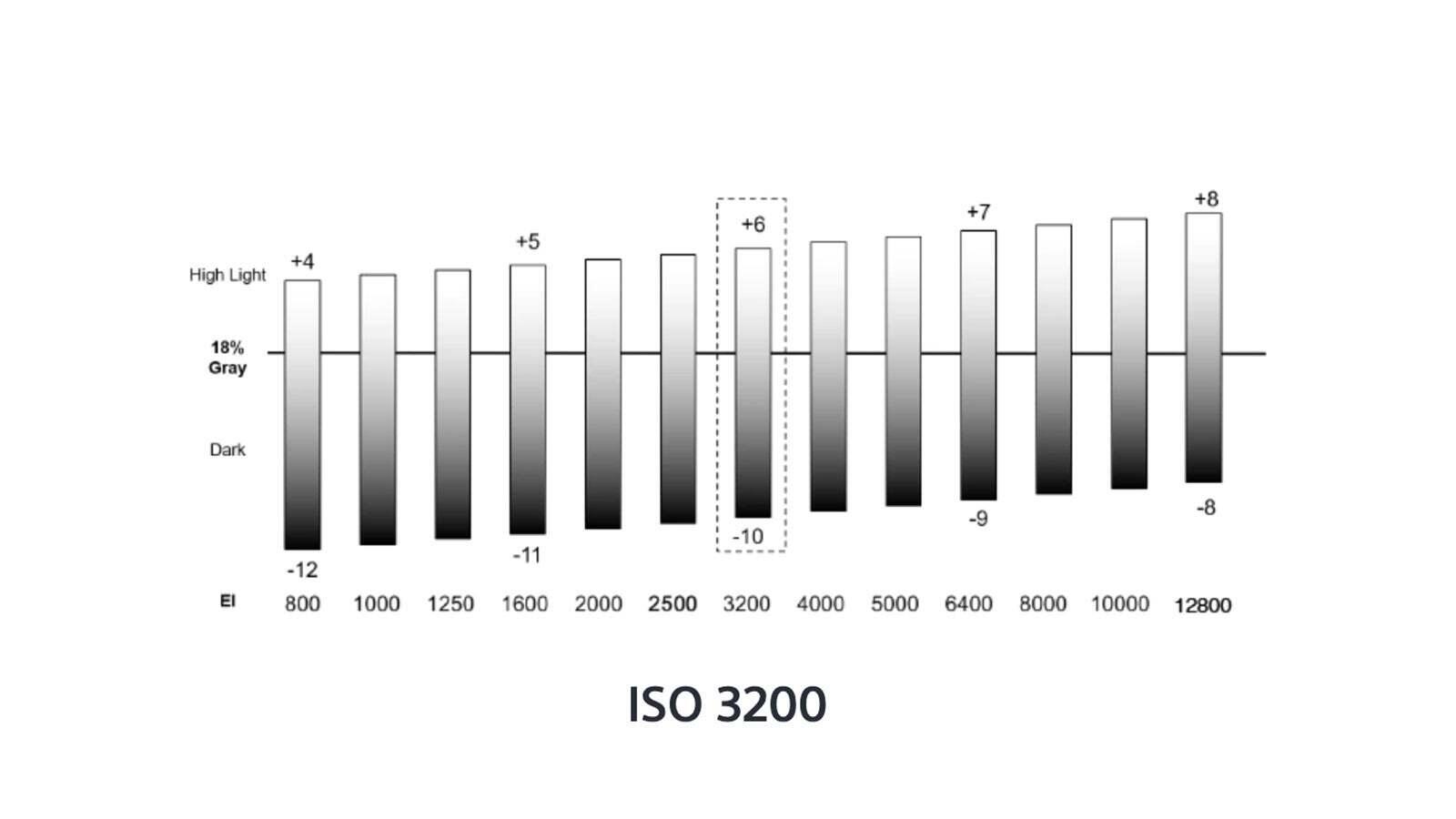 At each base ISO level, since there is no such amplification being added to the signal as explained above, the sensor captures the same, clean image. And as illustrated in the graphs above, at each base ISO, the sensor also captures same wide dynamic range with an equivalent ratio of stops of latitude - +6 and -10 - above and below 18% middle grey - for a total of 16 Stops.

Dual base ISO, and high base ISO specifically, also pays dividends when it comes to high frame rate (HFR) shooting. Indeed, for HFR, sensitivity is a critical factor since each frame is exposed to light for an even shorter duration. As such, having a high base ISO option of 3200 ensures high image quality even when shooting under more modest lighting packages and at higher frame rates.

This feature, this flexibility, greatly expands the creative options and practical applications available to a cinematographer. So whether you’re shooting slower anamorphic lenses in low light, or faster spherical lenses with low levels of practical lighting, or during the day on location under brighter conditions and dialing in a few of the VENICE’s eight stops of internal optical ND, dual base ISO makes it easier to achieve clean images with a very wide dynamic range in a wide range of lighting conditions. 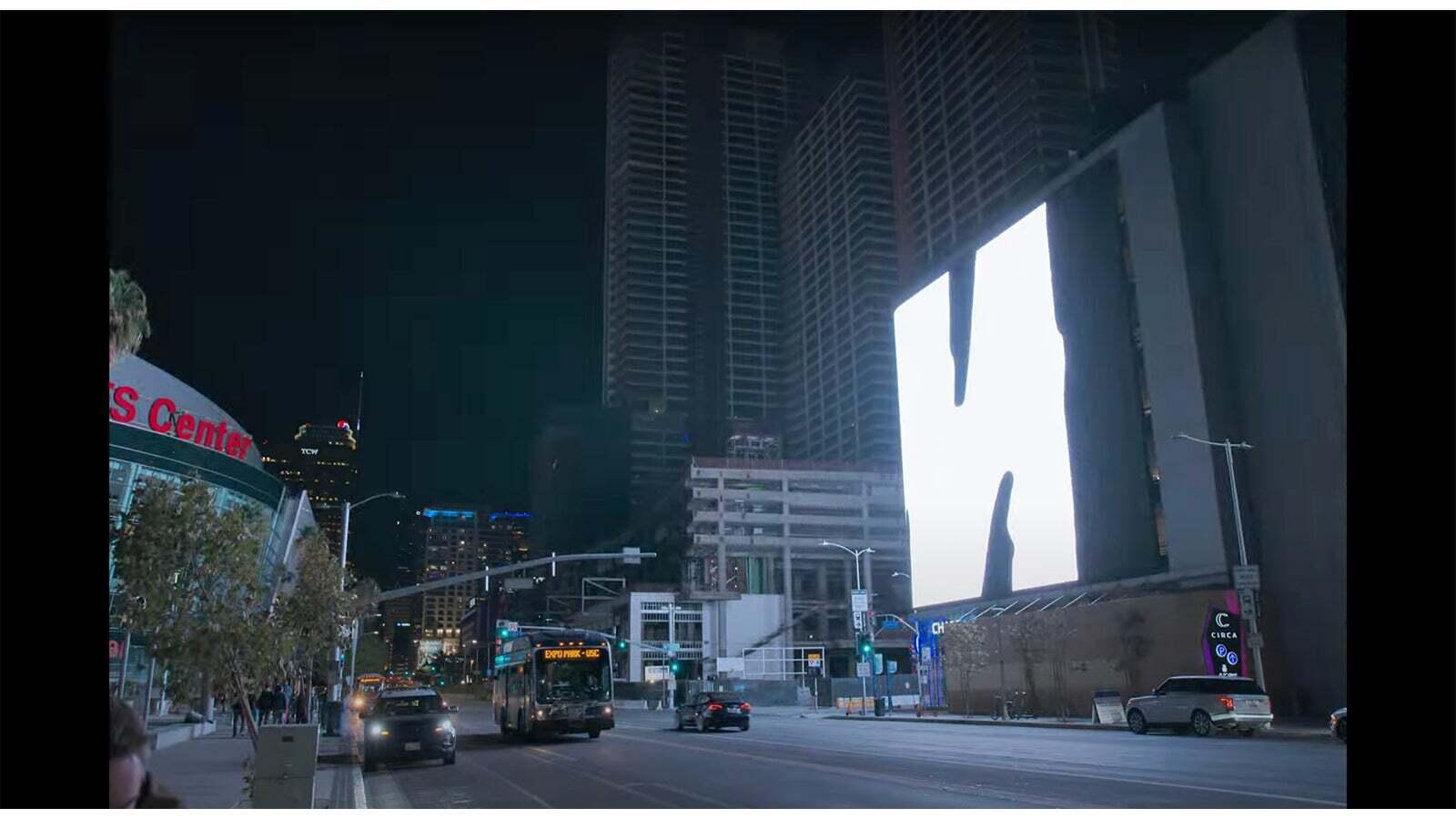 Cinematographer Rob McLachlan, who shot Homecoming on VENICE 2, plumbed the darkness of Downtown Los Angeles and was similarly impressed with the camera’s low light performance. He commented, “The dual ISO at 800 and 3200 is a sweet spot in terms of how light responds and what you get out of a given light fixture, what kind of a stop it gives you. I like that a lot. I especially like that you can shoot at 3200 with plenty of stop on and you're going to see everything you want to see. You'll see in the film we were shooting in Downtown Los Angeles, down near L.A. Live, where those big billboards are, we were at 3200 ISO and shooting at T8, which is incredible because it meant that there was just so much depth down the street and in terms of what you saw and detail and acuity. It was really stunning.”

Rob Hardy, BSC, ASC, the British cinematographer known for his work on Mission Impossible: Fallout, Ex-Machina and DEVS, was the first to shoot VENICE 2 in the U.K. His short film, VENEZIA, is a period piece he created to leverage and showcase the camera’s wide dynamic range, color science and natural skin tones inherited from the original VENICE. It was his first go round with the new 8.6K sensor, which he paired with full frame Cooke anamorphic lenses for the full cinematic effect. The results, he says, "astonishing.” "The ISOs have been bumped up so that enables me to shoot at a higher speed in the low light levels which is something that wasn’t really an option before, and that’s the big gain for me.”

Ultimately, the ability to switch to a more sensitive higher base ISO without an appreciable noise penalty greatly increases the versatility of the VENICE 2 camera. Now filmmakers can shoot high quality content in both bright and dark environments, and it allows them to use lower overall light levels if they choose, resulting in more flexibility, more creative freedom.

What is Dual Base ISO?