Video: Behind the scenes of Blonde with Chayse Irvin

We sat down with cinematographer Chayse Irvin ASC, CSC for a behind-the-scenes look of BLONDE—a fictionalized biopic of Hollywood icon Marilyn Monroe. When asked what drew him to shooting with VENICE, Irvin said, “It allowed me to improvise and trust that the image would come in with the richness and texture that I liked.”

Q: Blonde recreates the look of the 50s and 60s in Marilyn’s life, so I was surprised to hear you used a modern digital cinema camera. Why did you choose to shoot with the Sony VENICE?

Chayse Irvin: I chose the Sony camera, the VENICE, because I felt like it had supported my need for spontaneity on the film. It allowed me to improvise and trust that the images would come in with the richness and texture that I like. It had these technological advances that allowed Andrew Dominik and I to be experimental. For example, it had a very high ISO. We shot almost the entire film at 2,500 ISO and we used another technology named the Cinefade, which is a variable ND filter that I would control on a handset. And we could travel using the Steadicam from room to room, and I would adjust exposure while traveling. That was only made possible because of the advancements in the camera’s light sensitivity.

Then it was also the Rialto, which allowed us to do body mounts and some really intricate handheld camera work. In a way, shooting on the VENICE allowed us to do things that I felt were quite Avant-Garde at the time and hadn't been done before with the format.

Q: I heard that you shot Full-frame but would sometimes pull a Super35 extraction. Can you talk about how you used the Full-frame format?

Chayse Irvin: The VENICE performed really well. I was very glad at how the color science worked with other workflows that I had designed in the past, and I could adapt it quite easily. We captured the film almost exclusively in Full-frame format, but then did a Super35 extraction on the Full-frame.

And we did this because we wanted to use the extra area of the frame as a variety of effects. In some cases, it was stabilization. In other cases, it was reframing and other cases beyond that, it was actually different aspect ratios that we were exploring. Occasionally if we were recreating an image from Marilyn’s life, we would go to Full frame and use the entire frame for that. So the VENICE had all these virtues that I really liked. When I finally saw the film in the theater, it spoke back to me exactly as I hoped. 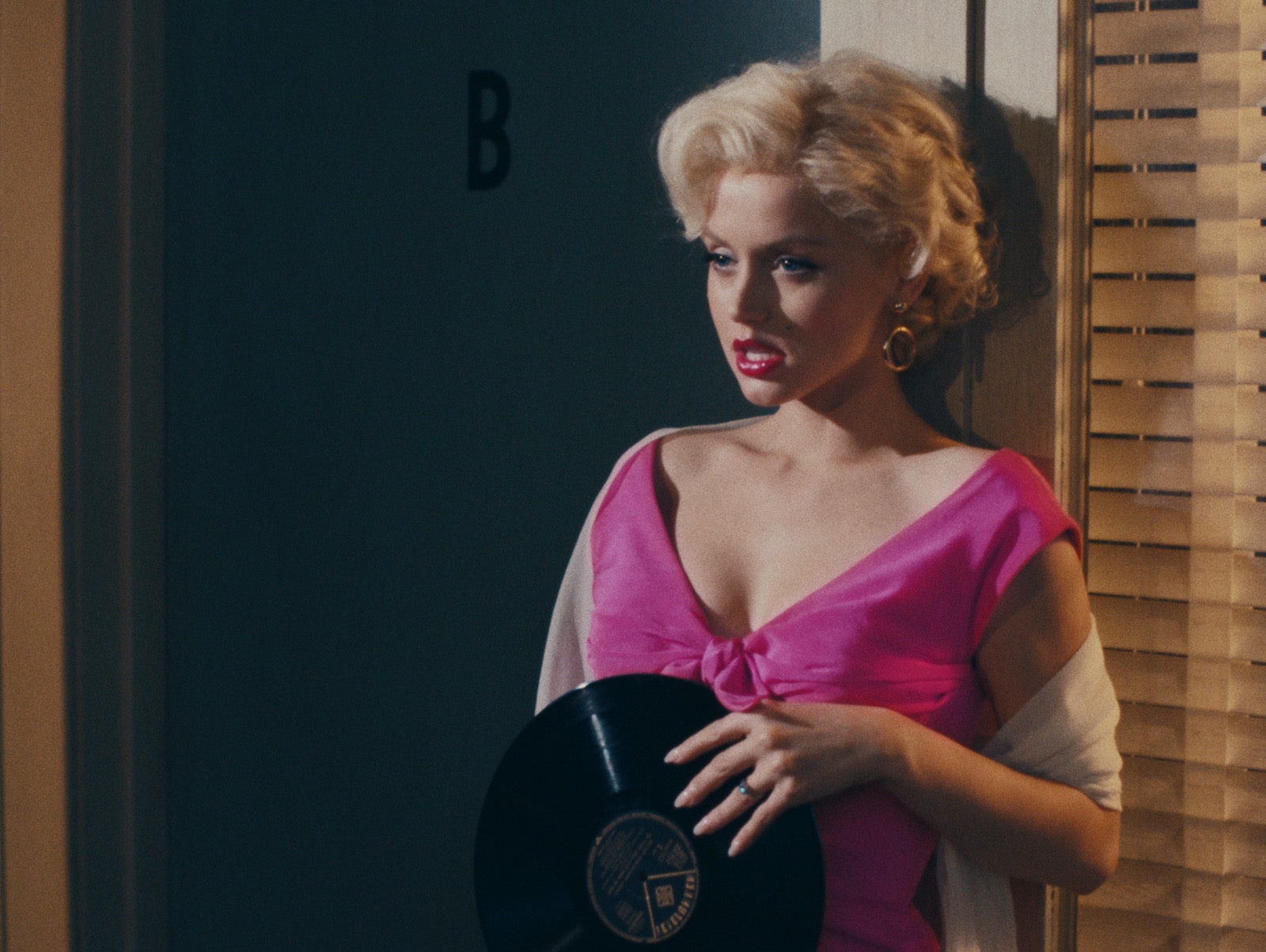 Q: The Technicolor sequences are incredible. How did you recreate those looks?

Chayse Irvin: We recreated the vintage Marilyn Monroe look through a variety of different lookup tables that we explored. For example, in the black and white, we tried to recreate a film stock called Tri-x, which is a reversal stock. So, you have this black and white that's a little bit more cold than what it would actually look like. When we recreated the looks from different vintage periods, we were going to that detail where we were actually augmenting the warmth of the black and white to recreate how it would've been perceived. And the same technique was used specifically on the technical sequences where we were recreating images from films that she has been in the past. We would research those films and the materials and take stills. Then we would do whatever was necessary to morph the colors into a matching look that that technicolor could produce, which is three strips and almost impossible to recreate now. But I was really proud of Tom Poole, our colorist, who was able to recreate it almost identically.

Q: What lenses did you use?

Chayse Irvin: The lenses I chose on the film were called the Panavision P-Vintage. They are a series of lenses that were rehoused to support the first ACs needs in terms of front diameter and integrity and adaptability of the lenses, especially when you're using clip-on matte boxes. I chose them because they had a very interesting aesthetic. They were high speed lenses, so I could shoot in really low light. They had a beautiful astigmatism that I liked— internal reflections, all these sorts of imperfections.

And Andrew and I chose to shoot the film with a very shallow depth of field. It has some sort of depth cue that I felt would contribute to the story in the sense that it has a fragility to it. If Ana de Armas moves closer, or further away from the lens, it's always sort of chasing her. And we're on the precipice of catastrophe almost continuously through the whole film. I exposed it at 2,500 ISO.

It was that in combination with the Cinefade that sort of gave me my base rating and I lit it how I would anything because the variable NDs takes off a certain amount of light. And I also lit some of the film with a light that was rigged onto the camera. I would expose this with the Cinefade and as the camera would travel closer to her, I would darken the image to compensate for the exposure change. However, that would be perceived as if the background is going darker because it's imperceptible. So, I was doing all these things to the camera that supported my desire to create novel cinematic devices that I hadn't seen in cinema before. Maybe there's other examples of it, but it was new to me.