Freeform, part of the Disney-ABC Television Group, announced in July of 2018 that production had begun on a new pilot designed to appeal to the outlet’s young adult demographic. The show, which is being made under the working title “Motherland”, is not to be confused with the British sitcom of that name. The tale is set in an alternate America where centuries ago, witches cut a deal with the local militia, which promised to end persecution in exchange for supernatural assistance in fighting their enemies. Fast-forward to modern-day Massachusetts, where three young women go from basic training into deployment at Fort Salem, and female characters take dominant roles in combatting terrorist threats. 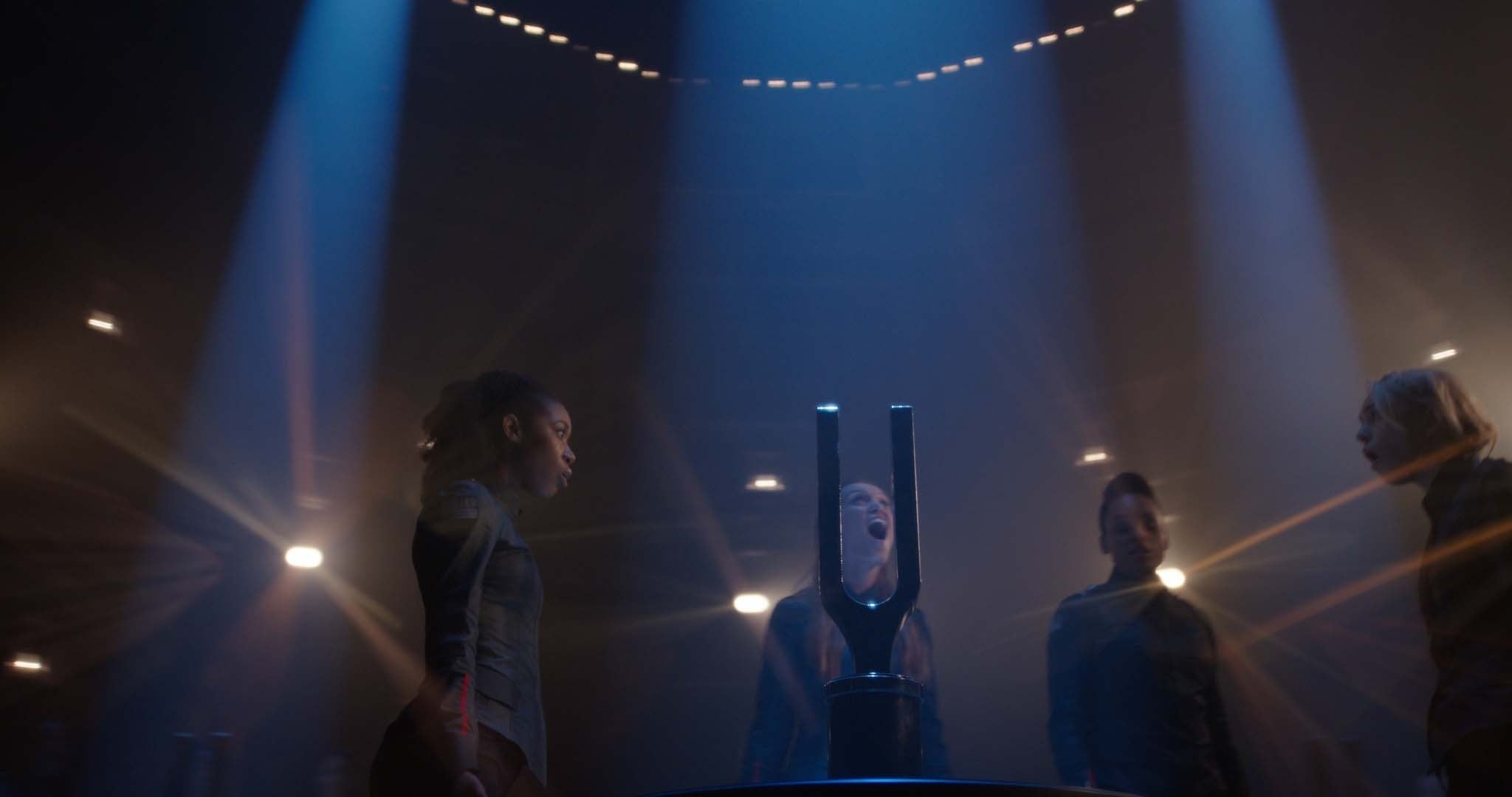 The pilot was helmed by Steven A. Adelson, who prior to becoming a director was a top Steadicam operator. After participating in the creation of more than 200 hours of television, he brought a camera operator’s eye for framing and movement to the project, along with lived experience of what a production needs from a director in order to be successful. He saw “Motherland” as an opportunity to convey the tone and vision he had for the script, and recruited Jon Joffin, ASC to be his director of photography. The duo had recently worked together on episodes of “Beyond”.

Adelson and Joffin envisioned the depiction of the powerful magic in the story as misdirection rather than overt “abracadabra.” They cited “Peaky Blinders”, initially shot by George Steel, and Christopher Nolan’s “The Prestige”, shot by Wally Pfister, ASC, as inspiration for the way the sorcery is presented.

To craft the right look for this sweeping concept, Adelson and Joffin made extensive tests. They initially favored anamorphic, but the desire to shoot close with wide lenses argued for spherical. They convinced the executives at Freeform that a 2:1 aspect ratio would be ideal, and they knew that a clean image would help with the extensive visual effects.

“I’m thrilled with how it turned out,” says Adelson. “It’s slick and polished, but not to the point where it doesn’t feel real. It’s still has that gritty feel. Jon did a phenomenal job. It looks amazing.” Joffin says, “It’s a big idea, and we wanted it to look huge and cinematic. At the same time, we wanted it to be very realistic – a kind of magical realism. The magic is all done in very good taste – the witches control weather with the power of their voice, for example. It’s quite dark and edgy, especially for Disney.”

“Joffin says... we wanted it to be very realistic – a kind of magical realism. The magic is all done in very good taste – the witches control weather with the power of their voice, for example. It’s quite dark and edgy,” especially for Disney.” 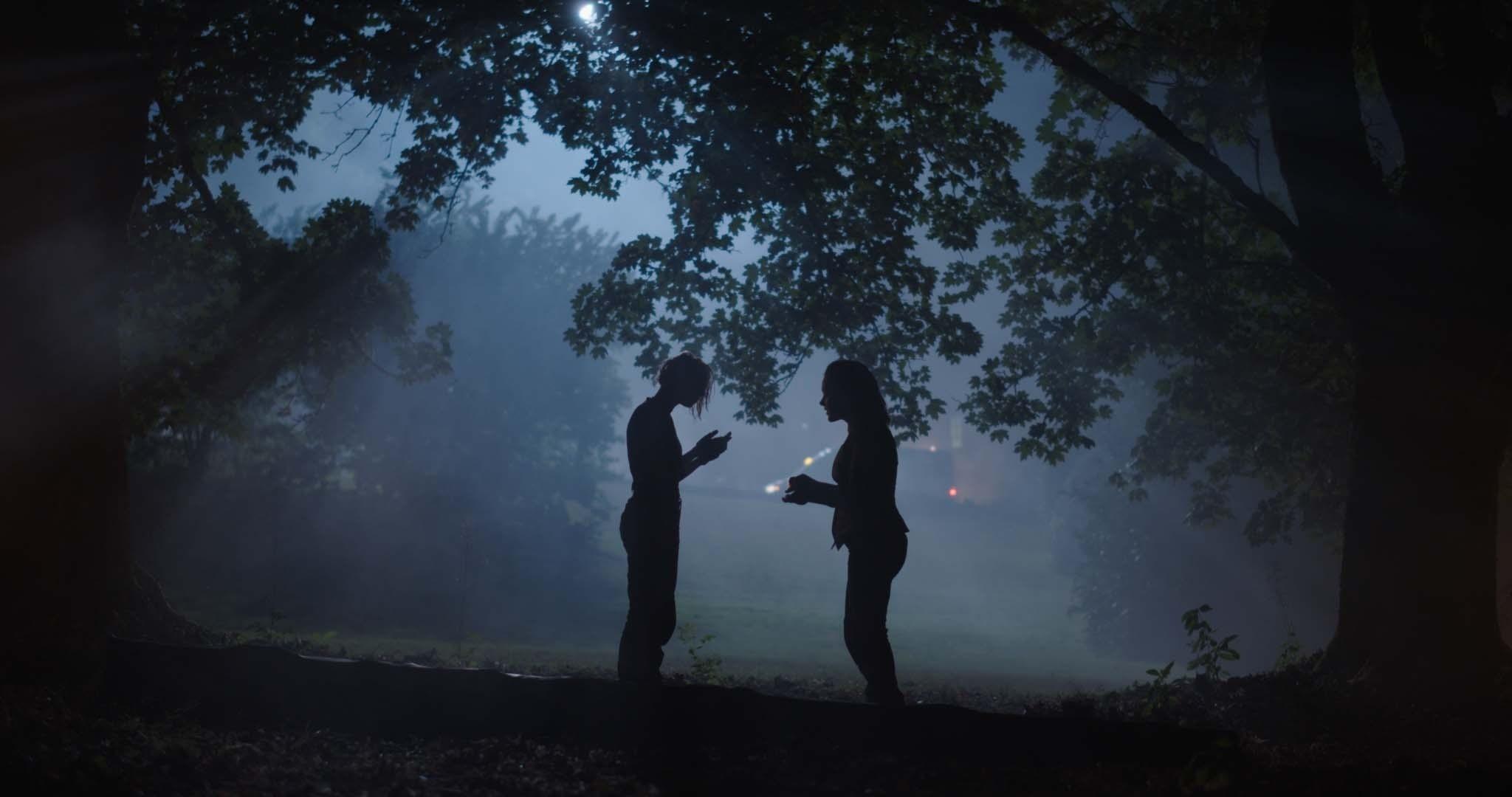 Joffin says that anamorphic is starting to feel somewhat ubiquitous in television. “I wanted this to look rich and clean, yet textured, and not at the expense of bending lenses. I’d shot a demo for the Zeiss Supreme primes using the Sony VENICE camera, and I fell in love with it. When I showed Steve and Eliot [executive producer Eliot Laurence], they were blown away by the big, rich look. The blacks are clean, but it doesn’t look harsh.”

The filmmakers had about 18 days to accomplish the script, working in and around Vancouver, British Columbia. Four VENICEs were teamed with Zeiss’s next generation full format glass, the Zeiss Supremes, which are all T 1.5. The 50 mm and the 65 mm were workhorse lenses – roughly equivalent to a 40 mm and a 50 mm in standard 35 mm photography.

“The Master Primes can be very sharp and almost clinical at times,” says Joffin. “Everything is more gentle with the Supremes. We often shot at T 1.5, and with the large format and the shallow depth of field, they’re absolutely gorgeous. We were trying to shoot images with deep, dark blacks, and we didn’t want them to be noisy. I think Sony really nailed it.”

The resolution was full frame 6K in the 16-bit X-OCN format, masked for 2:1, which was a stretch for Freeform. Although it works in 16-bit space, bit rates are surprisingly moderate, which helps make post more efficient while delivering additional creative flexibility all down the line. “I don’t think Freeform had ever done anything like that before,” says Joffin. “But they were incredibly supportive, and everything went smoothly.”

The VENICE’s Extension System came in handy for the opening sequence, in which a girl sets herself on fire with a car’s cigarette lighter. The Extension System features an extremely lightweight sensor block/lens mount assembly that separates from the camera body, remaining connected with a 9- or 18-foot cable. The switch can be done in as little as two minutes. 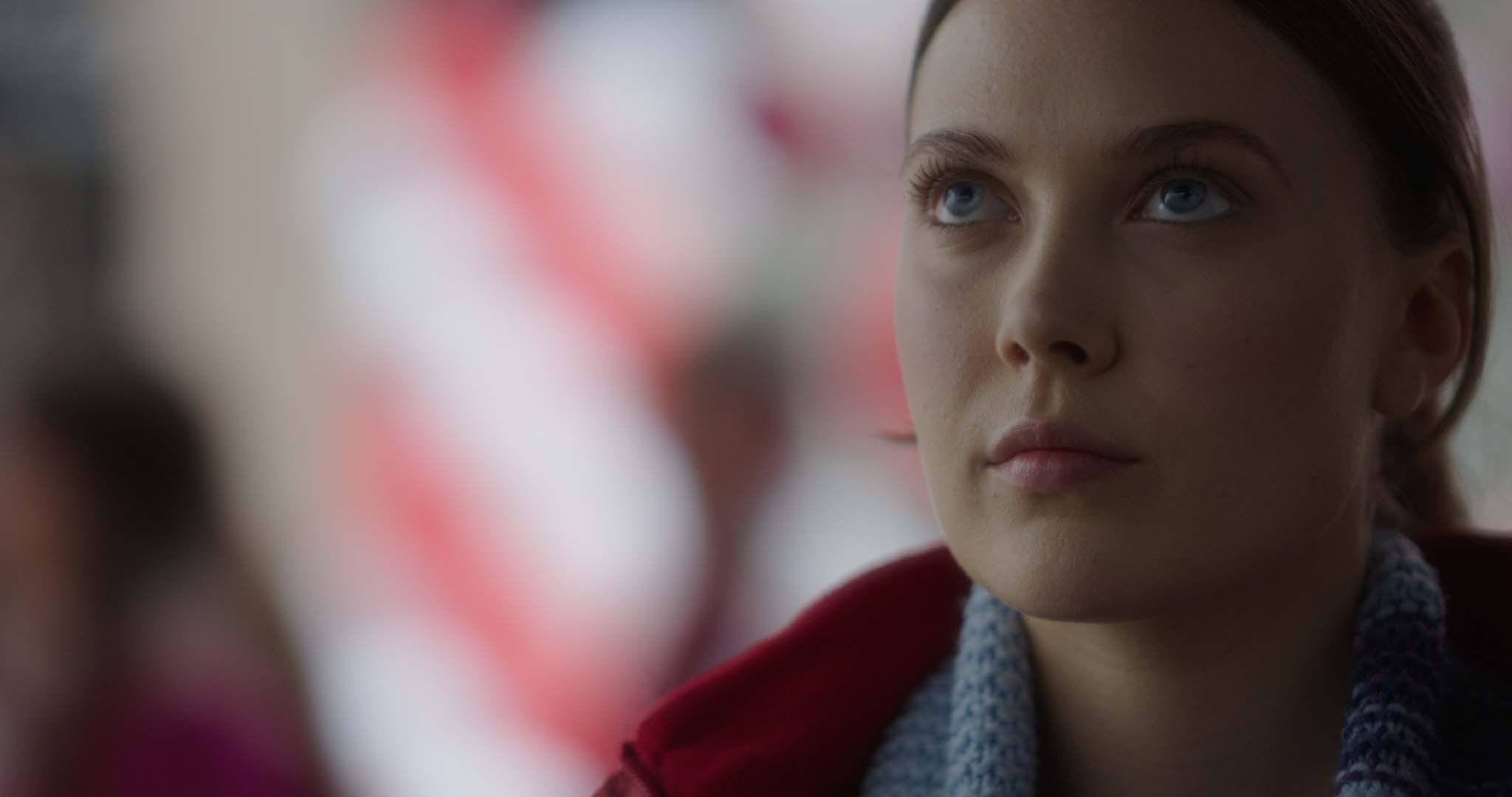 “On the set, Joffin started with one of the Sony LUTs, and did minimal color adjustment. DIT David Skidmore calls the image quality “spectacular.”

“I saw the prototype at Cine Gear, and it seemed like a really exciting tool,” says Joffin. “The picture car we used was tiny. We could put that camera anywhere, and quickly, too. It’s maybe three inches deep and six pounds, and you’re shooting full frame 6K. It was unbelievable. I’m really looking forward to using the Extension System when I’m doing more of a driving show.”

Joffin also used the Extension System for handheld in scenes where the women are struggling to carry logs through the mud. “You’re able to just take that camera in your hand,” he says. “It’s totally different from having it on your shoulder, because you can hold it right in someone’s face or move it around their head. You can get low or high. To have a camera that looks that good in your pocket in amazing. And we never had an issue with them going down – they were super reliable. “It’s great that cameras keep improving,” he says. “You’re getting higher resolution, and you’re getting the full format. But that camera needs to stay small, too. The VENICE is compact. It’s an interesting evolution. I just love the big, rich look – it’s like watching 70 mm.”

The internal ND system Sony devised for the VENICE makes adding neutral density a whole new ballgame, according to Joffin. “They cover the entire range in one-stop increments,” he says. “You can change them so quickly – which might not sound like that much to a non-cinematographer, but it’s an amazing achievement. It’s a physical thing, so you can just walk up to the camera and turn it very quickly, even in tether mode. So often, I’m shooting wide open. Because you’re so close to the edge, you’re putting in one ND, and maybe it’s a little bit too strong, so then you’ve got to pull it out and go back to the other one. If you don’t have those built-in NDs, that costs you time. And time costs you shots on the set. I shot something last week with a different camera, and I was waiting.”

Adelson says the VENICE was significantly more user-friendly. “As a director, you’re often concerned with how long it takes to go from one mode to another,” he says. “You have so much to do. The VENICE was a huge improvement in that regard.”

On the set, Joffin started with one of the Sony LUTs, and did minimal color adjustment. DIT David Skidmore calls the image quality “spectacular.” “We had to zoom in to 800x in the grading suite to see the difference between LT and ST, and even then it was fairly minuscule,” says Skidmore. “Silverstack updated to support it quickly, so it wasn’t an issue to use in workflow. We ran a full Pomfort Livegrade workflow and graded to Jon’s specifications on set, creating a nice warm look for the show. We transitioned to VENICE seamlessly, and Jon didn’t notice much difference – except how fast ND changes were and how beautiful the full frame depth of field is.

“Sony really listened to the people using the camera, and it shows,” says Skidmore. “Overall it’s a brilliant camera. I was pleasantly surprised, and I look forward to working with it again. Finally, something that can really challenge ALEXA and RED on film sets.”

The trend toward larger formats and higher resolution in television seems to be gaining steam. It’s a way for directors to lend cinematic nuance and epic dimension to their stories. “It’s truly amazing, the clarity this camera can deliver,” says Adelson. “I would not hesitate to use the camera again as a director, just in terms of how it performed, especially in high contrast situations. Whether this show gets picked up or not, everyone that has seen it is blown away. Freeform is going darker and edgier, and taking more risks and bigger swings, trying to get into a different arena. I think was a big swing for them, and the combination of Jon and Brian [Kane], the production designer, did an amazing job, and the camera was part of that. Everyone is thrilled.” 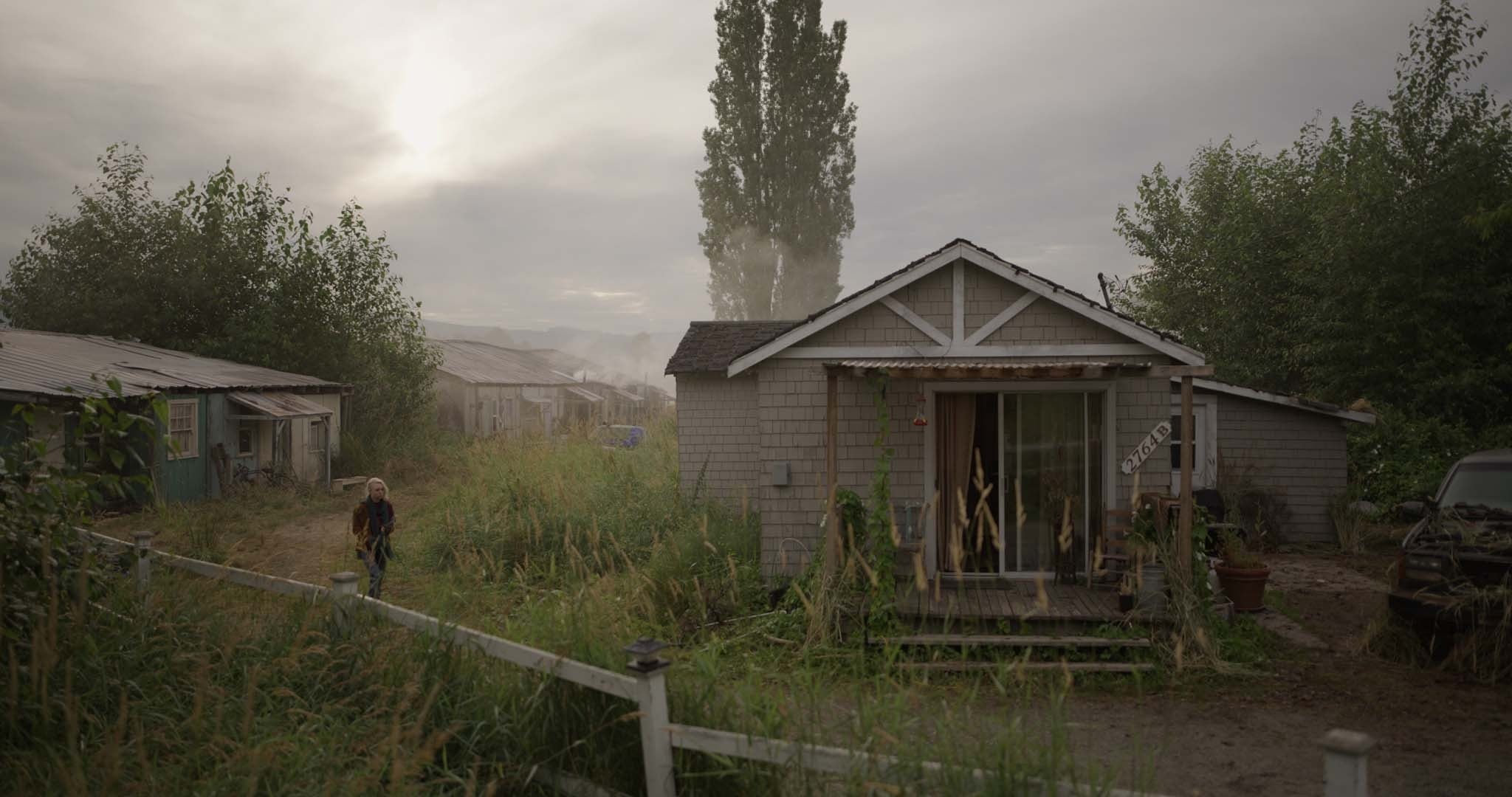