Why VENICE? What is it that keeps you coming back to shooting the camera?

There are so many Super 35 lenses to pick from that we decided to go with Super 35 because we knew we needed the higher frame rates as well, so I ended up shooting on the MiniHawks, the spherical Hawks that look anamorphic. I shot with those and I shot with the Master Primes, two polar opposite lenses.

I wanted a clean look and all of the director’s references were hyper-stylized and contrasty, so I wanted these lenses to have a mechanical look, in a sense. This shoot was a bit unconventional in a way, where the first portion of the shoot was in France, where we hired a service company and another DP, Laurent Rodriguez, to shoot for us there. And Amber Grace Johnson, the director and I, were remote directing and remote DPing. So all the race car stuff that you see, the Formula E stuff, was shot in France with another team with us working remotely.

Was that on VENICE also?

Yes. Almost everything was on VENICE. The only thing that wasn't on the VENICE was some of the drone footage.

That was my next question.

For the low light and night drone shots, we did shoot on the VENICE. The shots that are in top light and daylight are with the Inspire and really, we used that just to be able to have a longer flight time. 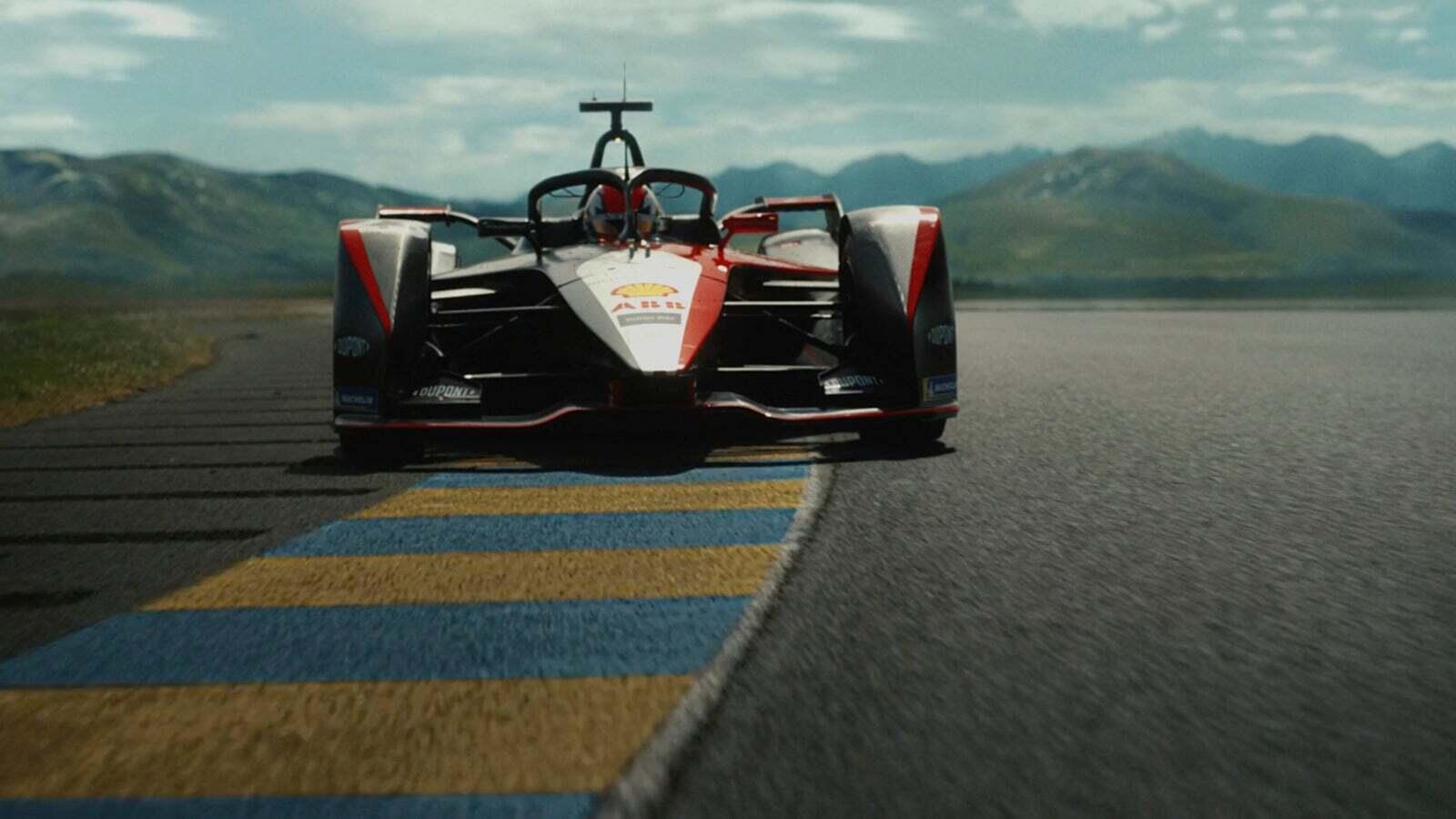 Nice. So it seems you like the low light performance of the VENICE.

Yes. In the last six months I've been shooting so much 2500 base, and when I go into the color suite, I literally cannot tell that it's a higher ASA, and that allows me to shoot at a deeper stop. It allows me to see more than what the eye sees without jeopardizing the image whatsoever. There is no other professional cinema camera on the market that can do that.

Lossless RAW at 2500 ASA is massive to me. Knowing that I could shoot at 2500 and it looks clean, or even during the daytime if I need a deeper stop, I'll go to 2500 and stop down. That's huge. And then, obviously the internal NDs. Now I look at any camera that doesn't have internal NDs and I probably wouldn't want to shoot it, other than film cameras.

Sony was a trend setter in a way. They were the ones who started it and they went all the way up to 2.4. Most of the internal NDs [in other cameras] went to 2.1, but 2.1 was never enough to shoot wide open in daylight. So when 2.4 came, it was just like "Oh, you could literally take your bag of NDs and throw them out the window now." Because you could shoot broad daylight without any [external] NDs and shoot wide open, which is phenomenal.

And the Rialto. You know how big of a game changer the Rialto is. The places that this camera has been in [in Rialto mode] is astronomical. It's hard to believe some of the rigs that people are doing. They're using $1,000 gimbals with a VENICE. It's a beautiful thing. 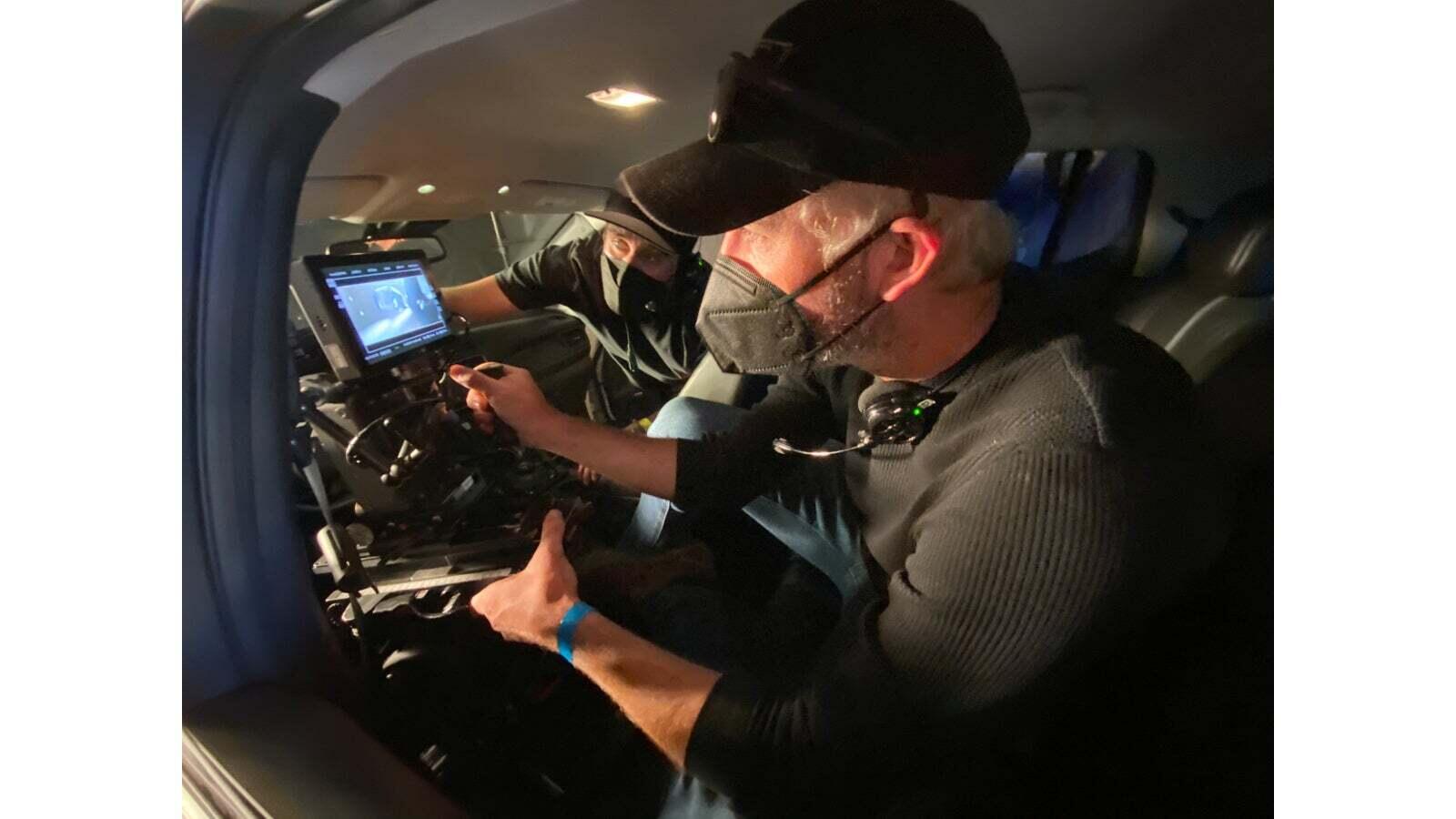 Camera Operator Andrew Brinkhaus getting a detail shot with the Rialto

Did you use Rialto on this Nissan ad?

Oh, absolutely. Some of those macro shots that we got on the inside [of the car] would have been impossible to do if I didn't have a Rialto.

This was my first time working with Ray Garcia. He's one of the best key grips in the world. He’s a book of knowledge and works with all my mentors, top level guys, like Chivo and some of the guys that I really look up to, like Wally Pfister. I showed him what I was able to do with the Rialto and he was so impressed. And for a key grip who’s been working for 30-plus years with all these incredible DPs to be impressed by a piece of gear is saying something.

I noticed in the credits that The Mill did the VFX. They also did the VFX for the spot for the Pepsi Halftime Show, shot on VENICE by Paul Cameron. Did you shoot X-OCN ST on this or XT?

About 90% of the work I've been doing with the VENICE since XT was released has been on XT, but my DIT, Mark Wilkin, who’s also a phenomenal colorist recommended shooting ST and I asked, "Why would we shoot compressed?” And he said, "Well, just shoot a test with XT and ST and let's just do a quick grade so you could see what I'm talking about."

To my eye, I couldn't see a difference at all, even in low light. We pushed ASA to 6400 and ST and XT looked almost identical, so I went with it. It will be less media, fewer drives and less overtime for the DIT, so that will make the production happier. We shot the entire spot at ST and ever since then I've not been reluctant to shoot ST. It was a good lesson on how impressive that camera is even when it's deeply compressed. 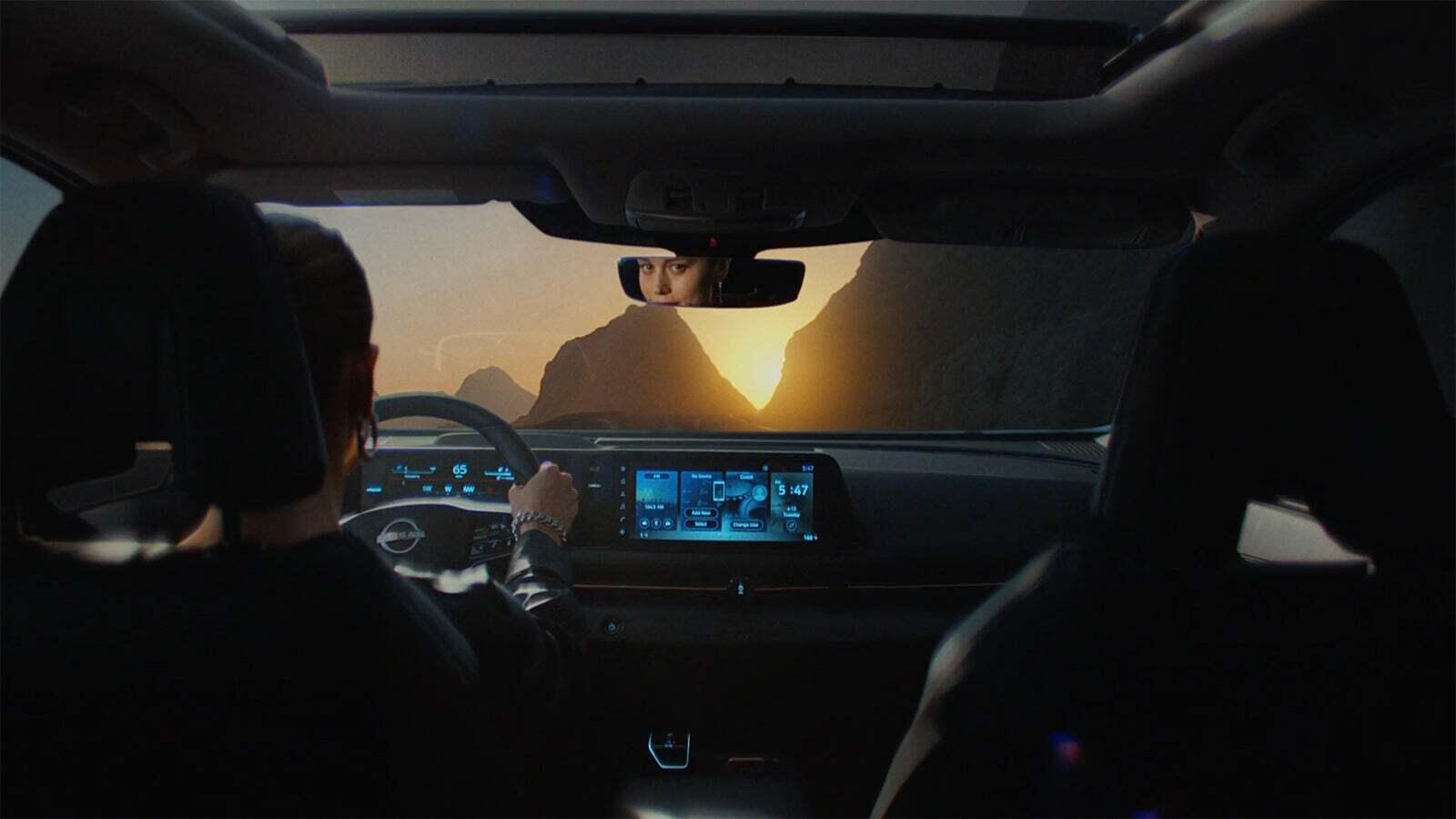 Did you do anything in virtual reality or mixed reality?

It's funny that you mention that. There was quite a bit of poor-man's process. We tried to do poor-man's process with rear projections and LED walls but in the end it didn't end up working out because of money and timeline. We only had a week to prep and the producer said, “You can't put Brie Larson on a process trailer. So you have to shoot it green screen.”

I spoke to Blake Druery, the visual effects supervisor and said, "Look, I don't love doing green screen because of the spill and because it compromises the light. I am not inspired shooting green screen. Can we do gray screen?" And he said, "Sure." So actually what we ended up doing was we shot gray screen and it looked so real out of camera that The Mill did almost nothing to some of those shots of Brie Larson driving. Any of the shots of Brie Larson driving, we did on a stage poor-man’s process and then The Mill took over. I think they did an amazing job. I think it gave it a style. 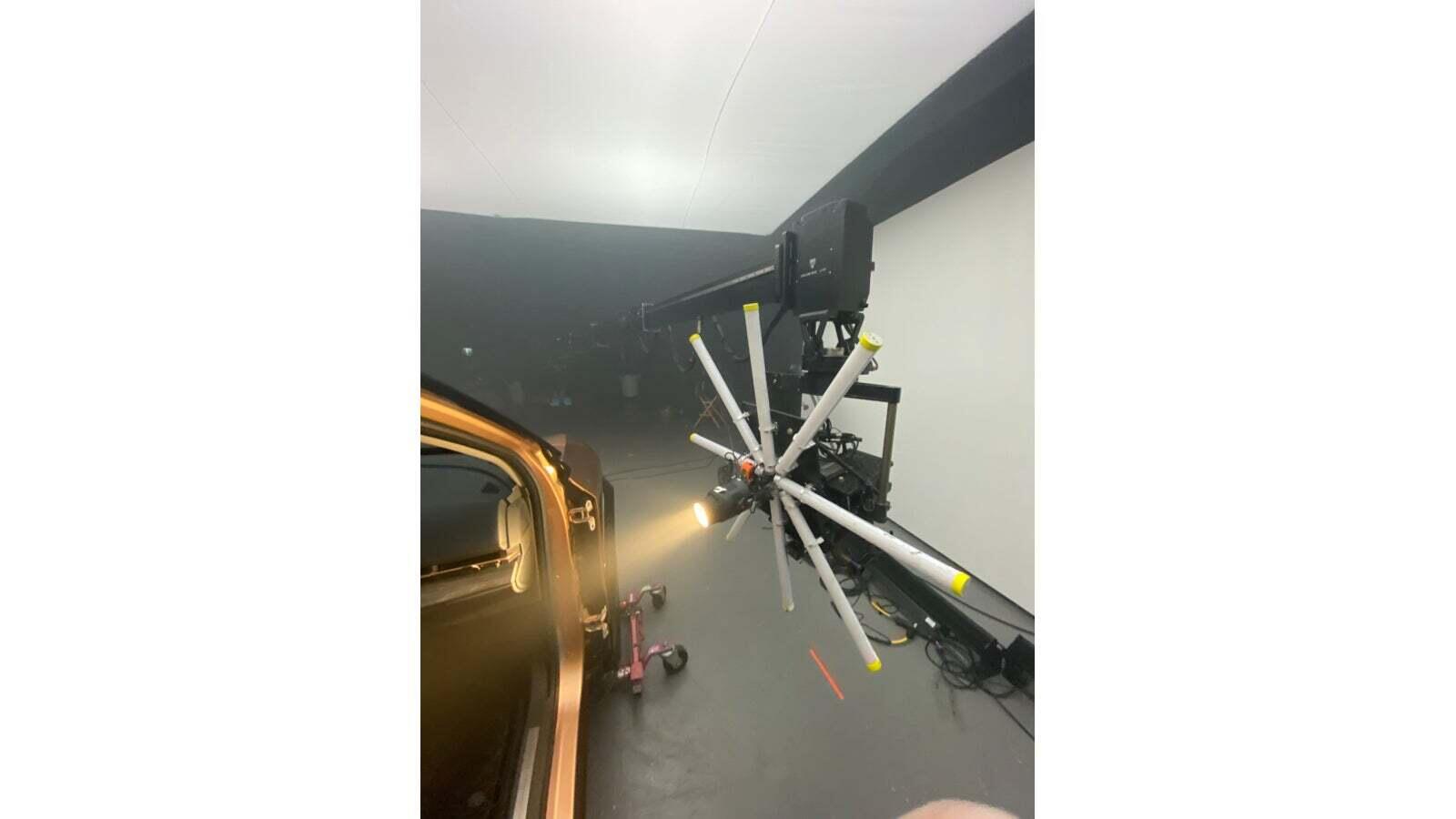 It looks great. How did you light her to match that sunset or make it look like sunset on the stage?

We went through three different looks, a hard look just in case we have hard sunlight as a back plate, and then soft sun through clouds, and then flat, one-sided soft light in case it was gloomy or cloudy, to match the plates we shot afterward.

Which light was it that you guys were using?

Jeff and I are really big fans of Fiilex. They make a light called the Quad which is sort of an LED version of a Maxi. It gives you really clean shadows and a fresnel look, but out of an LED quad light. They also make this light called the Q8 that is one of the brightest fresnel LEDs. So it was a mix of that and then the DP in France and I discussed the lighting ahead of time. We used these lights and I ended up buying some because I love them so much. 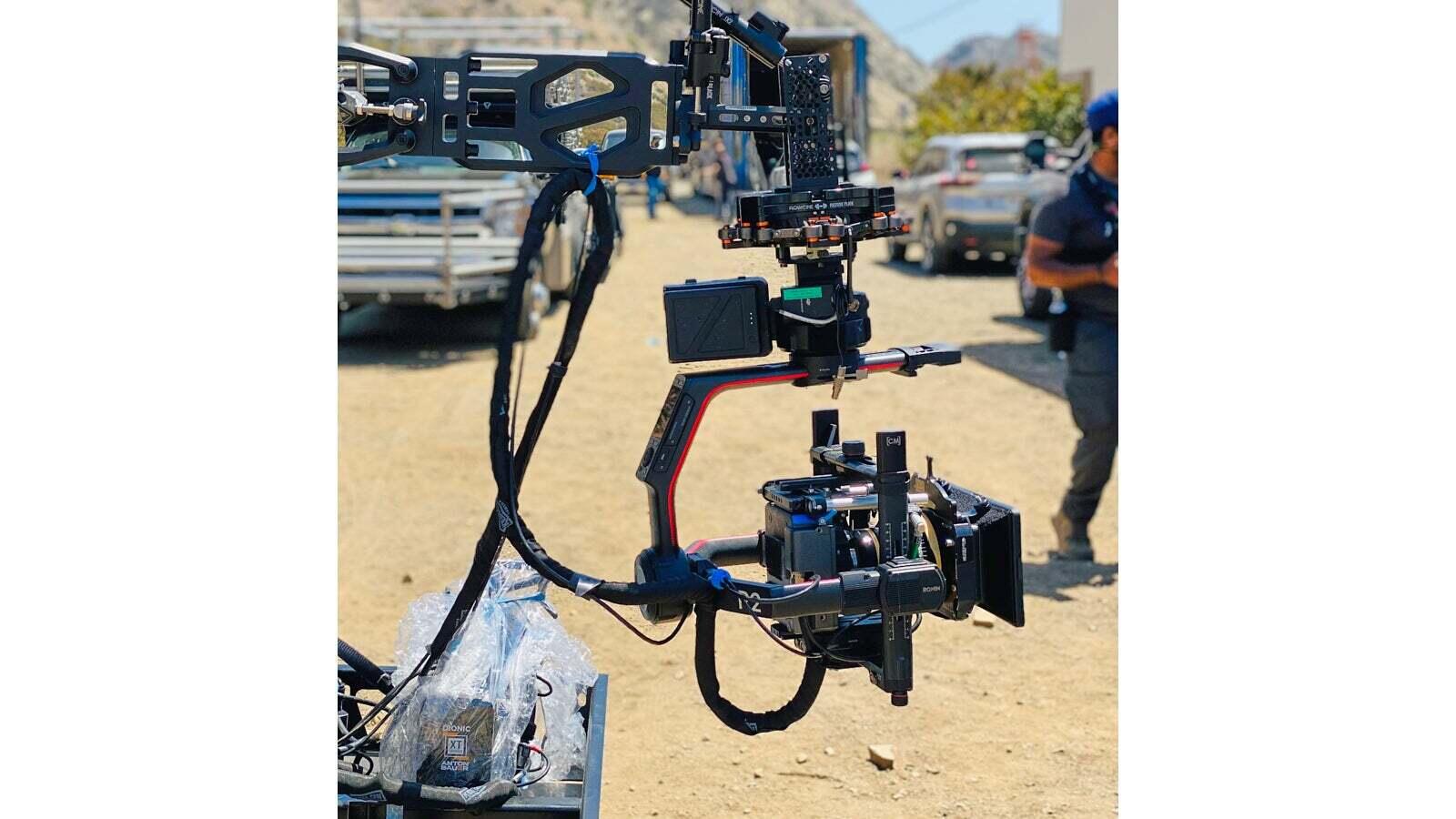 So the drone was mixed between VENICE and Inspire. Can I assume a lot of the car shots were VENICE on a Russian Arm?

Yes, absolutely. We had three VENICEs pretty much the whole time. We had one on the drone flown by Drone Dudes. These are the guys that I work with all the time. So I always push them. A while back I told them, "Guys, I only want to shoot VENICE so figure out a way to fly it." And next time I came to LA, they figured out a way to fly the VENICE. So they push the limits. I love that. 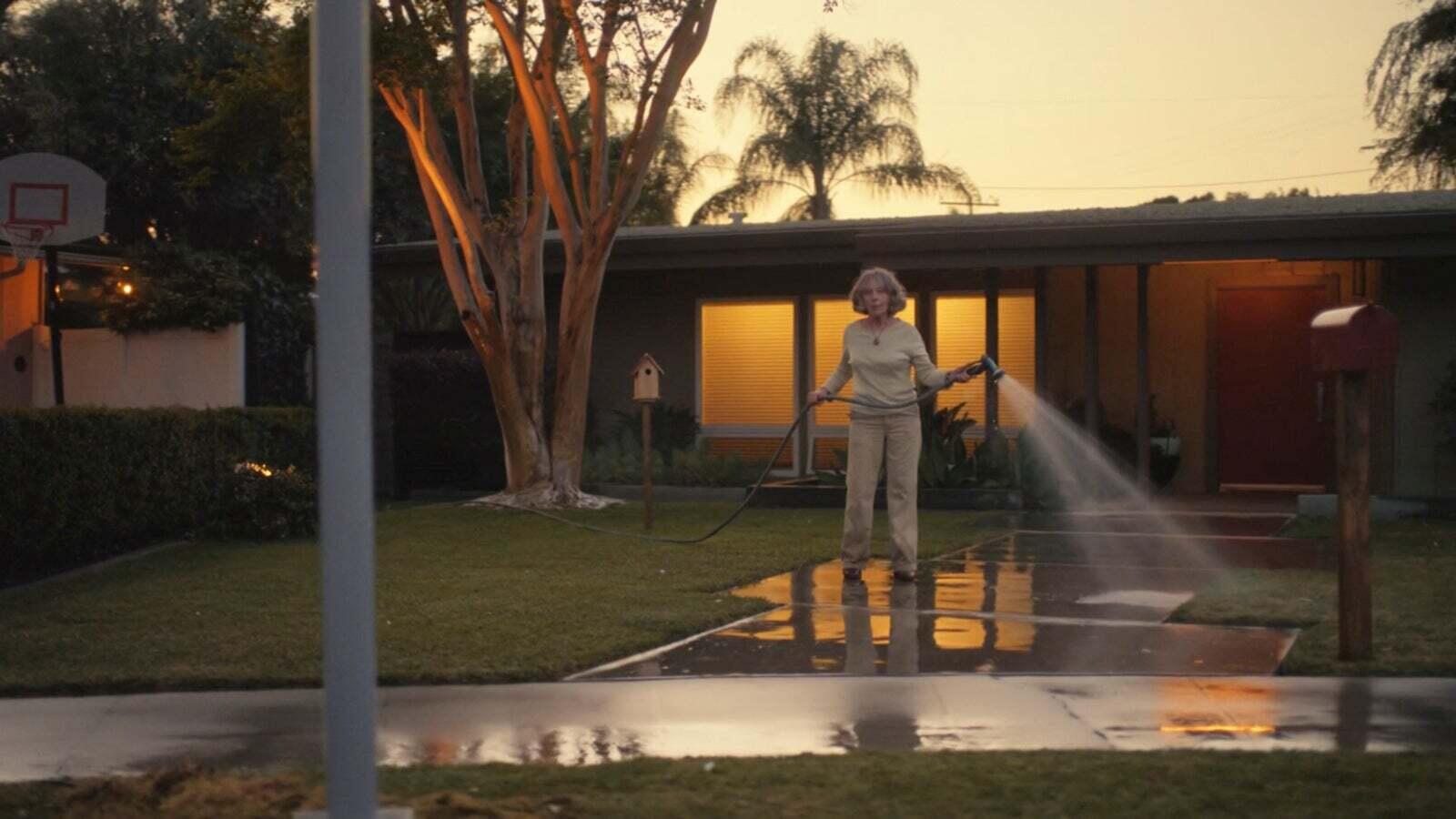 The cul-de-sac sequence looks cool and I liked the high frame rate there, and the light. Tell me about that.

A lot of the film was shot high frame rate, but that specific scene was something that Amber and I wanted to do at nighttime, but the client said, "We want it to be a suburban cul-de-sac. Can we do it at dusk or during the day?" So Jeff set up this beautiful lighting setup where we had lights inside all of the homes that we can dim down as the light drops, and then Drone Dudes had a lighting drone up in the air. So as the light goes down, that drone light becomes a big thing.

We shot it two different ways, at dusk, which is what you see in the spot, and then we also shot it at night, which created this beautiful Gregory Crewdson-type vibe, but sadly, it didn't end up getting used. We had two cameras, my camera operator, Andrew Brinkhaus, was on a slider at 120 frames, just moving the camera ridiculously fast, and then Drone Dudes were up in the air with two drones, one a lighting drone and the second one was flying a VENICE, and then I was on the Russian Arm, which are most of the shots that you see.

For this shot we had quite an extravagant lighting set up. We had three condors and a balloon light, but most of what you see in those dusk shots is the balloon light and the lights that were inside the houses. Another reason why the VENICE is such an incredible camera is that sort of dynamic range is not easy to get to because you've got to expose for the sky, but you also want enough light inside the house.

We ended up using the Fiilex Q8s inside the houses. Outside we had the balloon light as the ambience. And then as we're going around, I was on a comm with Jeff, and we're going around the cul-de-sac, and every 10 minutes or so we dim the light down another 5% and so on. We started with the lights at a 100% and by the time we finished the lights were probably at 2%. 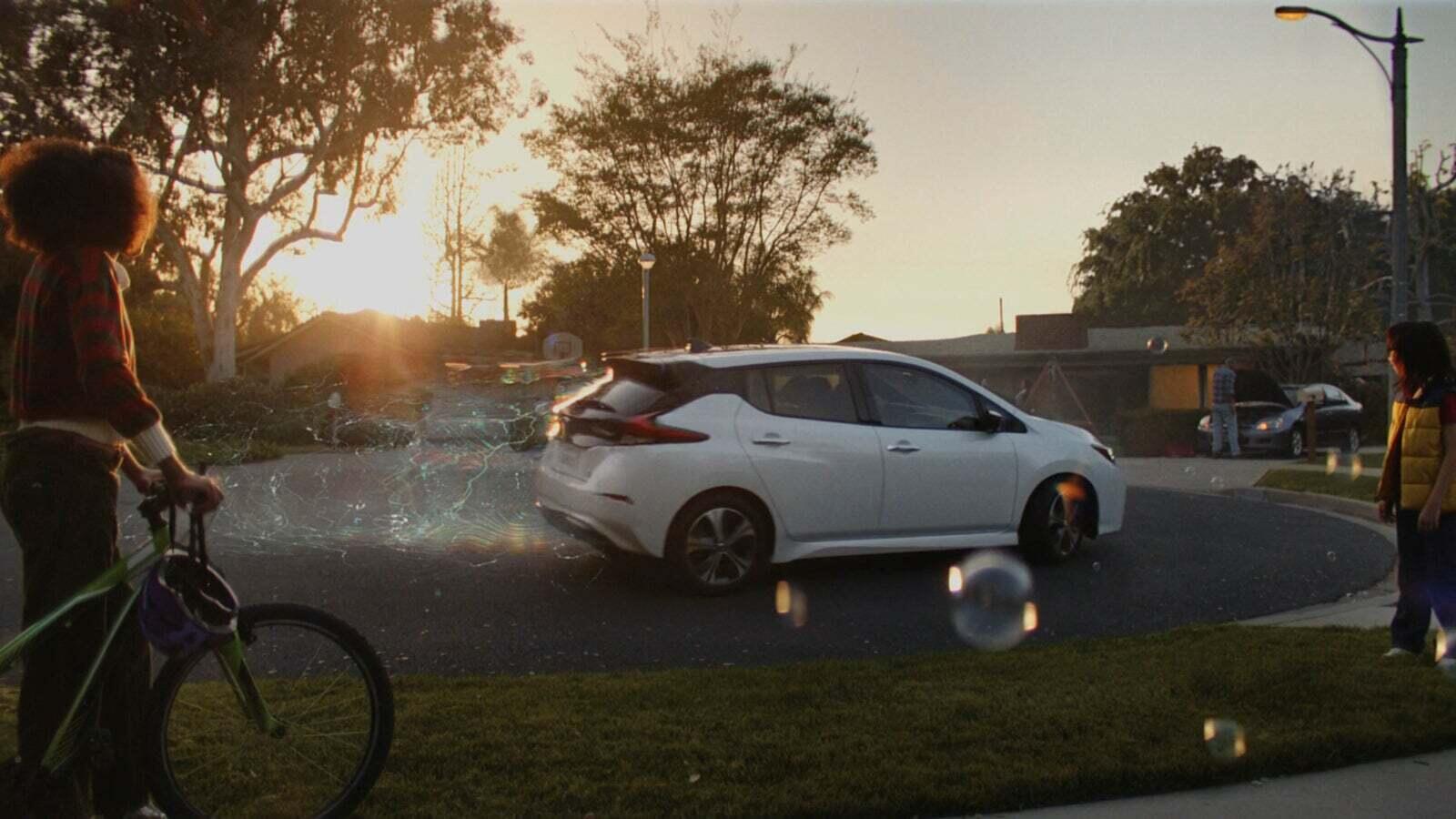 You shoot both features and commercials. What is it that you like about shooting commercials?

One of the reasons I love shooting commercials is because they allow me to experiment with lighting ideas and shot ideas with huge toys. There’s no other avenue for this. Music videos do not have the budgets anymore, features and TV do not have the time, and personal projects don’t have either the time nor the money.

Nice. Any parting thoughts about your experiences with the camera?