When people think about starting a career in film, they often imagine working on studio feature films and major television productions. They may start their careers by going to film school and/or working on music videos, commercials, or internet shorts, but still often dream of bigger projects. The move up can seem intimidating, but it is entirely possible. But to achieve it, first, a person must know how studio features and major television productions work and why they work the way they do. 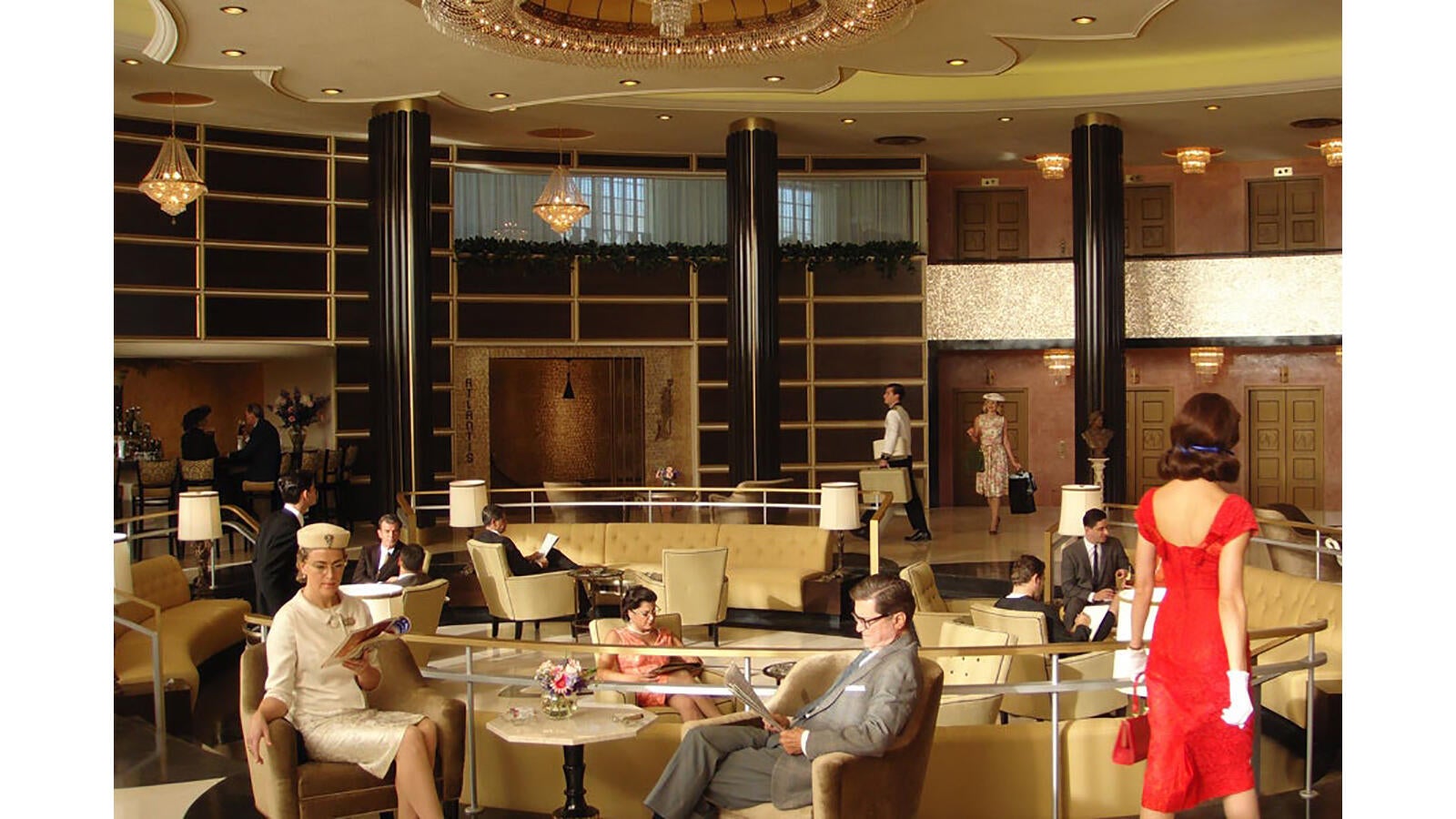 To better understand how to work on big film projects, one must understand why the audiences that go to see these films select them. Sometimes it is the actors that are in the movie. It may be the quality reviews the film received from critics. But often audiences are going to see big studio films for the spectacle. Not all spectacle is big explosions and chase sequences. Period films or TV series like “Downton Abbey” are also spectacles in this context, in that they transport the audience to another place and time. Despite that the audience knows they aren't a century back in time, the film causes them to believe they are, and they delight in the experience. Creating these seductive illusions is hard work and often expensive.

Many people know that much of the grandeur and spectacle in contemporary films is created with digital visual effects, but that isn't the only way, nor is it always the best way to create the desired result. I was a cinematographer on the TV series "Magic City." The hugely talented Carlos Barbosa was the Production Designer on the series and demonstrated what I mean by spectacle, particularly through scale. The show re-created Miami Beach in the early 1960's. Carlos built an enormous, elegant lobby for the featured hotel. It had a vaulted ceiling, a mezzanine, a grand staircase, and marble floors. When necessary, it easily accommodated hundreds of extras in period clothing with period luggage. Carlos also meticulously created other parts of the hotel, like an underground bar with round windows that looked out to the bottom of a swimming pool (a tank where we had swimmers). He also created fully furnished hotel rooms, hallways, a full-scale restaurant, a diner, a store, and even a hair salon, all with exact period detail. This is what I mean by spectacle. At some level, the audience realizes it isn't real, but they delight in the fantasy. When the series was broadcast, the viewing audience felt they were transported back in time. The size of the sets made everything more substantive and more significant. For some reason, not wholly quantifiable, when things are done on a huge scale everything seems more real. It's a curiosity, but it's at the center of why people enjoy movie spectacle.

Outside the lobby set, (which was outside the studio where the lobby was built), Carlos built a grand exterior that allowed our period cars to actually to pull up along a circular driveway. The glass frontage lead directly to the grand lobby. Two floors above this entrance was a huge green screen which became the upper floors of the hotel after a visual effects treatment. Clearly, this was not a five hundred-thousand dollar indie film, not by any stretch.

The point of all this is about the mindset of a filmmaker as they move up into this new bigger film world. The idea of cutting corners is anathema to someone working at this level. Everything is done to create a reaction in the audience, sell the illusion, and visually seduce or overwhelm them. It is hard for filmmakers coming from projects with small budgets, small crews, small locations, and using small amounts of equipment to think in a way that isn't concerned primarily with saving money and trying to create something from nothing. Their focus isn't on thinking big. It's just about telling a story. But thinking big introduces powerful, visceral elements that can delight and stimulate an audience, which is why big films employ this technique. Thinking big sounds easy, but it is hard when you are not used to it. 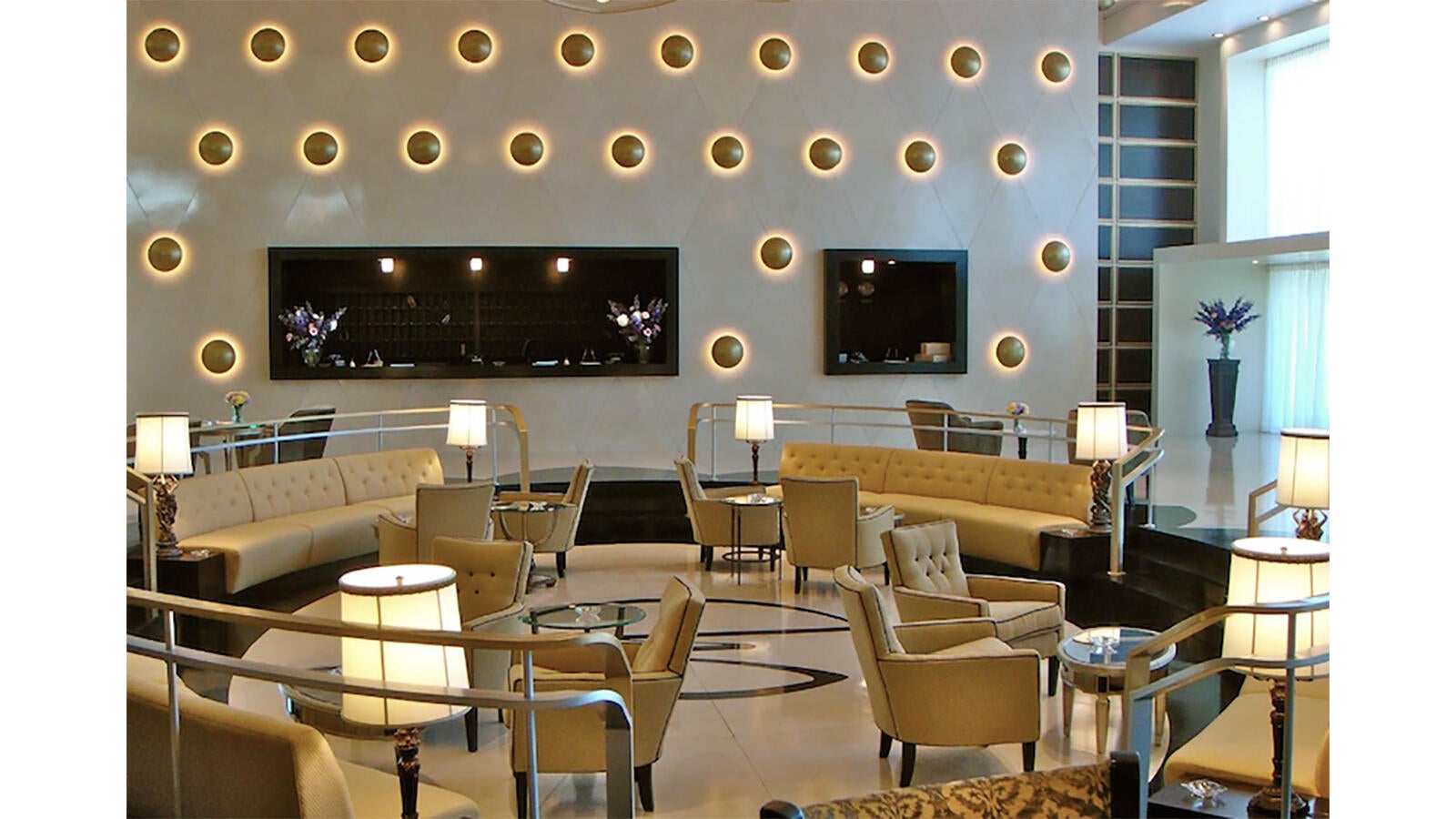 When I walked onto the sets of "Magic City" I, of course, realized they had to be lit. I, too, had to think big. My work would be very different from my work on the Oscar-winning film, "Monster". On that film, I used a few small lights. That's all we could afford. My primary lighting sources were paper lanterns mounted on fish-poles and held by electricians who moved with the actors. We were generally in real locations that weren't very big. I made do with what I had. On "Magic City", the sets were vast, and I had to employ an entirely different lighting philosophy, thinking about what was best rather than what was cheapest. With that view in mind, I began my lighting plan. I had my electricians and grips suspend hundreds of large, powerful, but very soft cloth cylinders above the set with lights inside them. (Space Lights). These provided an overall base light across a vast area, but the light was so soft that to the untrained eye, it would seem not to be there. But it was; all the shadows filled in, and it allowed me to keep some detail in any part of the image. This was my "base light.” I would light over the top of this basic exposure. I used hundreds of Space Lights because with scale comes an increase in the amount of equipment you use; the area I was lighting was so vast that to try to do it with a few small sources would have looked terrible and failed.

Outside, at a considerable distance, I used large directional light sources (18K HMI's) blasting through the front window. These provided the highlights and shadows I desired and replicated sunlight. The base light was only about exposure; these directional lights created the modeling that I desired. The great thing about large lights when they are set far away is that they provide even illumination over a large area. Wherever a subject(s) might move, the light level is approximately the same.  Conversely, when you use a small light in a small location and have it near an actor, one side of the actor will over-expose. When the actor moves away, they quickly drop into shadow. This is why small sources aren't generally an ideal lighting method, but sometimes it's all you can afford. But when you can afford large lights, they are worth it.

Was the lighting list huge on "Magic City?" Absolutely. But if I had lit those sets with two paper lanterns, the magnificence of the sets would have been unseen, the actors would have been limited in their movement and the quality of the show would have been substantially reduced. To move up in the film world, you have to be prepared to think on a big scale.

Behind the scenes - Building the sets of Magic City

The other thing Carlos did was provide a level of detail that would be unimaginable on a small film. Props and set dressing cost money, and it is one of the first things small films compromise. Carlos made no such compromise. My favorite set he created was the hair salon. Not only did it have period furniture and those massive cone-shaped hair-dryers, but if you opened any drawer, you would see period hairbrushes, hair-clips, curlers, and hairspray. This detail supported the sustaining illusion, but it also facilitated the actors who knew they could "work the set,” pick up props and take real things out of the drawers. It made their performances better.

As the DP, I approached the sets with the same attention to detail. I would make sure every dressed light source (the ones on camera and part of the design) would function. I also made sure that every area would be lit not only with my large light sources but with "specials" to give each set some extra life. Things like table lights, or the downlights over the hotel entrance, or the up lights that lit the front of the hotel, all worked and would give little kicks of illumination and make the visual world of the film more interesting. This is how I approached every set. The entire underground bar set had an up light that ran the length of the bar itself. The swimming pool had special underwater lights, which looked great at night. Every sign was rigged to work, be it neon or florescent. I would add smoke to some sets to provide dimensionality and show the light beams better, and I would put color gels on lights to enhance skin tones, or suggest a colored motivating source. Many exterior surfaces were wetted down to kick back light and make the images more painterly. No surface was ignored. Nothing was unlit or lit without thought. Detail. That's what you provide on big film projects.

Additionally, I carried a lot of cameras. Some would be used to cover the main dialogue and action and get different sizes and vantage points. But others would get the details in the set. I wanted to make sure the audience experienced the world, and I didn't want them to miss anything. I also wanted to give the editors and the director lots of material to create the best possible cut. Again, quality before economy. Was the camera list large? Absolutely. As I said, it is a mindset, and you have to think on a grand scale when you move up to bigger films. I had worked on a lot of larger films before "Magic City" so I knew what was needed.

A good rule of thumb is don't try to please producers with economies. Please them with quality and your getting enough material so that everything works. That is the ultimate economy. TV shows and films that work artistically and make money are always economical because they are profitable.

Check back soon for Part 2 of this series.

Follow these links to see his other work on this site.