Unlike shooting in the countryside when there is no light, there is a lot of light in the city. The problem is, though the city lights appear correct to the eyes, they won’t appear correct on camera. City lights have many and various problems; flicker, color shifts you can’t see, and the inability to produce certain parts of the color spectrum. The reason the human eye can’t detect these problems is because the human eye and brain work in concert to do something called local adaptation. Local adaptation makes all colors seem normal, and the whitest part of the scene will be seen as white, even if it isn’t. This is an illusion, which makes it easier for us to function in the world, but not an illusion that will work in a camera.

A camera sees what is in front of it and doesn’t adjust to make it seem normal. So when filming under phosphor-vapor street lights or under fluorescent lights or neon lights, the camera will record the strong color cast of those lights, and in the case of the fluorescents or neon, possibly some severe flickering. So one question for cinematographers shooting city exteriors then, is whether to color match and color correct the various sources using gels. Without this correction, there may be some very strange skin tone colors recorded by the camera. There is another question. Available lights tend to be at very low exposure. So a DP has to decide whether to build up the overall exposure.

Fortunately, cameras like the VENICE have sensitive sensors and I, for one, like to use that to full effect. The VENICE has a high base ISO of 2500, which will allow me to shoot in low light and use existing sources and practicals almost as they are. Additionally, I use fast lenses, which also help me work in low light. One has to be cautious in this approach, however. In a study of optics, most lenses lose quality when not employed at their ideal aperture. Most DP’s have their camera assistants do a test prior to shooting to find out which lenses are best at which apertures. Many lenses have a sweet spot between T 2.8 and 4. This makes using available light less feasible.

However, some DP’s think it is worth the loss in sharpness to be able to use available light when shooting in an urban environment. By the way, I use the term “available light” cautiously. Rarely is available light ideal light for our subjects or our stories. So though we can use that light to light parts of our image, particularly backgrounds, I think ultimately it is incumbent on the cinematographer to create an image and create their own ideal lighting. To simply use what is available means that a large part of the creative input normally provided by a DP becomes arbitrary, and I don’t think it should be arbitrary. I think it should be controlled in support of the director’s vision. 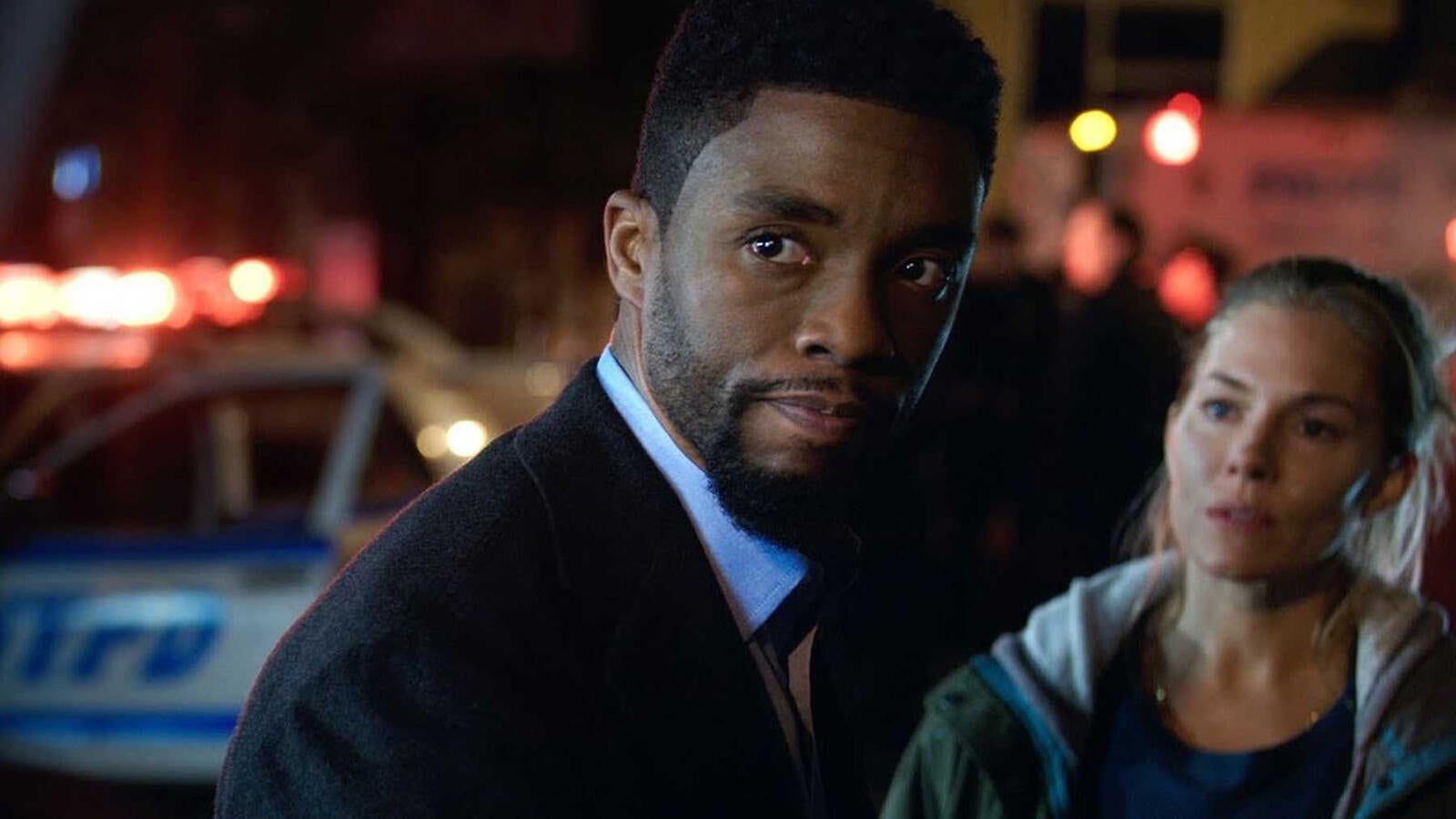 For example, color is particularly important in creating audience responses. But if you light subjects with the existing overhead fluorescent tubes, you may lose details in the eyes, the skin may go a little green, and there may be flicker. Maybe that green cast is what is desired, but it will probably be too strong. A film light, correctly balanced, can be colored with a slight green gel that gives that tone but is gentler on camera. It’s also close enough to the fluorescent background to seem to match (audiences are very tolerant in this regard). Even with the correction, the background can seem strange, as fluorescent lights are non-continuous light sources. This means that like many other light sources in an urban environment, they don’t work by burning filaments, but rather an exchange of gasses, so they don’t produce full-spectrum light.

This means that if you have a piece of clothing or skin tone that is a color that is not generated by those lights, then that part of the image can go black or have a dramatic color shift. My general advice about lighting urban exteriors is to supplement available light with your own, but light to a relatively low level so the available light can still be used for general exposure and hold detail in the frame. Your own lights can be placed at better angles and slightly better colors, to provide better skin tones and illuminate the eyes and create more attractive modeling. As for flicker, there are devices you can connect to your camera that adjust its shutter and can dial the flicker out, usually.

If this doesn’t work and the fluorescent or neon or vapor fixtures are not what you want, you can get a pre-rig crew in and change out all the lights with movie light bulbs that are virtually full-spectrum and flicker-free and designed to fit into ordinary fixtures. Changing out all the light bulbs at a location can be time-consuming and expensive, but can in some circumstances, be the best solution.

Sometimes sequences to be shot in a city have a need for an overall illumination, particularly for action scenes, and a cinematographer would have the same lights available to them as discussed earlier; moon-cubes, Musco lights and similar, and balloon lights. What is different is that the DP will be mixing these sources with the local available light, and the lighting levels and colors will be determined by the lights already there in the location.

I shot many of the action sequences on "S.W.A.T." and worked closely with my friend Gabriel Beristain ASC, BSC, who was with the main unit. The way we lit "S.W.A.T." is a good example of the above approach. There were many street lights on our night exteriors, and I would hide small lights on each streetlight to provide a higher level of illumination, but also a more acceptable color. Additionally, I had sometimes as many as six Musco lights rigged high overhead that not only provided a base light over a large foreground area, but I would point them to pick out buildings and surfaces in the background. The lights were so very big I could light a surprisingly large part of the city and its streets, but though I had a large area covered with the Musco lights, they were in reality providing a low exposure level so that the lights in the buildings of Downtown Los Angeles would still be within the exposure range of the camera.

Frame from "The Dig" - Shot on VENICE by Claudio Miranda, ASC

There are a few other tricks employed by cinematographers and their crews on night exteriors. One is car headlights. Car headlights genuinely are very bright and won’t fall within the exposure range of the camera. Intuition would suggest that is okay, but it isn’t. It just doesn’t look natural. So one solution is to spray the car headlights with hairspray like "Streaks 'N Tips", which leaves a brown film on the headlight and knocks down its intensity. Alternatively, neutral density filters can be cut to fit over the headlights and if carefully fitted, can reduce their intensity and make them look completely natural to the camera.

Reflective surfaces like cars also offer challenges for night shoots. They are mirrors that will reflect not only lights but cameras and camera crews. To knock down their finish, we can use car polish or polishing clay and spread it evenly on the reflective surface, leaving it there for the shot. If done properly the reflections are reduced and the light coating of polish goes unnoticed. 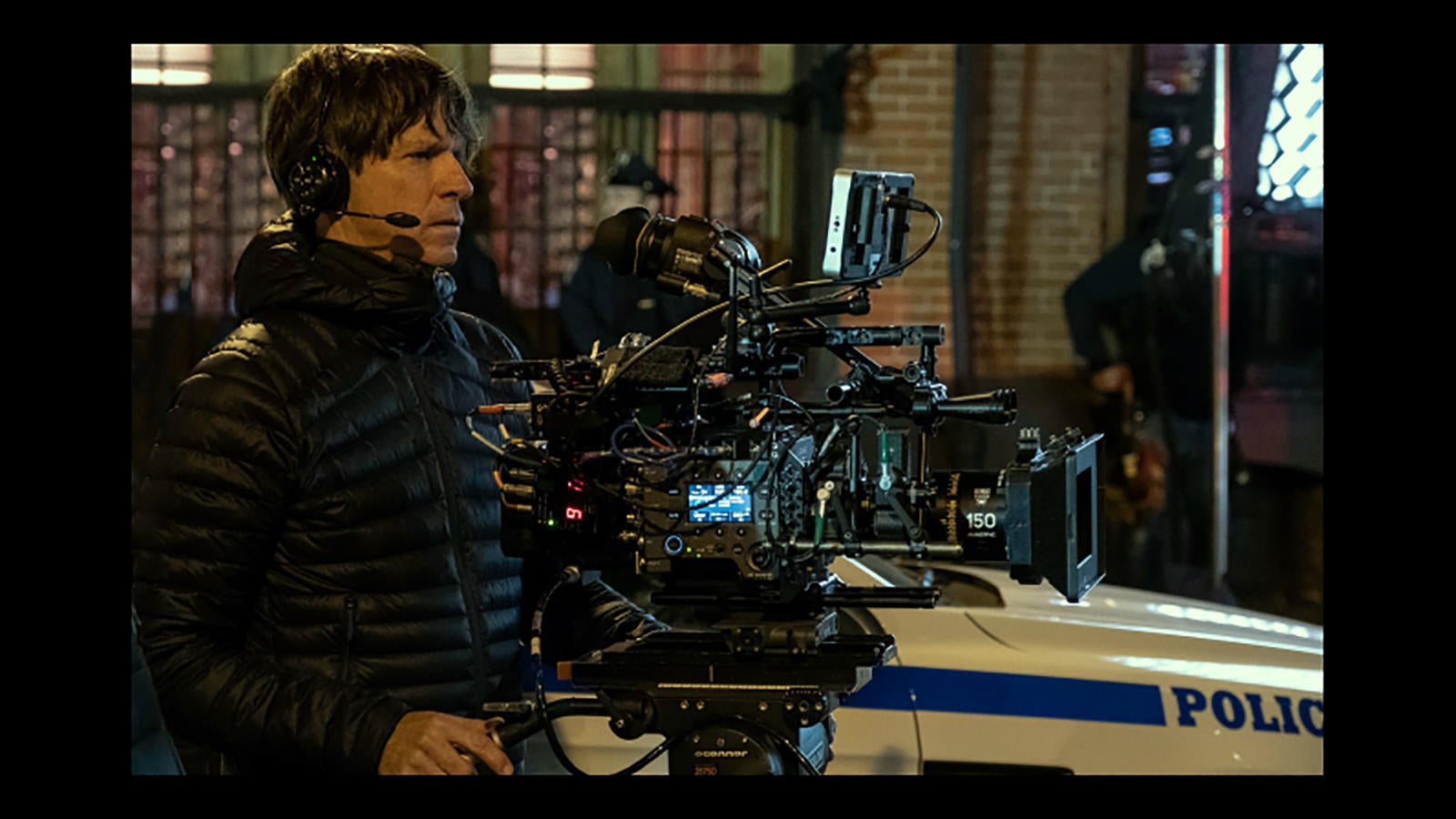 Storefronts feature heavily in most downtown areas and are much brighter than other available light areas. A cinematographer can change out the lights in the store and thereby reduce the strength of those lights (and fix the color balance) or have the grips cut neutral density gels and put them over the store glass windows to reduce exposure.

Many of the principles used in non-urban lighting also work in the urban environment. Fill light is still necessary, and bounce light off 12' by 12' frames can work extremely well. Backlight is useful for providing separation from a dark background.

Cities have lots of moving lights, like headlights and signage. It’s great to get things in front of those lights that also have movement and life. I am a big fan of smoke, for example. I will plant smoke machines all around the set and let the smoke waft down the street and pick up the colors of dominant light sources, or simply build-up detail in heavy shadow areas (as smoke does). I think it is beautiful, and you don’t have to worry about it being motivated. We are used to seeing smoke in a city from a variety of sources so it won’t seem out of context.

I have said a lot about knocking down reflection in this article, but sometimes we want reflection. Reflection on dark surfaces allows them to be seen by an audience. A black matt surface at night is completely lost on camera. But make it reflective, or partially reflective, and it will be seen. In my early career when I shot music videos we used to do “wet-downs” all the time. This would involve soaking virtually every surface that was in a shot. On a music video it didn’t have to make sense, but in a feature or major television show, it does. On "S.W.A.T."  we would sometimes have a water truck wet down a whole street to make the pavement reflective, but then let it dry slightly, so we could still get highlights without the ground looking wet.

When you put all these elements together, it can be great. In a sequence where a plane lands on the Sixth Street bridge in "S.W.A.T.", I held exposure on all of Downtown Los Angeles in the background. The pavement of the bridge was wet down to kick back some highlights. Musco lights lit the bridge and the surrounding areas and other Musco lights provided backlight for separation of the entire action. Smoke wafted across the set, and we had a shoot-out with squibs creating bullet hit effects. Add to that the fifteen cameras we were shooting with, the massive stunt set up which included “landing” a plane on the bridge and machine-gun fire, and you get the picture. The magic of night shooting.

Check out these stories to read more about shooting at night!